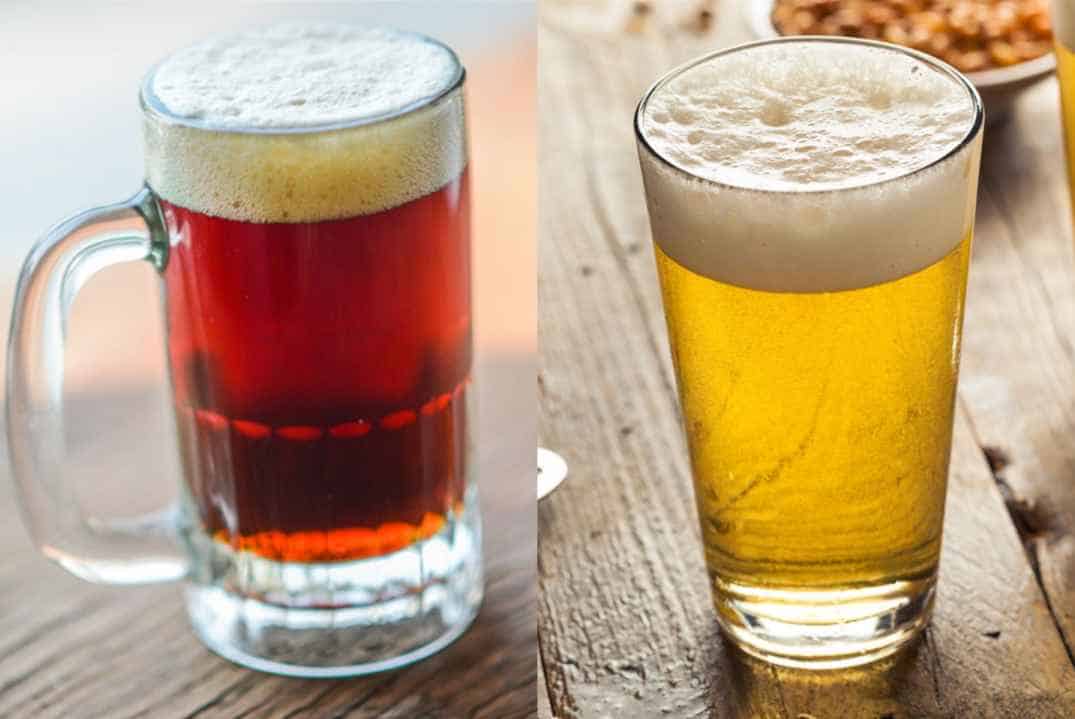 Today, beer is no longer, well, just beer! There are now pilsners, stouts, IPAs, and many more! With that, being a zythophile could both be delightful but, at the same time, baffling.

Well, allow us to help you clear up some confusion for today. Let us talk about the difference between ale and lager in this discussion! So, grab a beer, and let us jump into this talk now!

What Is an Ale Beer?

Ales came into the scene first. With that, it only seems fitting to talk about this beer first.

Ales are your flavorful beers. These drinks are generally sweet, bitter, and fruity. In addition, they tend to be rich and full-bodied. However, that is only the surface.

Ales are your beers that generally use a type of yeast you might have already heard of if you are into baking, the Saccharomyces cerevisiae. Additionally, it makes use of top fermentation.

Types of Ales to Look Out For

Ale is a broad term. One could say it is only one branch of the drink and does not only refer to a single beer. Instead, it has a few sub-branches. With that, let us look at some ale beers you might want to consider getting a bottle, can, glass, or pint of to understand better what ale beers are.

What Is a Lager Beer?

We got the basics of ale beers down. Now, let us shift the spotlight to lager beers.

Lagers came much later in the scene. With that, some go as far as to say these drinks are new. That is not entirely false. That is if ale is the baseline. However, that is not wholly true either. This beer has been with us for centuries already now, after all!

The name of this beer came from the German word “lagern.” Simply put, this term means “to store.” It might not make much sense now. However, in a bit, you will see that it is a fitting name.

Lagers tend to have mild flavors. Generally, it is known to have a clean and crisp taste. However, again, that is only scratching the surface.

Lagers are your beers that generally use Saccharomyces pastorianus or Saccharomyces carlsbergensis yeasts. (Keep in mind that these two are now synonymous with each other.) In a way, these yeasts are unique in that they are mostly only used for brewing.

Types of Largers to Look Out For

As you might have guessed after reading about ales, there are also different types of lagers. As we say here, the best way to get to know a drink is to see, smell, taste, and even feel it. In other words, to experience it yourself. With that, here are some lager beers you might want to try to understand lager beers better.

Ales and Lagers: How They Are Similar

Before we go and jump to expounding on the difference between ale and lager beers, let us briefly talk about their common point.

From all that we discussed above, the common point of these two is that they are both beers.

In addition, they are both the main branches of beer, if you will. As you can guess, understanding their difference is essential in easing into the beer scene. With that, let us get to the difference between the two now.

Ales and Lagers: How They Are Different

We got to know ales. We also got acquainted with lagers. Finally, we also took a look at the similarity between the two. With that, let us now go and get into the detail of the difference between these two drinks.

You might be surprised, but it is not in the characteristics of ales and lagers that the difference is most prominent. As you can see from the chart, it is in the process.

There is not much to say with this point, as it is pretty straightforward. However, keep in mind that this one is only a general difference. It seems some ales can undergo fermentation at cold temperatures. On the other hand, there appears to be some lagers that can undertake fermentation at warm temperatures.

Before we go to our last differentiating factor, let us briefly introduce you to the California Common. It is a nifty beer in more ways than one. For one, it offers a complex set of notes. However, that is not what we will talk about here.

As we have said above, the temperature can be a differentiating factor, but it is not the best. That is because ales can take on the cold. On the other hand, lagers can take on the heat. Hybrid beers can be a great way to prove this.

There are many hybrid beers, but we will use the California Common here. This drink is known as a lager but uses ale temperatures. As you can see, it is an example of the blur in talks of temperatures with ales and lagers.

When differentiating things, often, talks of what is better arise. Well, let us briefly talk about that before we let you go.

The answer to this question is not that straightforward. It would depend on who you ask. As you might already know, we all have different preferences. With that, what might be better for one, might not be the same for another.

However, we believe that none is better than the other over here. To fully enjoy a type, it would be ideal to taste the other as well. This way, you have something to compare and contrast the other too!

Beers are no longer as simple as they used to be. On one end, that can bring a beer lover delight. On the other, it could overwhelm a new zythophile.

Today, we talked about the difference between ale and lager, and we hope we got to help you ease your way into the beer scene. That is only the beginning, though. There is still so much to learn about beers! With that, you might want to head on over to our other beer discussions now!

We will see you there!