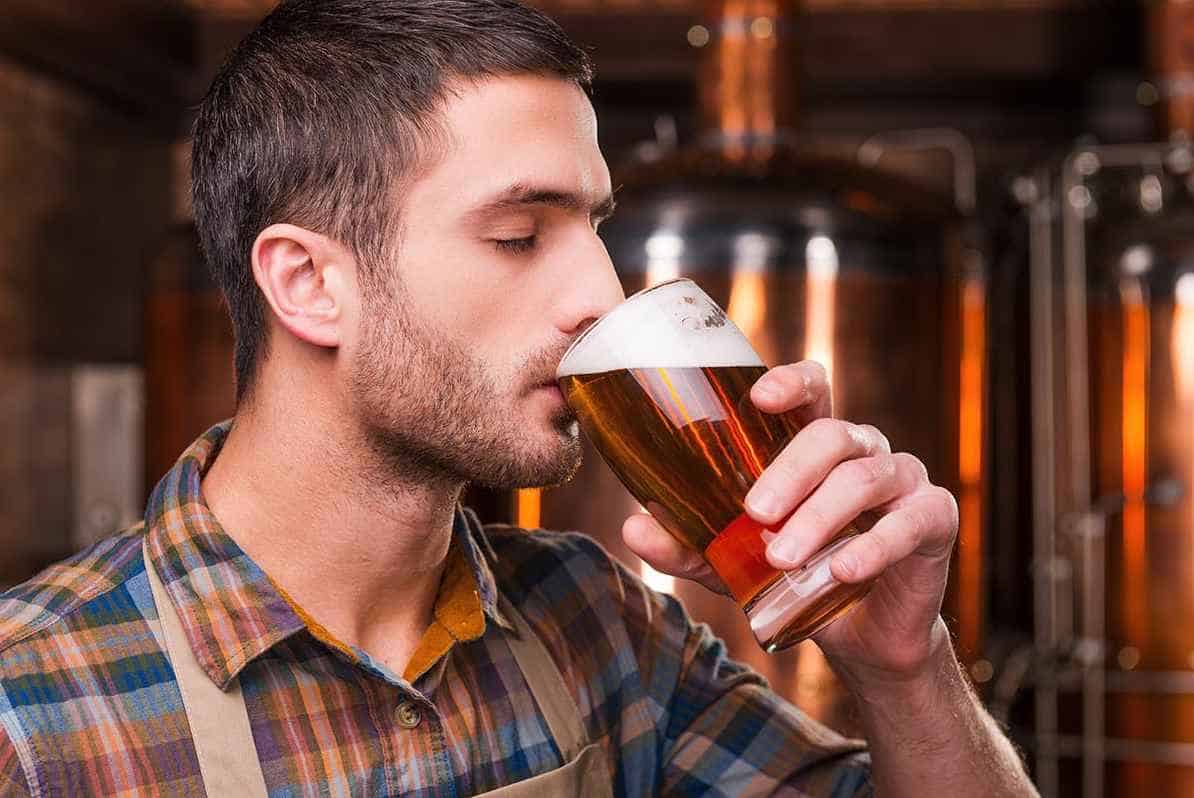 Has it ever crossed your mind what a beer tastes like? Beer flavors can go from sweet to sour and bitter depending on its ingredients, age, and storing process.

You’ll sometimes meet beers with flavors different from what you’ve tasted. So, if you’re curious, check your new brewing best friend, our ultimate flavor guide, and discover what beer tastes like!

It would not be surprising to say that beers hold a broad range of flavors. Factors like ingredients, age, and storage process affect its taste. Simply speaking, beer can be bitter, sweet, and sour. And believe me, there’s no absolute taste description covering it all.

You probably get what I’m saying if you love beers because they taste unique and special. On the other hand, if it is your first time drinking it, I get that you might be dying to know how it tastes. While there’s no direct answer, we collect facts and list the beers’ primary flavors. So here we go!

If you’re like me, who loves beers, you’ll know that this drink is crisp or clean. If it’s described as crisp or clean beer, it’s most likely that the beer would be refreshing. Crisp beers would have a delicate impact on the taste buds and leave a drying, finishing feeling in the mouth.

People love throwing this adjective when talking about beers. But what do malty beers taste like? When the beer’s malty, you’ll find it sweet. Brewmasters add malt to the beer to make it alcoholic.

Did you ever wonder how beers leave a dark or roast taste in the mouth? Beers tasting like cocoa and coffee carry the record of having a dark or roast flavor profile. On top of that, the beers have a dark appearance and deep mouth feeling.

Hoppy beers possess a solid malt base. But still, hops feature the most dominant note. With the generous addition of hops in the brewing process, the beer’s finish touch would release pronounced bitterness and a warm aroma.

Most of the time, brewers pour fruit puree and actual fruit into the beer to level up the fruity undertones. Finally, brighter fruit notes offer flavors of lemon, tart apple, pear, peach, apricot, banana, and lemon.

If a beer’s flavor profile is described as smoky, it has stored malts soaked in wood fires. These are the beers that aged inside oaked barrels. Unlike dark or roast beers, smoke beer showcases a more natural woody taste.

Have you ever wondered how various beers taste differently? How do your favorite beers achieve their flavor profile?

Since crafters made beers with different ingredients, it’s not surprising that these drinks possess unique flavor profiles. So, to understand why beers taste quite differently, let’s see how the ingredients affect the finished product.

Yeast is inevitable in every bottle of beer. We can’t have beer without any yeast since this is the substance that starts the fermentation process.

In short, this ingredient is indeed defining! This ingredient is responsible for beer’s spicy, fruity, funky, and neutral flavors. And since yeasts have sugars, the substance levels up the sweet taste of beer.

Barley and other grains have been widely used to produce beer malt. But barley deserves recognition because it’s relatively the most popular grain. Because of its higher enzyme content, barley does its magic when one brews beer.

On the other hand, toasted or raw grains add depth to the beer and the much-needed sugar for alcohol. But brewers often go for toasted grains since it’s known to add vibrant flavors to the beer. However, crafters agreed that raw grains are the least accessible. At times, it may not impact the beer’s flavor.

Brewers boiled a flower called hop with beer to introduce floral, citrus, tropical, herbal, earthy, and piney. If the hop is mixed before the beer’s fermentation process, it will create a trace of bitter flavor. But what’s impressive is that the bitter taste complements the floral and citrus additives well.

Indeed, we can all see that beer’s main ingredients significantly impact the beer’s overall taste. Most of the time, brewers add more spices, fruits, and additional additives to give beers its finishing touch. But of course, we want to make sure to consider other factors that affect the flavor of our favorite beers.

Facts showcase that the fermentation temperature is also responsible for the beer’s taste. In short, a beer’s temperature is connected to its taste. Therefore, a rule of thumb is to drink light beers chilled. While on the other hand, it’s best to enjoy dark and intense beers at room temperature.

Finally, one can trace the beer’s taste to the choice of container and storage method. Try to observe it. Beers stored in a wooden barrel will always have a unique flavor than one placed in metal containers.

So, while beer’s ingredients heavily affect its flavor, believe it or not, these other details also hold the final say on the drink’s aftertaste.

Flavor Guide: The Tastes of Various Types of Beer

If you’re new to the world of beers, you’re probably searching the web on what beers you should buy or try. But of course, you want something that would go well with your taste buds. On the other hand, if you’re a beer expert, a quick recap of beer’s flavor profile might sound fantastic!

So, in this portion, we’ve listed the popular beer styles in the market and their general taste category. Of course, we admit that beer brands might taste differently and come with surprising characteristics.

But these taste descriptions might present a good idea of what one can expect when they purchase and drink these beers. Here they are!

One would find Pale Ales naturally blonde or orange in color shade. These beers feature a hoppy aroma and flavor. While they’re usually bitter, Pale Ales exposed a well-balanced fruitiness from the malt and sweetness from the yeast.

Its most recognized brand, India Pale Ales, is much bitter than standard Pale Ales. On the other hand, you would realize that English Pale Ales exudes bread, cookie, and caramel flavor undertones.

Known as the lightest beer, lagers are extremely clean with a subtle taste profile. Its delicate taste can be connected to its floral hops and malt selection. If you want to go for lagers, try Stella Artois, Heineken, and Sam Adams Boston Lager.

Brown Ales and Porters exhibit a reasonably similar flavor. The former has a much less alcohol level, flavor intensity, and bitter taste.

You would find porters having a slight touch of roasted malt bitterness. But the two include roasted barley as their ingredients. So, expect chocolatey, coffee-like, and caramel malt flavors to the brews.

Stouts and Porters share the same flavor profile. But stouts light up a notch with more roasted flavors. These beers have a broad spectrum of ABV percentages, taste profiles, and bitterness. While dry Irish Stouts are bitter, it’s easier to drink. But milky stouts are much sweeter and chocolatey.

Sour beers are made from non-traditional yeasts and have a complex and unique flavor. These beers are tart, light, and highly approachable. Most sour beers have spice or fruit combinations, making the drink incredibly pleasant.

Indeed, the beer’s taste cannot be captured in one word. It can be sweet, sour, bitter, creamy, or malty. On top of everything, the main ingredients play a significant role in the flavors that would develop within the beer.

With our complete flavor guide, you’ll understand the unique taste profile of beers. Keep our list in mind when you have your first sip! Cheers!