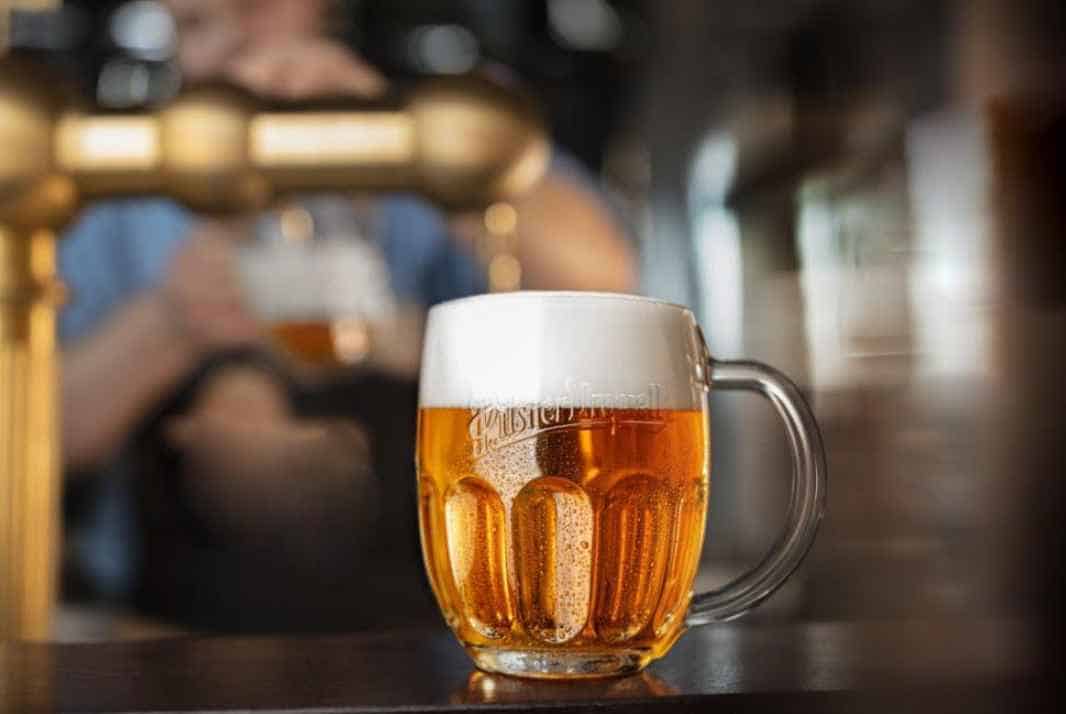 “What is Pilsner beer?” If that is the exact question playing on your mind today, you came to the right place! Today will be all about this beer. We will go through its history, basics, styles, and much more! We have plenty to talk about, so get a bottle or can of Pilsner beer, and let us get started now!

The History of the Pilsner Beer

First thing, first. Let us briefly talk a bit about the history of this beer before getting up close and personal with it.

Often, this beer gets referred to as the world’s 1st golden beer. However, that is not true. Despite that, this beer undoubtedly shook the scene and introduced a new favorite in the brewing world upon its creation.

This beer got created in 1842 in Pilsen, Bohemia, Czech Republic. The man was Josef Groll. On the other hand, the brewery was the Bürger Brauerei.

The invention of this beer is an accident. It came about from a failed attempt to recreate the Bavarian-style lager. However, it only took one sip for the citizens of Pilsen to welcome it. Soon enough, from its humble hometown, this beer was making its way to different parts of the world. Today, it is now one of the most-known beers in the brewing scene.

The Basics of the Pilsner Beer 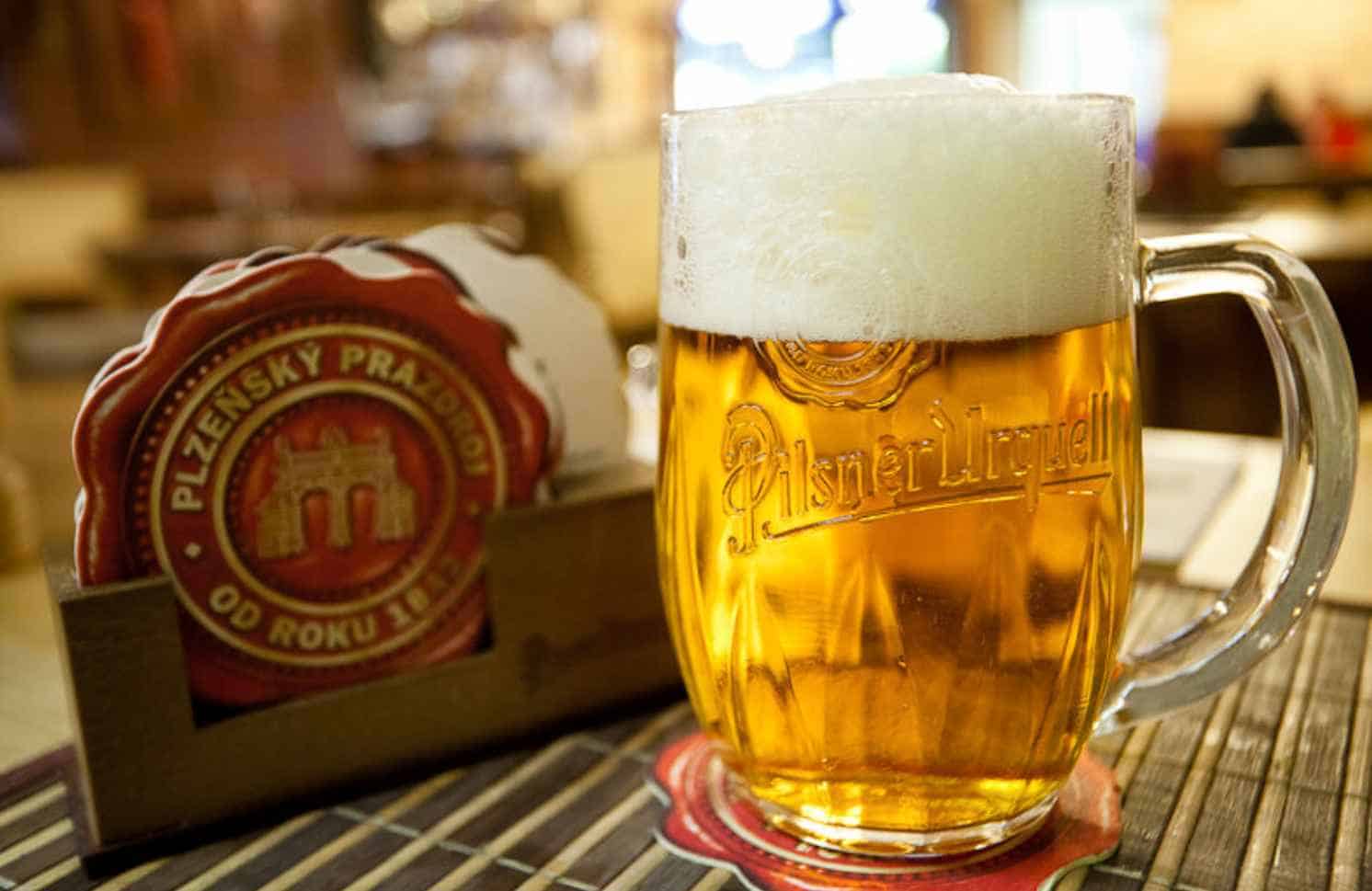 We now know the history of this beer. Now, let us start getting up close and personal with it.

What is Pilsner Beer?

Simply put, a Pilsner beer is a pale lager. A type of it, at least. However, it is not an ordinary pale lager at that! It was the first one on the scene!

This drink comes in a golden hue. In addition, it has a clean and refreshing taste with some hoppy tang – the latter being one of the main assets of this beer.

We now got a good first look at this beer. Now, let us go deeper!

Characteristics of the Pilsner Beer 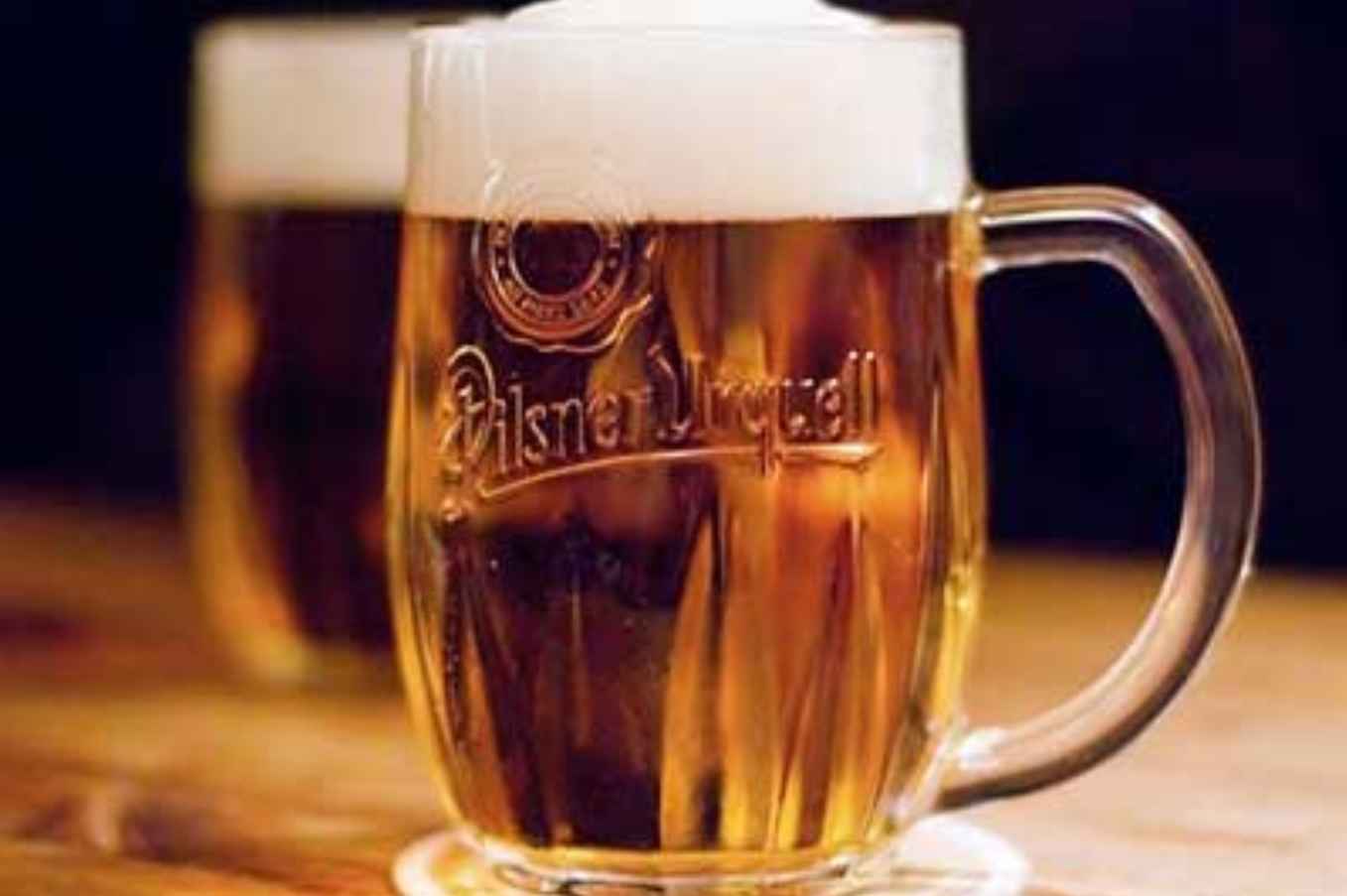 As for the IBU, the bitterness of these beers ranges from 25 to 45, making them lightly to moderately bitter. Finally, it has an ABV of 4.2% to 6%, putting it in the average range of alcohol content in the world of beers.

These beers often appear in shades of gold and almost always sport some clarity. As for its flavors and aromas, Pilsners almost always have some malty, spicy, and bitter notes. On the other hand, it is medium-bodied, making it ideal for those who do not light their beers light or full. In addition, these beers tend to sport noticeable carbonation.

When partnering them with a meal, Asian and Indian cuisines are some of the best choices! Finally, do not forget that these beers only have a 4 to 6 months shelf life. With that, you want to drink moderately but do not stock them up for more than this range.

It might be the best time to note that there is more than one Pilsner beer. With that, you might want to keep in mind that this overview is only a general look. As you can expect, the different types each sport unique characteristics.

The Styles of Pilsner Beers 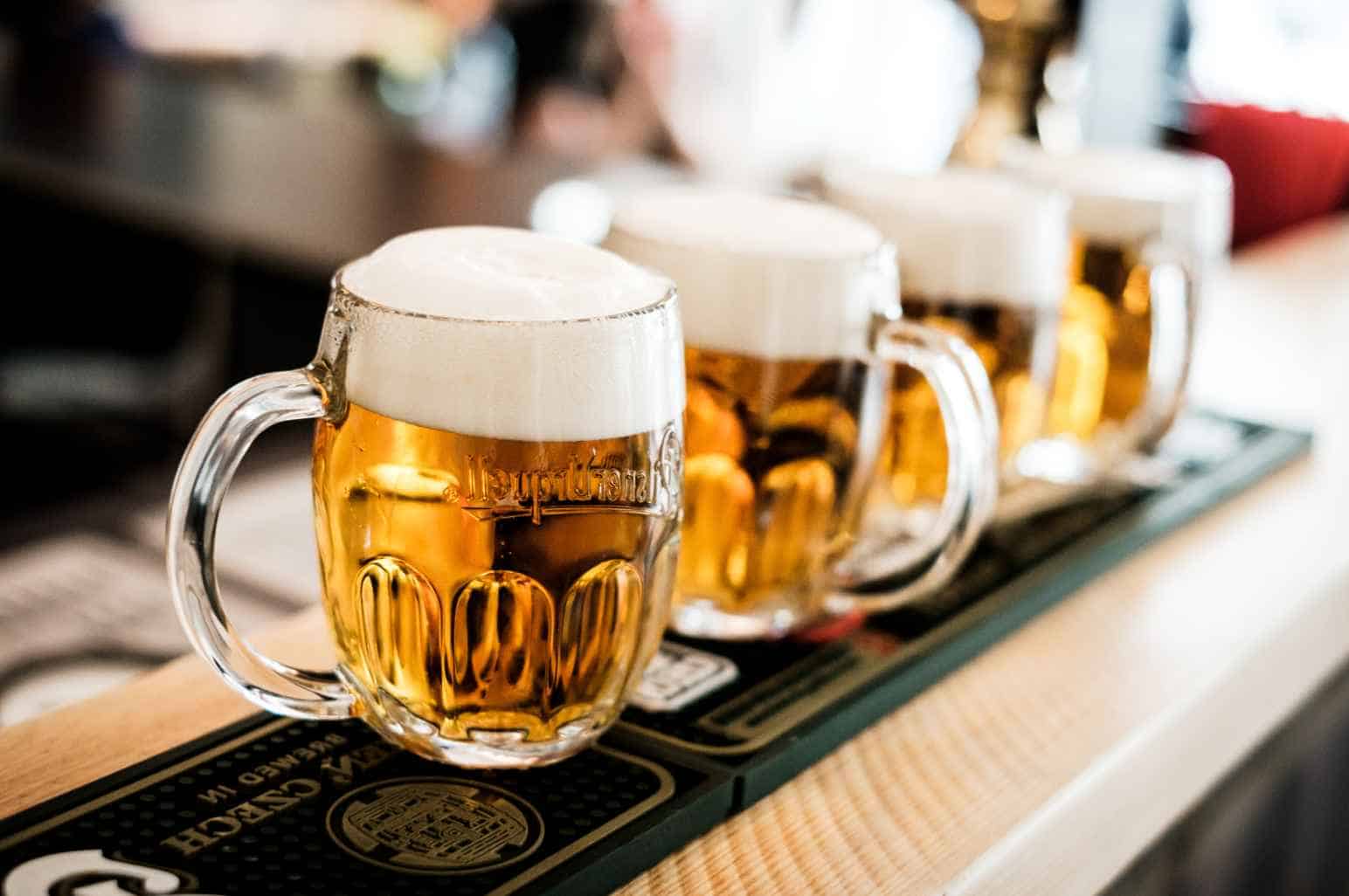 First, we have the Czech-Style Pilsner, also known as the Bohemian Pilsener. This style is one of the most popular and known among the five we will discuss today. However, it means different things in different places.

In its home, a Czech Pilsner refers to the original style that started it all. Outside of the country, it can point to almost any gold lager. With that, consider where you are when looking for this style.

On the other hand, there is the German-style Pilsner. This one is another popular style. It is the style to get for one looking for the clean characteristic of these beers. While every style sports this characteristic, the German style is one of the styles that sports it best.

The European style does not often make it into the discussion about the Pilsner styles. However, simply put, it is the one to consider if one wants something with some sweetness.

The American style is not by the Americans. It is by the Germans. As you can see, that is how much the Germans like their Pilsner! They brought it with them when they moved! This style is similar to the German one, but only with an American twist.

The last style we will talk about today is not actually a style. However, it is one of the most popular ones. These beers are called Pilsners, but many only have some semblance of the original.

If you want to taste the real thing, these are not the ones you want. However, that does not mean these ones do not taste good. It is all a matter of preference. At some point, it would be ideal to taste one of these to compare it with the original.

Still, with how many manufacturers have settled with an imitation Pilsner, you will likely encounter a bottle or can of it once or twice whether you like to or not.

Pilsner Beers to Check Out 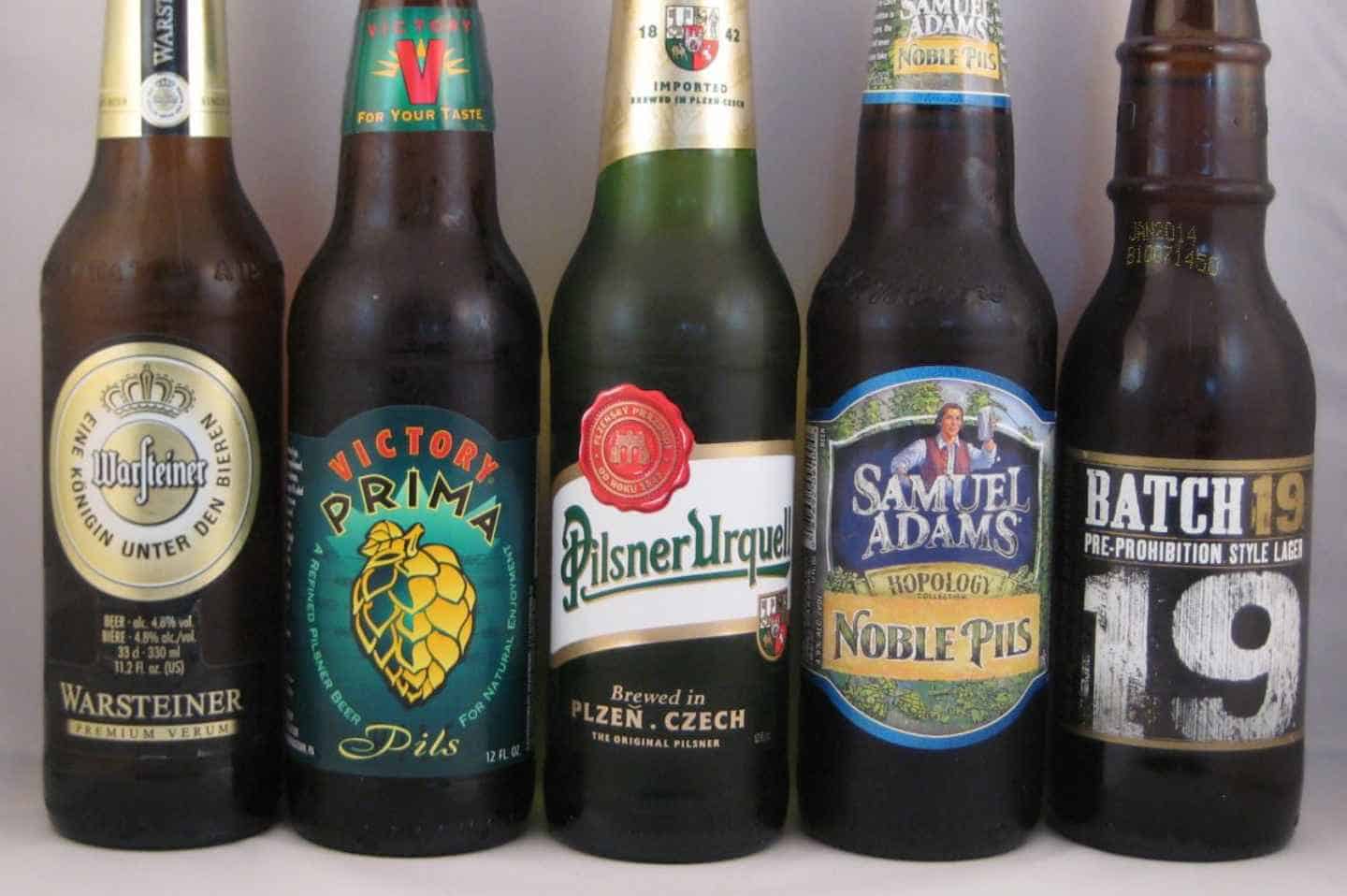 With all that, you might now be thinking of getting a bottle or can of these beers. Well, you need not worry! We have here some brands you might want to check out next time you go beer shopping:

As we have said earlier, Pilsners are one of the most popular beers today. These are only some brands to get you started on your Pilsner journey. Do not limit yourself to these five! If only you do a little hunting, there is so much more to discover!

Over the years, Pilsners have become synonymous with lagers. While that is not entirely true, it does have some truth. That is because all Pilsners are lagers. However, not all lagers are Pilsners.

For one, Pilsners only sport light colors. On the other hand, there are lagers with darker hues. However, one of the best characteristics of Pilsners to set them apart from lagers would likely be their hoppiness.

With that, it might be the best time to point out that the question is not that right. That is because the two drinks are not exactly in the same category. They are both beers, but one could say that one is the main type while the other is a subtype.

The Pilsner beer is undoubtedly a tasty drink. However, the best way to enjoy this beer is to not overdo it!

According to the Centers for Disease Control and Prevention, those of legal drinking age should only have one to two drinks on a drinking day. This way, one can enjoy beers while avoiding alcohol-related health problems. With that, you want to ensure you only drink one to two glasses a day or only drink occasionally!

On the other hand, contrary to popular belief, one can drink beer every day. That is if one stays within the limit mentioned above. Still, we recommend refraining from drinking beers daily. Not only for health reasons but to keep it special, well, for special occasions!

What is Pilsner beer? Today, we answered this question and many more! We hope we got to help you know this fun drink. However, it is not the only beer to get to know. We still have many drinks to introduce to you, so if you want to meet them, you can go and check out our other talks now!

That is all for this discussion, though. See you around soon!