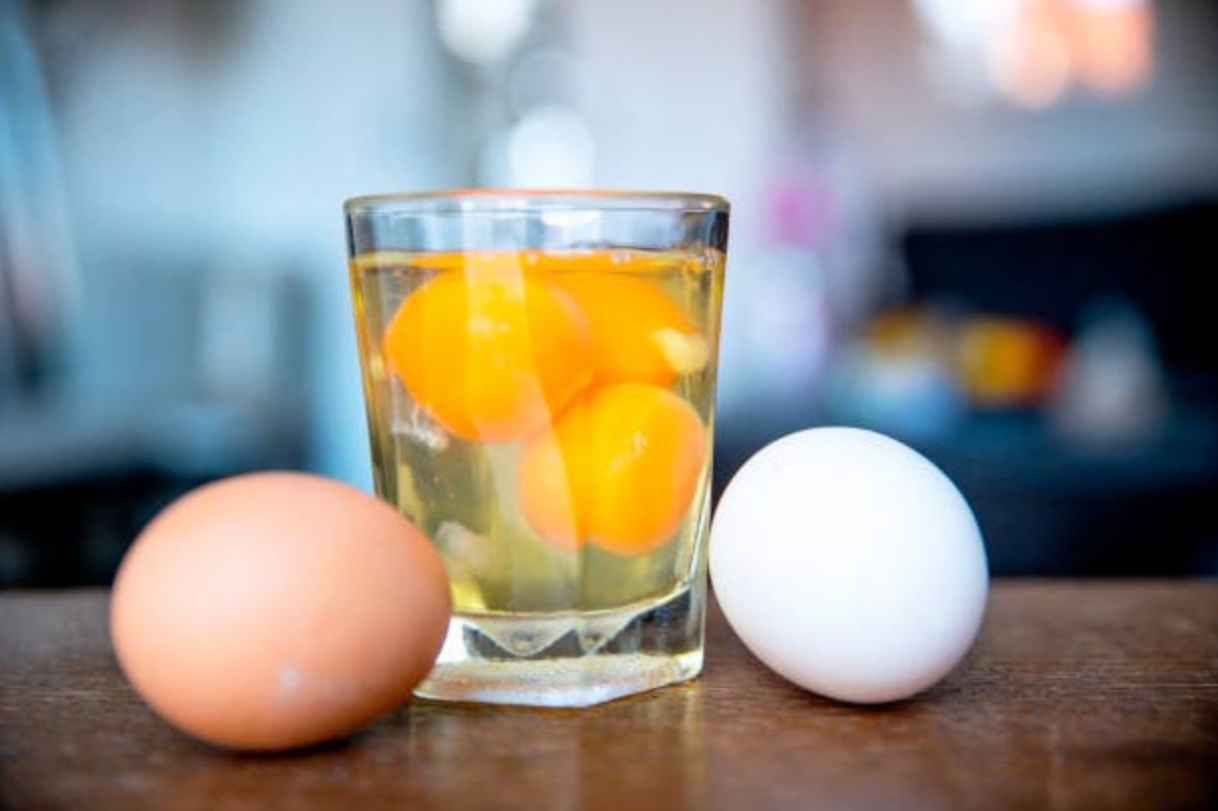 A couple of nights ago, my friends talked about drinking beer and eggs. I was so surprised because it’s something I haven’t heard before. Apparently, it’s something people have been doing for quite a long time now. So, why do people put eggs in beer?

The Origin Of Egg In Beer

Drinks like eggnogs and flips that use eggs as a primary ingredient have been in existence for centuries. Therefore, adding eggs to beverages seems like a common practice of different groups of people.

There have been conflicting stories regarding the origin of adding eggs in beer. Some credit England because it was popular amongst the English in the 17th century.

Regardless of where it originated from exactly, the practice made its way across the Atlantic and became a favored drink of miners, especially in the Eastern US.

The “Miner’s Breakfast” which this beer and raw egg beverage was referred to, was in demand during the 19th and 20th centuries. Its popularity even extended until the 1930s to 1940s.

While many might not have known about this, drinking beer and eggs still exists in different parts of the world.

Why Is Egg Added?

There are several reasons why people would intentionally mix beers and eggs. Since I was very curious about the whole thing, I came across these plausible explanations for why this drink became popular. 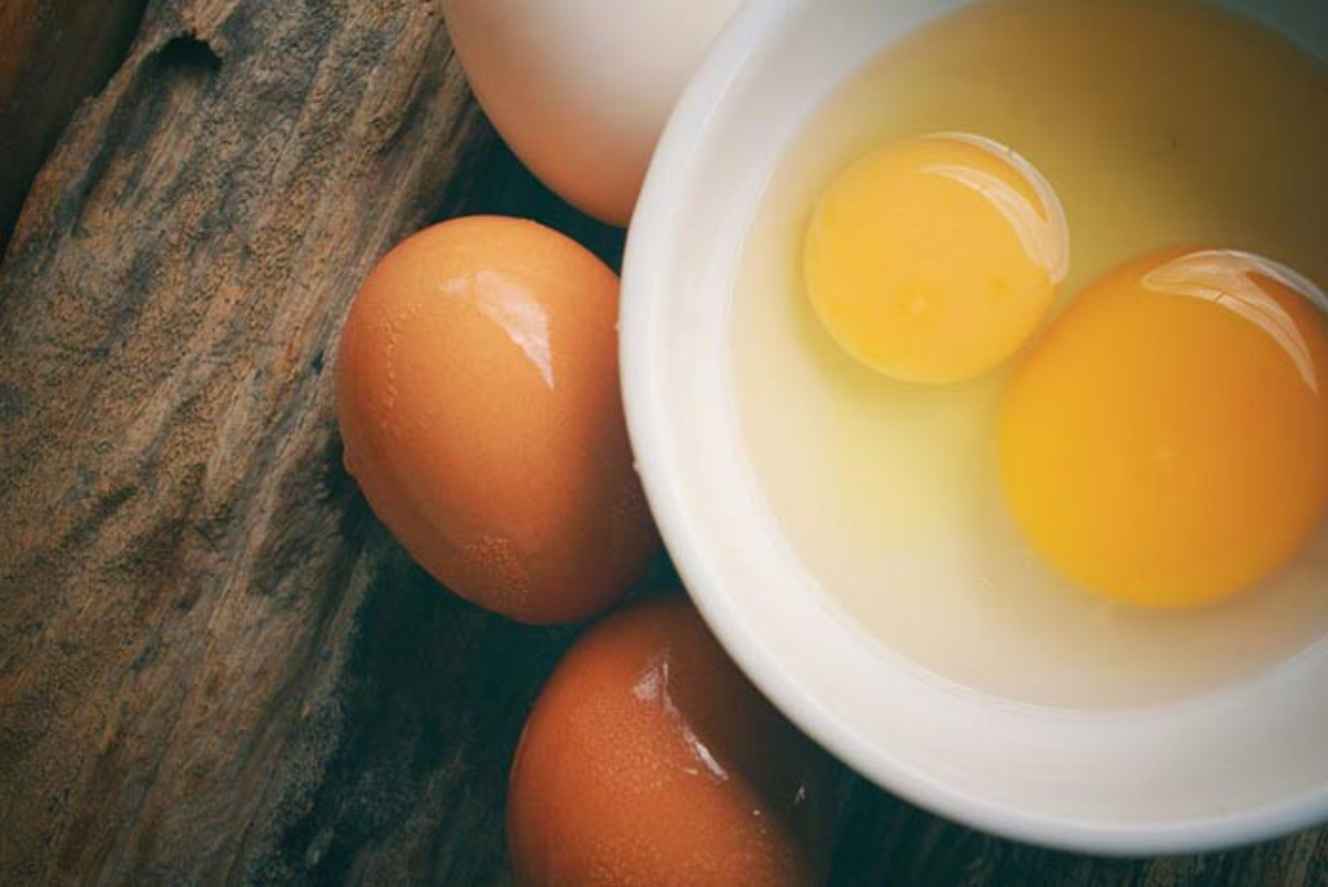 Protein plays a vital role in our body functions – from boosting metabolism, maintaining weight, building muscles, and so much more. Having said that, sufficient protein is in our bodies.

Adding an egg to a glass of beer is one way of upping our protein intake. We all know that eggs are an excellent source of protein and are easily accessible. It seems to work together, so perhaps that’s one of the reasons why people started putting these two together.

Some people believe that drinking beer and eggs does many good things to the body, including helping cure whatever ailments you might have. Modern practitioners of medicine would probably side-eye this, but those practicing this would beg to differ.

During the olden times, when medicine and science were not as advanced, people were drinking a mix of beer, eggs, and other components. They believed these cured their maladies like flu and cough.

Drinking beer after getting a hangover sounds like a crazy idea. But this seems to be something that some people have faith in. The concoction of beer and eggs is considered a hangover cure.

Some might argue about how effective this beverage is, especially since there isn’t a lot of proof that it works. I suppose the best way to find out that it does work, in one way or the other, is to drink beer and eggs when I have a hangover myself.

If you are a beer connoisseur, you would know that its clarity can affect its taste and flavor. One of the hacks that brewers and drinkers alike would do is to add egg whites to the beer. The egg helps filter particles and sediments that make the beer cloudy.

Any homebrewer looking for ways to clarify their beers should explore this option. You just have to take some eggs from your refrigerator, add them to your brew, and see what happens.

How Do People Add Egg In Beer? 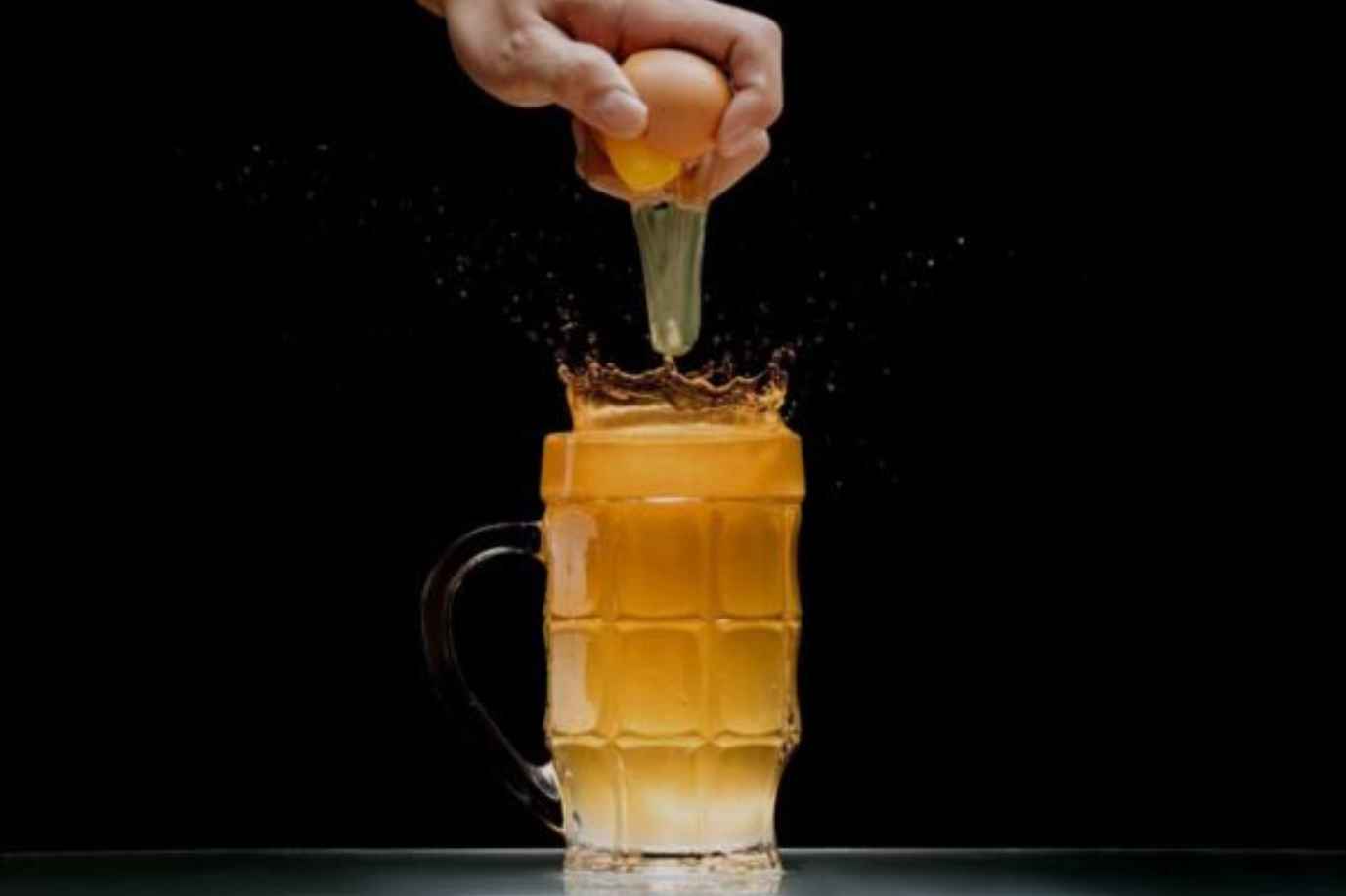 If there’s one thing you should know about this whole adding eggs into beer business is that it’s not rocket science. All you need are your beer of choice, a glass, and an egg.

Once you have chosen the beer you want to drink, crack the egg open and drop the whole thing into the glass. There aren’t any complicated moves needed to do this.

There is also the option of doing the reverse – putting the egg into the glass first and then adding the beer. The yolk would usually sink to the bottom of the glass, so you can either choose to keep it that way or stir it.

An Egg Beer Recipe For You 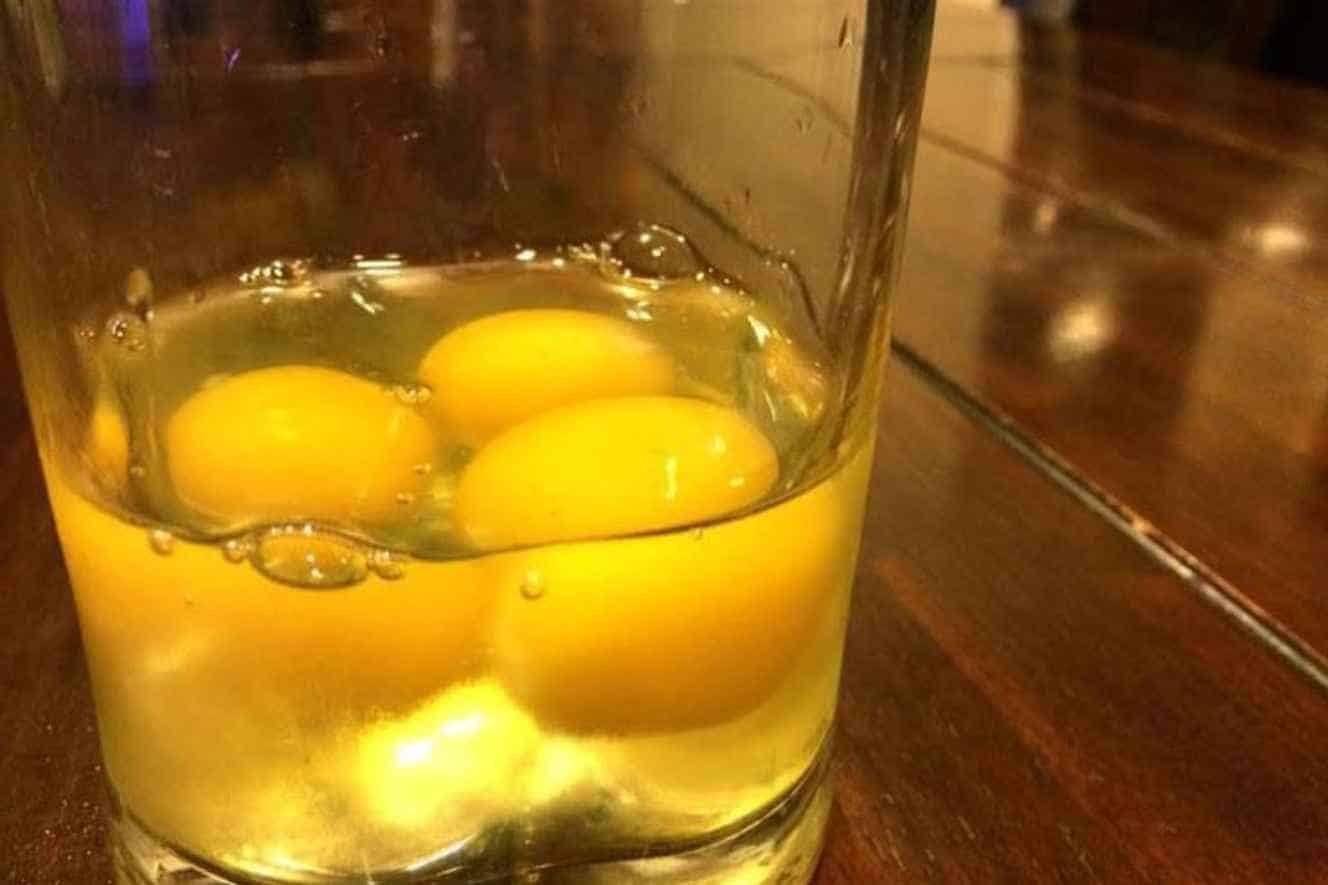 On page 47 of Fancy Drinks and Popular Beverages, a book published towards the end of the 19th century, you can find a rather concise Egg Beer recipe. Instead of just using egg and beer, you need some sugar.

This short recipe starts this way – adding one spoon of sugar and one egg into a glass. Before you take your beer out, you should beat the egg and sugar together. The instructions do not tell you how long you have to beat the egg, but to be safer, you should do it well.

After incorporating the egg and sugar, you can now add whatever beer you have, and you are all set!

Since we are talking about raw eggs here, you must exercise caution when consuming the beer. Before diving head first into this, there are some things you should be mindful of and remember. 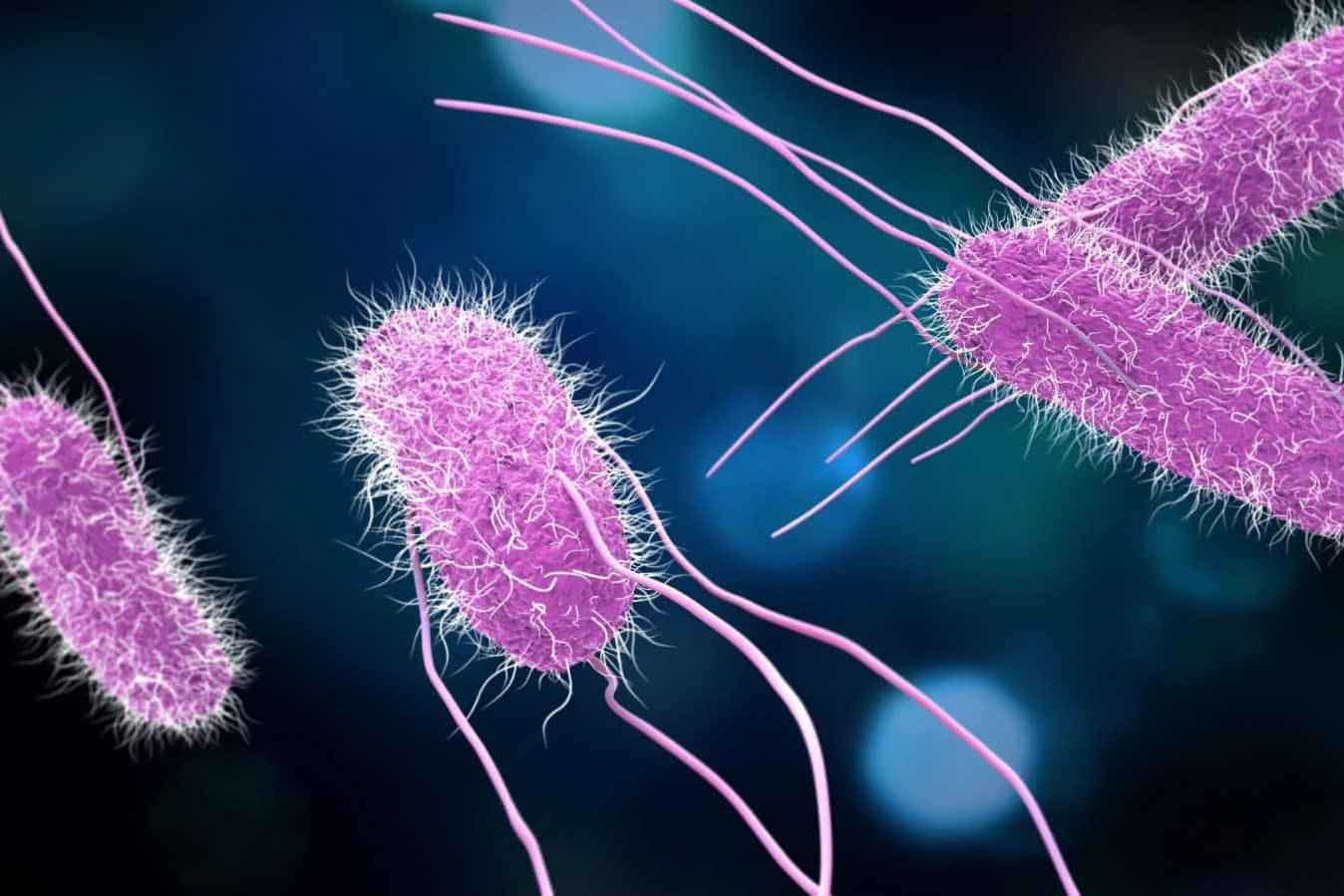 In some parts of the world, authorities warn about the dangers of consuming raw eggs. It’s because the chances of getting an infection from Salmonella increases.

While measures to curb Salmonella contamination have been taken, it still does not guarantee that the raw eggs are safe for you to consume.

If you have plans of putting an egg in your beer, know that you are risking yourself, and it might have some consequences in the end.

Take note of the tell-tale signs that Salmonella has infected you. You really have to call your doctor or take yourself to a hospital if you are experiencing these symptoms:

It only takes hours for the signs and symptoms of Salmonella infection to manifest, so you have to be conscious at all times. 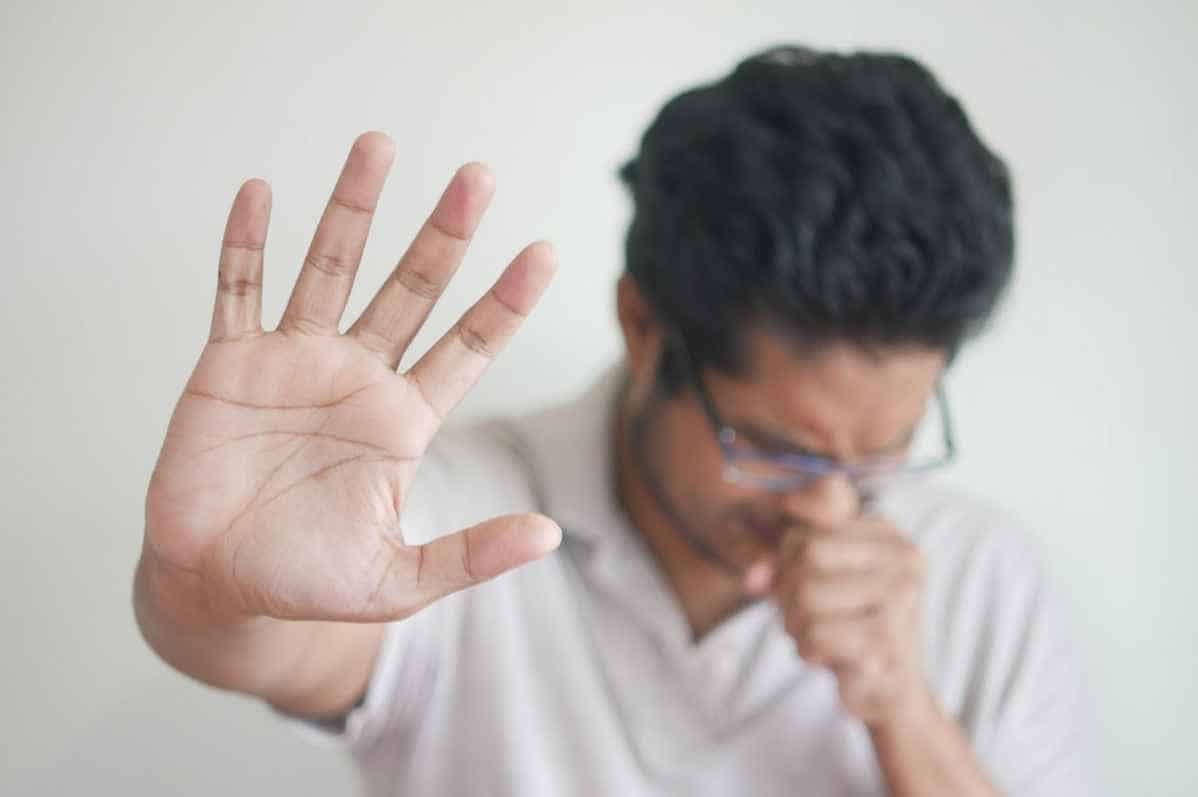 The immune system of some people might not react well to eggs, causing an allergy flare-up. If you know you can’t have any eggs, be it the white or yolk part, it’s best to avoid drinking this beer mixture.

There might be some folks out there who aren’t informed about their egg allergy, so when they attempt to drink beer and eggs, they are in for a surprise. If any allergic reaction occurs, seek emergency attention as soon as possible.

Bad For You: Too Much Beer And Egg 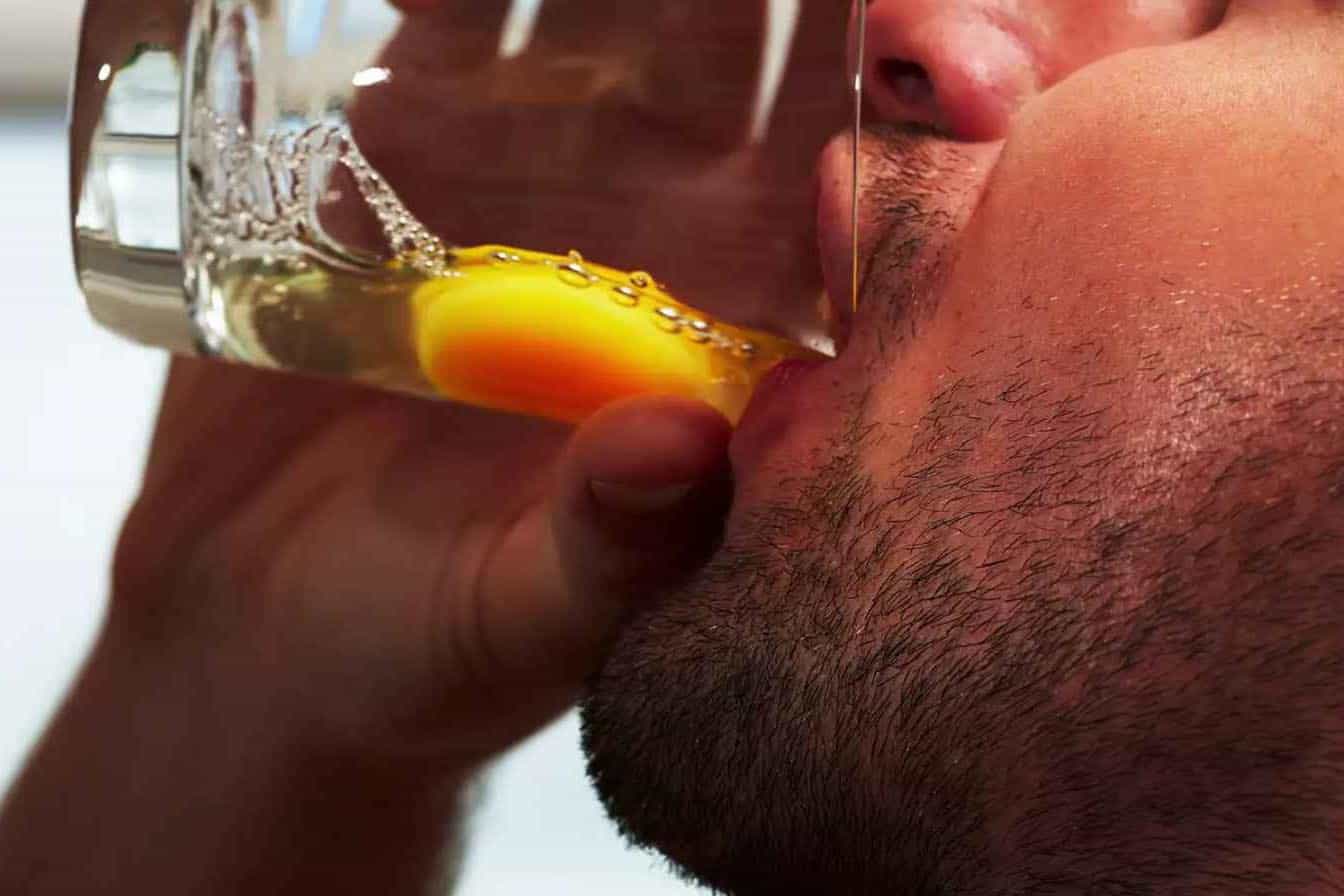 I’m sure the phrase that having too much of something is bad for you is familiar to you. Well, that’s also applicable to eggs and beers. You might have to rethink your life choices if you have much of either egg or beer, or both, in this case. Consuming something in moderation is the key here, people!

The overconsumption of eggs increases the development of certain diseases, especially those concerning your heart. Eggs are rich in cholesterol, and when you over consume it, it might increase the LDL (also known as the bad cholesterol) in your system.

There are also a lot of possibilities involved when you overdrink beer. Those alcoholic beverage ads are not joking when they tell people to drink responsibly.

Developing chronic illnesses rises when you drink too much beer. It affects your physical, physiological, and mental being. You should consider the dangers of drinking excessively before opening that beer bottle.

Egg In Beer: More Than Just A Beverage 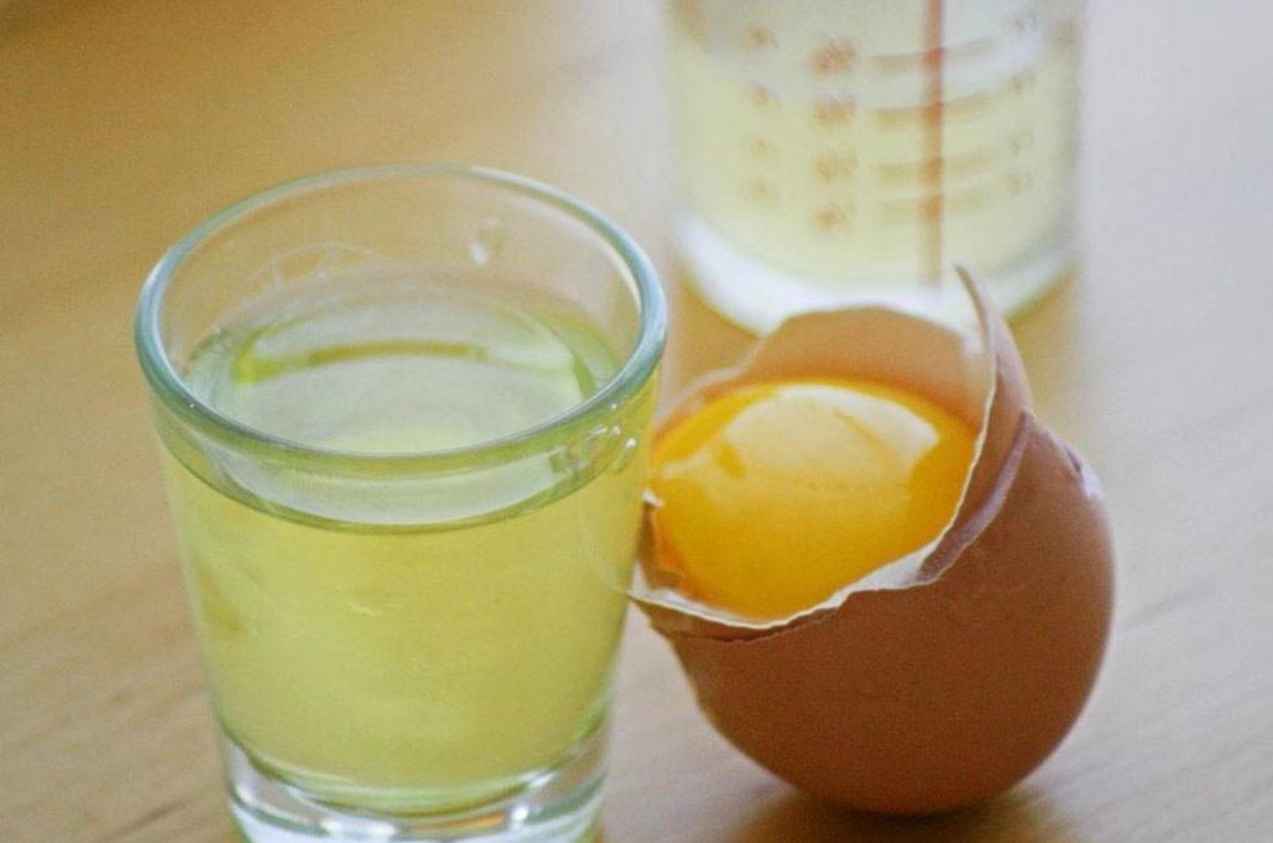 If I thought drinking egg and beer was odd, color me supposed when I stumbled upon information about how these two are used as ingredients for a hair mask!

When your hair needs nourishment and moisture, this beer and egg mask might be the answer to your problem!

Say sayonara to spending a lot of money buying costly products and paying for salon services because this hair mask might be your saying grace. The awesome thing about this is it only uses beer and egg yolks.

Before applying the hair mask to your damp hair and leaving it for about 20 minutes, don’t forget to fuse the two ingredients in a bowl or whatever container you have. After rinsing your locks, the result of using an egg and beer hair mask would astound you.

Are You Ready To Drop An Egg Into Your Beer?

Whether or not this drink is for you, you have to admit it’s pretty fascinating. While it might still leave some perplexed as to why some people put eggs in beer, it’s their prerogative. As long as these people know its pros and cons, then they can try it if they choose to!