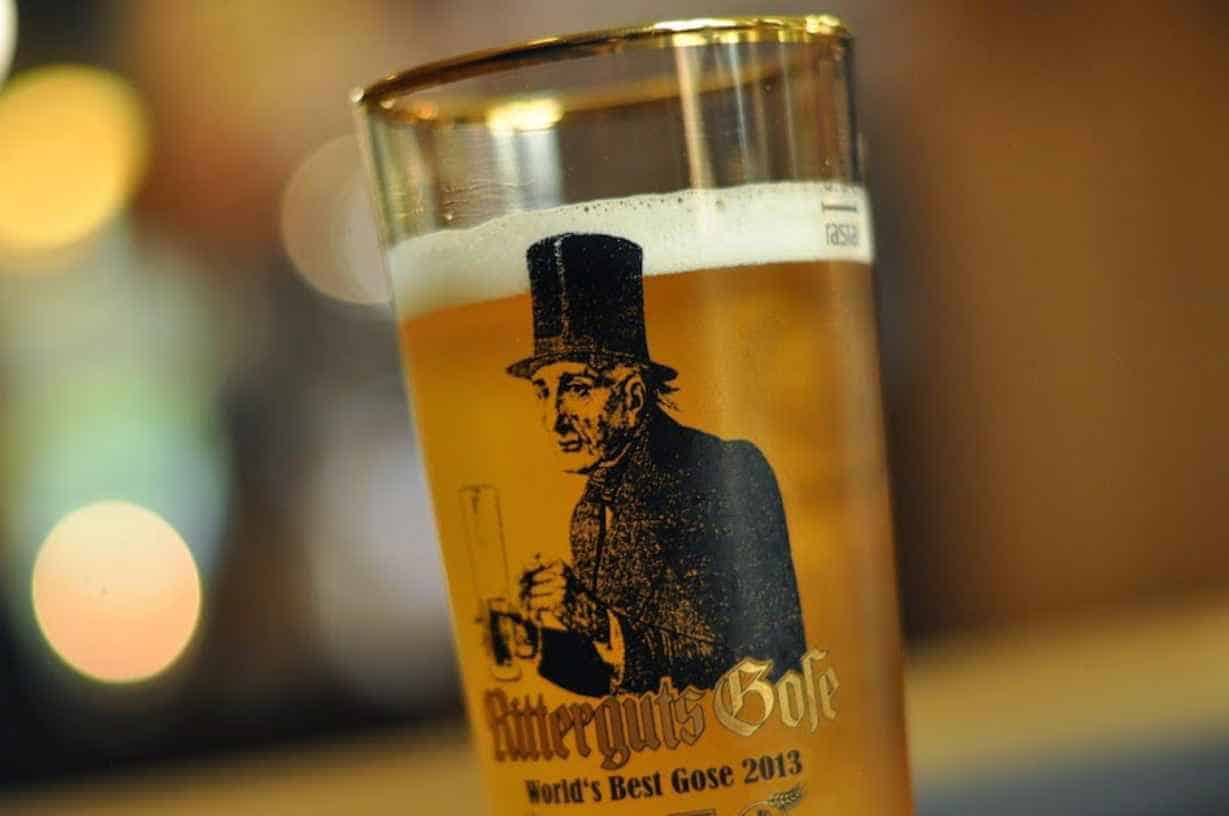 While searching for new beer types, you must have encountered one called Gose Beer. With its unique taste, it may have surely piqued your interest, thus bringing you here to our article. Let us answer the question “what is a gose beer?” and “how is it made?”.

For everyone who doesn’t know, Gose beer (pronounced as ‘Goes-uh’) is a pale wheat beer made unique by its main ingredients, salt, and coriander. It’s rich in lactic acid, added during the boiling phase, with incredible sharpness and crispness.

This beer also has a certain dryness and is short of bitterness, making it an excellent choice for casual beer drinkers. Other people often compare the Gose beer with the likes of Berliner Weisse beers because of their similarities in mixing before serving.

Gose beer is a low-alcohol beer with a fruity, sour taste. Thus, it is often drunk, even at any time of the day. Instead of using barley like it is most typically done, it is made from malted wheat grains.

That’s why it’s no surprise that this beer faced a lot of love and hate from the public for being a one-of-a-kind beer. Find out more about Gose Beer’s ups and downs in a summary of its history below. 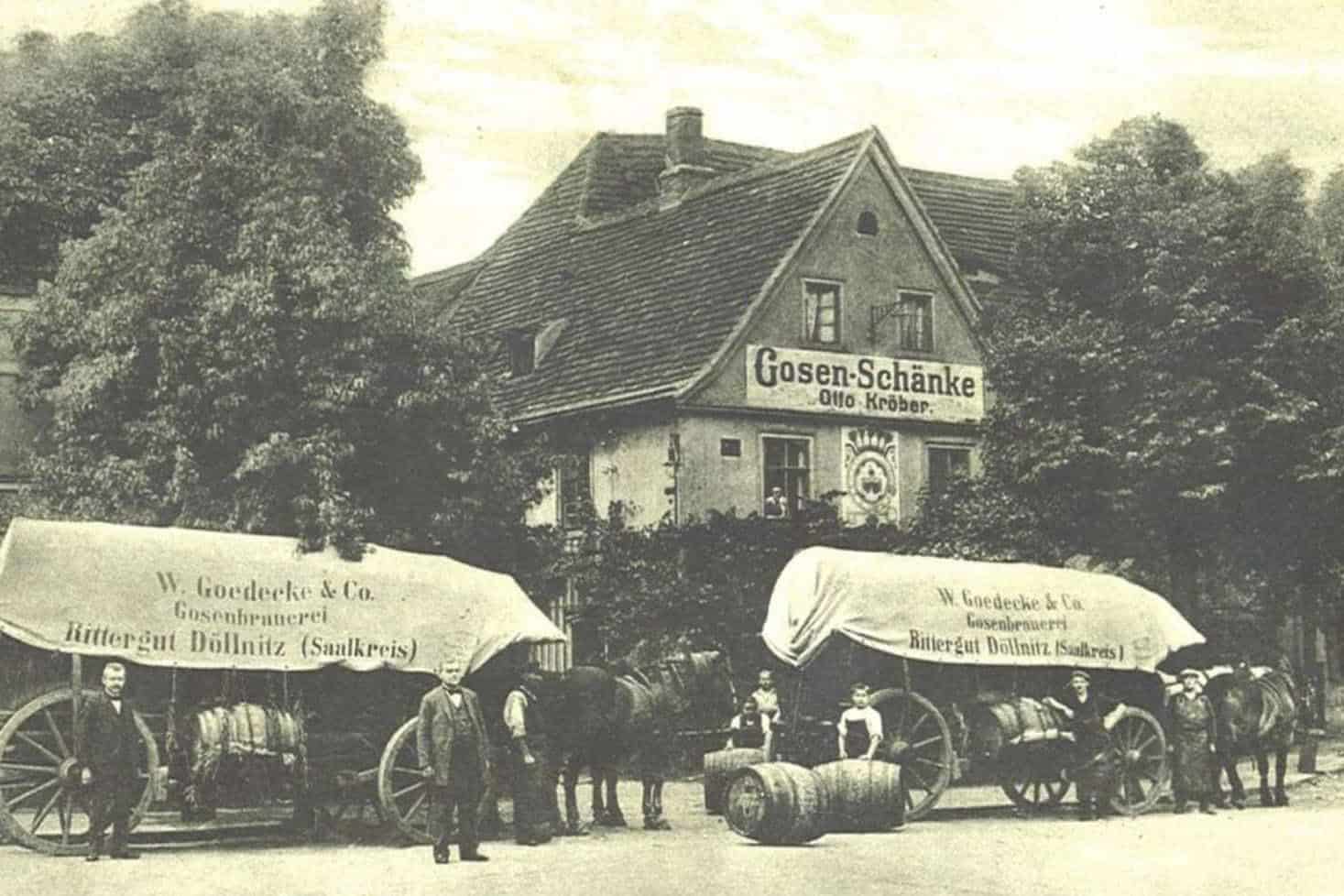 Gose Beer is a traditional beer that originated from Goslar, a small town in Eastern Germany. Accounts dating back to 1 000 CE can be traced as small traces of this beer, with one stating that it was once the favorite of Otto III, a German emperor. It was made initially with salty water from the Gose river, which gives the beer its distinct salty taste.

Although the beer originated in Goslar, it was made famous 110 miles away in a town called Leipzig. In 1738, most people in that town would have made their own batches of Gose beer which were delivered to local taverns while in the process of fermentation. During those times, yeast was not used to ferment the wort. Instead, they used open-aired vats.

Johann Philipp Ledermann, a Goslar brewer, made one of the most considerable Gose beer contributions. He moved to Rittergut Döllnitz, where he started brewing Gose beer for Johann Gottlieb Goedecke, an estate owner. They have been trying to brew Gose for quite some time, but to no avail. With Ledermann’s addition, they were able to successfully brew Gose beer on their estate.

Before the start of the 1900s, Leipzig was home to several Gosenschänken or Gose taverns. The unique beer was well-loved by many people in the area. At the end of the 1900s, Gose beer became a specialty of Leipzig, and the town was dubbed the ‘Gose capital.’

You may also check out this video below which explains the history of Gose beer.

Popularity Through the Years

During World War I, Gose beer experienced a decline in popularity which continued until World War II. Germans slowly lost interest in Gose because of the emergence of other beer types, such as Pilsner. By the end of World War II, most Gose breweries would have closed down.

In 1949, a small Friedrich Wurzler Brauerei at Leipzig, which catered to 18 pubs, would be the only brewery to produce Gose beer. Wurzler worked at Döllnitzer Rittergutsbrauerei before the war began and continued to make his own brewery with a notebook that contained the secret to brewing the perfect Gose beer.

This notebook was passed down through generations to continue the craft of making Gose beer.

The resurgence of Gose beer happened in the 1980s when a certain Lothar Goldhahn reopened a renowned gose tavern called “Ohne Bedenken.” Gose beer served here was produced in East Berlin, but it did not last long. After purchasing his own brewery to make the brew, Goldhann experienced trouble after trouble and was forced to close down entirely in 1955.

However, Gose’s beer production did not end there as Tilo Jänichen, an amateur brewer, chose to take up the challenge and experiment with how to make the same brew. After years of trying, he successfully caught the recipe. He established a brewery with the help of another brewer, Armin Brandt.

Because of their succeeding efforts, Gose beer became more vigorous and was once again favored by many. The primary market is still in Leipzig, but due to its popularity, it returned to Goslar in 2010. Surprisingly enough, Americans also took an interest in Gose beer, and more than half of the 400 registered Gose breweries worldwide are from the United States.

Choosing where to buy Gose beer is now effortless, thanks to the number of breweries making it. Some American breweries are the Crazy Mountain Brewing Company in Maryland and De Garde Citra Hose in Oregon. You may also check out this list if you have some spare time.

Over the years since its first emergence, Gose beer has gone through various ways of production. The brew was fermented in open-air vats during its early years as they cooled down.

Now, warm-fermenting yeast is added after boiling to kick-start the fermentation process. Lactobacillus bacteria are also added, which gives the Gose beer its distinct sour taste.

The first step in producing Gose beer is by preparing the ingredients. You need pilsner malt and wheat in a ratio of 40:60, respectively, to create the perfect blend. Hops don’t matter much since Gose is not that bitter, so you can add a small amount or skip it entirely. Set aside the coriander and salt, which will be used later on.

After that, it’s time to make the mash. Simply put, the mash is a part of the brew where you will put the malted grains in hot water to create sugar and other compounds that will bring out the brew’s flavor. After quite some time, the mixture will be boiled and cooled.

Next is the fermentation process, which involves adding warm-fermenting yeast and Lactobacillus bacteria. Naturally, these are added once the brew is cooled down and mixed well.

Gose beer is made through top fermentation, which means the yeast is present at the top of the brew instead of sitting at the bottom. A strain of lactobacillus bacteria is added to the mixture to add sourness and make the process relatively quicker.

The last step in the Gose beer-making process is to add flavoring. Sometimes, brewers add lactic acid to balance the lactobacillus bacteria added before the fermentation process.

Other flavorings, such as salt and coriander, are added after fermentation to further enhance the taste of the Gose beer. Nowadays, many variations of Gose beer add other flavors, such as lime, grapefruit, and blood orange. 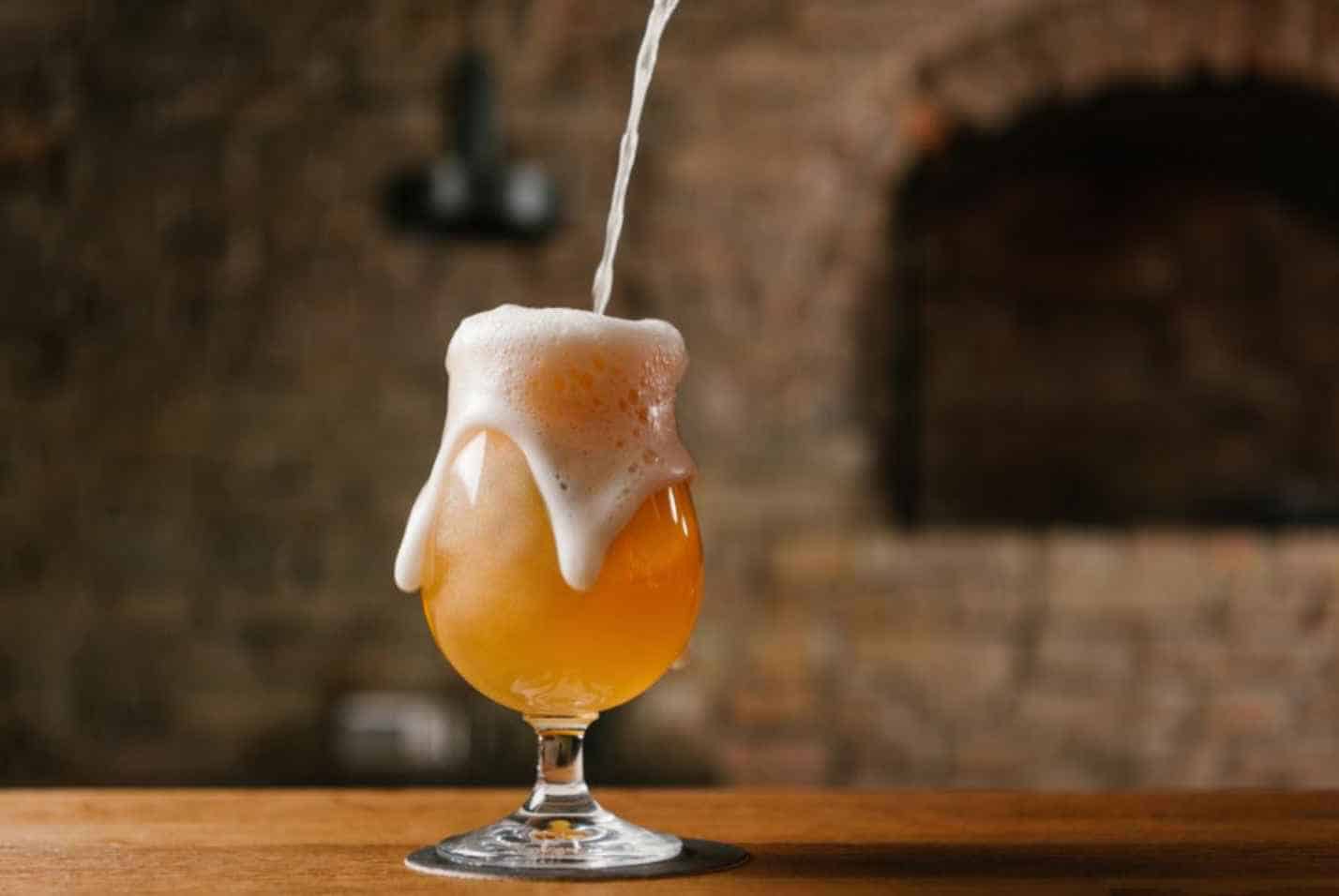 Now that we’ve discussed the vital information regarding Gose beer, it’s time to answer some of the frequently asked questions about it. Without further ado, let’s get into it, shall we?

Are there different types of Gose beer?

As mentioned before, nowadays, there are many variations to the Gose beer with different added flavors. Other craft brewers use gose beer as their base template before experimenting with it and adding new flavors. Some examples of flavors added to the mix are passionfruit, lime, blood orange, cherry, and grapefruit.

Another distinction is that traditional Gose beer made in Leipziger is generally more subtle regarding flavor. In contrast, Gose beer produced by craft brewers in America is funkier and juicier.

How to serve Gose beer?

If you have Gose beer at home with your friends or family, it is best served at a temperature of 46 to 50 degrees Fahrenheit. You can use any glass you want, but it is recommended to use a dimpled beer glass to add some character to your beer.

Regarding food pairings, this type of beer is best served with light food. You may consider egg dishes, salads, light seafood dishes (grilled fish or steamed lobsters), and soups.

Can I brew my own Gose beer?

If you are a beginner when it comes to brewing beer, you should hold off on brewing your own gose beer for a while. On the other hand, if you are an experienced brewer, you can definitely brew your own Gose beer. The reason behind this is that the process can be very tricky, especially during fermentation.

You need to be precise about many things about this process, such as fermentation and pitching time. You should also be sure that the whole work area is sanitized entirely since it can significantly affect how your Gose beer will turn out.

So what is a Gose beer? We hope you already know the answer by now. That is the end of our article now; we hope you learned a lot. We’re sure there are many more beer types for you to discover. Share it with all of your friends and loved ones.