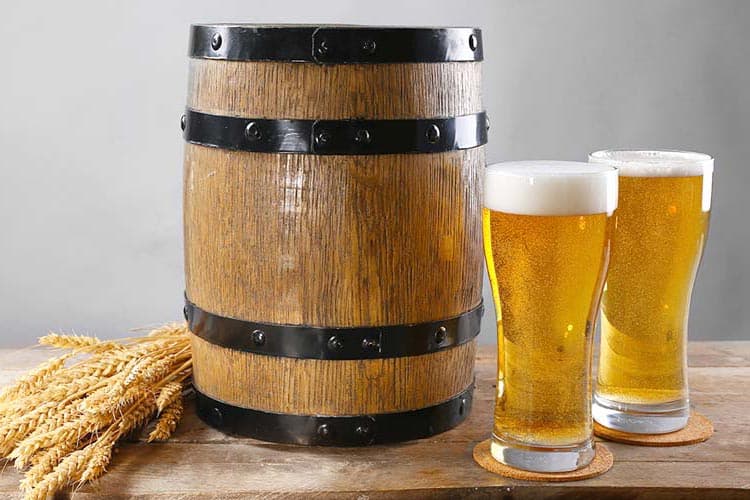 Wheat beer is a prevalent type of beer. Being around since antiquity, it has many variations to explore. However, many don’t know what is wheat beer and its remarkable history and brewing process. Don’t worry! This article is here to help and guide you.

Wheat beer is a wide variety of beer that has more significant amounts of wheat than barley malt. It’s known for its light color and very minimal bitterness.

The striking aroma and taste of cloves and bananas are apparent in every sip. Wheat beer is an excellent choice if you want a starter beer, especially for those who don’t usually drink.

Although wheat beer is a standard way to describe several beers, they are very different. Take the two main categories—Hefeweizen and Witbier are pretty different in taste and texture.

There are a lot of other derivatives of wheat beer. Lambic beer and Berlin White are just some of their varieties. It’s an extensive classification with many flavors and aromas to offer.

Wheat beer has been present since the concept of beer is around. The origins are said to be from the start of antiquity, or around 10,000 years ago.

The beer variety is even around in the first civilization to ever exist in human history—Mesopotamia. So, it’s very rich in historical accounts throughout the world.

However, the blend that most of us know today came from the Early to Middle Ages. It also introduces some more famous varieties, such as Lambic and Witbier. Along with craft beer, wheat beer is one of the most prominent beers throughout history. 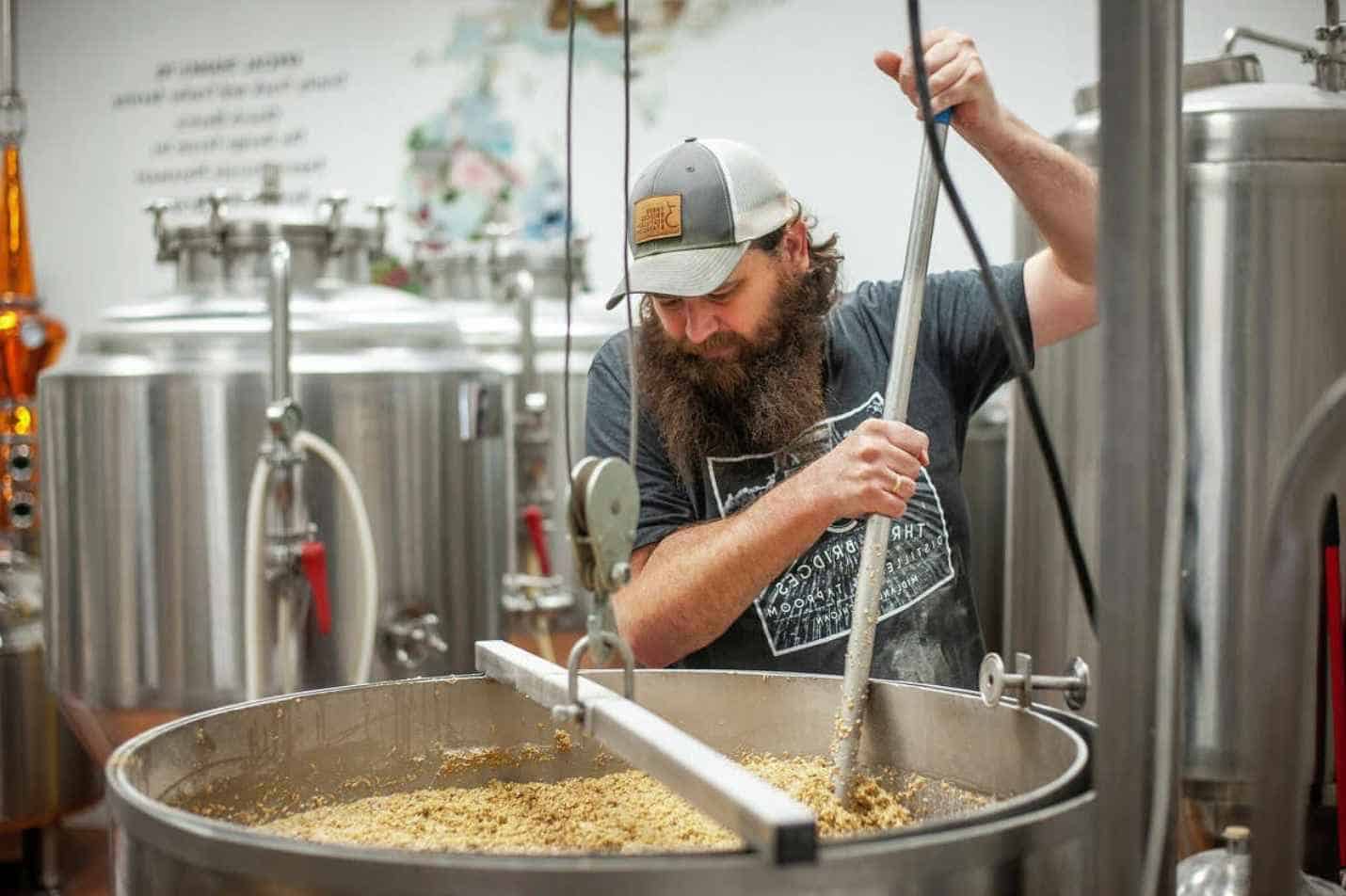 Regarding standard craft beer, the wort has a 2 to 3 wheat and barley malt ratio. It means that 60% goes to the malt in most brews while the remaining 40% is for the wheat.

However, wheat beer has more wheat than barley hence the name. How much the grain exceeds the malt varies from blend to blend.

The amount of wheat in the wort is their most basic similarity when it comes to broad classifications such as wheat beer.

Take the Hefeweizen and Lambic beer, for example. They are both wheat beer. However, both are very different from each other in the fermentation process. Thus, they result in wheat beer yet different flavor profiles.

With more wheat comes a slew of chemicals and substances that make this blend unique. The grain from the wheat causes the development of esters and phenolic acids.

Ester is a compound that causes the aroma and notes of banana in wheat beer. The phenolic acids, on the other hand, are responsible for the taste of cloves. Rather than the wheat alone, this distinct taste is due to the reaction between the wort and the yeast reaction with each other.

Wheat beer is a favorite among many beer drinkers. It’s an excellent alternative to maltier and hop-flavored craft beer. Here are some things that make wheat beer great.

These are just few of the reasons that make wheat beer great. It’s light, refreshing, and offers a nice flavor with most pub food. 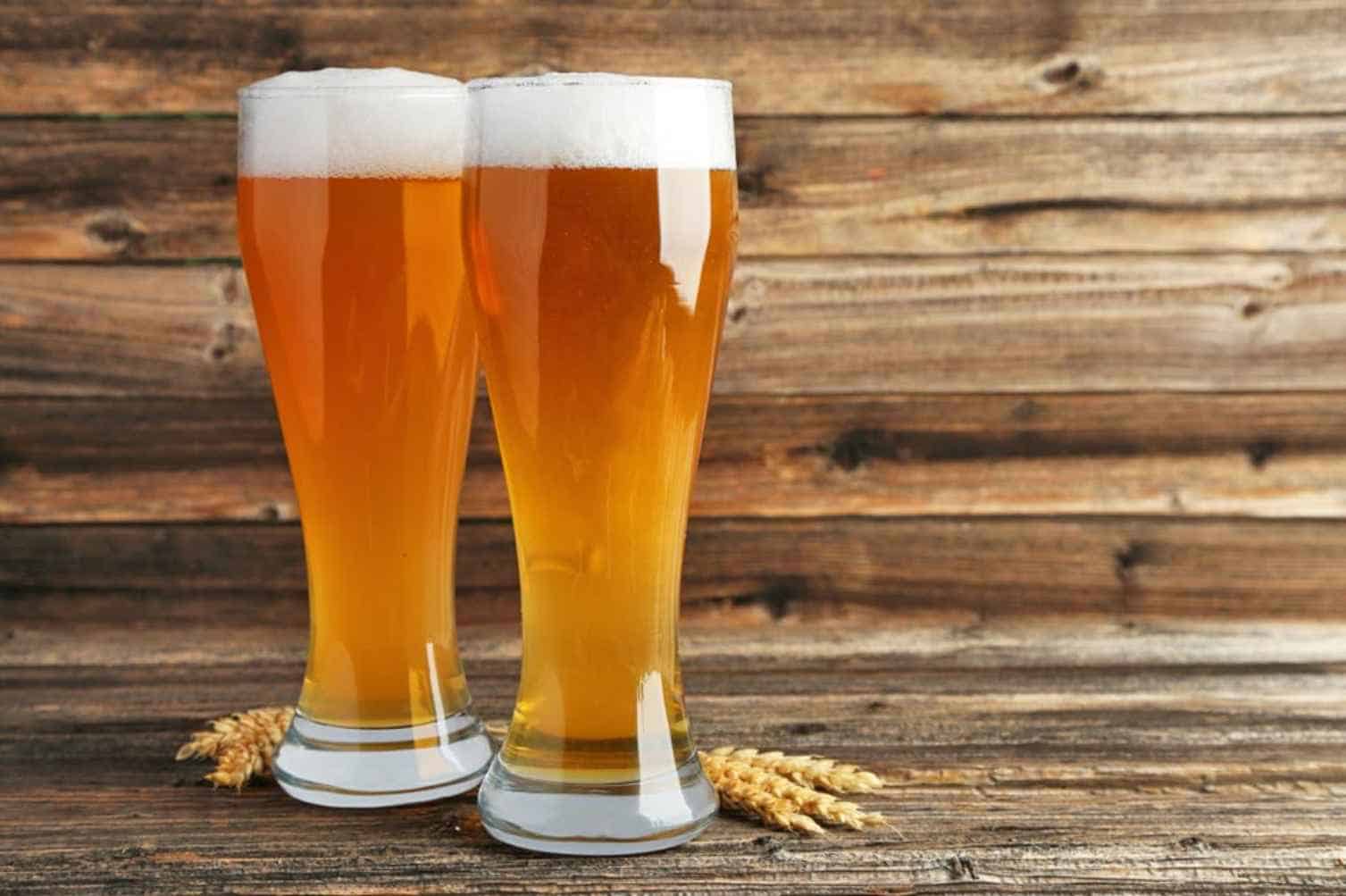 Hefeweizen is a famous type of wheat beer from Germany. It’s also the most prominent type when people think of wheat beer.

It’s very light in color and bitterness. However, it’s a very aromatic and flavorful beer. The higher amount of wheat in the brewing wort results in hints of bananas and cloves in the mix.

This pale beer needs to have various unique strains of yeast to ferment. It’s heavily regulated by the law to ensure their quality.

The medium-bodied nature of the beer also makes it the perfect pair for many meat and smokey dishes. Soft cheeses such as goat cheese are also excellent with Hefeweizen. 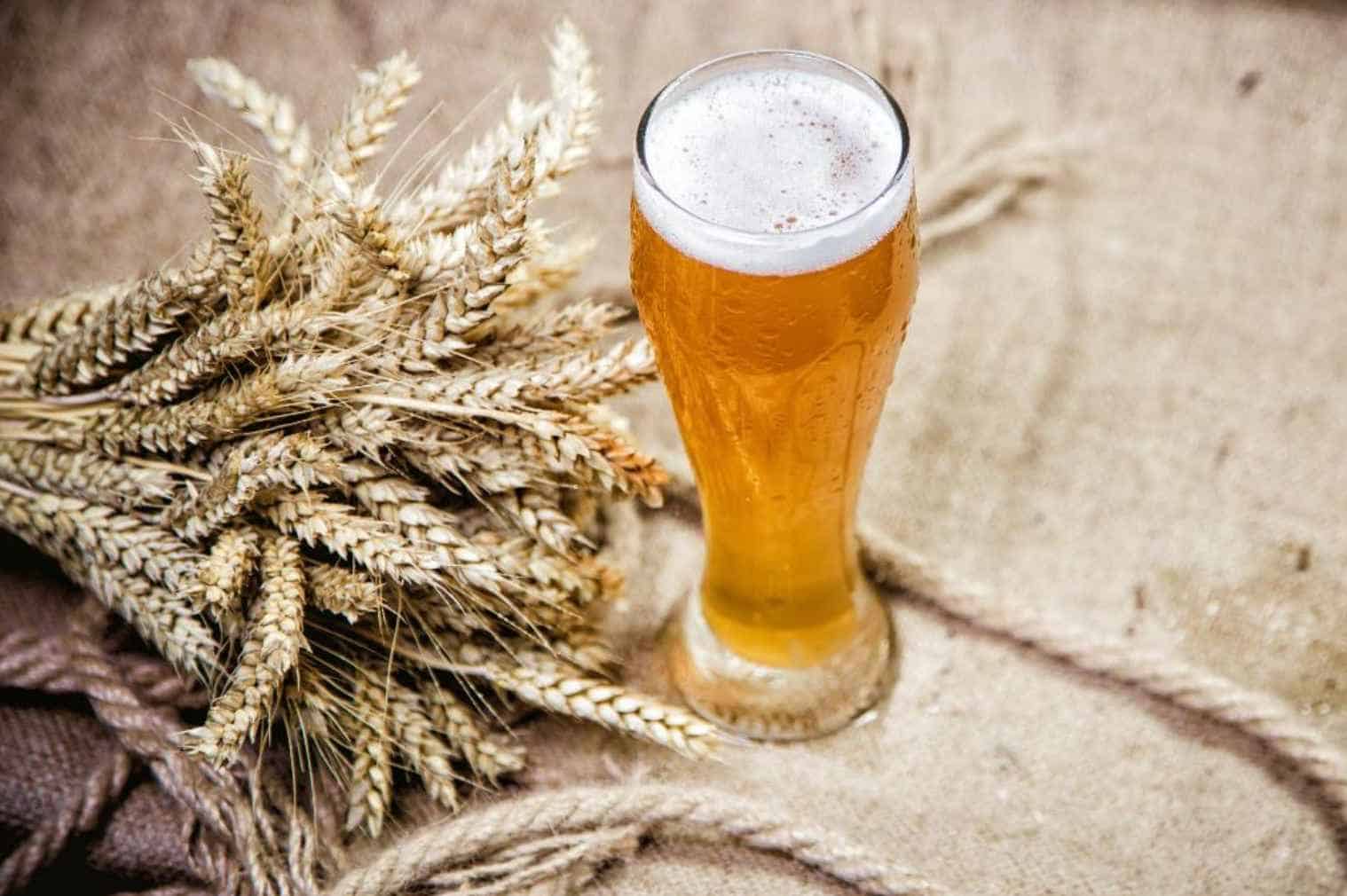 Witbier is a Belgian creation dating back to the Middle Ages. Although it’s old, beer seems unpopular in the 17th to 19th centuries. By the 1950s, several revival programs for beer leads to its modern popularity.

Much like Hefeweizen, Witbier is another variety of wheat beer. However, it has a more citrussy twist than the Hefeweizen beer.

It has more notes of orange and lemon rather than the banana and cloves in Hefeweizen. It’s more velvety and creamy in texture. 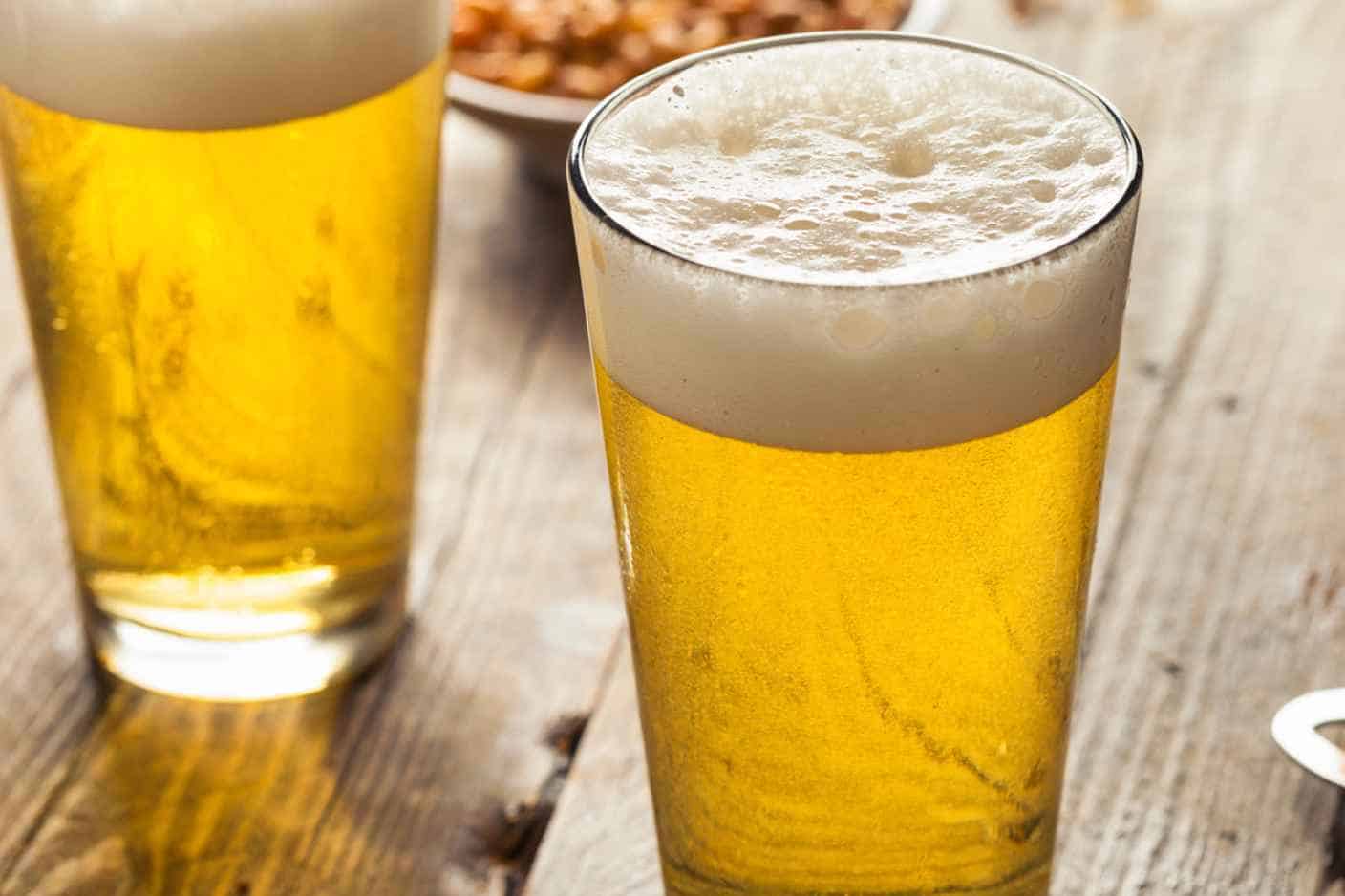 Other than the two wide varieties of wheat beer, certain derivatives are also present. Lambic beer, Berling White, and Gose are among the famous ones.

Most of these blends feature a greater than 50% of wheat in their wort. This leads to a better flavor and creamier texture. However, these varieties can vary a lot from each other.

For example, Lambic beer and Gose are sours. Yet, Lambic has more intense and uncarbonated flavors than other wheat beer derivatives.

If you are interested in tasting this delicious beer, here are some tips to make the most of the drinking experience.

Use the Right Beer Glass

The enjoyment of wheat beer starts with the glass you will use. As a generally carbonated drink, using Weizen Glass is essential to keep the beer in the perfect drinking quality. Weizen glass is designed to keep the carbonation of your beer intact.

Pouring it at an acute angle will also help. Hold the Weizen glass at a 45° angle and pour your beer slowly. It will keep the air from minimizing the carbonation of the drink.

Although some wheat beers call for a lukewarm serving, such as Lambic, the Hefeweizen and Witbier are best served cold. A temperature of 40°F to 45°F is an excellent option. The refreshing and fruity flavors from the wheat beer are heightened.

Although beer is excellent mainly on its own, having a sizzling plate of delicious seafood or steak is also a perfect option. A glass of Hefeweizen or White Belgian is ideal for many meat and rich dishes.

Due to its refreshing nature, smokey and tangy dishes go well with the standard wheat beers. The hints of bananas in Hefeweizen or the citrussy flavors of Witbier are an excellent pair to your food.

So, wheat beer is an excellent option if you want the perfect pub drink with some pulled pork.

Wheat Beer Brands You Should Try Out 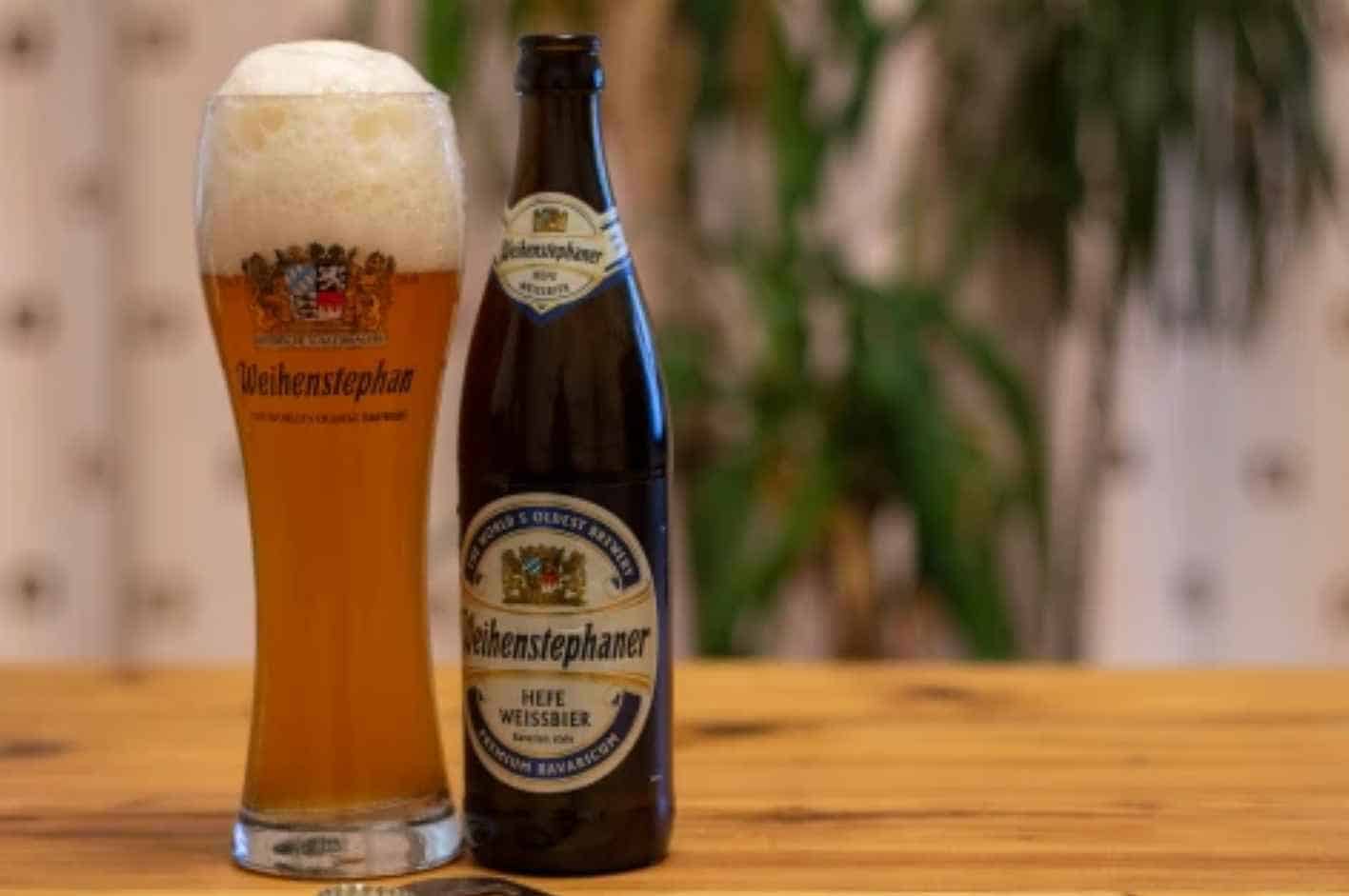 Curious about the taste of wheat beer? Here are some brands you can try out.

This Hefeweizen beer is among the top-rated among many sites. It features a light golden color and a strong banana flavor. It’s a full-bodied beer with a smooth texture and notes of yeast.

If you are curious about the legitimate and authentic taste of Hefeweizen beer, this brand from Germany is perfect for you. Their blends are based on old traditional German standards.

Despite being an American brand, the original European influence is still apparent in their Kellerweis. They serve the traditional Bavarian-style beer where it’s open to natural yeast.

This golden beer features intense flavors of spicy cloves and a velvety texture. This one is perfect if you want a blend that leans on the old ways of making Hefeweizen.

Hazy and fruity, this version of the traditional Belgian White is a hit among many. It offers a good blend of earthy and tropical flavors through the coriander and orange peels present in the mixture.

It’s an excellent modern take on the traditional Belgian standard. It’s a perfect pair for meaty and smokey pub dishes due to its earthy and fruity flavors.

With this conclusion, we can now answer the question—what is wheat beer? This ancient yet still relevant way of making beer is undoubtedly intriguing. With the tips and brands, you can give the wheat beer its well-deserved try.