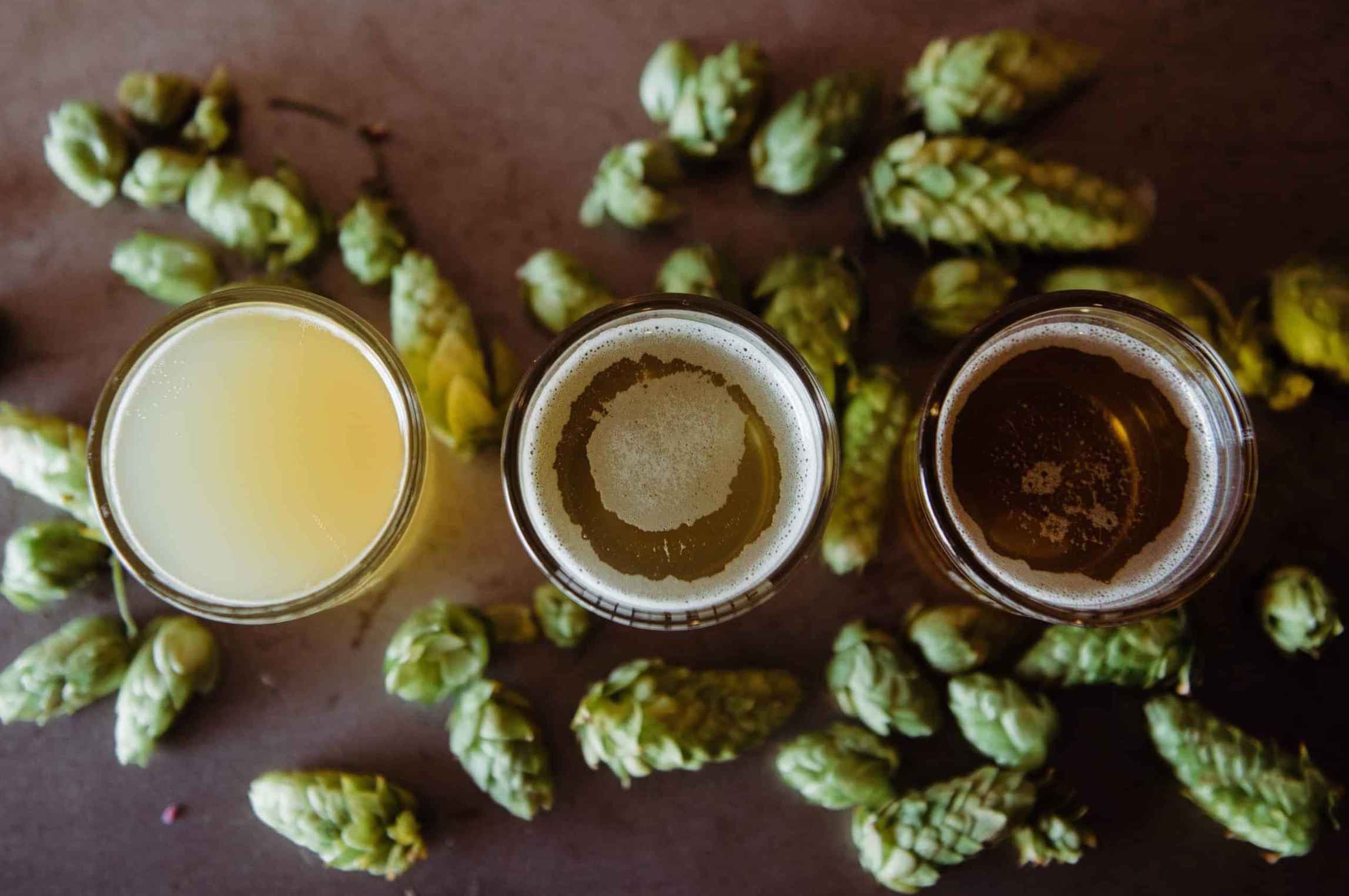 Knowing what is IBU in beer is important for anyone who indulges in beer, especially brewers.

This is because the International Bitterness Units or IBU is the best method for determining the level of bitterness present in a beer. Though the beer’s bitterness is just one of many components that go into creating a flavor profile, nonetheless, it is one of the most important factors.

Note: The flavor profile of a specific beer can be affected not only by its IBU but also by the quality of its malt and water, yeast fermentation, aeration, and alcohol content.

Is IBU different from ABV?

When going out and buying a beer from a brewery or store, you will always see IBU and ABV on its label. These two are different important aspects of beer that you need to know as a consumer.

While IBU dictates the bitterness of a beer, ABV is the total alcohol content of a beer. However, it’s not their only difference.

IBU focuses on the hops used for brewing beer, the amount used, and when it was added. Basically, the earlier you add the hops during the boiling process, the bitter the beer will be.

As for ABV, instead of hops, it focuses on the yeast. Home brewers will know that yeast is the reason why beer has alcohol. Yeast turns the sugar from the grain into alcohol and creates carbon dioxide.

Furthermore, ABV deals a great effect on the total IBU of a beer because it can cancel out the beer’s bitterness if it is higher than the IBU. So, when brewing beer, it is important to take note of the ABV and balance it out with the IBU.

Why is IBU important in Beer? 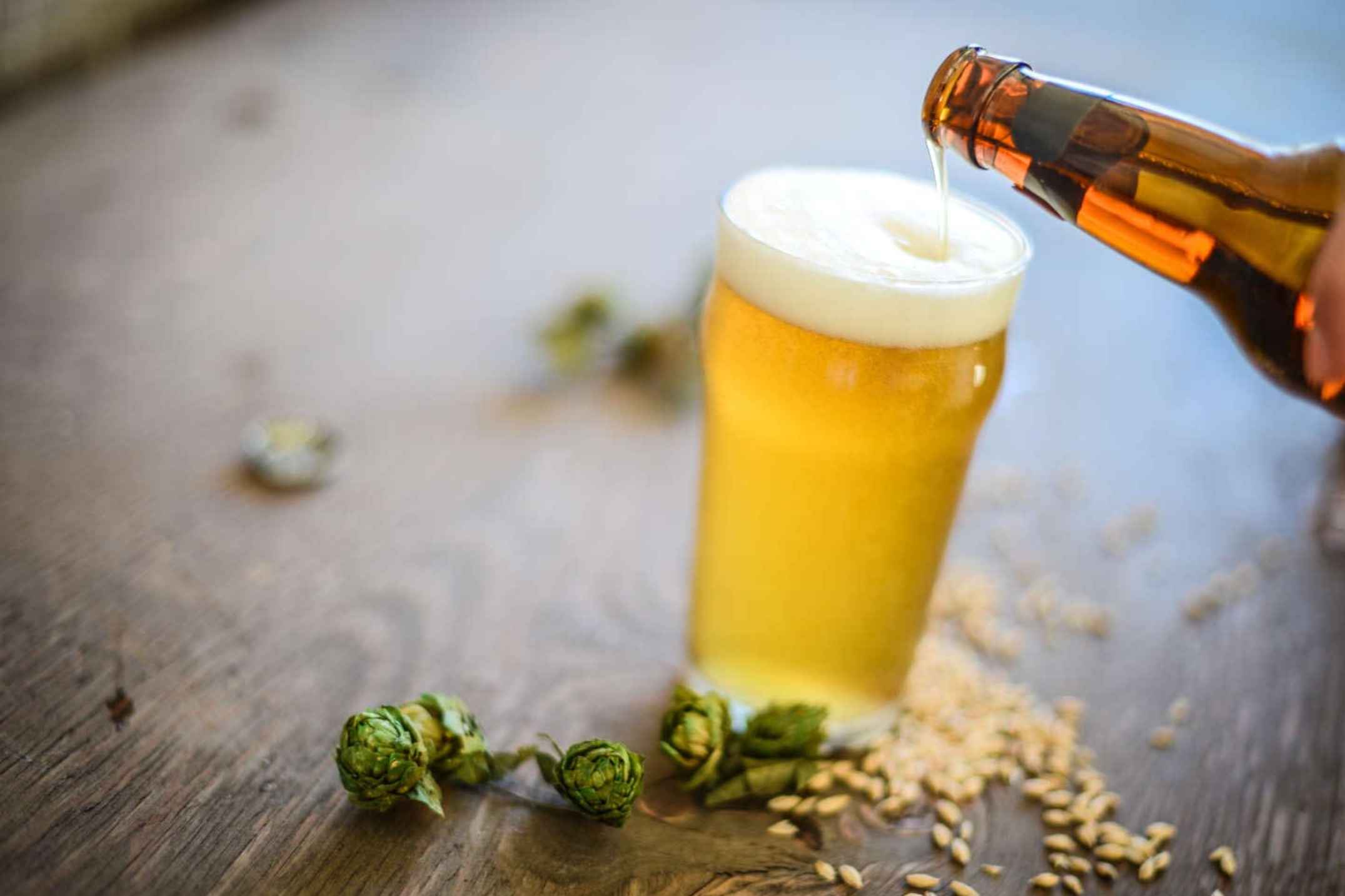 The beer’s IBU is important for brewers and connoisseurs to tell the amount of bitterness a beer has. Doing this can also give consumers an idea if the beer will be right up their alley or not.

Do IBU matter to drinkers?

The answer is yes, and no. When comparing various craft beers and deciding which one to drink, the score of International Bittering Units (IBU) is one factor that should be considered, but only to a limited extent. This is because IBU does not always precisely correlate to how a specific beer genuinely tastes on your palate.

Keep in mind that the only factor that can be measured using IBU is the amount of bittering chemicals in a beer.

Our taste buds and sensors are intricate structures that are capable of sensing a wide variety of flavors and weaving together a complicated tapestry of flavors to produce a singular, unforgettable sensation.

How do you measure IBU? 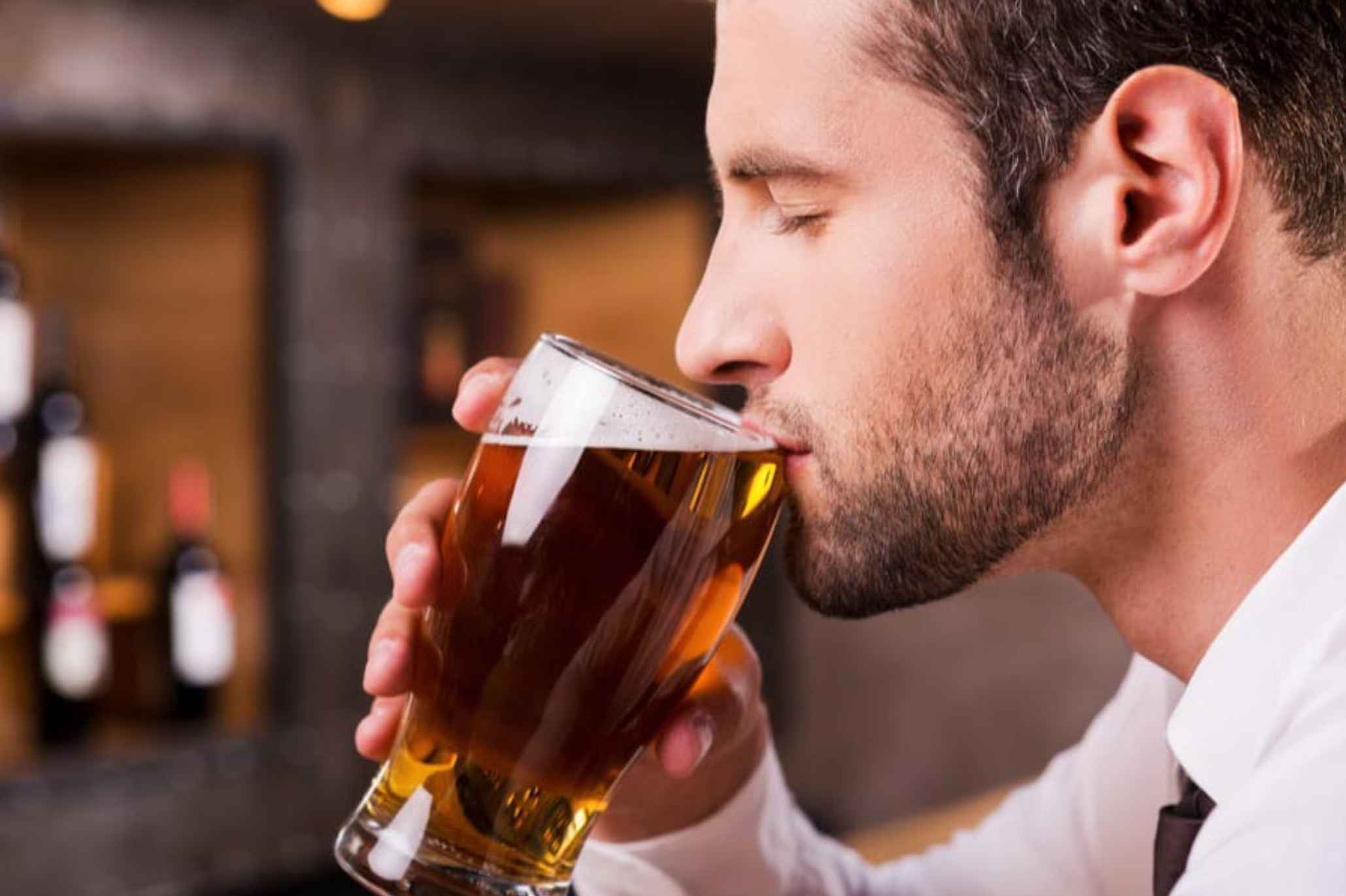 Spectrophotometry is the standard technique for measuring IBUs. Hops are cooked to induce an isomerization of their alpha acids. Due to their slightly hydrophobic nature, the iso-alpha-acids settle to form a distinct layer in the boiling beer.

The beer will be supplemented with solutions meant to hasten this procedure. Once the acids are set, the beer is analyzed in a spectrophotometer for its absorption spectra at 275 nanometers, a wavelength at which the alpha acids are most active.

Because of this, it is able to precisely measure the amount of these acids in the finished beer.

The International Bitterness Unit is assessed on a scale that begins at zero, which indicates that there is no bitterness.

Although the scale, in theory, has no upper limit for the amount of bitterness that can be measured, there is a threshold beyond which it is no longer possible to maintain a flavor balance. About 120 is the upper limit of the spectrum that we typically observe from the vast majority of commercial brews.

Typically, IBU scales from 0 to 120; however, you will likely never come across a number below 5 or over 110 because the human palate simply cannot distinguish between those two extremes.

To give you a better idea of how bitter a beer is depending on its IBU, look at the chart below and see ten different types of beers and their IBU range.

As you can see, the average IBU range is between 15 and 40. Beers with higher IBU than this can be too bitter for you, depending on your palate.

And although there are hardly any beers with IBUs of more than 120, you might be shocked as the beer with the strongest bitterness ever recorded has a whooping 658 IBU. This is the Hoo Lawd IPA from Dog Fish, and it has been lab-tested, which means its IBU is indeed legitimate.

Why is beer bitter? 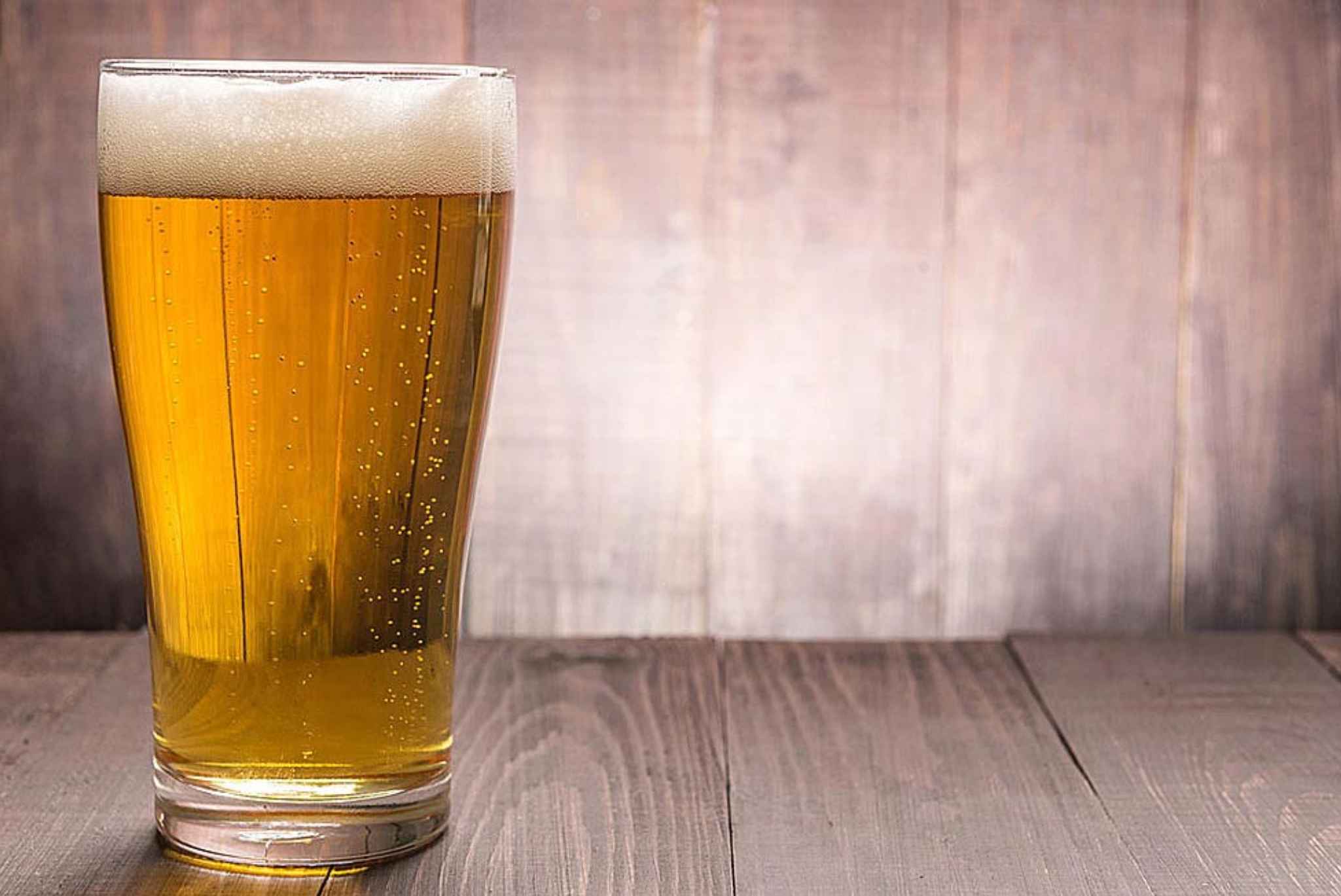 Some people don’t enjoy beer because of its bitterness, which is typically caused by hops. This has the unfortunate potential to turn them off of alcohol forever.

Hops can impart a significant bitterness to beer, but that is not a necessary characteristic of beer. Without adding any bitterness, they can be employed to enhance scent and flavor. How bitter a beer is depends on how bitter the brewer wants it.

Hops are the component of beer that are responsible for the majority of its bitterness, as well as contributing to the beverage’s increased microbiological consistency, foaming, and having a significant impact on its flavor and aroma.

Alpha Acids are the primary constituents of lupulin, which is the resin that is extracted from hop cones. Since they’re the primary component responsible for hops’ bittering effect, brewers are very interested in them.

After the Alpha Acids, another bittering compound that matters to brewing beers is Beta Acid. Although this is not considered a primary bittering element, Beta Acid is still an important compound a beer needs.

Below are the common Alpha and Beta Acids that are found in hops:

Can IBU Really Tell the Accurate Bitterness of a Beer? 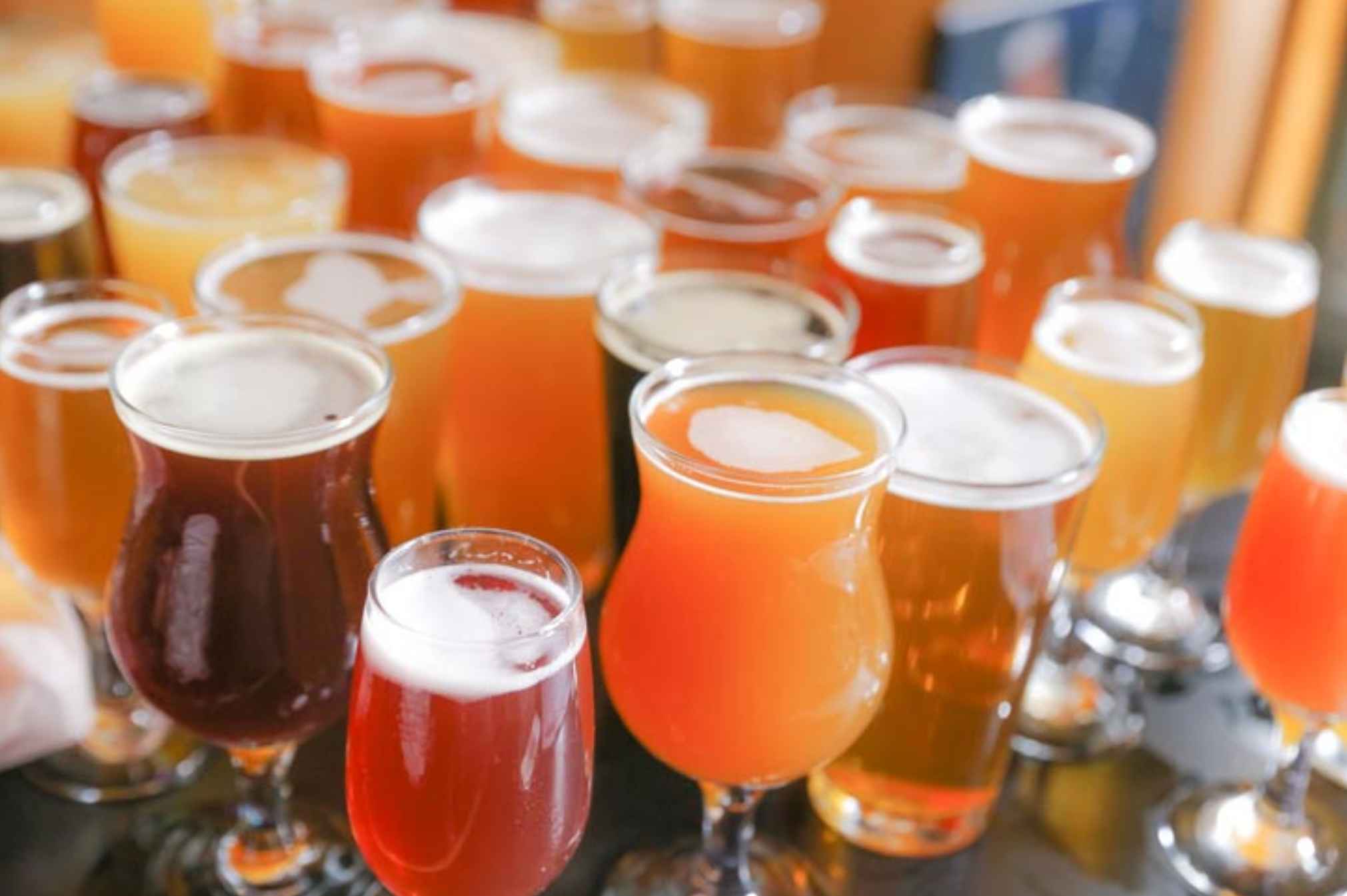 When measuring how bitter a beer is, the International Bittering Unit (IBU) scale provides the most precise results. However, the sensed bitterness is not taken into account in the IBU score.

Beers with robust flavors, such as those made with a large number of malts, will have a lower sense of bitterness than others, despite having a greater IBU score. It will take a larger hops content than is typical for them to achieve the desired bitterness in the flavor.

Are beers more bitter when high in IBU?

One might expect a beer with a higher International Bitterness Unit (IBU) rating to be significantly bitter compared to one with a lower IBU rating; however, this is not necessarily the case.

Beer aficionados and home brewers sometimes use the IBU score as a rough guide, though they must always take into account that taste is highly individual. When it comes to beer, some people have a higher tolerance for bitterness, or they simply prefer the bitter flavor.

The flavor profile can also be influenced by how well sweet and bitter flavors are blended. To be precise, the sweetness of the beer’s lingering sugars is proportional to the malt profile of the beer.

Therefore, as it gets maltier, the beverage will also get sweeter. The presence of this sweetness counteracts the bittering effects of acids, resulting in a flavor that is, in a word, less bitter.

Can a Beer have Zero IBU? 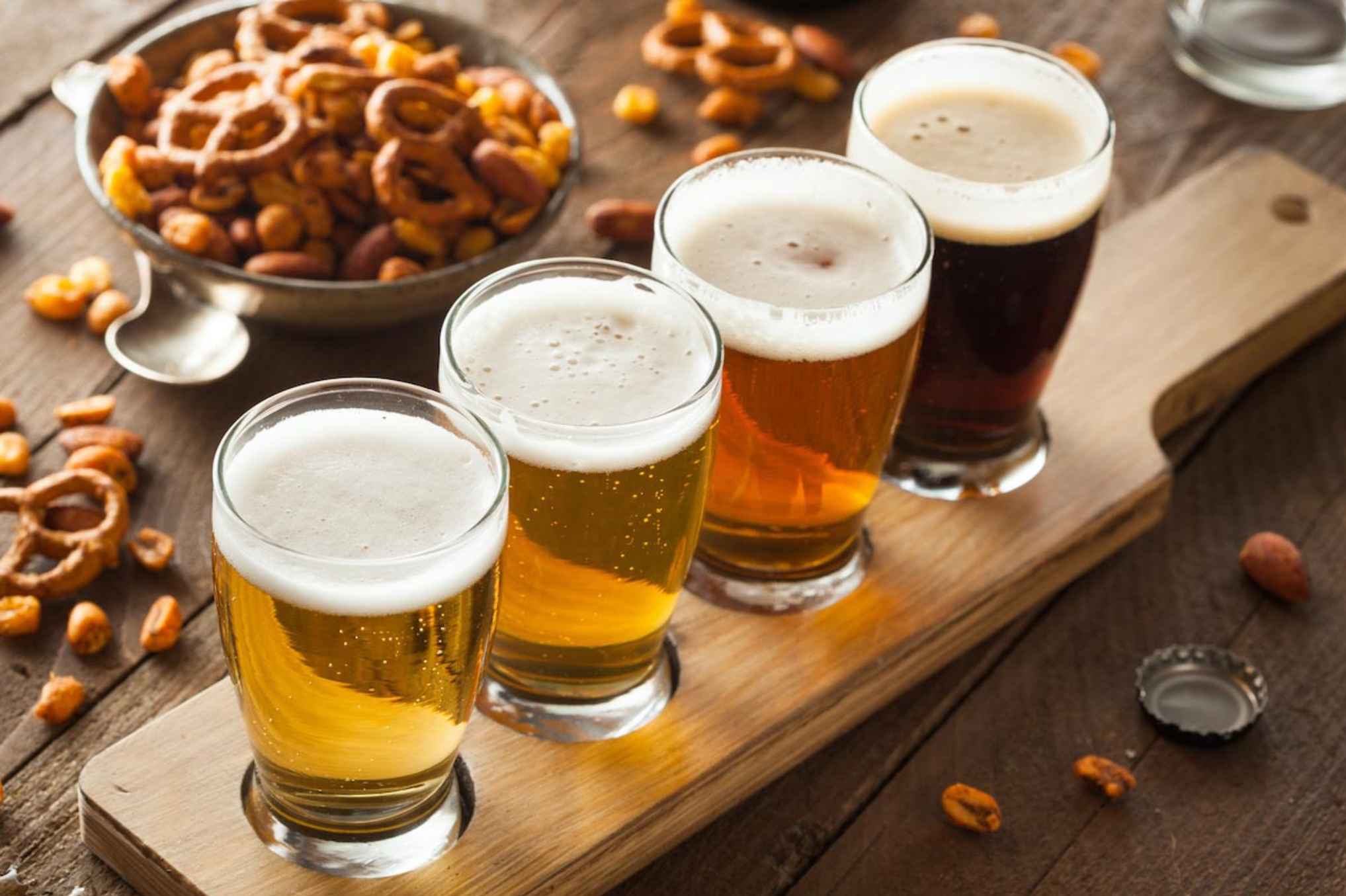 Although beers are known to be a bitter type of alcoholic beverage, this might surprise you as there are zero IBU beers that are available on the market. The company behind this Zero IBU idea is The Veil Brewing Company. It is a brewery in Richmond, Virginia that specializes in IPAs.

Matt Tarpey, the co-founder of The Veil Brewing, came up with this project to highlight hoppiness and aroma without the lingering taste of bitterness.

With this, they created IdontwanttoBU, a New England IPA with Citra and Mosaic hops and zero bitterness. Although unusual, this beer actually gained a lot of compliments and fans. This leads The Veil Brewing to create another two zero IBU beers, ImdonewithU and IReallyDontwanttoBU.

After this hit, several brewing companies also started crafting their own zero IBU beers. Therefore, expect to find this type of beer in the market as its popularity is growing in a significant manner.

Now that you know what is IBU in beer go grab and enjoy a pint of beer! But, keep in mind that reserving judgment is strongly advised when it regards to IBUs. If you’re trying to decide which beer to buy, use this chart as a reference, but don’t limit yourself to a certain range of IBUs. 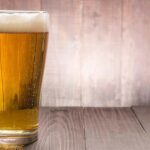 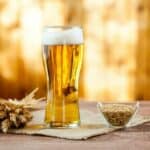 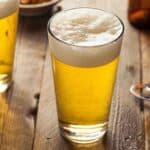 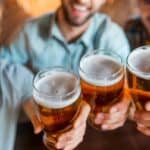 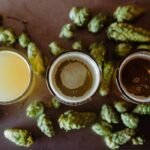