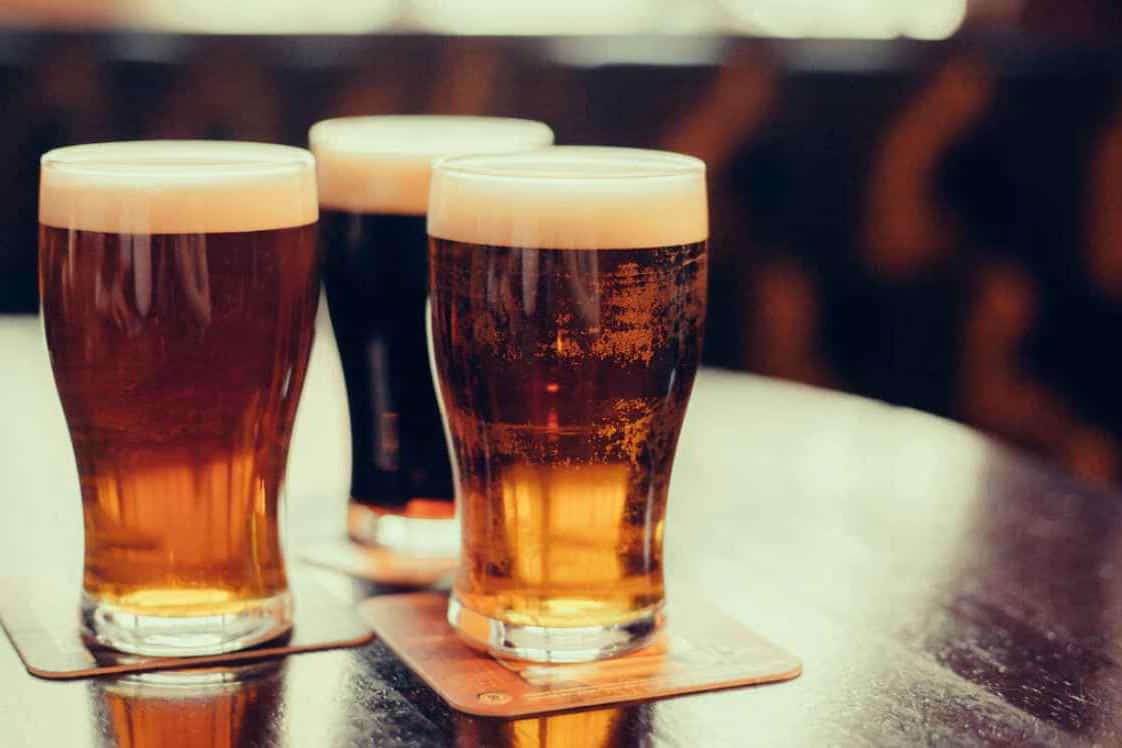 Vegans have many choices when it comes to beverages. Some of them are asking, “is beer vegan?”  Barley, yeast, and hops, beer’s most common ingredients, are vegan.

However, some brewers add non-vegan additives as part of their manufacturing process. These elements are not suitable for a plant-based and cruelty-free lifestyle. This article reveals what makes beer vegan and shares some of the best vegan brews.

Vegan beer contains common brewing ingredients such as barley, malt, yeast, and hops. It also does not include additives, processing agents, and other elements from animal sources. The following are what brewers use to make vegan beer. 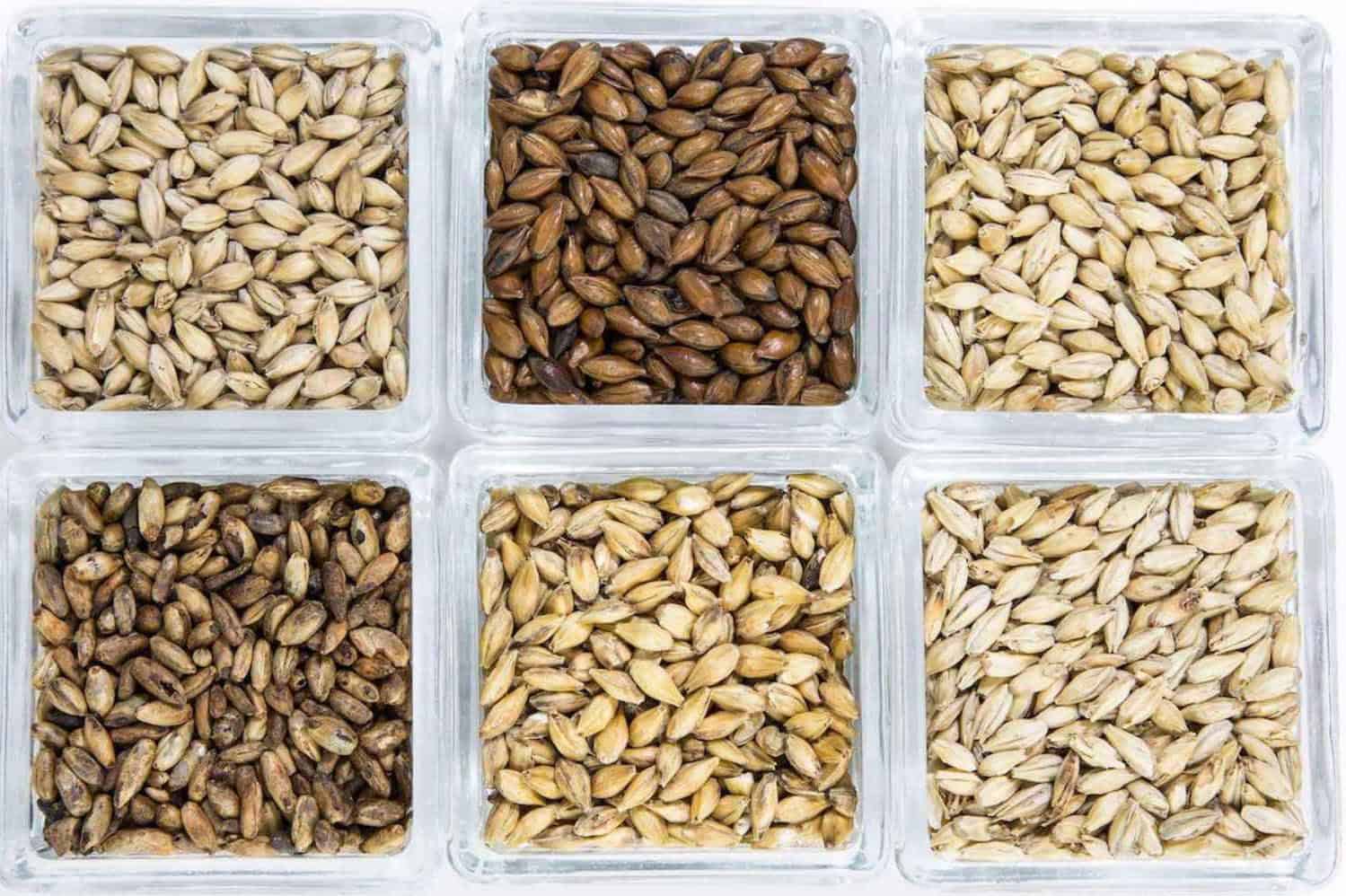 This ingredient is one of the primary bases of beer making. Soaking it in water transforms it into malt. This process releases enzymes that change starches and proteins into sugar. The creation of alcohol becomes possible when yeast feeds on these sugars.

These light-colored grains are mainly responsible for fermentable sugars, minerals, and proteins needed to make beer.

This ingredient contributes to the beer’s deep flavors and grainy features. It also helps the brew retain its head, producing a hazier liquid. Brewers use it primarily to create dry stout.

This grain works best with barley to create a creamy, smooth, and full-bodied beer. It’s mainly used for stouts.

This ingredient provides the beer with a smooth and light sweetness. It stabilizes flavor, lightens the beer’s body, and decreases haziness.

This grain adds complexity and sharpens the brew’s flavors when mixed with barley. It makes the beer pleasantly spicy and crisp, creating a drier masterpiece.

This protein-packed grain creates a full-bodied beer with a thick and foamy head. Large amounts can make the beer hazy and smooth.

How are vegan beers made?

Vegan beers go through a similar process as non-vegan beer. The sole difference is that there are no animal by-products added. The steps in brewing plant-based beers are the following:

Vegan beers don’t taste any different than their non-vegan counterparts. Beers are naturally plant-based, so there’s no significant alteration in flavors. They also come in styles like malty and hop-heavy- just like non-vegan beers.

What Makes Beer Not Vegan?

Beers are naturally vegan since it contains plant-based ingredients. However, brewers have added animal-derived products for texture, color, and head retention through the years. Other manufacturers add flavoring like honey or milk to enhance the brew’s flavors.

Beers that contain the following ingredients are considered not vegan.

This common brewing ingredient is made from a fish’s dried swim bladders. Brewers use it to clarify the hazy beer mixture. Most cask-fermented ales utilize isinglass. However, it is more prevalent in British breweries than in the US.

This additive also works as a clarifier and aids in removing the beer’s hazy appearance. It’s a protein derived from cow’s milk.

Another clarifier, this ingredient comes from the connective tissue, skin, and bones of animals. Manufacturers usually derive it from frozen pigskin and cattle.

This ingredient helps in filtering unwanted residue and floaters in beer. It also prevents lump formation and haziness in the brew. It’s a fossilized alga processed into powder form.

Contrary to common belief, charcoal is not entirely plant-derived. Some of it is a product of burnt animal bones. This additive is also a filtering element in the brewing process.

Some craft brewers add aphids to their beer, especially the IPA varieties. These insects provide a unique fruity flavor to the brew.

This enzyme is commercially derived from pigs’ stomachs. Brewers use it to control the beer’s foam and reduce haze.

Some glycerols are plant-based. However, some manufacturers derive it from tallow or rendered animal fat. Brewers use it as a foam-controlling and preservation agent.

This water-soluble protein comes from cow blood. Beer makers use it to control foam and clarify the beer.

The addition of honey in beer lightens its body. It also provides sweet and fruity notes and decreases bitterness.

Although some beers are labeled as “creamy” or “milk”, it does not mean they contain lactose. Sometimes it means that it has a thicker texture. However, some brewers add milk to achieve a different flavor.

How Would You Know If Beer is Vegan? 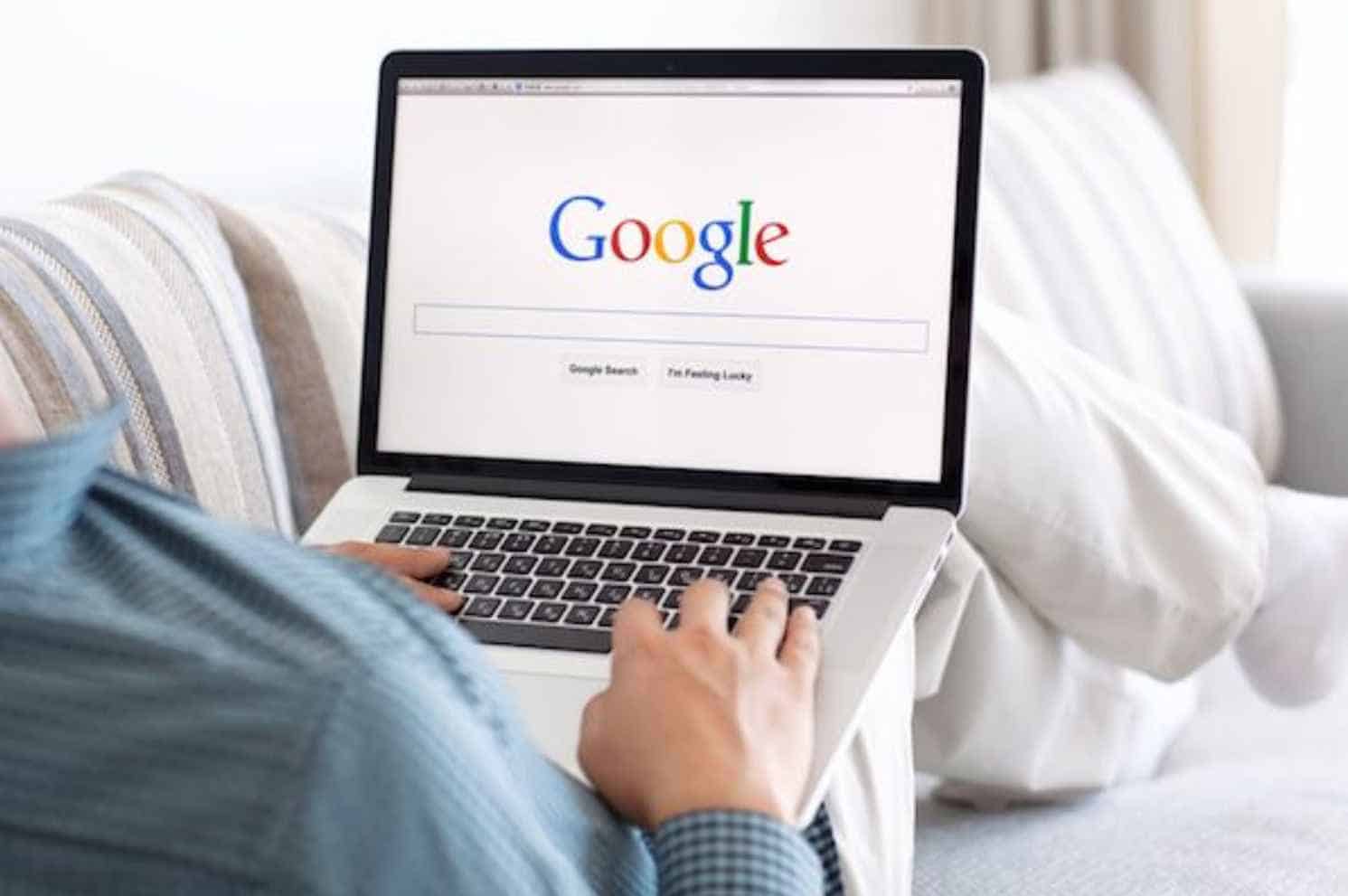 Strictly speaking, any vegan food or drink should not contain any animal products. Even if these products were derived humanely, they still have no place in the vegan lifestyle.

The US and UK do not have laws that require breweries to disclose non-vegan ingredients. These manufacturers rarely indicate their presence on labels. Some of these animal-sourced ingredients can be hard to identify. However, those used as the main flavoring, like milk or honey, are easy to spot.

Here are some ways to check if the beer you want is vegan.

You may access the online resource barnivore.com to check if a beer brand is vegan. They created a database from brewery information and user contributions. You may need to double-check some information, but it’s still a good starting point.

You can check a  beer’s vegan status by calling or emailing the brewery directly. Most are willing to disclose if their brews are vegan or not. If they need clarification with their answers, try another brand instead.

Most breweries declare if their brews are vegan on their websites. Some do not display it upfront, so try checking on the FAQs part of the site.

Another way is to search on Google. You may search for a specific beer brand and receive reviews and product information. Only some bartenders may know if the beer they’re serving is vegan. So, it’s best to do the research yourself.

You may brew it yourself if you want to ensure you’re consuming vegan beer. You can purchase ingredients and get directions online. It can be a fun hobby that may turn into a business. If DIY is not your thing, check out local beer artisans that offer vegan brews.

What beer ingredients are not vegan?

Here is a guide that shows the ingredients you need to watch out for when looking for vegan beer. 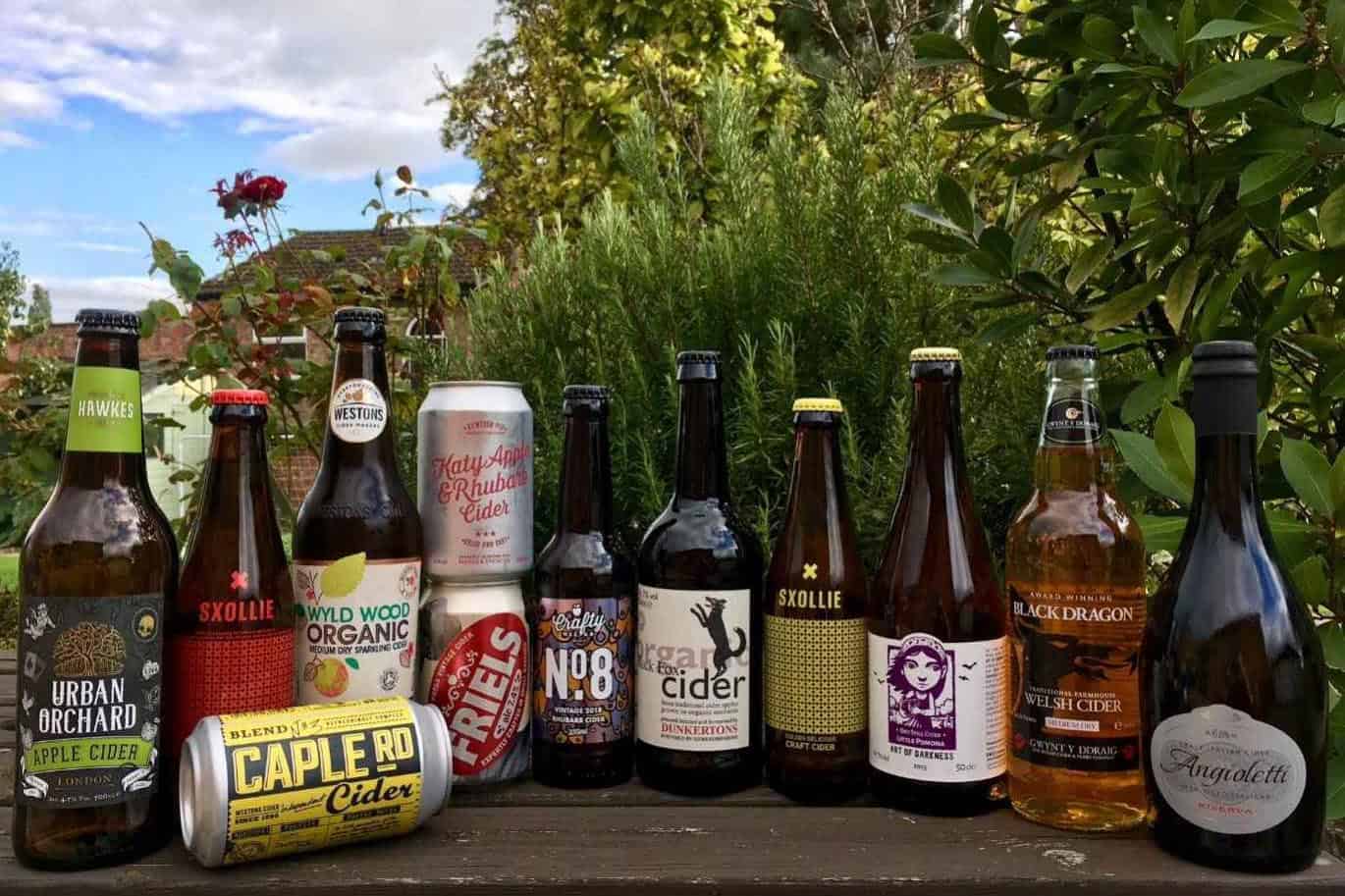 We’ve come up with the best vegan beers for those who want to enjoy their plant-based lifestyle. This list includes mainstream and artisanal brands.

This famous beer brand uses only vegan ingredients. The company currently focuses on sustainable and cruelty-free practices. Their beers are perfect for the vegan lifestyle as well as the environment.

A well-loved American classic, Budweiser is guaranteed vegan. Its ingredients are barley, rice, and premium hops. The manufacturer ensures they do not use animal by-products, so it’s safe for vegans.

Are you having a vegan barbecue party? This iconic beer is a perfect pair to your dishes. It offers light and classic options that everyone can enjoy. It’s a subtle and easy-drinking brew that’s great for first-time drinkers.

The widely popular Coors is made from Herkules, Chinook, Taurus, and Hallertau hops. The addition of premium barley makes it a light and malty drink. It is low on bitterness, making it an excellent easy-drinking brew.

This pale lager is a sweet and golden treat for beer lovers. Its full and malty body took inspiration from decadent German beers. You can taste spicy hops and caramel notes with every sip.

Here’s an overview of the best vegan beers for your reference.

The vegan community is multiplying. There are now hundreds of plant-based products that cater to the vegan lifestyle. Some people  might ask, “is beer vegan?” The answer is more complex than one thinks. Beer is naturally vegan.

However,  some brewers add animal-sourced ingredients for texture and color. The best way is to check its vegan status online or use the list above for reference.