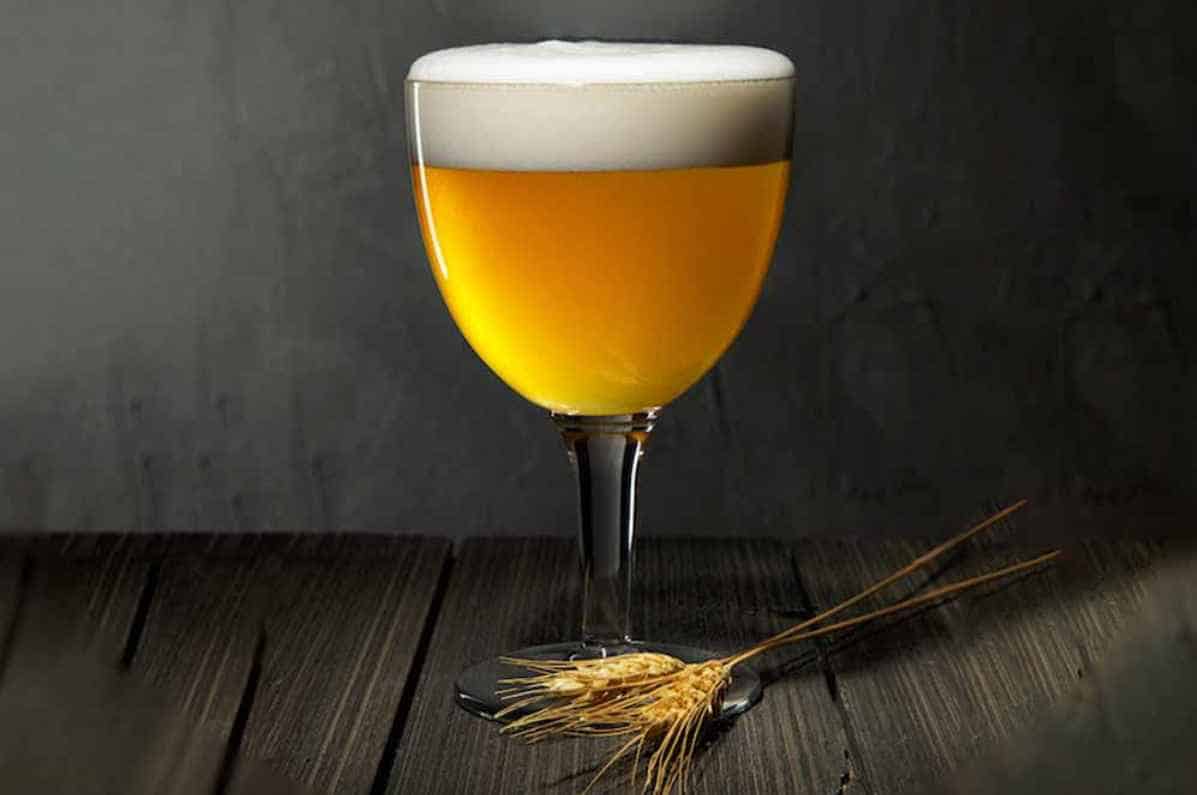 Germany has a long history of brewing and making many of the best beers in the world. One of these famous blends is Weiss beer. With this Weiss beer guide, you will learn about its history, process, and flavor profile in no time.

What is Weiss Beer?

Weiss beer or Weissbier is a German light ale famous for its unique flavors. The German name roughly translates to white beer. However, Weiss beer is much more varied than that.

The white name comes from the light and white particles present in the beer. The term also refers to the much lighter color of the Weiss beer.

The white color of the Weiss beer comes from the unfiltered yeast still present. There are clear variations, such as Kristalweizen. However, the standard is a very cloudy appearance.

It’s a wheat beer with many kinds of wheat in its wort. The result is a strong flavor of cloves and bananas. Although German law needs the grain to be at least 50% of the wort, most Weiss beer uses much more than that.

Weiss beer typically has a mix of 60-70% wheat; the rest is barley and a tinge of hops. The grain gives the beer its cloudy appearance and characteristic sweetness, while the barley provides the beer with its body and flavor.

Weiss beer is one of Germany’s most popular styles and is enjoyed by beer lovers worldwide. The popularity of Weiss beer has led to the development of many different variations, such as:

No matter what type of Weiss beer you’re drinking, you will surely enjoy this Bavarian staple’s unique flavor and refreshing character.

Weiss beer is best served cold and typically in a tall, slender glass. A Weiss beer with a slice of lemon or lime is called a Radler and is a popular summertime drink. 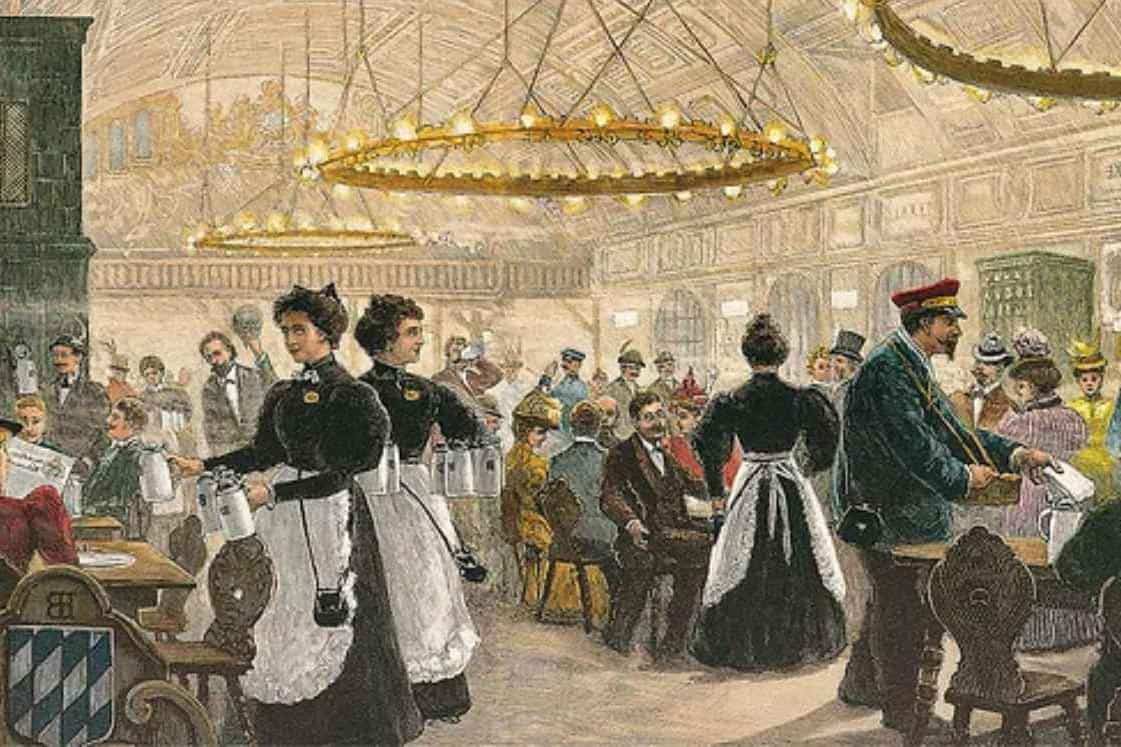 Much like many wheat beers, Weiss beer is pretty old. It’s believed that the history of brewing has been present in Germany since ancient times or roughly six to ten thousand years ago.

Many of the known wheat beer varieties are even present in the first civilization: Mesopotamia. Weiss beer is one of the wheat beers current in the variation.

Weiss beer has a long history in Germany, dating back to the Middle Ages. The first recorded mention of Weiss beer was in 1383, when it was mentioned in a Bavarian document.

Since then, the Weiss beer became increasingly popular in the centuries that followed, and by the early 1800s, it was among the most popular beer in Germany. It continues to be popular in the 20th century and even today.

Taste and Appearance of Weiss Beer 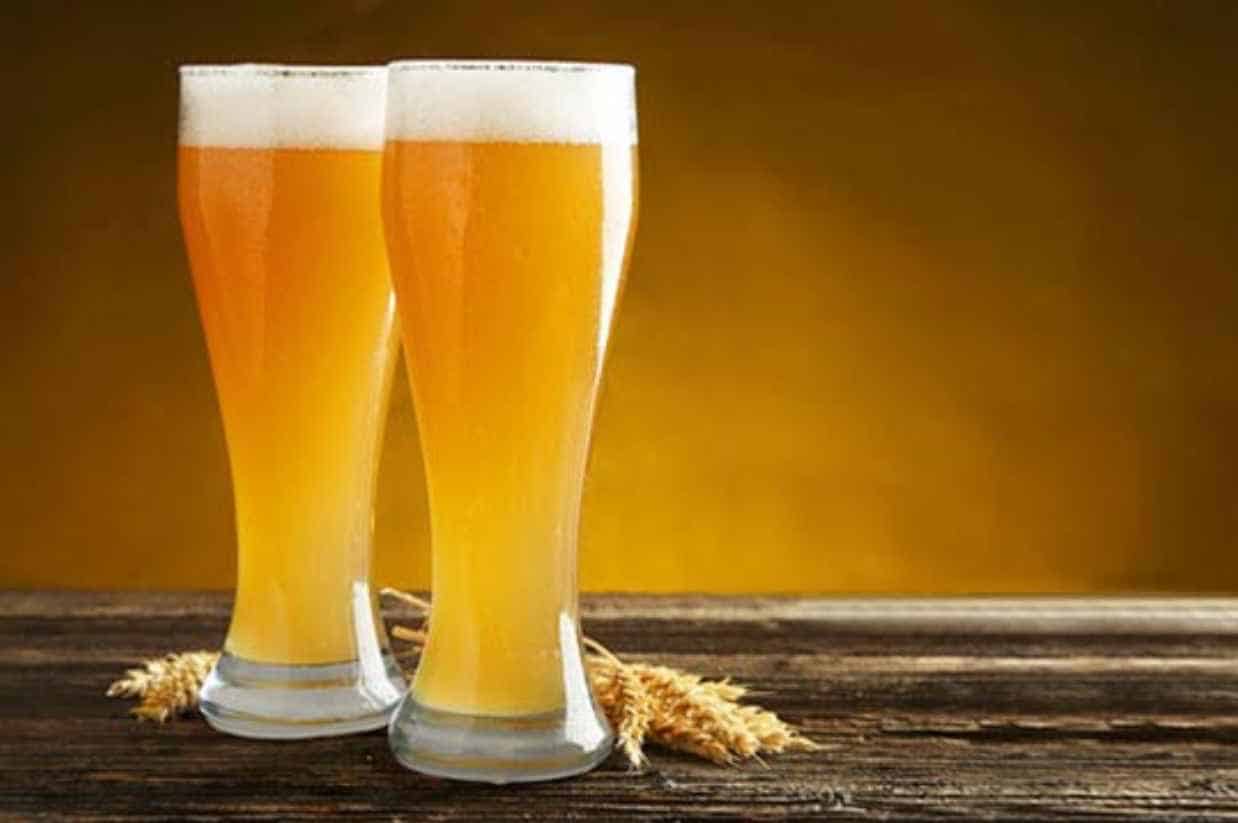 The Weiss beer has a very light color at two to six SRM. The beer starts with a pale straw color and goes into a golden hue as it ages. White particles and a very foamy top are also present.

In general, most Weiss beer is pale and cloudy. This is due to the unfiltered nature of the beer. However, some variations can showcase a much more transparent appearance.

The taste of Weiss beer can vary depending on the brand, but it is generally light a refreshing. Some varieties can be sweeter than others, while others have a more wheat flavor.

The beer is mainly medium-light to medium-bodied texture. It has a very creamy and full mouthfeel. The highly carbonated nature of the Weiss beer makes it a refreshing drink, perfect for the summertime.

Weiss beer is usually served cold and is often garnished with a slice of lemon. It results in a very excellent drink for cooling you down.

The Brewing Process of Weiss Beer 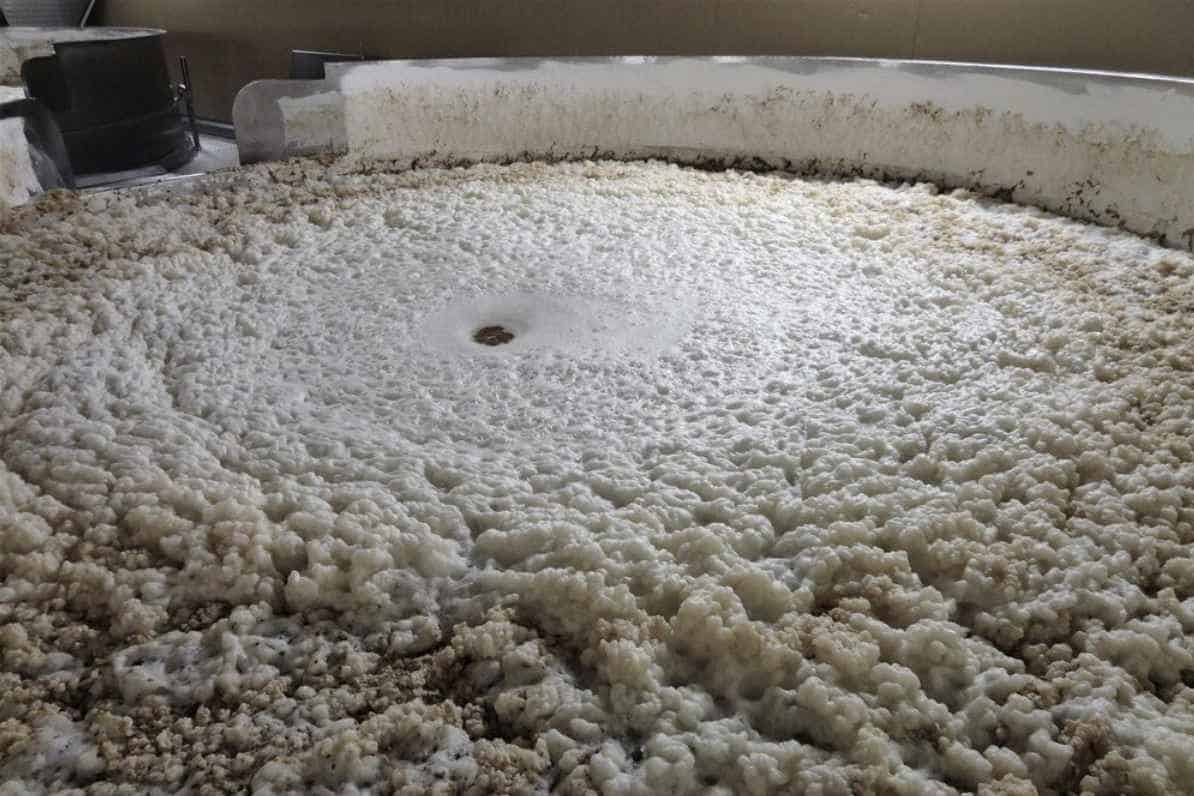 Weiss beer has one prime ingredient in its wort—wheat. As a type of German wheat beer, most of its blends have around 50% to 70% of the grain. Much like many beer blends, Weiss beer also has a good amount of malt and a hint of hops.

The brewing process of Weiss beer is relatively simple. However, a few key steps must be followed to produce a high-quality beer.

The brewing process of Weiss beer begins with malted wheat. The first step is to crush the wheat malt using a roller mill or a hammer mill.

The wheat malt, in turn, turns into a powder. This powder is then mixed with water to form a mash.

Then, the mash will boil at a temperature of around 150⁰F. The mash will cool down and sit for some time. This allows the malt enzymes to break the starch into sugar.

The next step is to cool the mixture and add the special yeast. The mixture is then fermented for about two weeks. The beer will become cloudy during fermentation, leading to its name, white beer.

After fermentation, the beer is bottled and allowed to age for a few weeks. During this time, the beer will continue to develop its flavor.

Although Weiss beer is already excellent in its standard variety. There are some types of Weiss beer you can get into, such as: 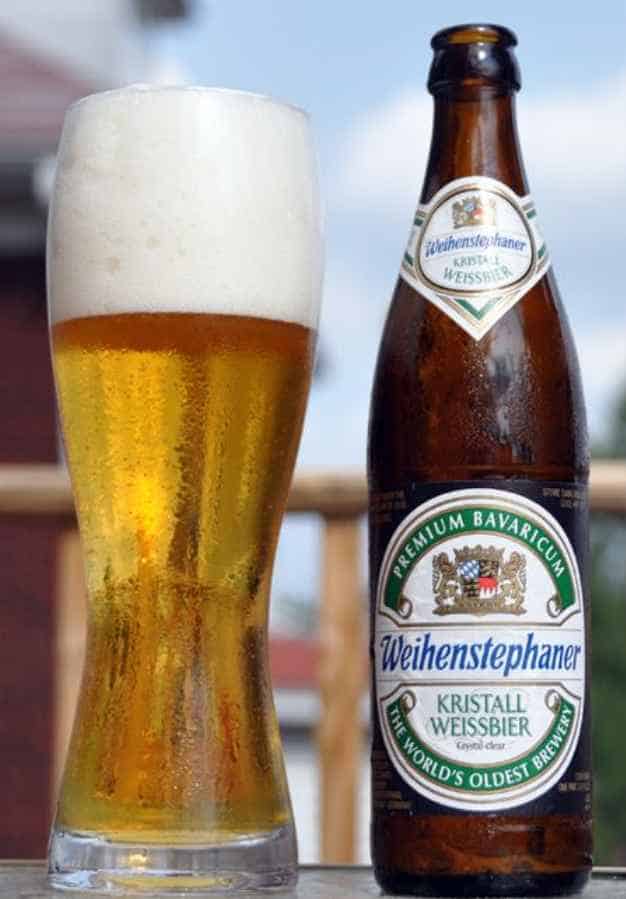 Kristalweizen is a clearer variety of Weiss beer. Although it’s very similar to the standard Weiss beer, it offers less yeast flavor.

The brewing process of Kristalweizen beer starts with the prime ingredient— wheat malt. The wheat malt is mixed with water and yeast to create the wort. Then the blend will undergo a cooling and boiling process.

After the fermentation, the Kristalweizen will differ from the standard Weiss beer. It will undergo a filtration process before bottling. This step will give the beer its distinct, clearer look.

The taste of Kristalweizen beer is slightly sweet and refreshing. It has less yeast flavor than the typical standard Weiss beer due to the filtration. 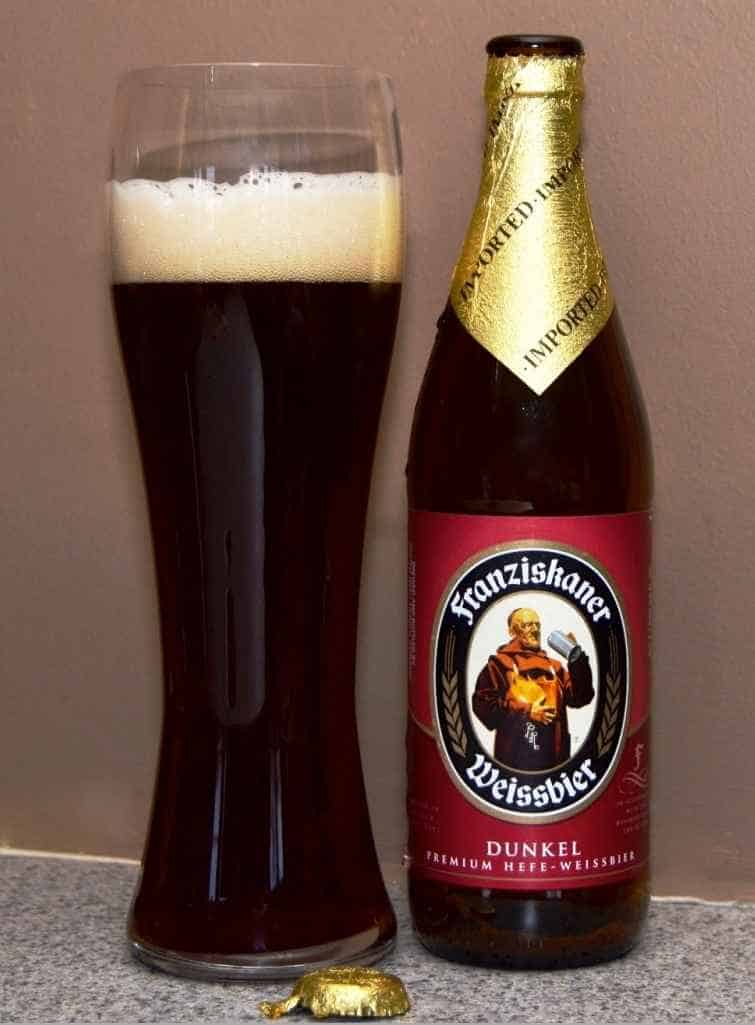 Dunkelweizen beer is a popular style of Weiss beer. It differentiates itself through its characteristic dark color. It uses a dark malt, which results in a distinct look.

Dunkelweizen beer is typically medium-bodied and has a slightly sweet flavor with notes of chocolate and coffee. It is a popular beer style in Germany and brewed in other countries, including the United States. 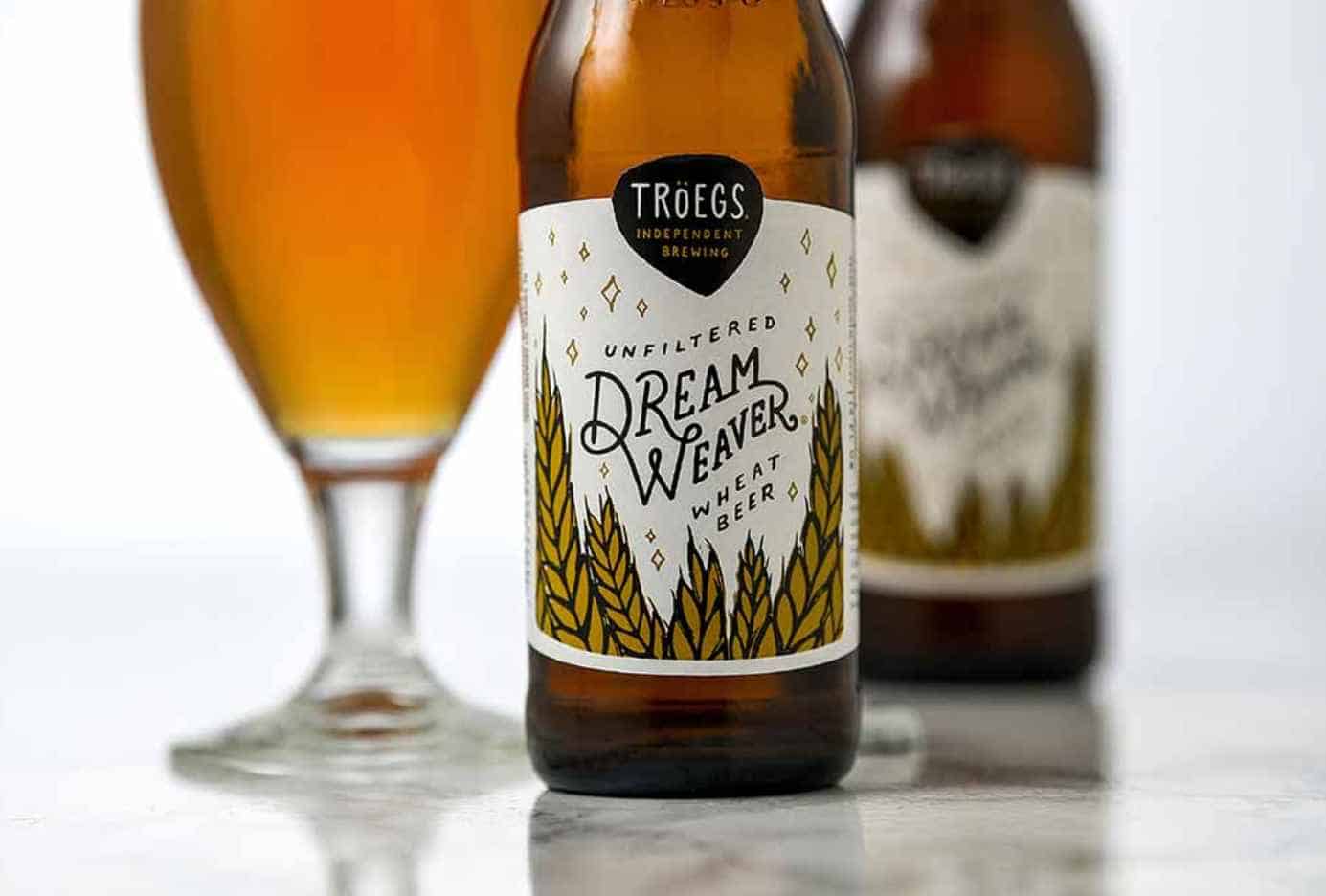 Hefeweizen is a derivative rather than a straight type of Weiss beer. It’s another example of a German-style pale ale.

Hefeweizen beer is typically light in color and has a slightly sweet flavor. You can check out our article here if you want to know Hefeweizen beer more.

Now that we know the brewing process and flavor profile of the Weiss beer, here is a list of the food pairings you can try.

Weiss beer is a refreshing, German-style wheat beer that is perfect for enjoying sweet desserts. The beer’s delicate flavor pairs well with light and decadent desserts, making it a versatile choice for any occasion.

Many different desserts pair well with Weiss beer. Chocolate is a classic choice that always hits the spot, but fruits like strawberries or peaches can also be delicious.

For those looking for something different, try pairings Weiss beer with a savory dessert-like cheese or nuts. No matter what dessert you choose, you’re sure to enjoy a delicious and uniquely flavored treat.

Weiss beer is excellent with soft cheese, such as Brie or Camembert. The beer’s sweetness pairs well with the creaminess of the cheese. The beer can also help to cut through the pungent nature of the cheese.

Weiss beer is an excellent choice for rich and creamy dishes. The beer’s slightly sweet flavor pairs well with the striking richness of the food. The beer’s light body won’t weigh down and overwhelm the meal.

Weiss beer with seafood pairs well, especially in the pub setting. The sweetness of the beer pairs well with the salty taste of seafood. It also eliminates the fishiness of the seafood.

Salads are perfect for Weiss beer because they are light and refreshing. A green salad with a light dressing is a great option. You could also try a fruit salad or a garden salad with herbs and vegetables.

Weiss beer is a refreshing, flavorful choice for any occasion. Whether enjoying a sunny day at the beach or celebrating a special moment with friends, Weiss beer is the perfect drink to share. If you’re looking to explore the world of German beer, start with a Weiss beer. You won’t be disappointed!