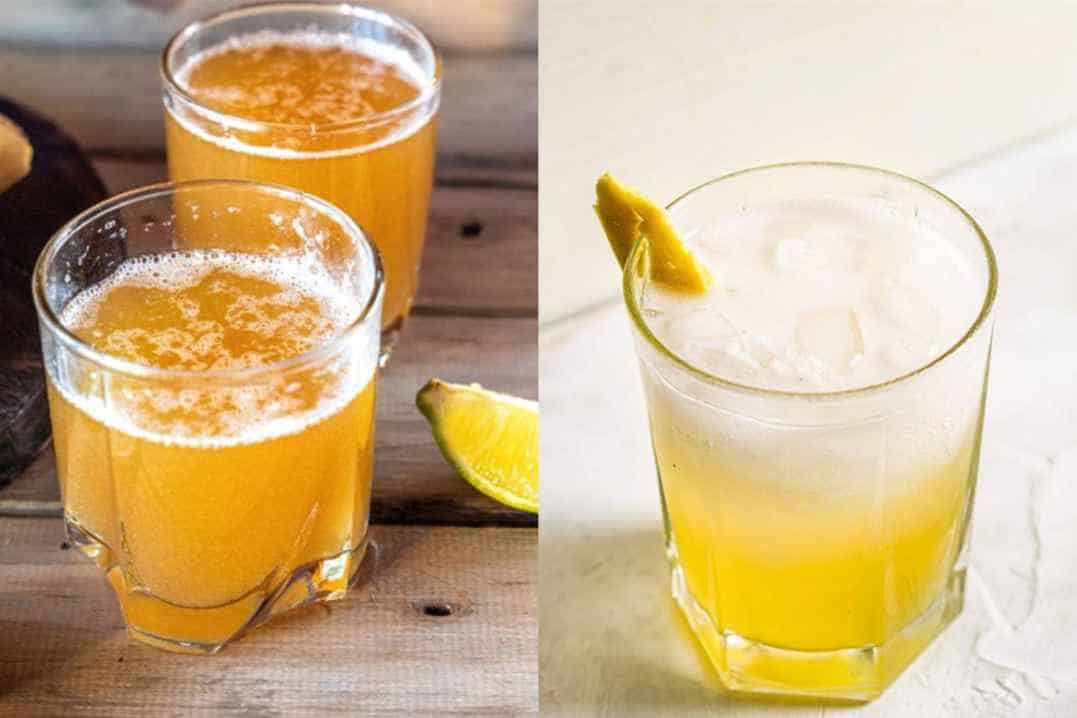 Ginger Beers and Ginger Ale dominate the market because it’s a fantastic add-ons for mocktails and cocktails.

With their vast popularity, these two bubbly drinks are often confused with each other, with people referring to them interchangeably. However, while the two drinks share common ginger ingredients, they have subtle differences. They taste different and have unique uses too.

If you’re curious about what makes ginger beer and ginger ale different, this article is for you! Because here we put the two drinks into the limelight! 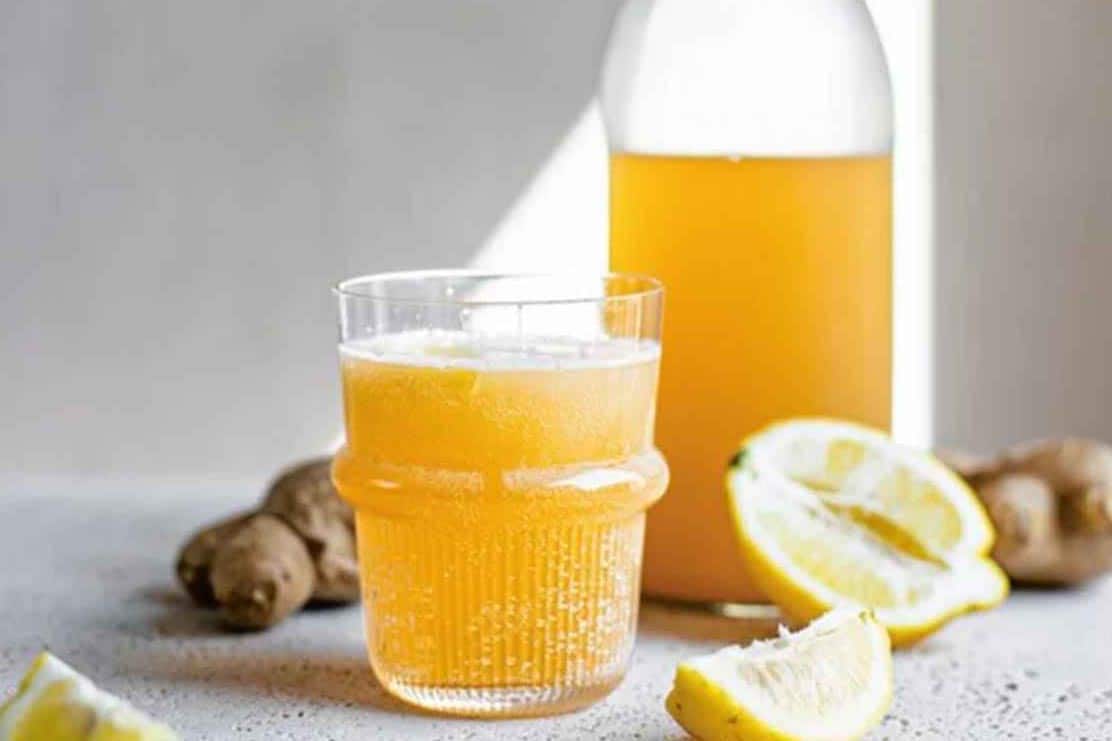 To get things started, let’s briefly introduce the infamous ginger beer. Once you taste this drink, you’ll realize that ginger beer has a bubbly texture with an intense ginger flavor wrapped in a spicy finishing touch. Also, ginger beer goes through the standard process of brewing and fermenting.

Time ages, records say that it was an alcoholic beer. But recent trends dictate that now they are non-alcoholic beverages. If you want to know more about ginger beer, see our article here. 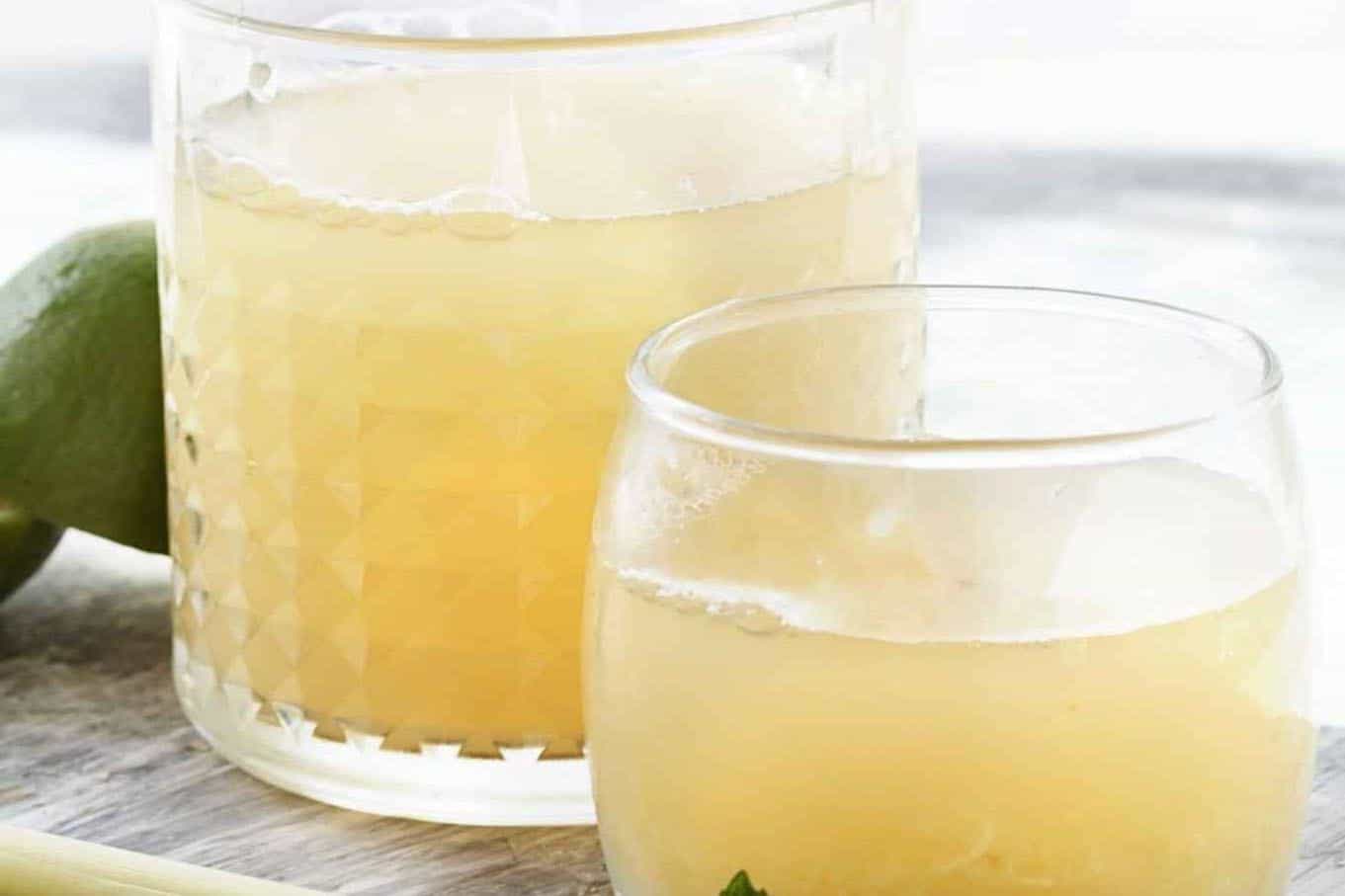 Now, let’s move on to ginger ale. While ginger beer and ginger ale share the same prominent ingredient, ginger, people say ginger ale is much milder, sweeter, and mellow. It’s safe to say that ginger ale is a sedated cousin of ginger beer. It’s non-alcoholic and, like a soft drink, a bit, of course, ginger flavor.

Experts believe that ginger ale first appears in Ireland. But some say ginger ale made its name and gained its reputation in Canada during the early 18th century.

Today, what we hailed as ginger ale comes in a dry, pale style with a light hue shade and soft flavor. On top of everything, ginger ale is pretty versatile since it can be a fermented drink made of ginger bugs and loaded with small alcohol content.

If you like a drink during airplane travels to shoo away stomach upsets, ginger ale is the way. Plus, because of its featured mild taste, ginger ale would make a fantastic substitute for club soda. It’s the natural and perfect choice when you’re up for a light, sweet, but refreshing drink.

Over the years, ginger beer and ginger ale have paved the way to the limelight of being famous cocktail mixers. In addition, one should always appreciate these two’s powerful benefits. Both drinks are excellent stomachache remedies. 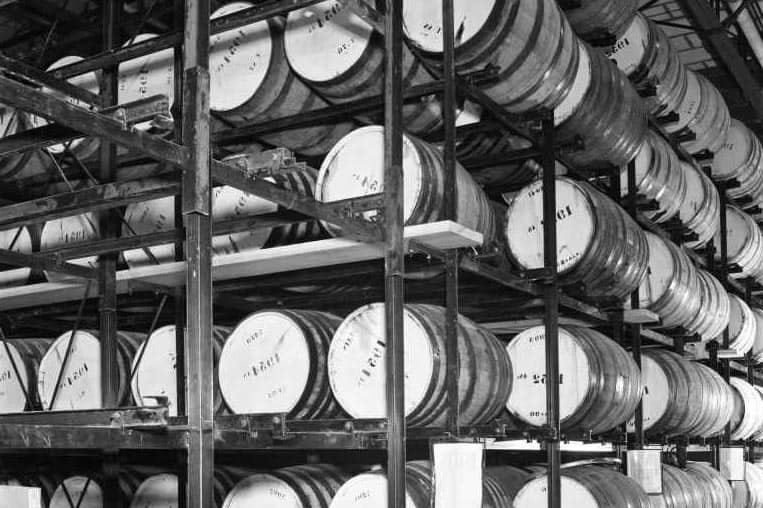 Brewmasters made ginger beer by first preparing lemon zest and ginger. Afterward, the two will be then steeped in hot water.

Once the ginger-lemon zest tea has cooled to around twenty-five to thirty degrees Celsius, brewers will add the yeast. Finally, they will cover this mixture using a clean cloth and let it sit for at least twenty-four hours to jumpstart the fermentation process.

After the first twenty-four hours, the brewers will bottle the mixture and let it ferment at room temperature for another forty-eight hours. Then, this will be placed in the fridge. Six days after, crafters will add sugar to dominate the live yeast.

On the other hand, ginger ale is traditionally made by creating a “wort” from salt, molasses, ginger root, and water. The brewers will bring this mixture to a boil. Later, the ginger bug must be added, and then time to bottle.

Afterward, once ginger ale is placed in the glass bottle, brewers will seal it until airtight. They will let it stay on the counter for two to three days. Fermentation finds its way, and carbonation will form.

In addition, it’s important to note that ginger beer and ginger ale vary in the use of fermenting agents. Brewmasters use yeast in fermenting ginger beer. On the other hand, whey is used for ginger ale. Coated water with ginger is always necessary to produce a ginger ale!

The second difference between ginger beer and ginger ale is their alcohol content. Ginger beer is naturally brewed and fermented with less than 0.5 % alcohol by volume (ABV). Technically, as per FDA regulations, with its deficient alcohol level, ginger beer still falls into the non-alcoholic category.

Meanwhile, ginger ale is a delicate, ginger-flavored, and artificially carbonated drink. Unlike ginger beer, this drink does not have any alcohol content. It’s like a club soda you can sip as a stress reliever. 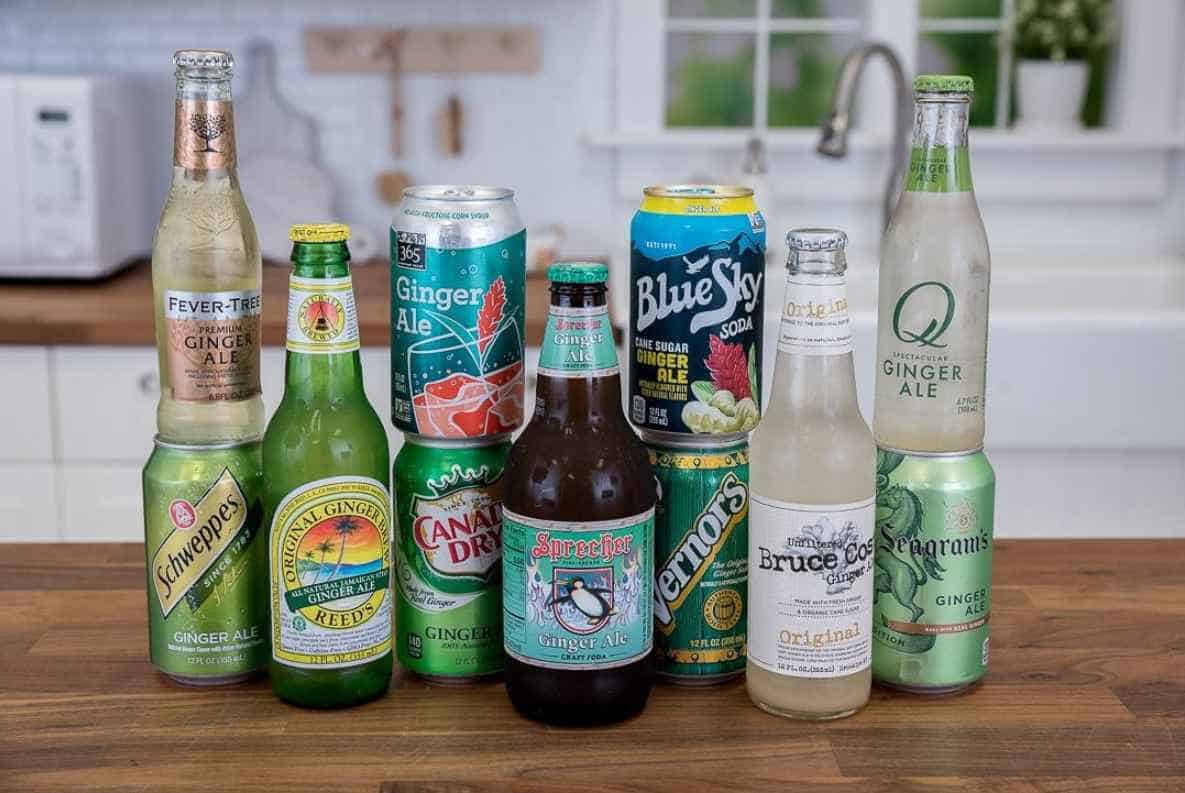 Brewing storage is another notable difference between ginger beer and ginger ale. Beer connoisseurs can freely store ginger ale using glass bottles during brewing. However, one cannot do this when storing ginger beers.

Because of the yeast gas pressure in the ginger beer’s fermentation process, glass bottles might burst. It’s best to put ginger beers in PET (polyethylene terephthalate) bottles made of durable, clear, and lightweight plastic.

Ginger beer and ginger ale have unique flavor profiles and aromas. Ginger beers are famous for their solid gingery taste and spicy whiff finish. But these lines of beer are less carbonated compared to ginger ale. On the other hand, ginger ale is quite a sweet soft drink with a mellow flavor.

While the two share the same ginger ingredient and are technically non-alcoholic soft drinks, the two are significantly different in flavor. Ginger beers are always spicier, with a kick and robust flavor. But ginger ale always comes mild and sweet.

In this YouTube video, let’s look at the significant difference between ginger beer and ginger ale.

Ginger Beer vs. Ginger Ale: When is the Time to Use Them for a Drink?

It’s undeniable that both ginger ale and ginger ale can stand independently. The two are famous cocktail mixers. Promise you’ll love these two non-alcoholic mixers with their lovely bubbly texture. However, while the two can magically add a ginger hint to your drink, there are still some usage differences between them.

Because of its solid and spicy finish, it’s best to add it to your cocktail when you want to go intense. Traditionally, beer lovers commonly used it when drinking the Dark and Stormy or Moscow Mule. And yes, don’t use ginger ale as a substitute for these drinks if you want a fantastic flavor!

On the other hand, ginger ale is the ultimate go-to if you like extra sweetness and a hint of bubbles in your drink. It’s best to have it with mocktails and cocktails like Shirley Temple and Pimm’s cup. But again, when your body calls for a strong smoothie drink, there’s no stopping you from reaching ginger beer. 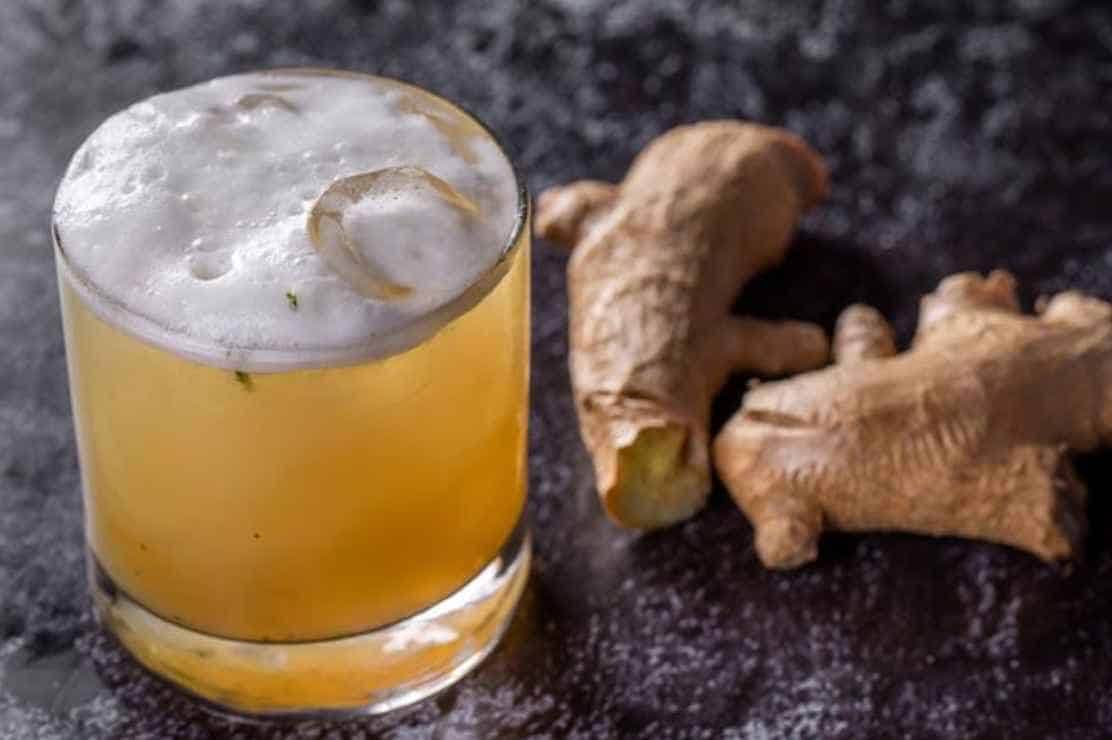 On the other hand, here are the health benefits of ginger ale. 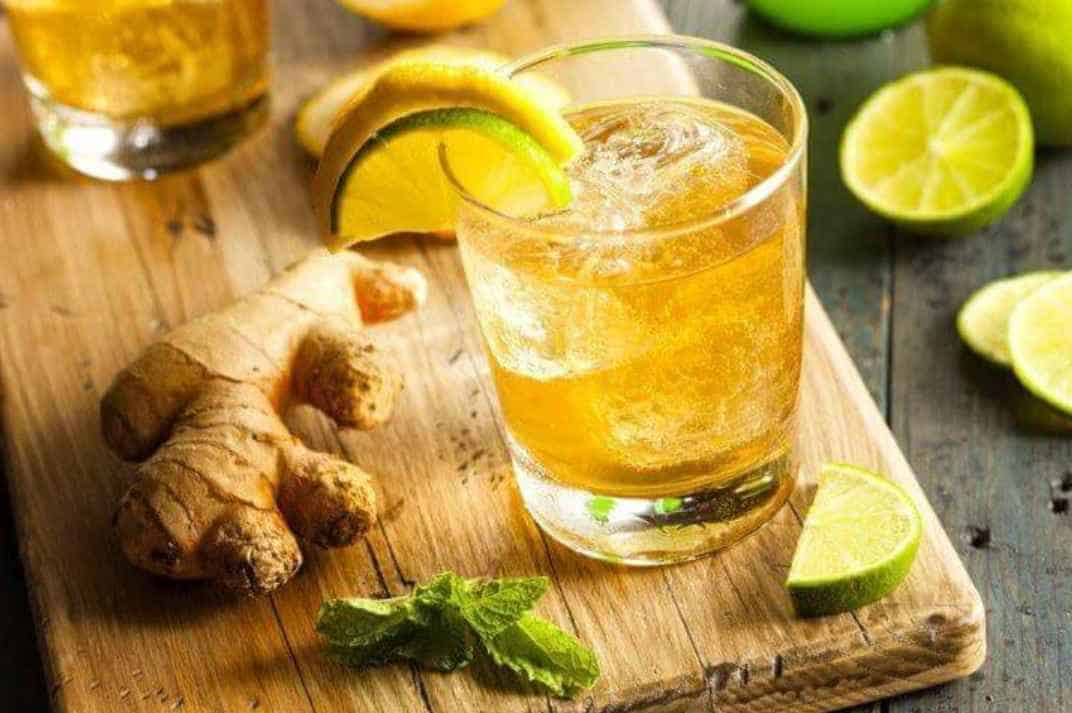 Want our recommendations? To make your life easier, we’ve searched the entire web and listed the best ginger beers and ales to try at your next pool party! Sip, savor, and repeat!

For a Fantastic Toast!

While ginger beer and ales are famous cocktail mixers and stomachache relievers, the two share a difference! They have different ABV, brewing storage, production, and fermenting agents.

Of course, remember the flavor. But while they’re unique, there’s no stopping you from having and enjoying these drinks more so when you like a cool, refreshing ginger drink on a sunny day.