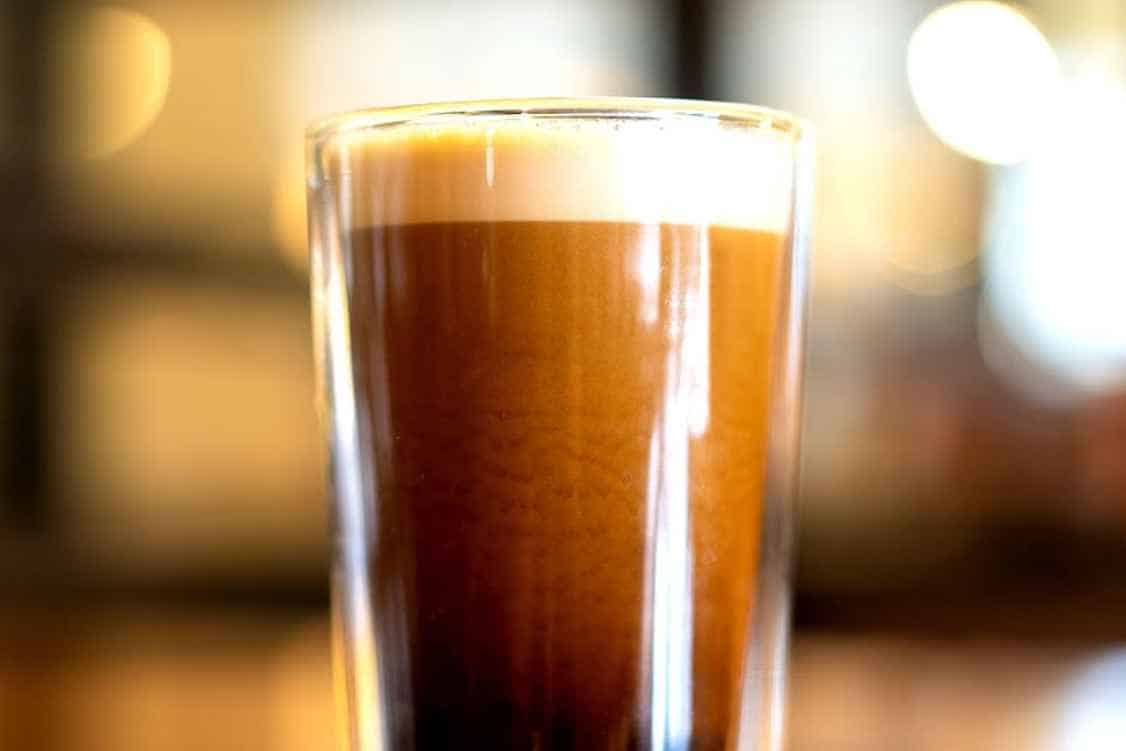 The beer industry is growing at a steady pace. Several trends have delighted many beer lovers all over the world. One rising star in the beverage world is nitro beer.

So, what is nitro beer? It’s short for nitrogenated beer, a creamy drink with a luscious foam. This article will walk you through the history and science of this unique beverage.

What is Nitro Beer?

The brewing industry coined the term “nitro”. It refers to using nitrogen gas instead of carbon dioxide in brewing. It’s known for its velvety mouthfeel and generous foam.

In the past, Nitro beers are only available via tap. But due to advances in brewing technology, it is now sold in cans.

How was Nitro beer developed? 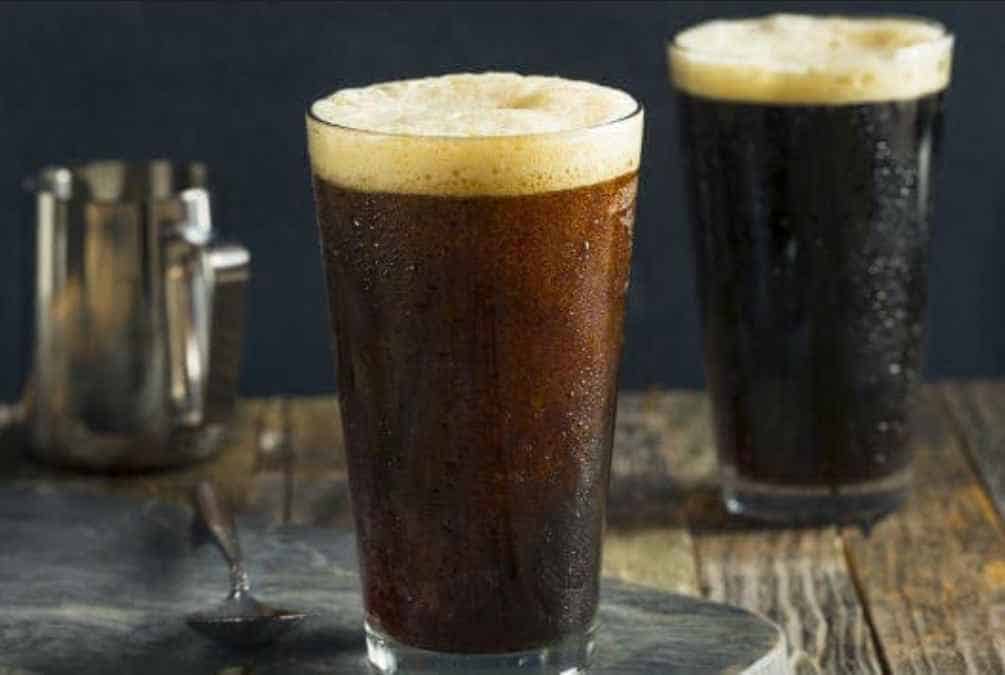 In the 1950s, Guinness, a world-renowned alcohol company, employed the services of a mathematician named Michael Ash. His task was to stabilize an unrefined draft beer mechanism. He thought of using inert and stable nitrogen gas to dispense the alcohol.

Incorporating nitrogen in beer had been a complicated journey. For a long time, people still drank nitro beer from a tap. Then a breakthrough happened in the 1980s. Guinness discovered a way to pour nitrogen into bottles and cans using high pressure.

It took Guinness almost 20 years to figure out how to bottle and can nitro beer. They developed a device called a widget to inject the gas into beer. Presently, many brewers have improved this technology. They also created new techniques to provide a smooth brew to customers.

Why did brewers make nitro beers? 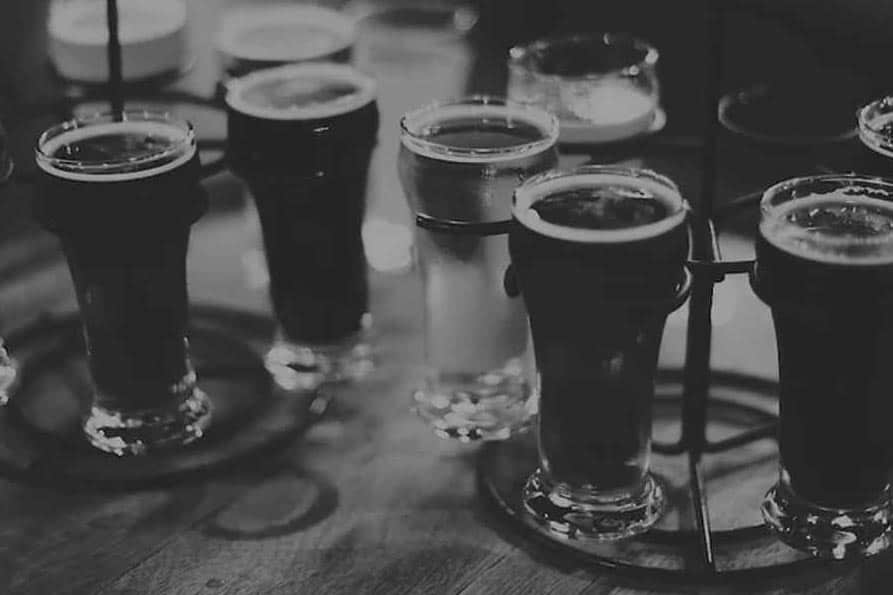 Nitro beers offer a unique experience for the drinker-from pouring to sipping. Brewers wanted to elevate the humble beer into a spectacular drink. The way the beer flows to the glass can be mesmerizing.

Aside from creating a bubbly show, nitrogen accentuates the beer’s sweetness. It enhances the caramel notes of porters and stouts. It also brightens the flavors of fruited sours.

Do you want to know more about nitro beer? Check out this video!

How Is Nitro Beer Made?

The process of making nitro beer is straightforward. In a bar setting, the first step is to connect the keg to a draft line. Then nitrogen will be used to force the beverage out of the barrel. It will pass through the line and goes straight into the glass.

As an insoluble gas, nitrogen will not dissolve in the liquid. It results in a smooth and creamy feeling in the mouth. A tap component called a restrictor plate helps create fluffy foam.

It pushes the fluid through minute holes. So when the beer touches the glass, it creates a cascading action for which nitro beer is famous. The result is a lush head that makes the drink more enjoyable.

What is the science behind nitro beer? 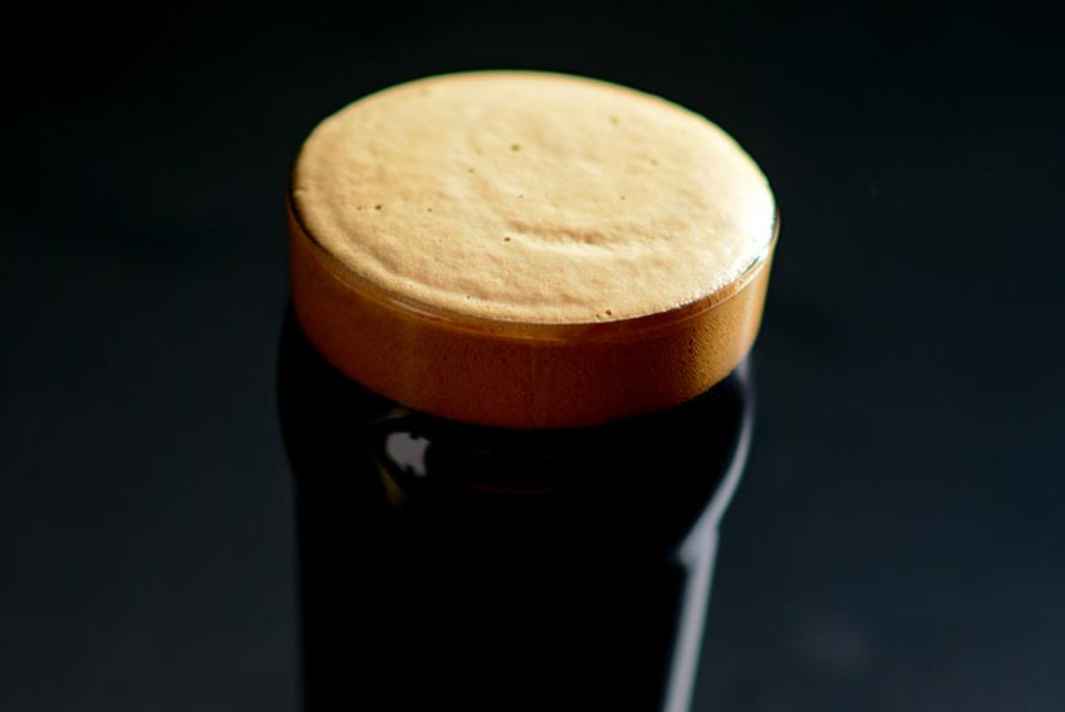 Nitrogen is a non-polar gas that doesn’t dissolve easily in liquid. This characteristic leads to a longer-lasting foam. It also causes the famous cascading effect, which has put nitro beer on the map.

How do you serve nitro beer?

Serving nitro beer on tap requires high pressure. Some brewers usually add nitrogen gas before packing the beer in kegs. Other manufacturers incorporate nitrogen on the draft line and install a  restrictor plate. This part forces the beer through tiny holes. It then creates an incredible waterfall effect.

Pull the lever down when you want to serve nitro beer on tap. The ideal amount would be two-thirds full. Then, wait for a few seconds or until the beer settles. Next, push the lever back and fill the glass until the top of the glass. This process usually takes around 119.5 seconds.

How does nitrogen affect the beer’s taste?

Nitrogen’s insoluble nature enhances the beer’s natural sweetness. It is why it’s best for sour, malty, and dark brews. It also brings out the beer’s rich caramel and malty goodness.

What’s the Difference Between Nitro Beer and Carbon Dioxide Beer? 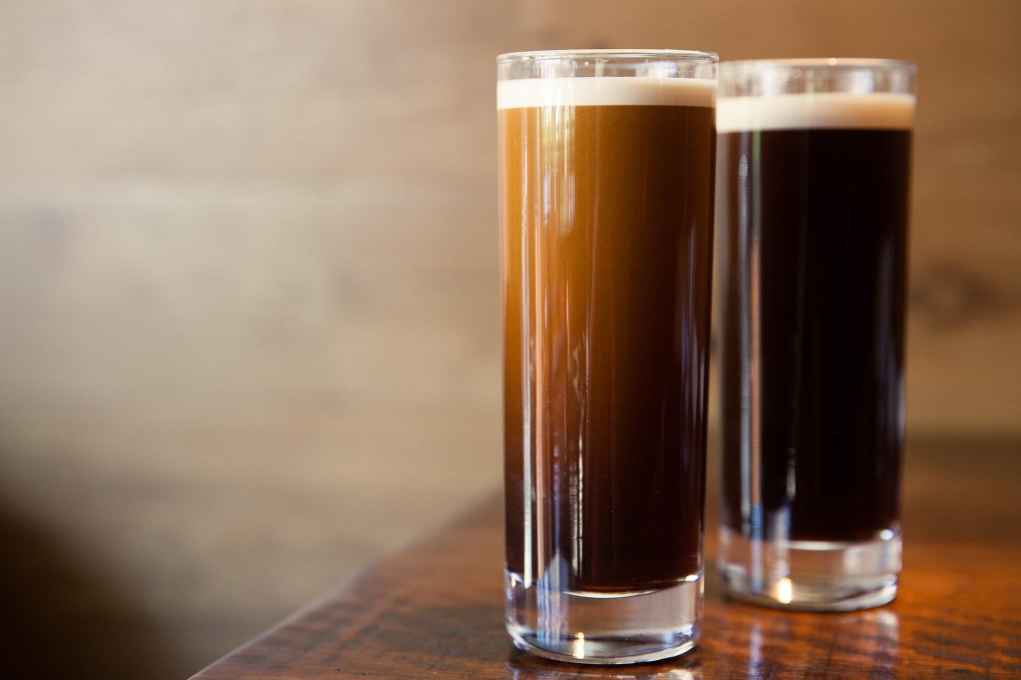 Carbonated beer is more common than nitro beer. However, nitro is quickly inching its way into beer lovers’ hearts. So, what makes nitro beer different from carbonated beer? The beers differ in bubbles, mouthfeel, flavor, appearance, and solubility.

Carbon dioxide bubbles are bigger than nitrogen bubbles. This contrast is due to the differences in their molecular structures. CO2 molecules are larger than N molecules.

Carbon dioxide’s bubbles give off the fizz that everyone knows. On the other hand, the smaller nitrogen bubbles create the smooth cascading effect that always mesmerizes nitro fans.

One of the defining characteristics of beer is “mouthfeel”. It refers to the physical sensations the beer gives to the mouth. Most carbonated beers give off a robust and tingling feel when consumed. Nitro beers have a smoother mouthfeel than carbon dioxide-infused beers. It’s also gentler on the tongue.

The beer’s overall flavor will boil down to the ingredients and techniques used. However, infused gas also plays a crucial role in the taste outcome. Nitro beer pairs well with malt-forward beers, while carbonated beers perfectly match hoppy variants. Infusing nitrogen in hops may diminish their flavor.

Nitro beers offer a mesmerizing effect as the liquid pours into the glass. On the other hand, CO2 beers rise to the top of the glass.

Nitrogenated beers also have persistent, fluffy heads due to their tiny bubbles. You would not see this feature in carbonated beers. Instead, you’ll witness a cascading, bubbly show.

Carbon dioxide acts differently in liquids due to its high solubility. Infusing beer with CO2 gas makes it stay fizzy for a longer time. On the other hand, nitrogen is insoluble in liquids. Drinks infused with this gas will quickly get flat.

Find out more about the difference between nitro beer and CO2 beer in this video.

Commercial and artisanal breweries have embraced the nitro beer culture. They brought the nitro beer experience from the tap to the shelves. The following are popular nitro brands in the market that you can try.

One of the most popular nitro beers is from the company that started nitro beer. Producing tap, canned, and bottled versions makes it a frontrunner in the Nitro beer industry. This IPA has a mild alcohol taste and smooth mouthfeel. It’s a refreshing take on the usual Guinness stouts despite having a bitter finish.

Adding sweet potatoes to beer is such a fantastic innovation. It may be an unusual choice, but it makes up for its delicious flavor.

The ingredients for this beer include milk sugar, molasses, Madagascar vanilla, cinnamon, and nutmeg. This combination creates an explosion of flavors in the mouth. The added nitrogen provides a luscious head and warm sensation.

Chocolate lovers would delight in this flavorful dark stout. It has a rich, chocolatey taste enhanced by a creamy head. You will know what to expect if you’re familiar with the brand’s regular milk stout. It’s a rich symphony of flavors in your mouth.

If you’re a fan of coffee, then this coffee-flavored stout is perfect for you. The addition of nitrogen balances the flavors of coffee and beer flavors.

It emits a decadent aroma reminiscent of brewed coffee beans. It also has chocolatey notes and a smooth finish. Fans of this brew recommend pouring the beer into a glass for the best experience.

The company recommends shaking the can three times before pouring it into a glass. This technique will allow you to enjoy the whole nitro beer experience.

This table sums up the popular nitro brands’ prices and ABV.

The market is filled with innovative beer types and flavors. One of the emerging variants is nitro beer. So, what is nitro beer? It’s a nitrogen-infused beer concentrate that creates a smooth and creamy beverage. Grab the chance to taste a nitro beer for a truly unforgettable experience.