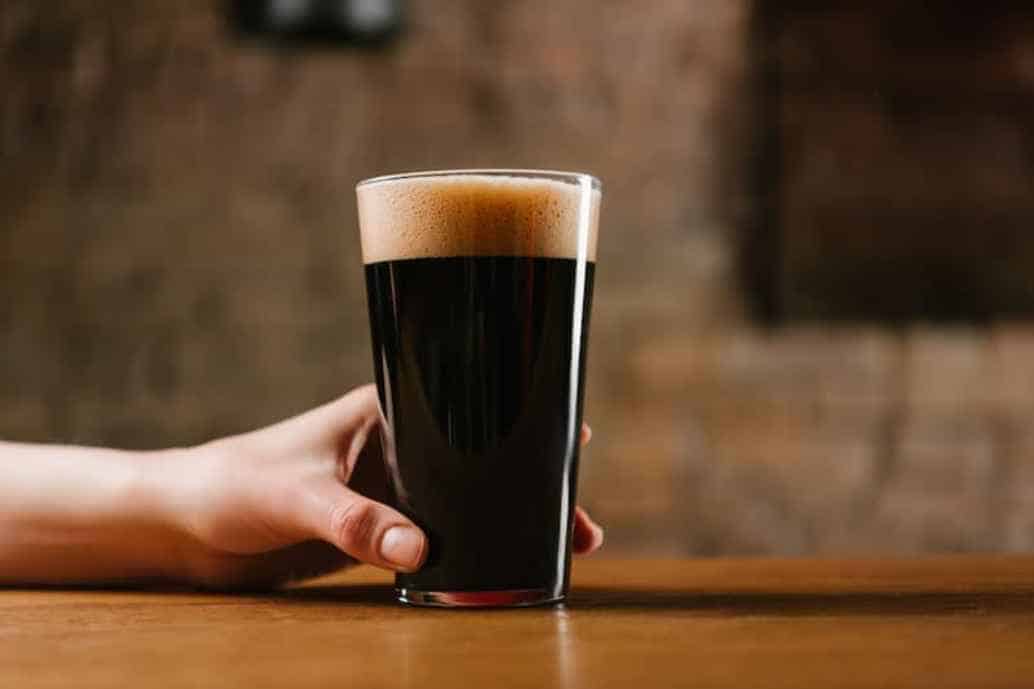 In any type of food and beverage, people have their favorites and preferences. If you are someone who likes roasted and velvety beers, you should get to know more about dark beers. With more exploration, you are welcomed into a world of aroma and flavors. So, what is dark beer? Get to know them better.

Getting to Know Dark Beers

Dark beer’s mysterious allure ushers in a delight that’s rich in flavor and refreshing. As the name suggests, they are relatively darker in shade than other beer types, and sometimes these beers are almost black. Dark beers are dominated by a roasted aroma and taste. Hence, these beers are well-loved, especially by drinkers who prefer bolder, malty.

While dark beer has existed for longer, it wasn’t until the late 18th century that it became a staple in London’s taverns. You may have noticed that in the winter or during the colder days, dark beers are the way to go for many. Fun fact, this has been a custom with a long history.

When it’s chilly and dark outside, there’s nothing cozier than enjoying dark and smooth beer alone or with loved ones. In the earlier days of beer-making, temperature control was not yet a thing, so a lot of beers were only made during the ideal seasons of their ingredients. And so, dark beer ingredients have the capacity to thrive during and withstanding the winter.

And so, the story of why dark beers are preferred during the colder days and, consequently, during the holiday season is justified. How we use technology and go along with the beer-making processes have changed for sure, but the craving for a specific taste during certain temperatures still exists up until now. 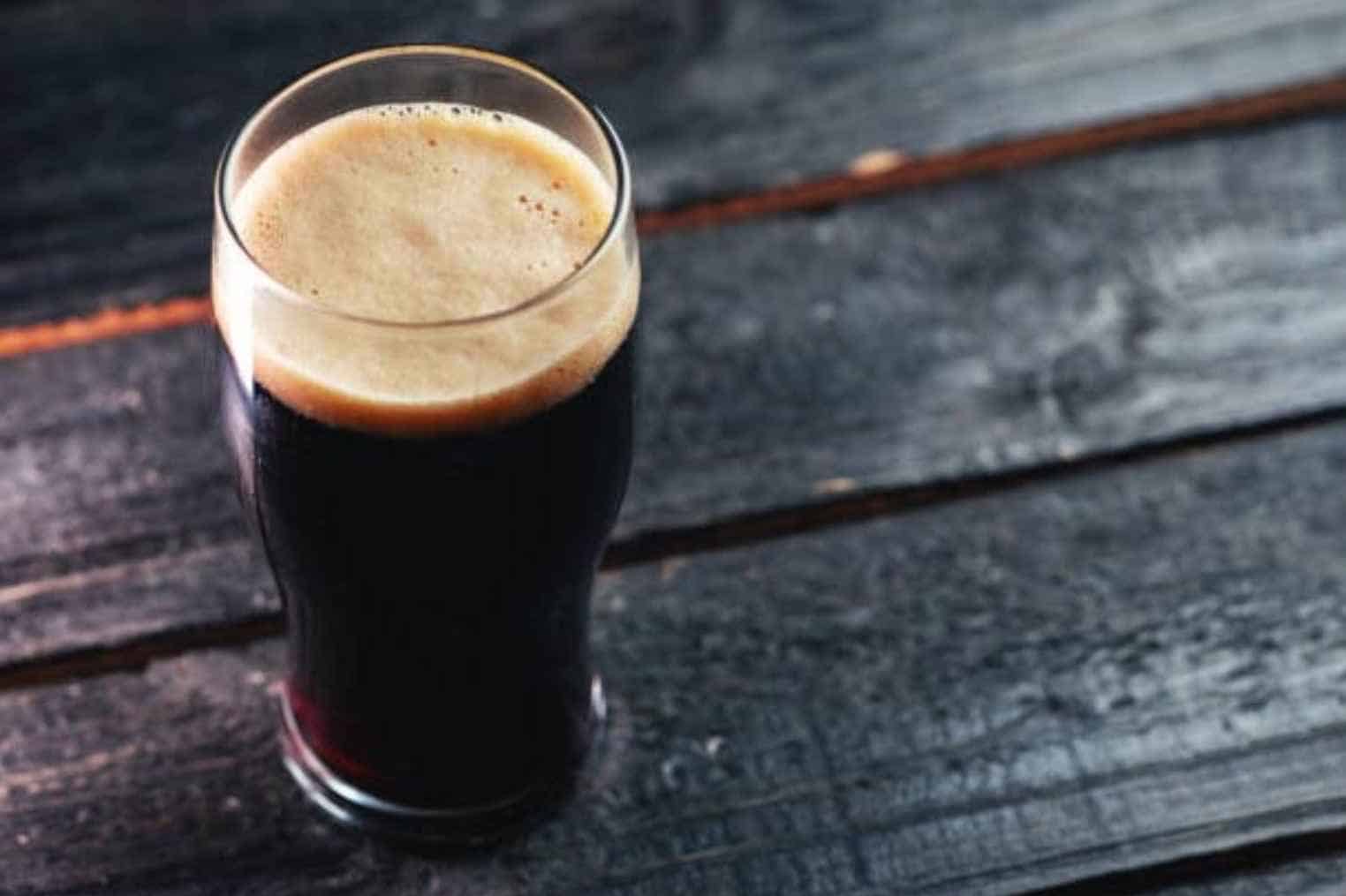 Every type of beer has notable characteristics or distinctive features that separate them from other types of beer. Here are some of the significant attributes of dark beer you need to get to know.

The first facet of a beer readily available to a person’s judgment is their appearance. The visual distinction between dark beers and other types (lighter ones) is immediately noticeable.

In fact, it’s the one thing that stands out the most when comparing two types of beer from the opposite shade spectrum. As the name suggests, dark beers are significantly darker than other beers.

A beer’s appearance is, of course, determined by the processes and ingredients that go into them. The various components work together to give each beer its distinctive hue. When compared to the other end of the spectrum, dark beers occupy a significantly more significant portion of the beer color palette.

While dark beers may seem a bit ‘strong’ because of their darker shades, this has nothing to do with alcohol levels or ABV. In general, beer concentration and alcohol content are both affected by the type and quantity of grain used in the brewing process.

Dark beer contains a substantial amount of the disease-fighting agents that aid in preventing cataracts and a variety of other ailments from manifesting themselves in the body.

Additionally, the iron concentration in dark beer is quite significant. In fact, among all different styles of beer, dark beer has the highest count.

The Making of Dark Beer 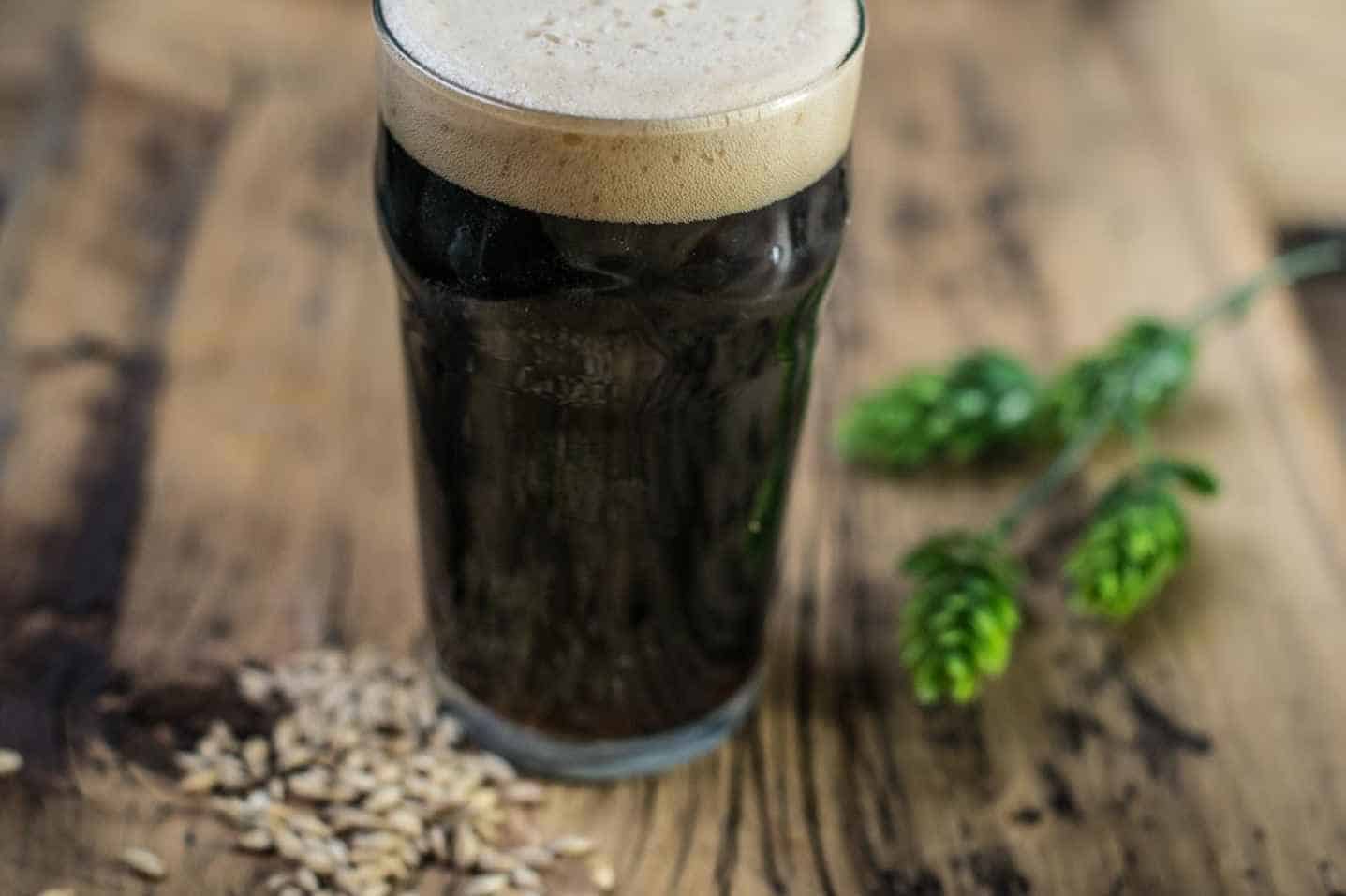 Different types of beer may have several ingredients in common. However, it still comes down to a specific measurement, a change in some components, additional ingredients, and differences in the process.

Dark beer has a more pronounced flavor profile because it uses a more nuanced blend of ingredients than standard beer. Here are some of the primary ingredients in dark beers.

Darker beers typically use more grain. The grains or malt contribute to the color of its sweetness and add additional flavors like mocha. Brewers can also customize and make stronger flavors by adding more robust flavors like chocolate and nuts. Honestly, they could add more flavors that complement the drink, including caramel, coffee, and even a gentle corn note.

Darker beers are roasted for a more extended period than their lighter counterparts. Though even light beers also undergo the same process. Darker beer colors are hugely impacted by longer roasting times.

This color is also achieved through more intensive grain preparation. Besides the already-mentioned distinctions like ingredients, roasting at different temperatures and for various lengths of time also produces very different flavors.

Dark beers typically use stronger ingredients. This way, the product delivers a more intense flavor profile. You might observe a significantly distinct flavor profile as dark beer flavors sometimes resemble hazelnuts, with a hint of coffee or a chocolatey note. 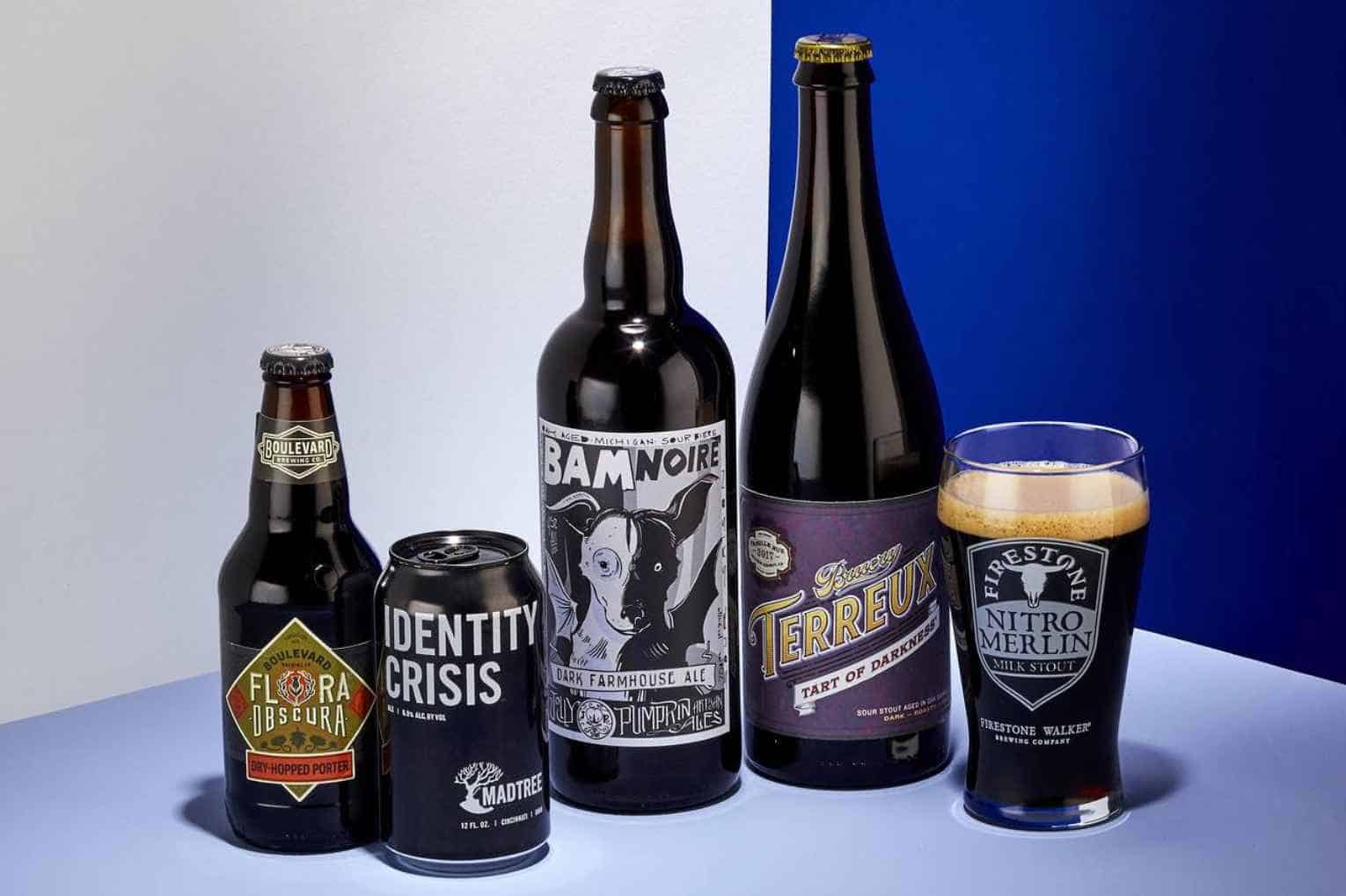 There was a time when dark beer was the most popular type around. However, times have changed, and the table has turned, as light beer is more popular now, especially in the USA.

But really, the type of beer you enjoy is based on a person’s preference, and there’s no hierarchy to what’s better at all. What’s good is that the increasing number of breweries opened up more opportunities for beer drinkers to explore different tastes and styles.

Black IPA strikes a precise balance between malts and its hop. And so, the birth of an exceptional brew. It can be found in various shades, from light gold to amber. There are also noticeable flavors like chocolate and toast.

The bready, chocolatey, nutty, and raisiny malt qualities make up this well-known soothing beer. Its style is distinguished by its delicate bitterness and subtle hoppiness.

The dark malt contributes to Black Ale’s ability to exude flavors reminiscent of chocolate and caramel. This drink also has herbal, floral, and fruity flavors.

There is a wide range of intensity and flavor in dark lagers. However, they have a slightly lower average alcohol content than other drinks.

English Porter is heavily malty and lightly roasted. The maltiness of the flavor comes across clearly.

A Munich Dunkel has a robust and deep malt flavor, nuanced and rich. Munich Dunkel does not have a cloying sweetness, so it does not get overwhelming.

Schwarzbier’s mildly roasted taste is complemented by subtle undertones of caramel. The carbonation level is average; if you prefer smooth beers, you will like this one.

Strong is a word to best describe this beer. Stouts are renowned for their strong malt qualities. These are also where the dark chocolate or coffee tones come from. 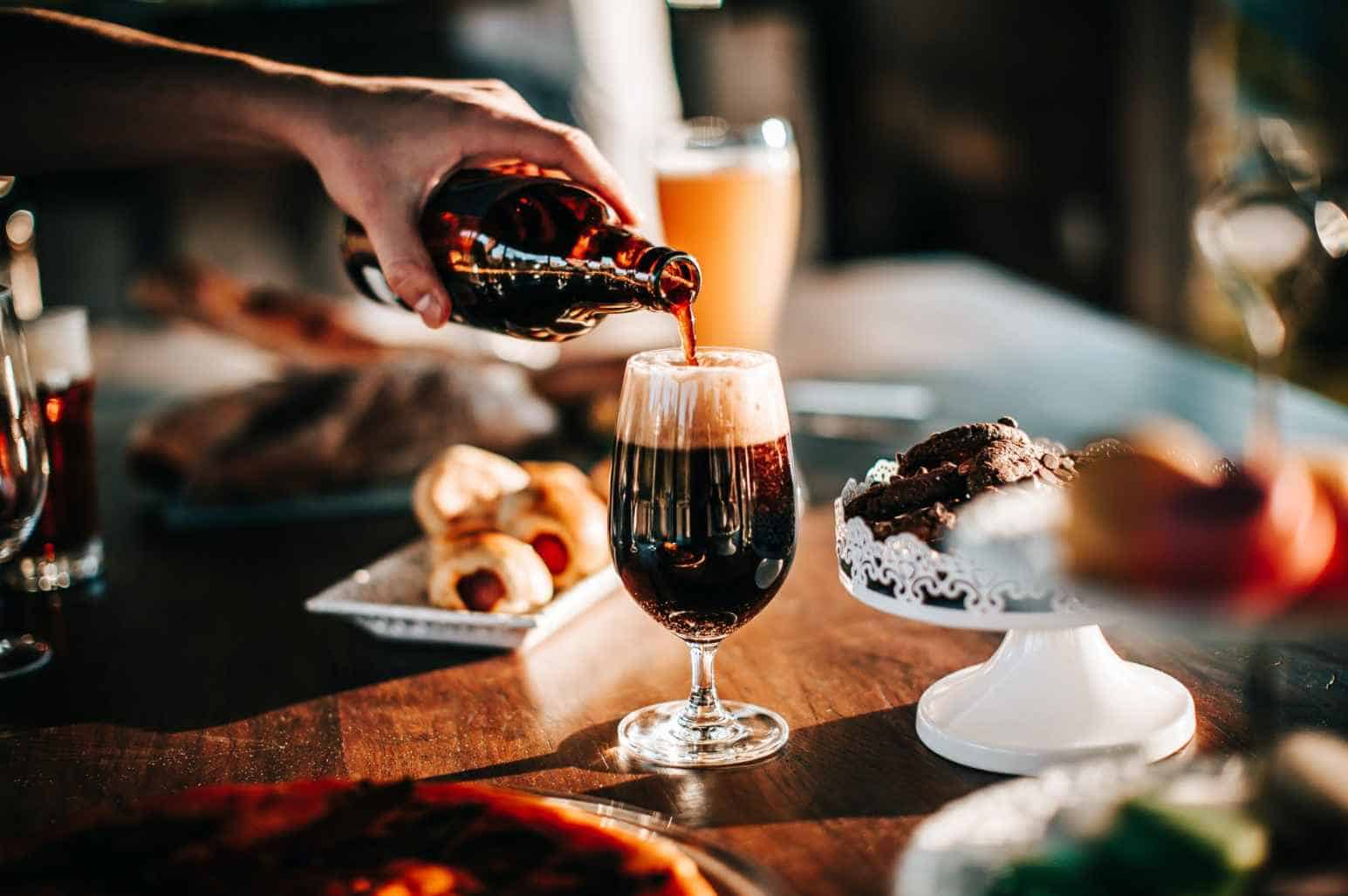 Whatever you pair with your drink is entirely up to you. A lot of people differ in taste and have varied palate preferences.

Grilled meat is one of the most paired foods in whatever drink you prefer. Dark beers are rich and sweet. Its flavors contribute to the pleasant and hearty taste of the meat. Dark beer is an excellent complement to any steak or pork dish. Finish every slice with dark beer to emphasize the delicate and deep flavors of the meat.

Seafood during the colder days is just delightful. With dark beer, the tender lobster meat becomes seemingly softer and delish. A strong but sweet beer push will surely water down seafood well. Depending on the dish, a good amount of dark beer should elevate the flavor.

Lobsters are pretty easy to pair with, but you might find it unique when people pair it with dark beer. However, dark beers surprisingly go well with lobster meat; their sweetness does not clash; instead, they give time for each of them to shine on your palate.

An equally substantial beverage, such as a dark beer, pairs perfectly with a hearty main dish like roasted pork. It will complement the roasted tastes without overpowering the pork. In addition, the crunch from the meat complements the rich and flavorful gulp of beer. A moderately greasy bite deserves an excellent dark beer, indeed.

When getting to know many types of beers, you will see how vast the world of the brewery is. So, what is dark beer? Well, it’s probably more than what the name suggests.

It’s a type of beer that has been engraved in history, and the stories of it are still told today. Indeed, dark beer is a timeless beverage masterpiece that keeps on growing and evolving.