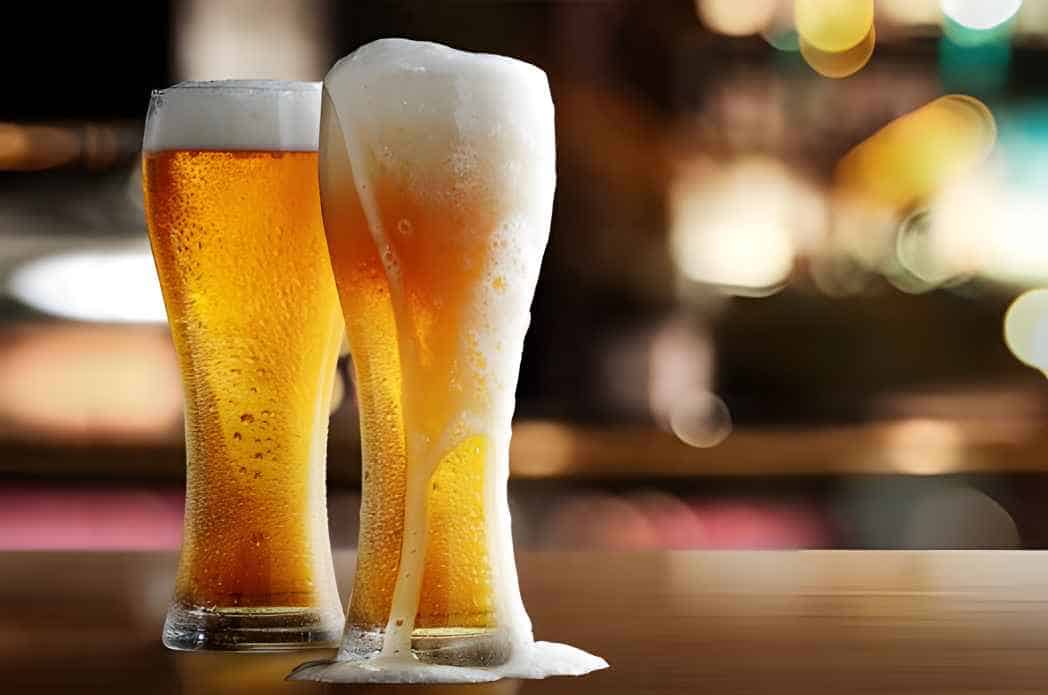 Once you navigate the world of beers, you can stumble upon the term “session beer.” You’ll find it everywhere, from beer and can bottle to labels and descriptions. On top of everything, there’s a rising popularity of session beers among beer lovers. But what exactly is a session beer?

There’s no more guessing. If you’re up for the digging game, come and let’s discover together what makes a beer a session beer and where the term comes from.

What Makes Beer a “Session Beer”?

In the world of beers, a session beer is a term that brew experts use to describe beers that are high in refreshment but lower in alcohol content. While the alcohol level is highly debatable and open to question, people believe those session beers have around 4% to 5% ABV (alcohol by volume).

If you come across beers with decreased alcohol levels, that’s probably a session beer. Simply speaking, session beers refer to beers that are not much. Not too filling. Not too anything. You’ll find them a little hoppy, malty, or bitter.

But, of course, don’t get us wrong. While we can surely expect that session beers are not intense, these beers still need to exude flavors. More appropriately, among all beers, session beers are the ones that strike an excellent balance.

In theory, a session beer is something one can drink and enjoy in several servings in a single drinking session without getting too drunk and intoxicated. You can have it in one sitting and still maintain your wits with you.

Session beers are cool, refreshing, light, and easy to drink. Due to its elegance and balance, this line of beers won’t overwhelm your taste palate. So, if you like to bring a beer that you can have all day, a session beer is the answer! 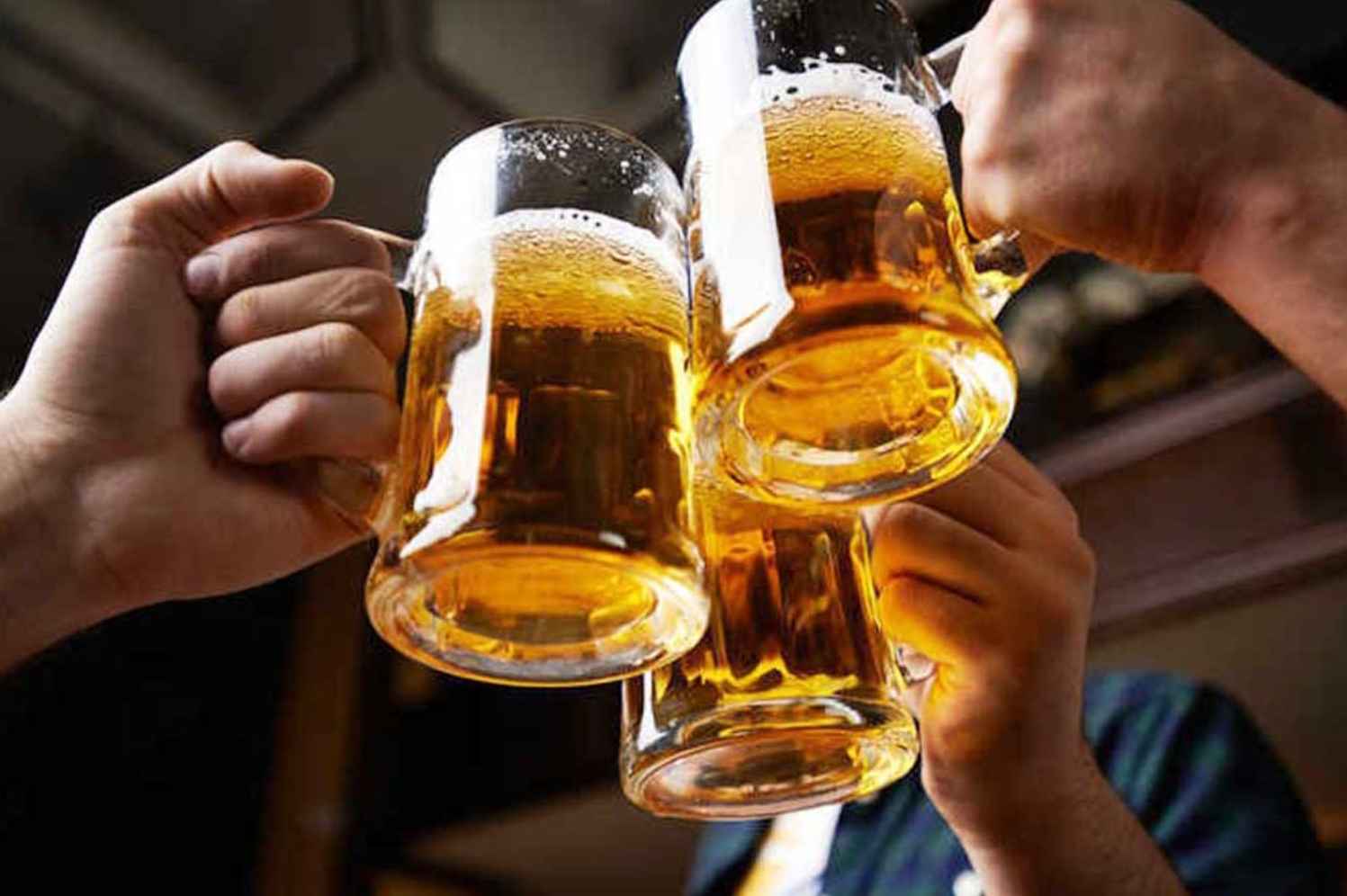 Everyone might agree that session beer is all about drinkability. But where and when do exactly session beer get its name? How does it start, and where do session beers evolve? The truth is there’s no specific source available. But the record says that session beer was named during the First World War.

At this time, munition workers can have short session breaks after long hours of labor. Experts believed these session breaks were only granted between shifts and didn’t last for hours.

Many laborers would drink lighter beers at the nearest pub or bar. They would go for lower alcohol content beers so it would be convenient for them to return to work without being drunk or intoxicated. Later, the term ‘session beer’ was born, 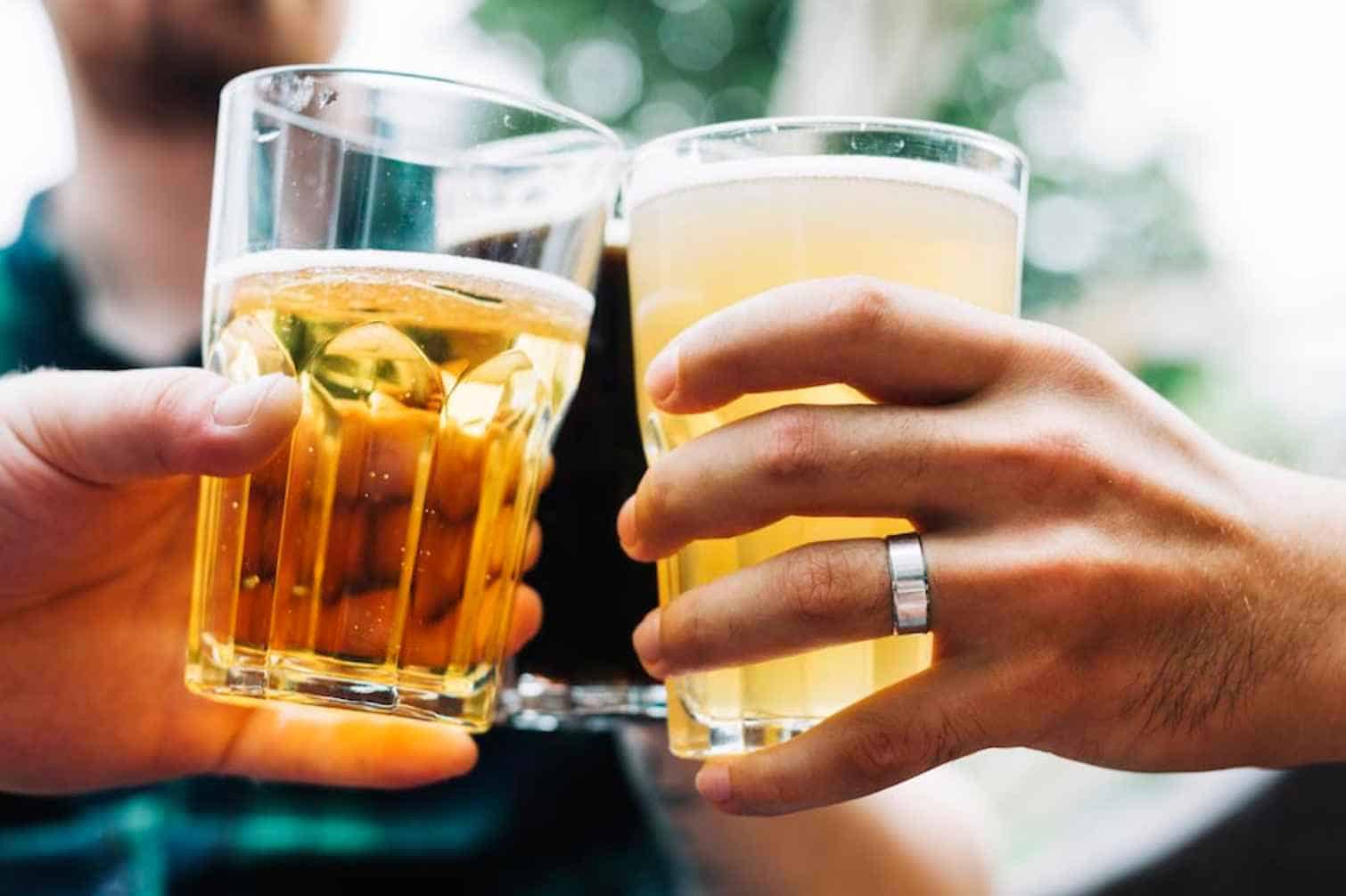 In this contemporary era, many brewmasters agree that one must give an approximate definition of a session beer. People indeed know session beer for its low alcohol level. But of course, we accept the fact that every individual’s alcohol tolerance dramatically varies from one another.

With different levels of preference, appetite, and alcohol tolerance, many beer experts agree that it would be impossible to drop a one-catch definition for a session beer.

In the United Kingdom, beers capped at 4% ABV (alcohol by volume) fall within the session beer category. On the other hand, session beers can go up to 5% ABV in the United States.

But to set the record straight, beer connoisseurs recognize Guinness as a session beer. While it may be too robust or too intense, Guinness is an ideal session beer with an ABV of 4.3%. 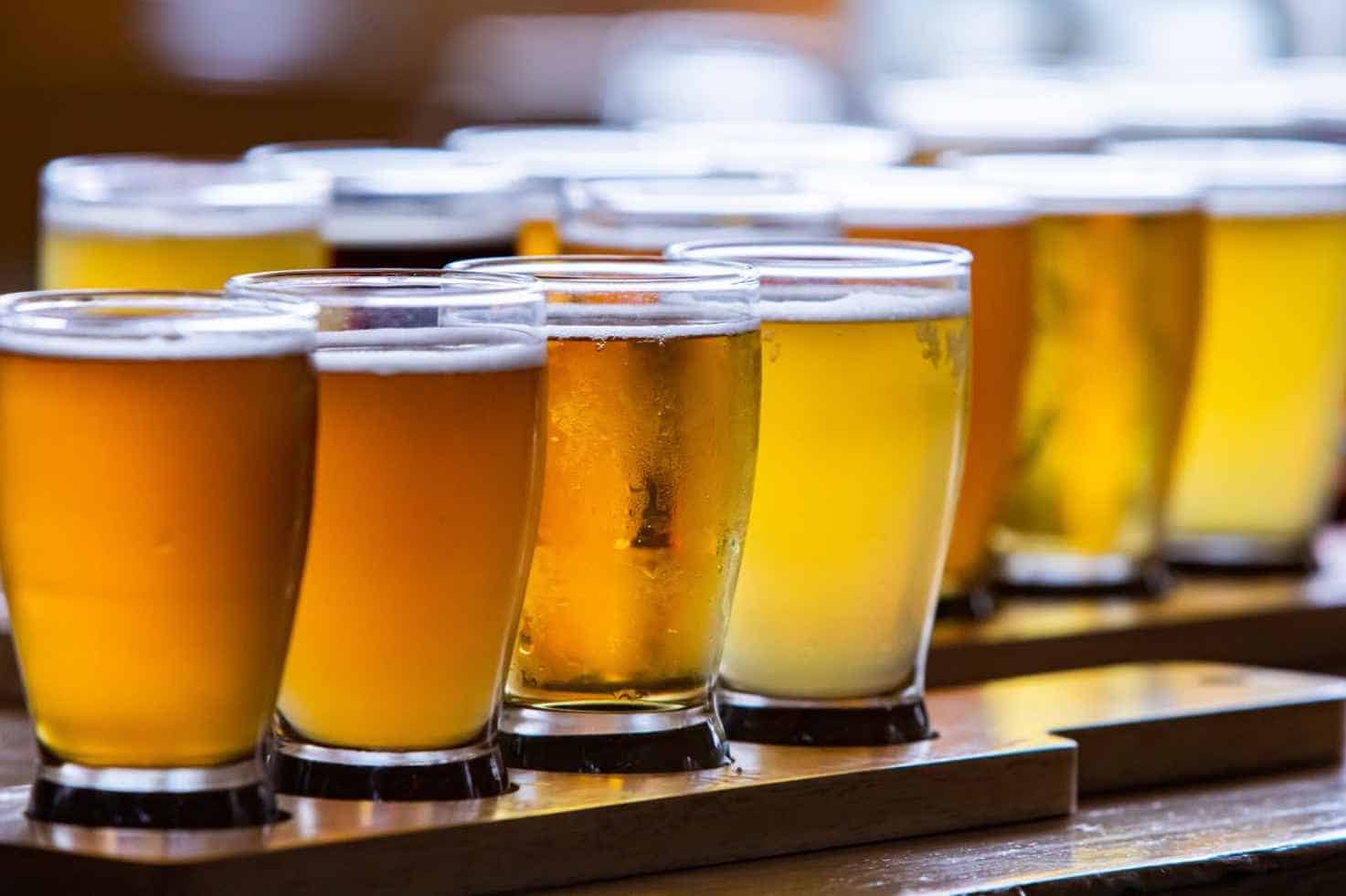 While session beer is famous for its lower alcohol content, it’s still depending on a person’s alcohol tolerance at the end of the day.

While others may find a beer light and easy to drink, some would feel overwhelmed by the taste. Just because a session of beer is refreshing doesn’t mean one must go all the way.

When trying and drinking session beers for the first time, it’s always best to go slow. Observe and see signs of intoxication.

Most importantly, remember to drink water regularly in between sessions. On top of that, having a quick snack bite to munch while drinking session beers is a fantastic idea. Doing this might even out the alcohol. 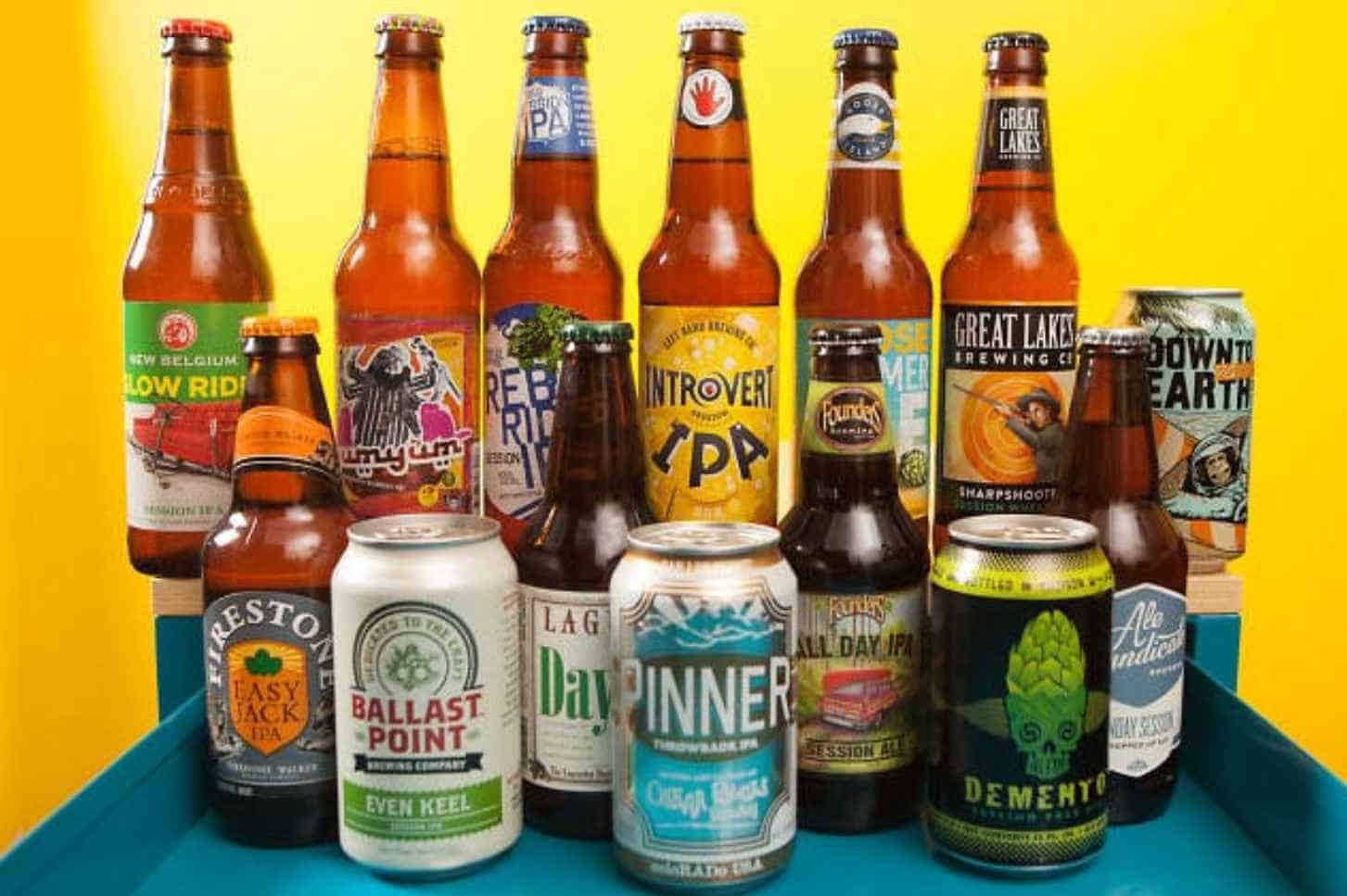 While there’s no precise meaning of a session beer, one thing is sure. Its alcohol content is much lower compared to other beer varieties. For easy reference, we’ve gathered a list of popular types of a session beer. So, there you go.

Kettle Sour made its way to the list of session beers. This line of beers has an intensely sour taste but is still low in alcohol level.

People find them drinkable and light bodied. If you appreciate the charms brought by sour beers but don’t want to get too drunk, kettle sour might be a perfect choice for you.

While they are not commonly referred to as session beers, older beer styles like Gose and Kolsch have a lower alcohol level to meet the requirement. Beer fans hailed German Sessions for its excellent flavor and easy-drinking accessibility.

More often than not, Belgian varieties always fall on beer’s heavier and more intense side. But there are other types, such as Witbier, which would be qualified as a session beer. One can enjoy this beer because of its complex taste and low alcohol level.

Finally, the most widely recognized session beer is the Session IPA. It’s a lower alcohol content version of the famous Indian Pale Ale.

But unlike the regular, session IPA maintains the complex fragrance, citrus undertones, and hoppy punch of taste. However, you can still expect it’s not too high in alcohol or too filling.

Whether you’re up for a drink to savor and enjoy your lunch meal or want to have beers in one sitting, session beers are worth the sip.

It’s well-balanced on the taste buds without having your stomach suffer from its intense flavor. Indeed, you can have all you want at any time of your busy day! So, can you share with us your favorite session beer? We’re dying to know about them!