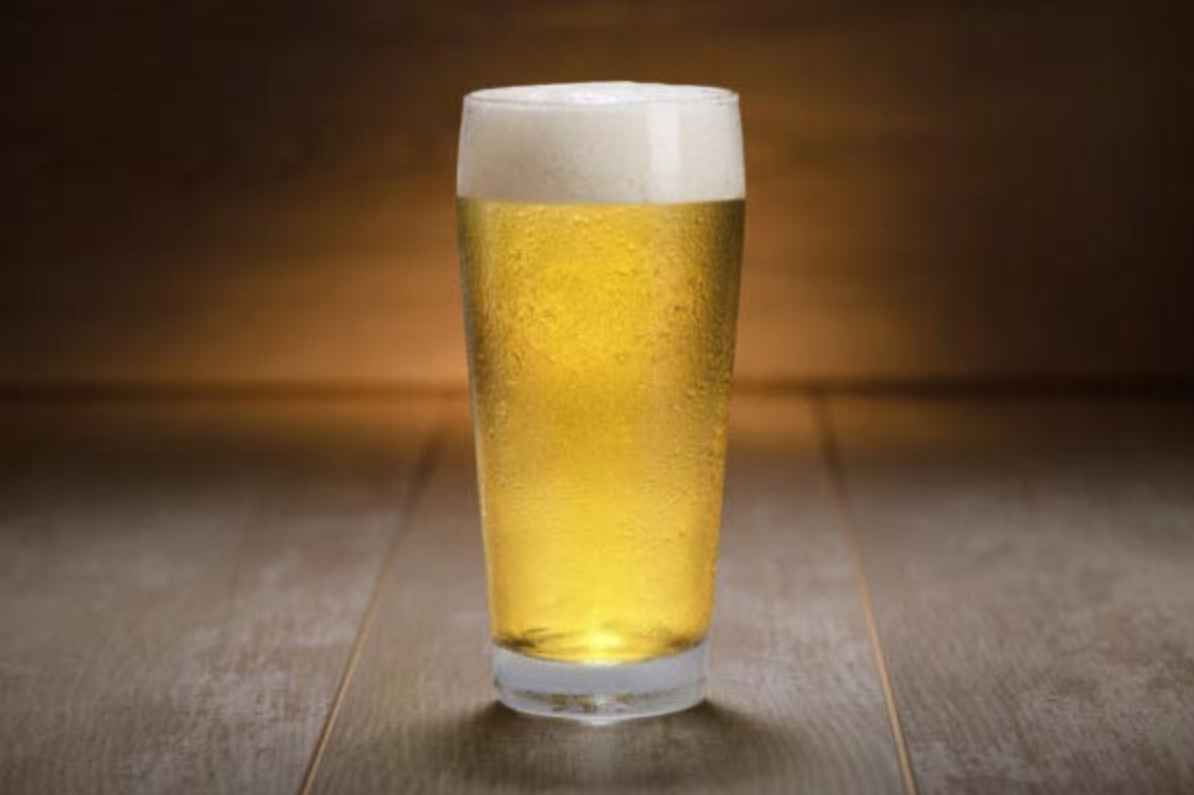 Non-beer drinkers who had their first sip of lager beers might not like it. They might not like the hoppiness or sweetness of the malt residue of the lager beers, or it could be they picked the wrong beer lager. It might not be known, but several lager beers are cloned into low-quality ones and they are widespread in stores.

We do not want to gatekeep the distinct flavor of lager beers. Lager beer has a vast range of styles, and each style has a sheer number of the best options for every occasion. It would be overwhelming for you to try out every lager beer you can find. So, we have curated the popular choices of lager beers.

What is Lager Beer? 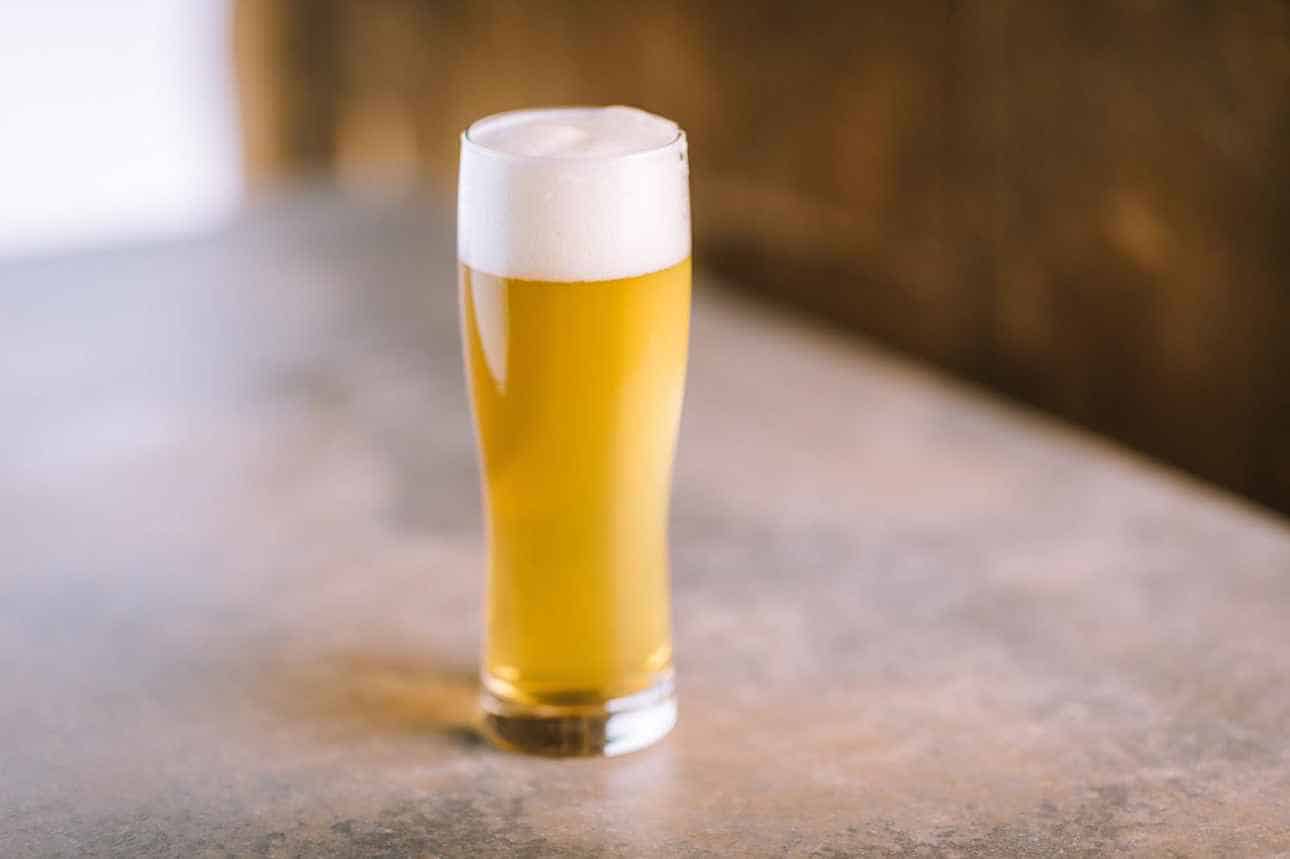 Lager beers are produced from bottom-fermenting yeasts fermented in cold temperatures. The lagers are transferred into a conditioning tank when the primary fermentation is completed, and it is stored to age for 4 to 6 weeks. As a matter of fact, its name “lager” is a German word that means “to store.”

Although the lagering process became known in several regions, the fermentation process demands maintaining the temperature and requires a longer processing period.

Hence, most lagers are from large breweries that have larger capital resources. So, if you are planning to homebrew lager beer, you have to think twice. Do you have a large storage for beer conditioning?

You can feel the smooth, clean, crisp, and lighter mouthfeel of lager beers. Its general tasting profile gives a refreshing, sweet, fruity notes. Besides hops and malts, some brewers love to add ingredients to their lager beer to give it a more distinct aroma and taste. 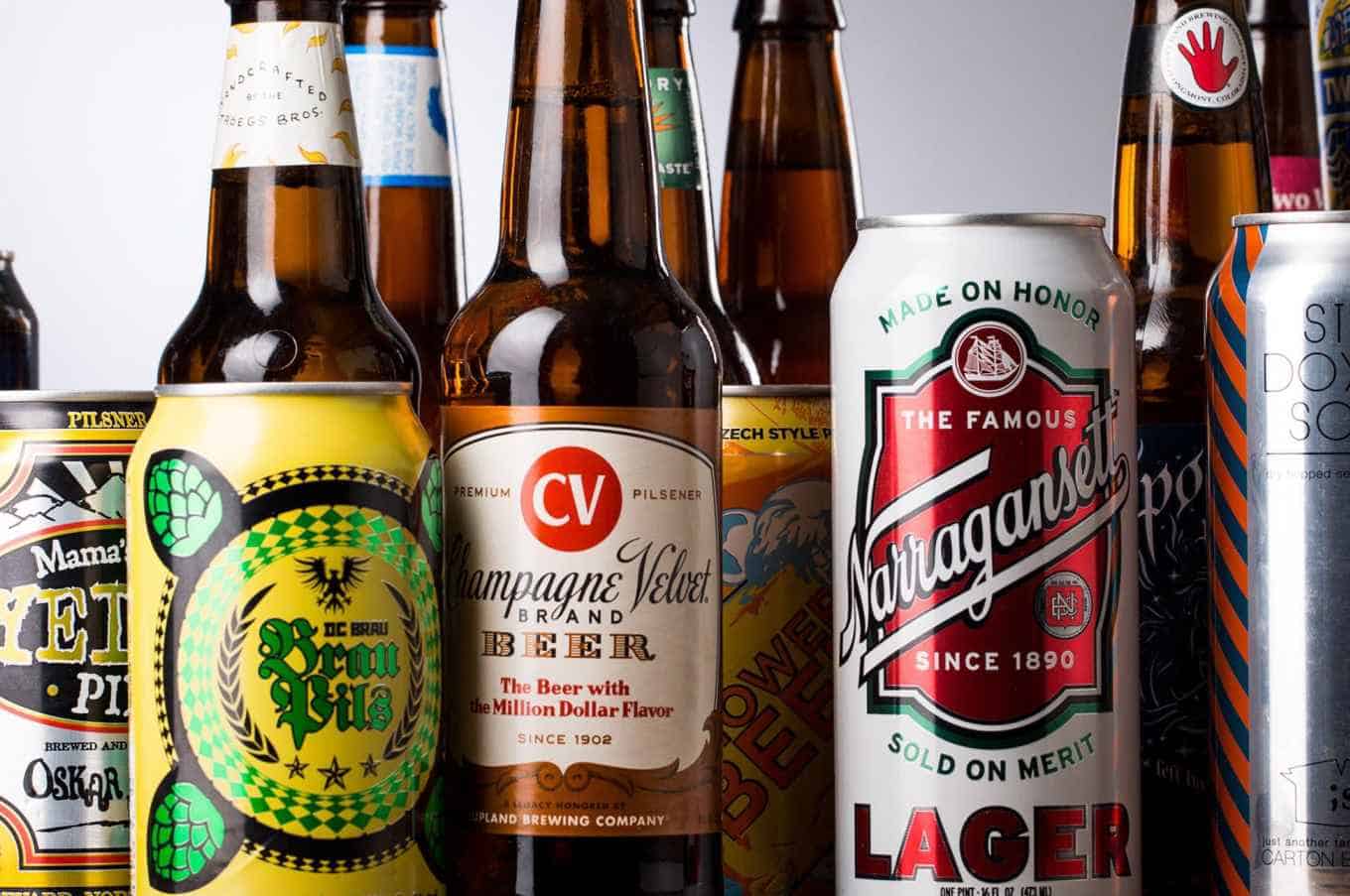 You might wonder why there are several styles of lager beers. Well, this is because lager is a brewing process. We want to make it easier for you. So, we curated the popular types of lager beers, so it becomes easier to choose your type of lager beer later on.

American lagers are light colored, light-bodied, and excessively carbonated. It does not have any residual malt sweetness; other sugar adjuncts are used in American lager, such as rice and corn. There is no hop aroma, but mild hop bitterness and flavor is present.

A lager style that originated in Vienna, Austria. Vienna lagers are often amber-red or copper in appearance. The highlight of Vienna lager is the distinct maltiness that makes it perfect to pair with sweet foods. 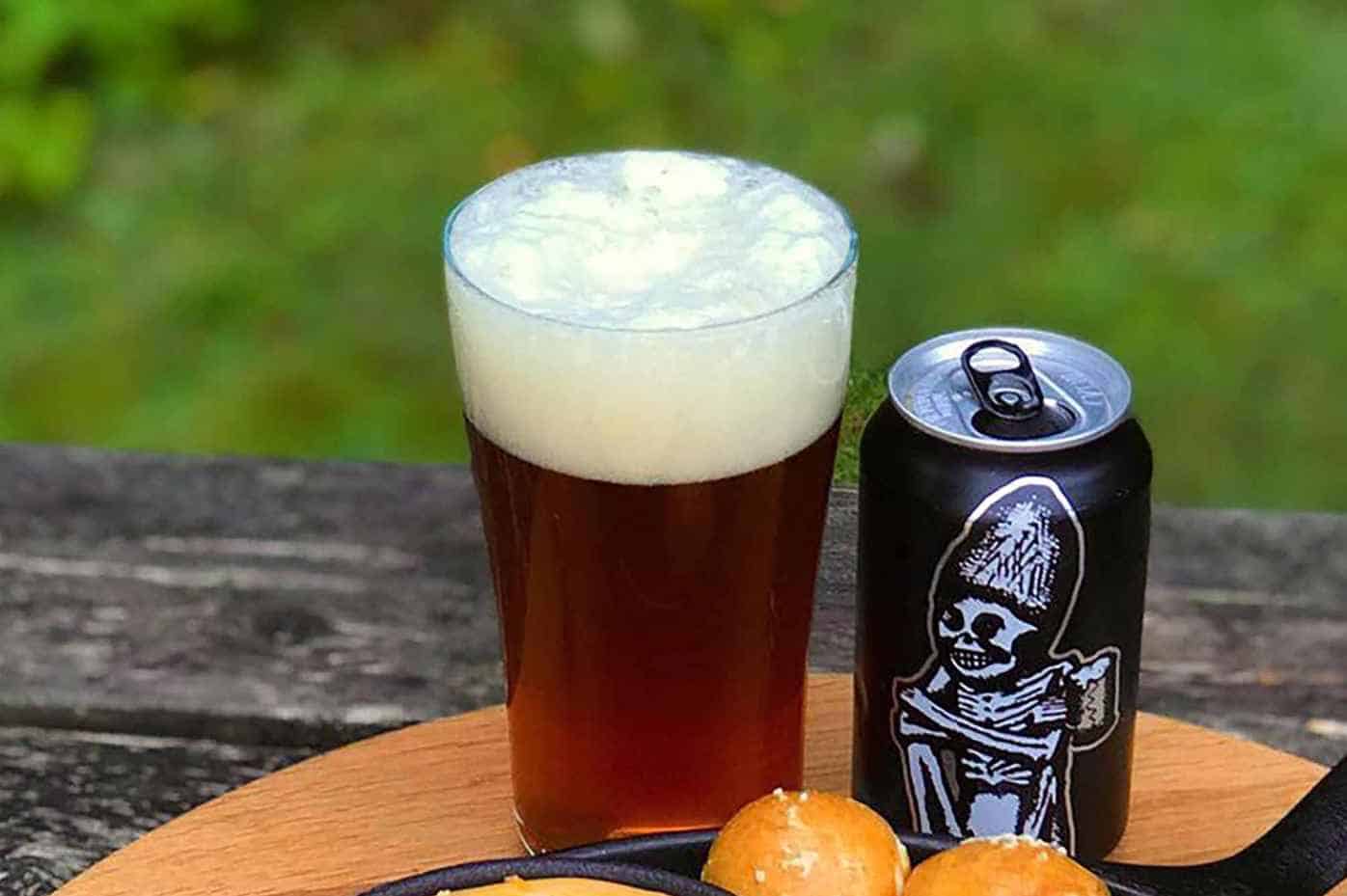 Bocks are dark brown in appearance. It has a distinct malty character and moderate to no distinct hop characteristic.

Bocks have a medium-range alcohol content of 5.5 to 7.5%. There are several sub-styles in bock, doppelbock and Helles bock are a few. The most flavorful and strongest bock is Eisbock, it has an average ABV of 9 to 13%.

Doppelbock has twice the characteristic of a bock; its name literally translates to double bock. You can see from its appearance that it is darker than bock lager beer. Doppelbock has a strong malt-forward flavor, a bit sweet and chocolatey.

You might think all bock lagers have dark appearances, but Helles bock comes along. Helles translates to light colored; it is a bock lager that is light in color with malty notes in aroma and flavor. Helles bock has a light hop profile with low bitterness and alcohol levels.

Among the lager styles, Pilsner is the most popular one. Germany pilsner has a straw to pale appearance, medium-bodied with a smooth, clean, and spicy hops taste. Meanwhile, the pilsners made in the Czech Republic have a golden color, full-bodied with a malty sweetness of malted barley.

With several breweries around the world, it is difficult to narrow down the lager beers. We want you to skip the overwhelming wade through the diverse family of lager beers. So, here are the 10 popular choices for lager beers to drink right now. 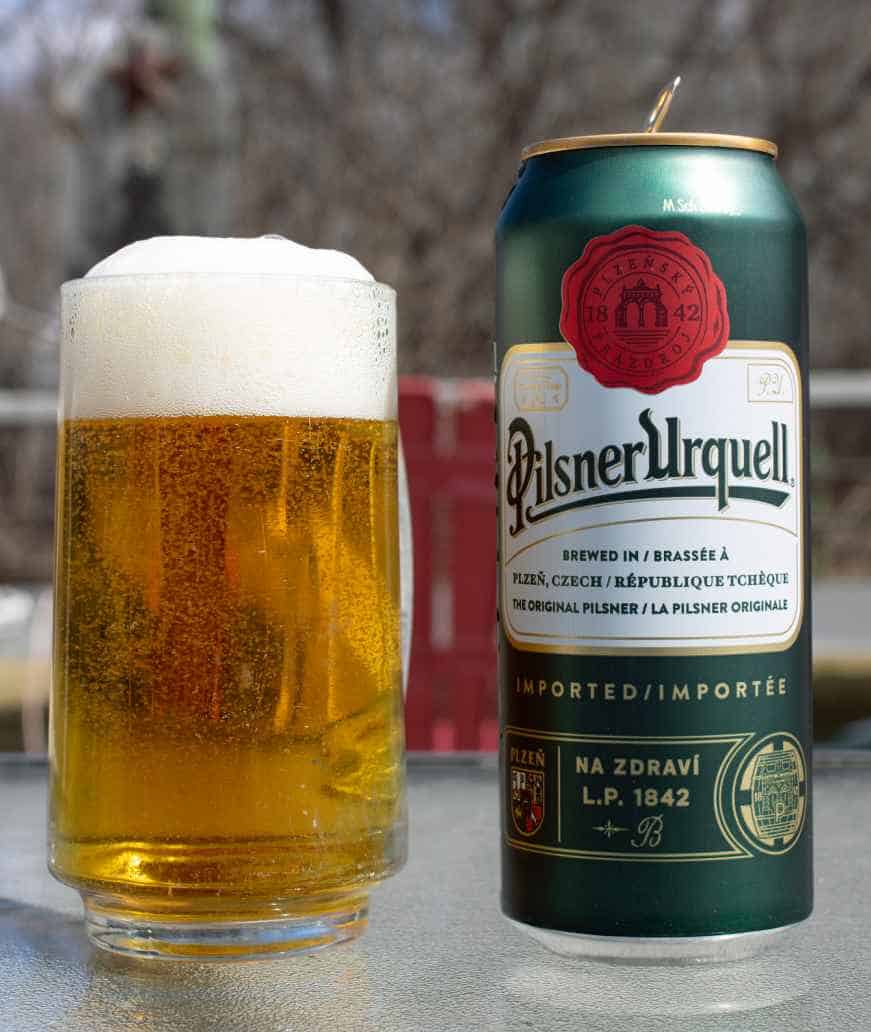 If you are a beer aficionado, you know quite well that Pilsner Urquell of the Czech Republic is an influential beer. Until today, Pilsner Urquell is still the best pilsner style. It has unique tasting notes of spicy, herbal, and bitter notes.

It also has low ABV content of 4.4%. Besides its native spicy and herbal hops, the soft water texture of Pilsner Urquell sets the standard. Brewers have a hard time cloning this influential lager beer. 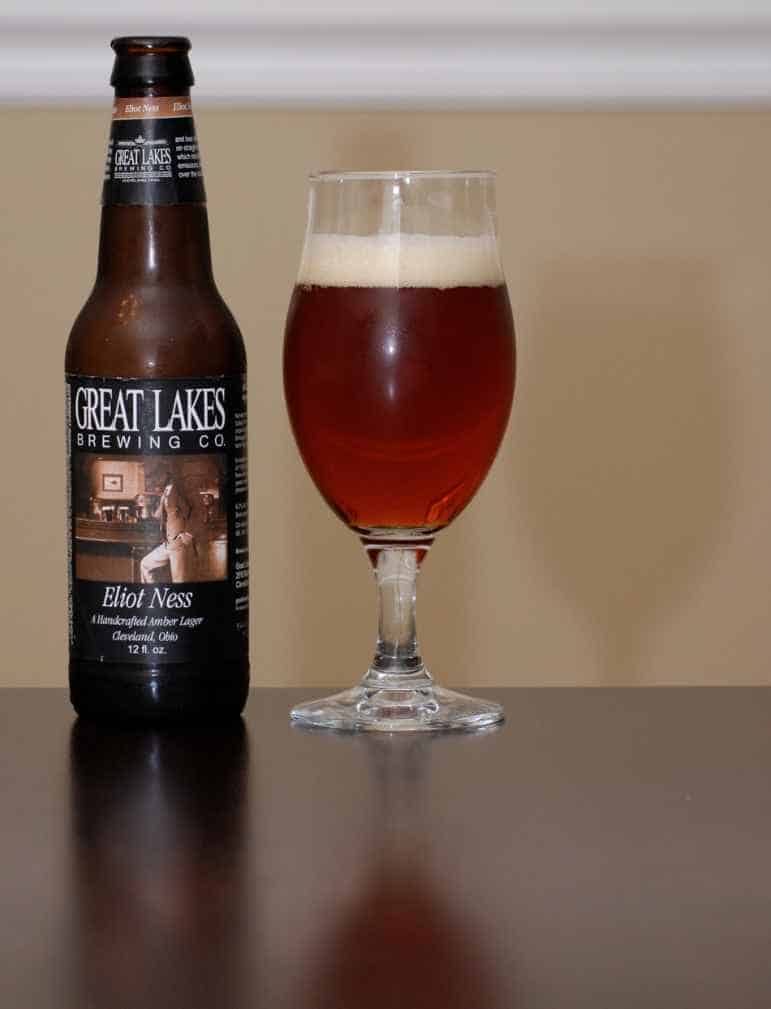 A crowd-pleaser, that is what they call the Great Lakes Eliot Ness. It has a malty sweetness with aroma notes of caramel and hops.

The smoothness and lightness of this Vienna lager make you want to chug the beer quickly, but you need to drink it moderately as it has a 6.1% ABV. You might want to try pairing it with pizza or sausage, and you will become amazed by the balance of its tasting notes. 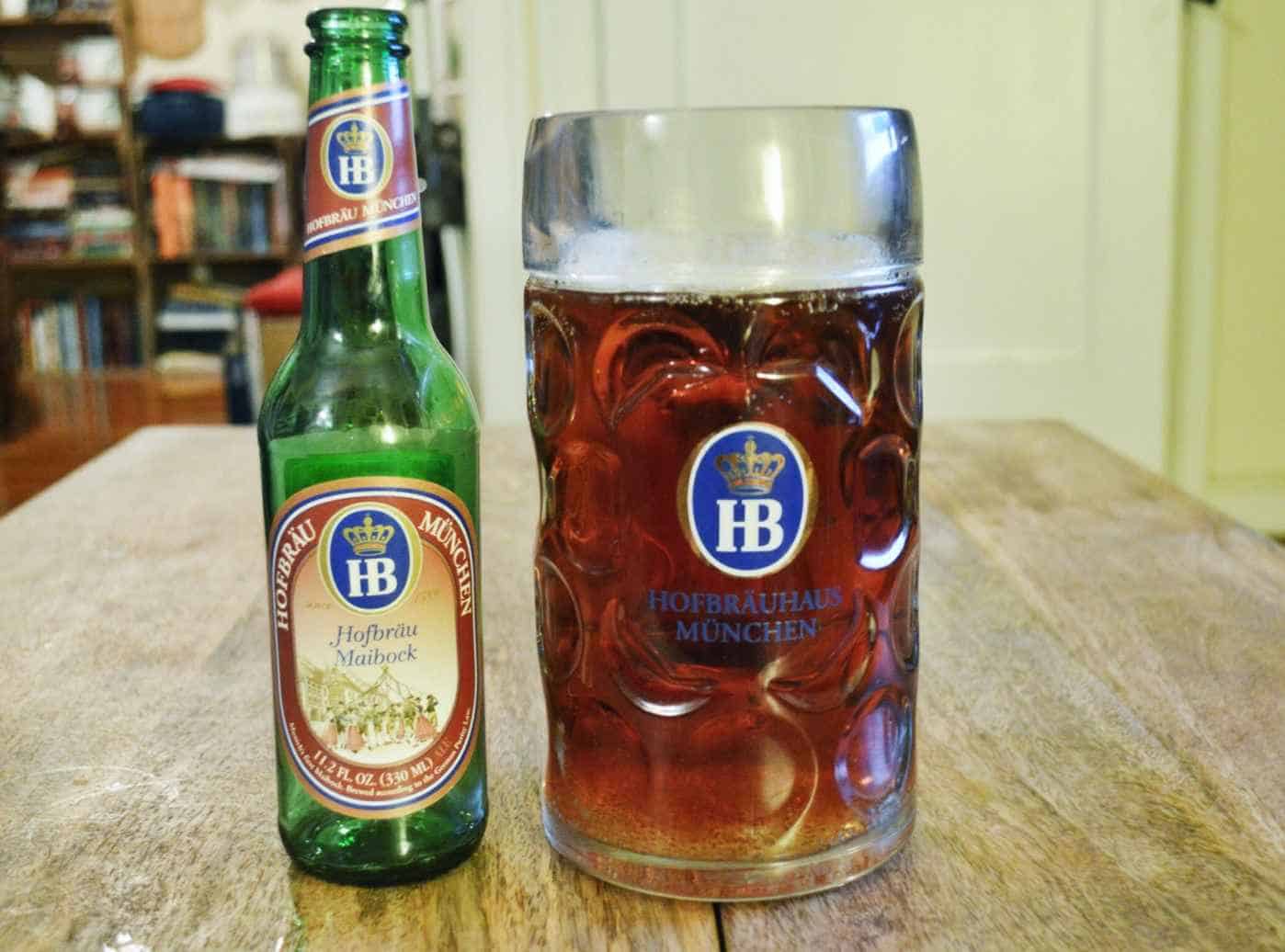 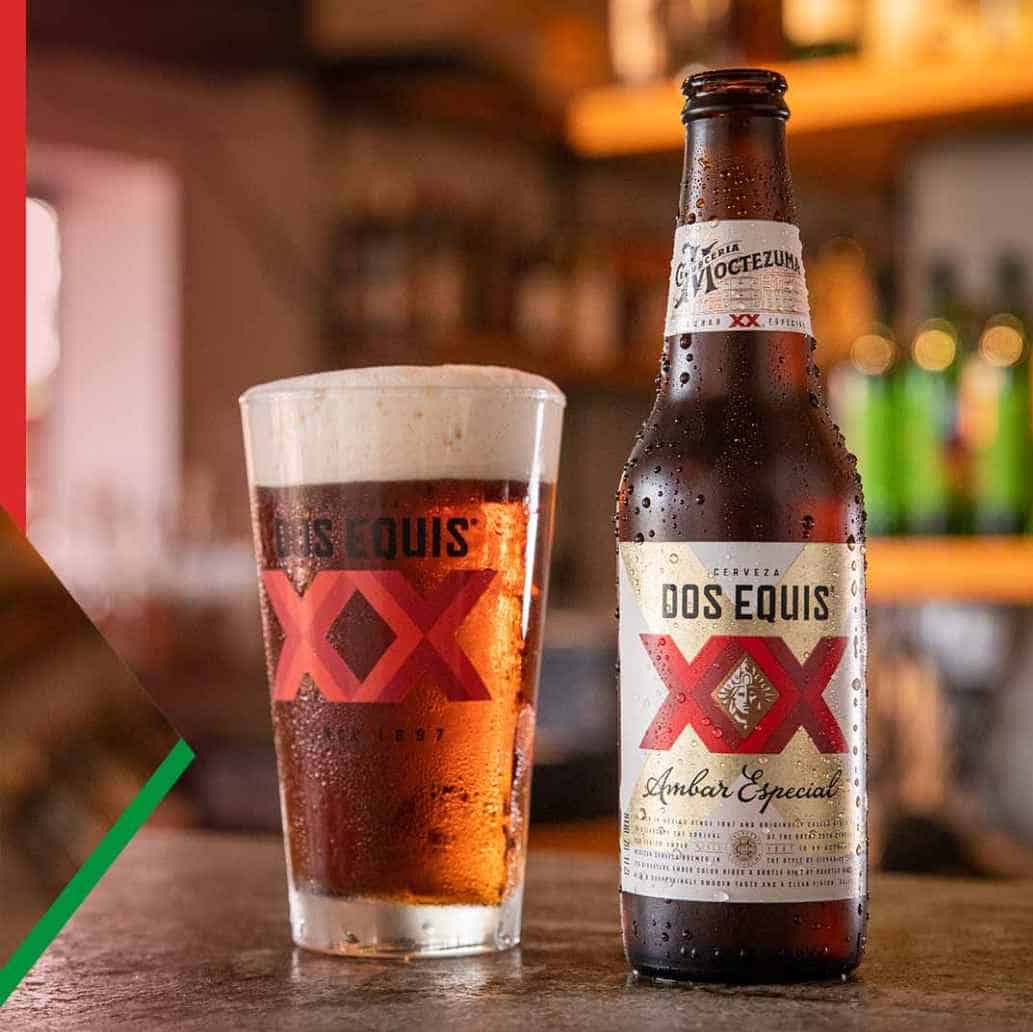 Another Vienna lager on the list that you should try. Dos Equis Amber is a medium-bided beer with a reddish-amber appearance.

You can smell the hints of malt, bread, and spice once you open the bottle. Meanwhile, its tasting notes are a mixture of caramel, it also has a subtle bitterness in your palate.

Dos Equis Amber has an alcohol content of 4.7% ABV. Many people enjoy the smooth, easy-drinking nature of Dos Equis Amber Lager. It is a popular choice for casual gatherings and is often served with Mexican food. While some serve Dos Equis at their barbecue party. 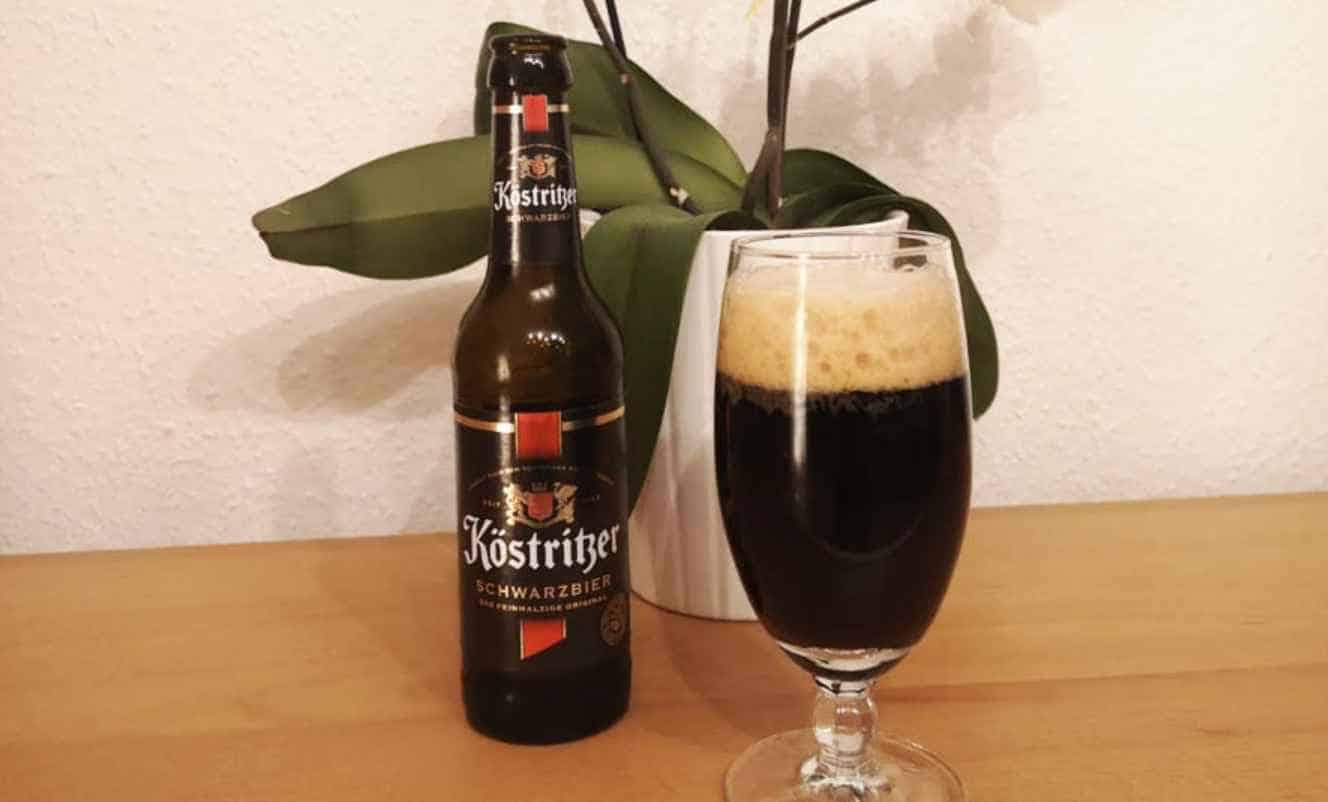 Black lagers are often called as German Schwarzbier. This is a perfect choice if you want to try a black lager. You can expect a smooth and creamy texture with mild carbonation.

Köstritzer Schwarzbier has an alcohol content of 4.5% ABV with a rich and full, malty flavor and hints of chocolate and coffee. This black lager beer is best to pair for bold flavor and savory dishes. 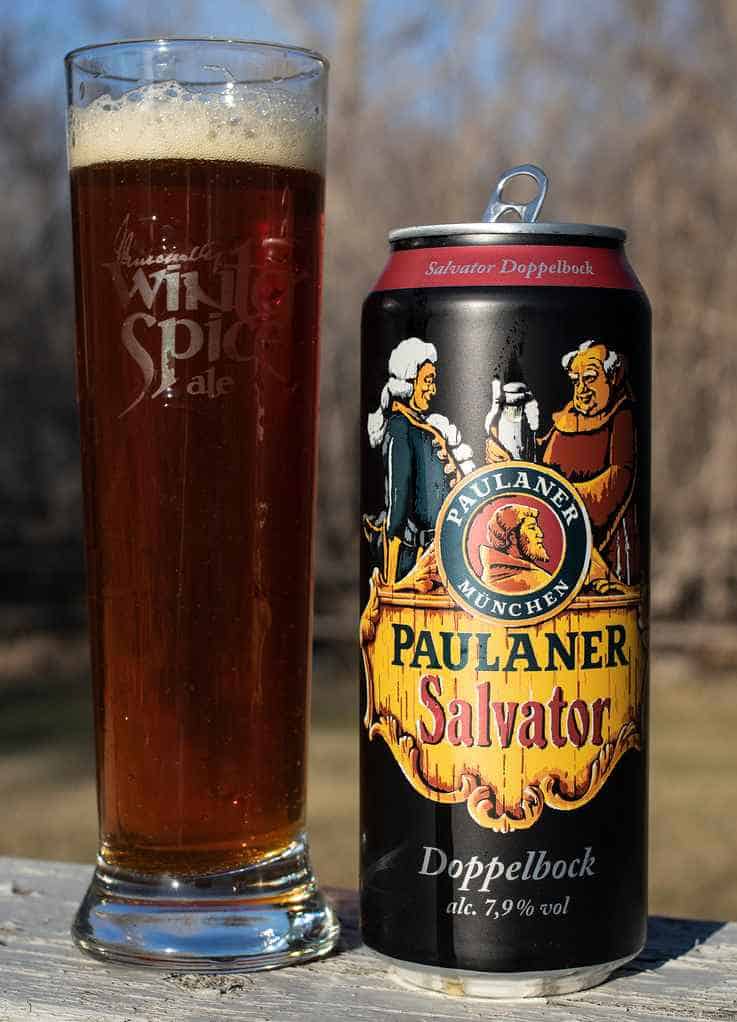 You might notice the beer logo; why is there a monk? Salvator Doppelbock was originally brewed by Paulaner monks. The beer is made from Pilsner and Munich malt. Since then, the brewery has adhered to its original recipe.

The signature hints of Salvator Doppelbock are chocolate with malt, bread, caramel, and coffee. It has an alcohol content of 7.9% ABV and shows off light hops and a complex, full-bodied mouthfeel.  You should serve Salvator Doppelbock below room temperature, but not chilled, about 48-degree Fahrenheit. 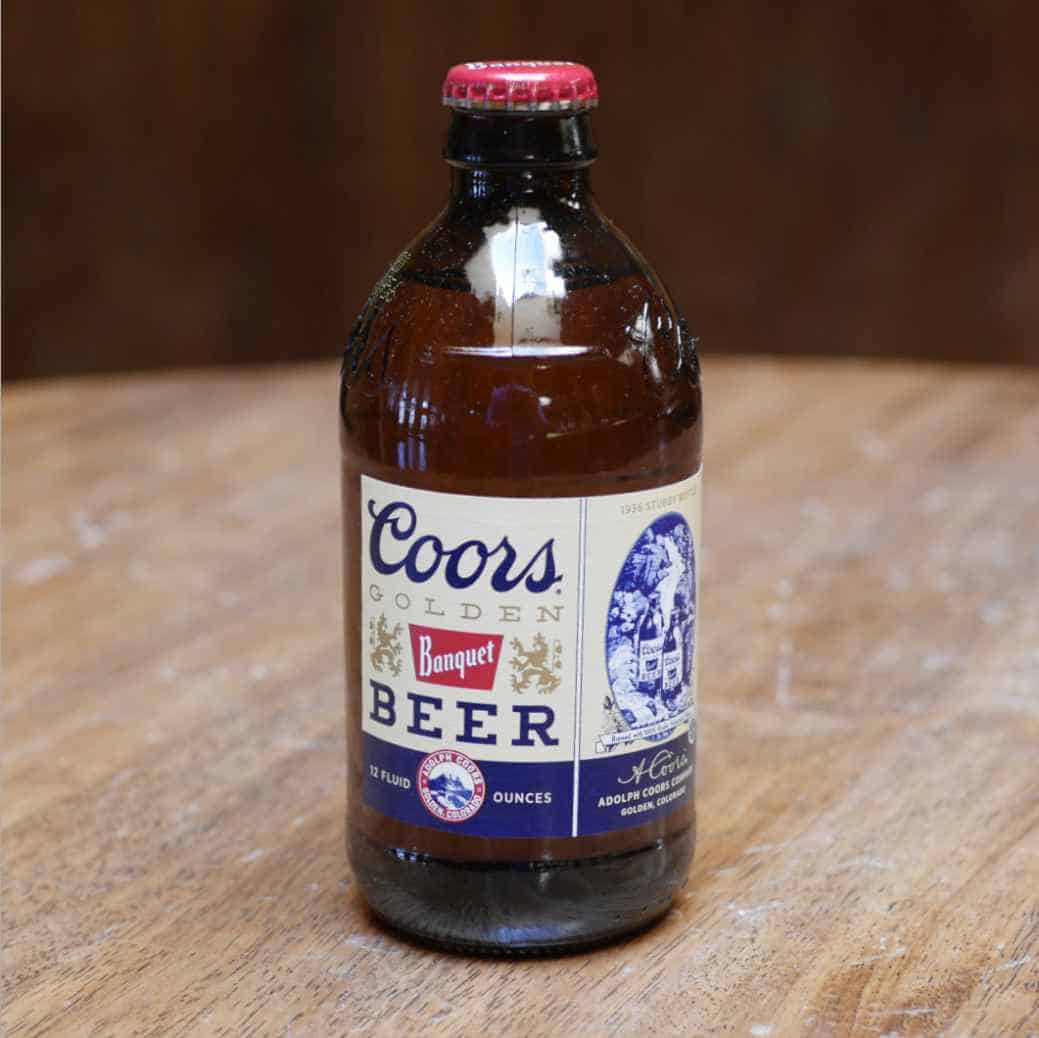 Besides its alcohol content, their key difference is the sweet taste of the Banquet to its unique tasting notes is its expressive yeast that has been cold fermented for up to 30 days. You can taste bread, biscuit, and banana in Coors Banquet. 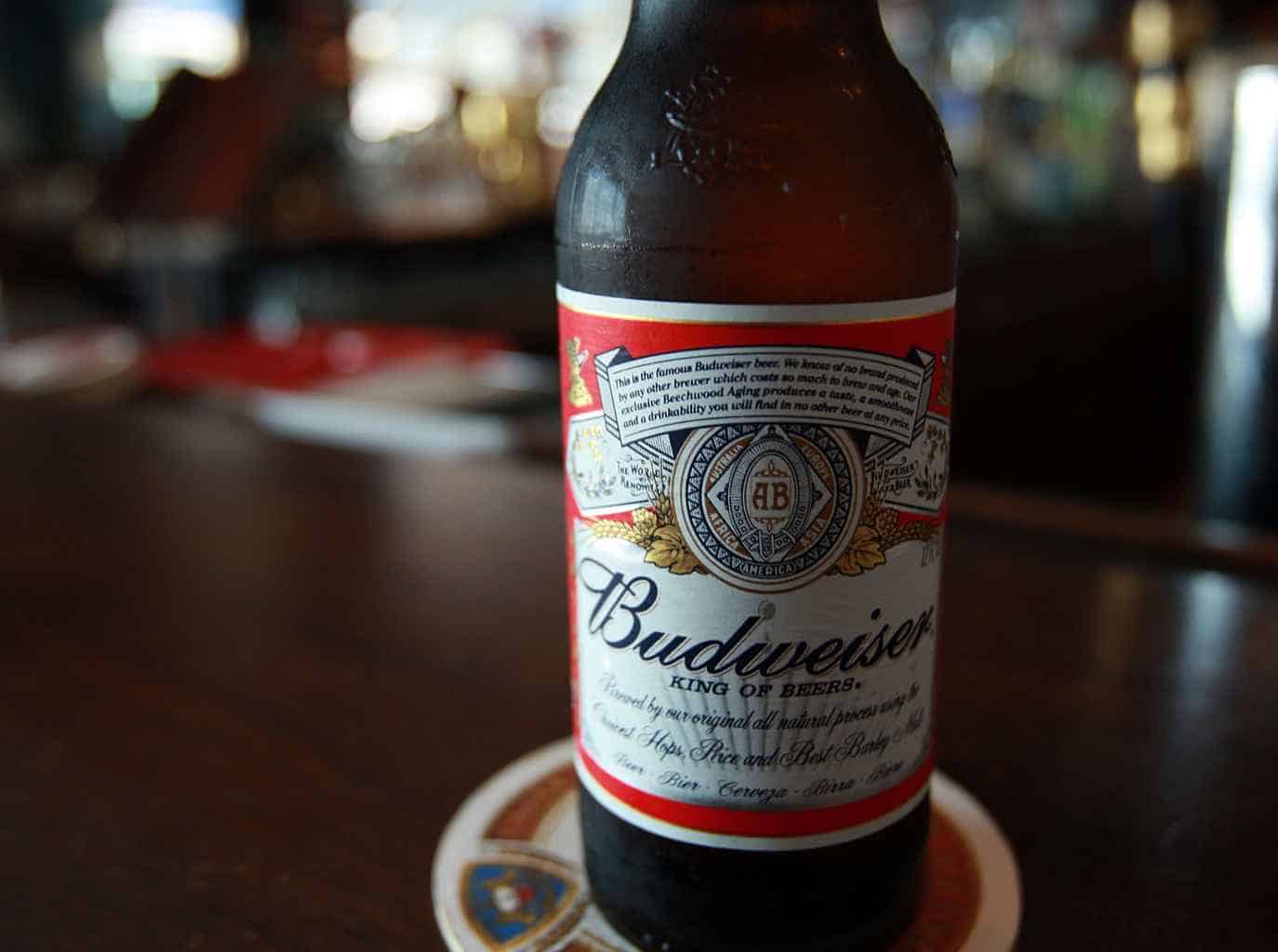 Budweiser is a mass-market lager beer, which means it is the go-to drink of the general market. There’s no doubt that it is one of the best-selling brews in the United States.

Budweiser carefully selects and uses barley from Montano and Idaho to ensure their beers have the best quality. It has a typical malty-sweet flavor and balanced hops aroma and bitterness.

A secret ingredient to the crisp, clean, and unique characteristic of Budweiser is rice. Rice does not add flavor; it gives the brew a lighter color and clean, dry aroma.

Narranganset Lager is the classic lager beer in the United States and was formerly the official beer of the Boston Red Sox.

Besides the regular ingredients of water, hops, and yeast, the brewer uses Iowa corn instead of malt.  This lager beer goes best with grilled pork, chicken, and spicy Mexican and Southeast Asian dishes. 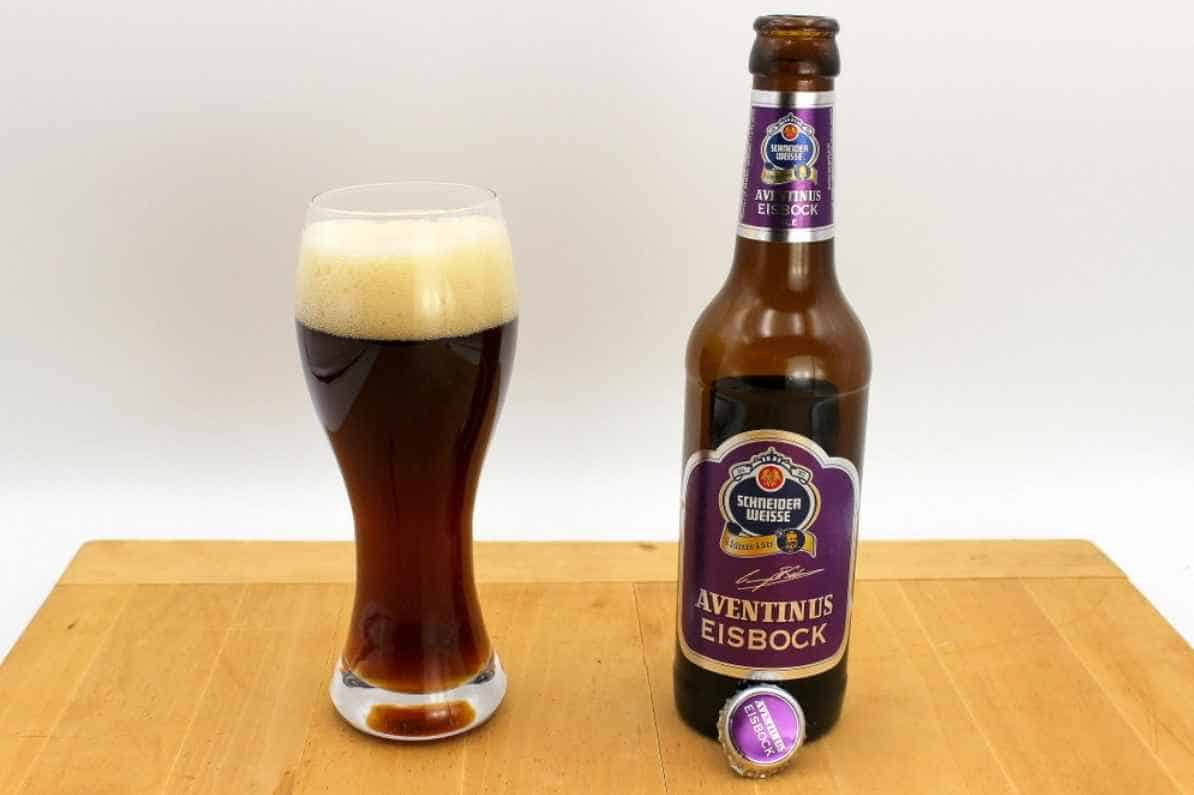 If you want a strong lager with notes of spice and raisin, this is the best choice. This beer undergoes a freezing process to create a mahogany-hued beer; when it reaches room temperature, it becomes better to slow sip.

Lager beers does not have a strong and overwhelming flavor, which makes them a better pair with almost all kinds of food. Its light tone can pick up complex flavor when matched with spicy food. The spiciness gives a refreshing taste.

If you are not a fan of spicy foods, pair your beer lager with salty and greasy foods such as peanuts and pizza. Lager beer is versatile, and you can have something you crave.

A tip on having the best food pairing is to pick a quality lager beer to enjoy with your favorite beer. Not to mention, lager can be used as an ingredient to enhance some recipes. Its carbonation ensures the batter becomes crunchy and crispy.

How to Serve Lager Beers

Generally, lager beers are recommended to serve cold, but there is an exception among its styles. Bocks are best served close to room temperature and poured into a goblet. Meanwhile, dark lagers are best served in a pint glass, while Helles and amber lagers are into steins.

You have to remember that the type of glass you pour the lager beer into matters. The shape and size of the glass allow the aromas, flavor, color, and carbonation of the beer to show off, giving you the best drinking experience.

But even when they are served in different glass types, you must pour all lagers slowly into the glass at a 45-degree angle to create a foam head.

You probably have several questions about lager beers. Let’s answer the most frequently asked ones.

What is the Difference between Lager and Ale beers?

How is Lager beer made?

From its name, lager beers are produced through the process of “lagering,” which involves fermenting the beer at a cool temperature for an extended time.

The beer is stored at cool temperatures for weeks or months after the initial fermentation. Malted barley, hops, water, and bottom-fermenting yeast are used for a lager beer. Time is essential in fermentation; as it continues, different beer flavors develop.

Can Lager beer be flavored?

Yes, as mentioned, the fermentation time contributes to the flavors the lager beer has. Besides that, lager beer can have its flavor from a variety of ingredients, such as spices, herbs, and fruit.

The growing popularity of lagers does not stop you from these popular lager beers. Besides the commercial lagers that we know and expect to be at the grocery stores, plenty of local breweries produce craft lagers of their version. What are you waiting for? Grab the lager beer you want to try and have the best night.