Non-alcoholic beers have been gaining popularity nowadays. It’s perfect for people who want to limit or avoid alcohol. It usually resembles the taste of regular beer.

Yet, there are some differences in the manufacturing techniques. This article reveals how non-alcoholic beer is made. It also offers helpful tips for home brewers.

What are the Ingredients Needed to Make Non-Alcoholic Beer?

Non-alcoholic beers (NAB) have the same ingredients as alcoholic beers. They’re generally made of water, hops, yeast, and grains.

The following are the materials needed to make a bottle of non-alcoholic beer. 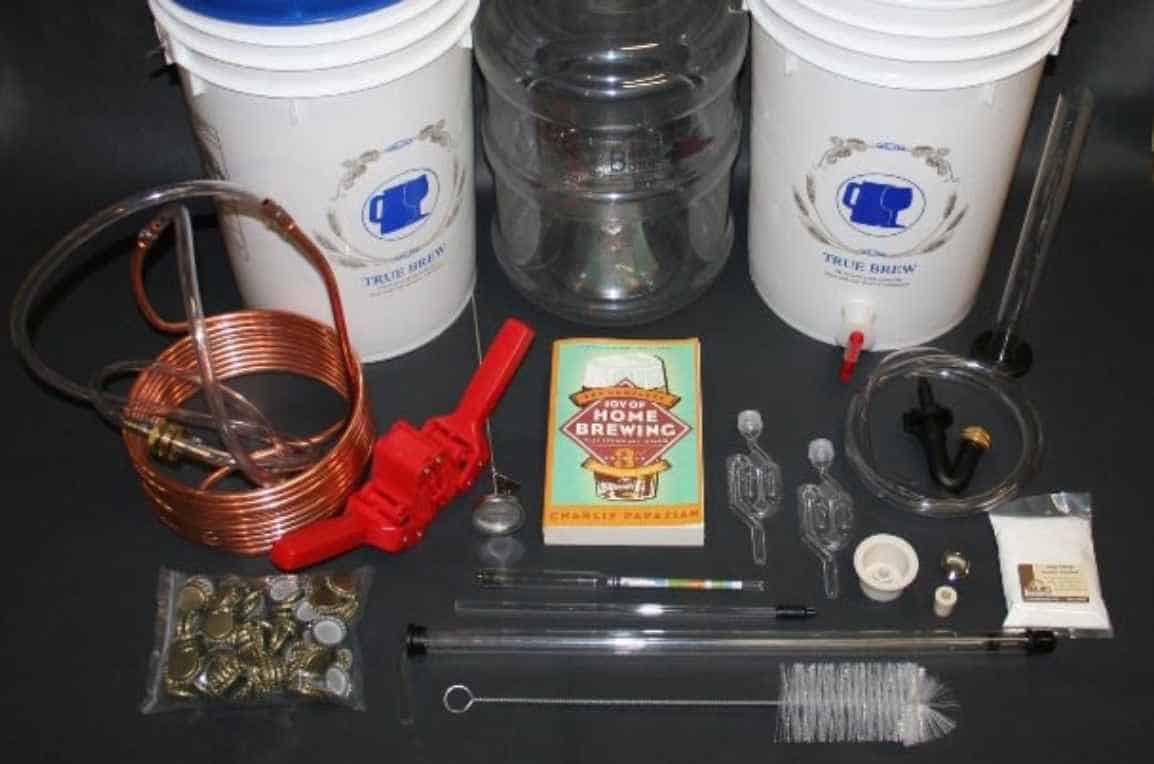 Prepare the following equipment if you’re planning to brew at home.

You may also buy a home-brewing kit that includes everything you need to make beer at home. It can be an excellent investment if you pursue brewing beer as a hobby or business.

There are around 200 yeast strains available in the market. Each comes with a different aroma, flavor profile, and fermentation action. Some strains can only ferment certain sugars. So, ask the supplier which yeast strains are best for the grains.

Fortunately, yeast manufacturers have created strains specifically for non-alcoholic beers. It takes away the guesswork in the production. These strains were meant to make NABs taste better. 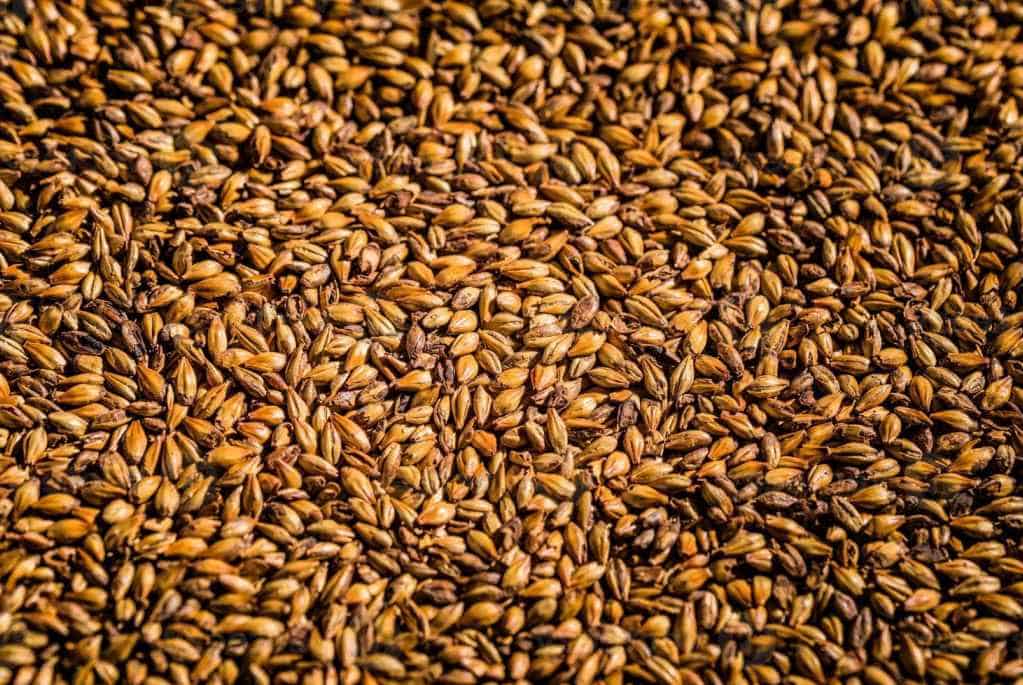 It’s best to select the proper malt that will complement your grain of choice. The correct pairing will lead to a beer that’s full of flavor. It also ensures you’ll get the color you want. The grain type will also depend on the brewing that you will use.

Suppose you chose a light-flavored base malt exuding a strong flavor, like Pale Ale or Pilsner. Then, mix them with specialty grains such as dextrin malts or wheat. Brewers recommend adding corn syrup, oats, or barley. The perfect ratio can result in a richer flavor and excellent mouthfeel.

The production process of non-alcoholic beers increases the perceived bitterness of the beverage. Since hops are used to add bitter tones, adding them to NABs can be pretty tricky. Brewers need to be mindful of the bitterness units (BU) to ensure a balance and smooth-tasting beer.

One recommended approach is dry hopping. This method can help improve the beer’s body and flavor. Brewers need to watch out for hop creep or wort overfermentation. It can lead to having a beer with higher alcohol content. Thus, defeating the purpose of creating a non-alcoholic beer.

This video will walk you through how non-alcoholic beer has become popular.

What are the Techniques Used in Making Non-Alcoholic Beer?

An essential part of making non-alcoholic beer is alcohol removal. Brewers have developed techniques that lower or eliminate alcohol. The following techniques

The fermentation process during brewing produces alcohol. Some NAB makers use low-sugar grains to reduce the wort’s fermentable sugars. There will be lower alcohol production when you add less sugar. Some brewers use ingredients with less extractable sugar, like corn or rice.

Another way to control fermentation is to manipulate the entire process. Brewers adjust the fermentation environment’s pressure, temperature, and acidity. This technique inhibits the yeast’s reaction to the starch. It also stops the beer from fermenting further.

A beer’s alcohol content, fizz, and flavor result from fermentation. In the case of NABs, brewers opt to forego the action altogether. The alternative is adding enzymes and other ingredients to simulate fermentation. Most of the time, this method produces beer that tastes like the original.

It is the simplest way to make non-alcoholic beer. Brewers create beer the traditional way. Then, they add water to the concentrated beer to dilute it. Dilute the ABV percentage until it reaches 0.5% ABV. The “watered-down” beer goes through the last steps of carbonation and bottling.

This process involves the active removal of alcohol from the beer mixture. One of the methods commonly used by commercial brewers is reverse osmosis.

The beer concentrate goes through a membrane after high-pressure application. The smaller alcohol and water molecules go up a narrow tube. It enables the calorie-containing molecules to stay behind.

This process yields a high-concentrated beer on one vessel. Then, water and alcohol on another. The high-pressure mechanism separates and distills the two liquids. Then, it goes directly to the beer.

Another method to get rid of alcohol is through distillation. Brewers boil the beer concentrate leading to steam distillation. The alcohol evaporates faster than water since its boiling point is lower.

What are the Steps in Making Non-Alcoholic Beer? 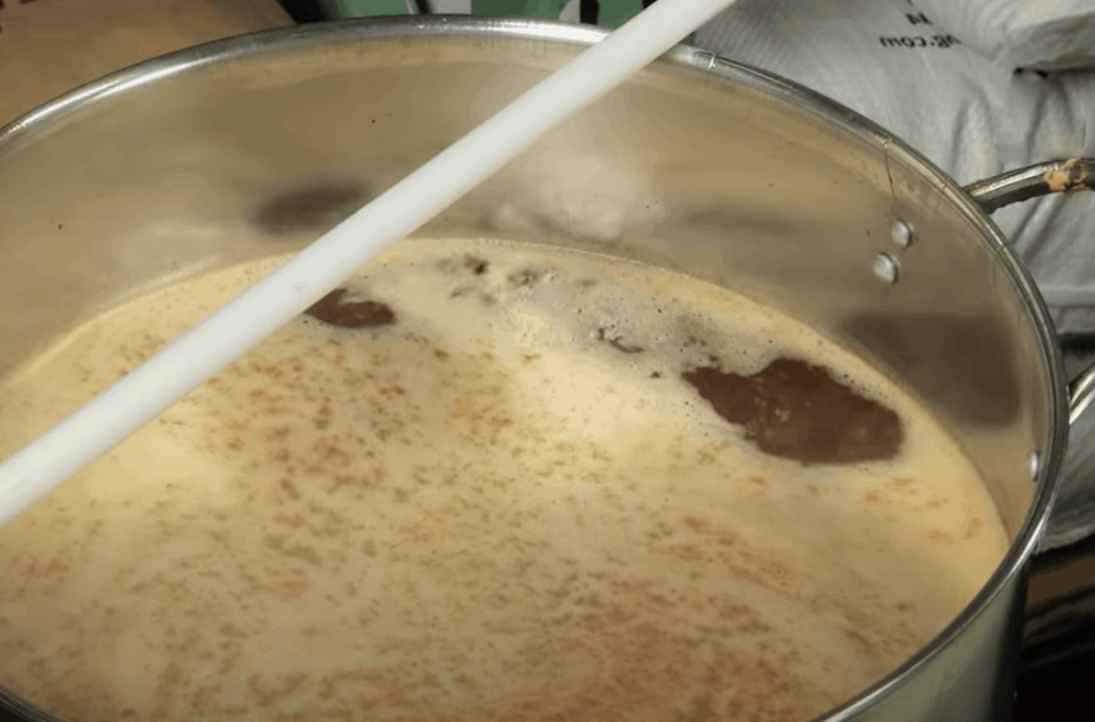 This process allows the starches to be soft. It also prepares the sugar for conversion. First, soak the barley in a container of water. Then,  please leave it to germinate or sprout. Lastly, dry it inside a kiln.

Milling the grains allows the enzymes and yeast to work on a more extensive surface area. This step entails grounding the dried-up grains and mixing the powder with water.

The goal of this step is to convert the leftover starch to sugar. First, pulverize the finely ground grains further, then dissolve them in water.

Heat the concentrate and allow it to reach 167 F. Next,  filter the resulting mash to produce wort.

Boil the wort for two hours. The boiling process removes the excess water from the wort.

Filter the wort to remove any solid materials from the mixture. It is crucial to cool the wort immediately to allow the yeast to survive during fermentation.

Saturate the cooled-down wort with the right amount of oxygen. Then, place it inside a fermenting tank. The yeast will work on the mixture for around ten days.

Transfer the beer into a conditioning tank to aid the aging process. This stage gets rid of unpleasant flavors, colors, and aromas.

It is the stage where brewers remove the alcohol. Brewers choose any of the mentioned techniques in this article. The choice of method depends on the brewer’s expertise, equipment, and desired result.

The beer goes through filtration and carbonation at this point. Then, when the beer is all set, you pack the liquid in bottles and seal them.

Do you want to make a good non-alcoholic beer? Check out this video!

What Do You Need to Consider When Making Non-Alcoholic Beer?

Making non-alcoholic beer for yourself or as a business can be a rewarding experience. It allows people to enjoy beer without worrying about alcohol effects.

The brewing process is similar to making regular beer. However, there are still vital things to consider to ensure brewing success.

What is the difference between non-alcoholic and alcoholic beers?

The main difference between these two beers is their alcohol content. Alcoholic beer has a significant amount of alcohol. On the other hand, non-alcoholic beers have negligible amounts. In the US, a beer with 0.05% ABV is already considered non-alcoholic. However, some beer brands claim their beers have zero percent alcohol.

Here is a table showing what alcohol label means.

What are the best types of non-alcoholic beer to brew?

Most brewers will tell you that you can make any beer style into a non-alcoholic version. The key is to adjust the brewing process and grain choice.

You can brew a rich and delicious stout with chocolate undertones. Another option is to make a refreshing lager. Seasoned brewers even create their styles.

Some styles may taste better without alcohol than others. Usually, those with more adjuncts and grains will have a better mouthfeel and flavor.

Making non-alcoholic beer may be as straightforward as brewing an alcoholic one. However, the challenge is to make it less bitter.

During the heating process, when alcohol is released, the mixture turns very bitter. The remedy for it is to lessen the hops added during brewing. You’ll get a pleasant-tasting beer when you cut the amount to at least half.

How to choose the recipes to use in making non-alcoholic beer?

The non-alcoholic versions of some beer styles are better than others. One of the secrets to choosing the best recipe is to choose a type with more dextrins.

It may not lead to additional sweetness, but it makes the beer taste fuller. This complex sugar doesn’t react with yeast during fermentation. It also results in less alcohol.

Beer is an enjoyable and refreshing drink that many people love. However, it can be a problem for people who can’t have alcohol.

Fortunately, innovative minds created non-alcoholic beer. This drink can cater to people trying to cut down on alcohol. It’s interesting to know how alcoholic beer is made to understand it better.