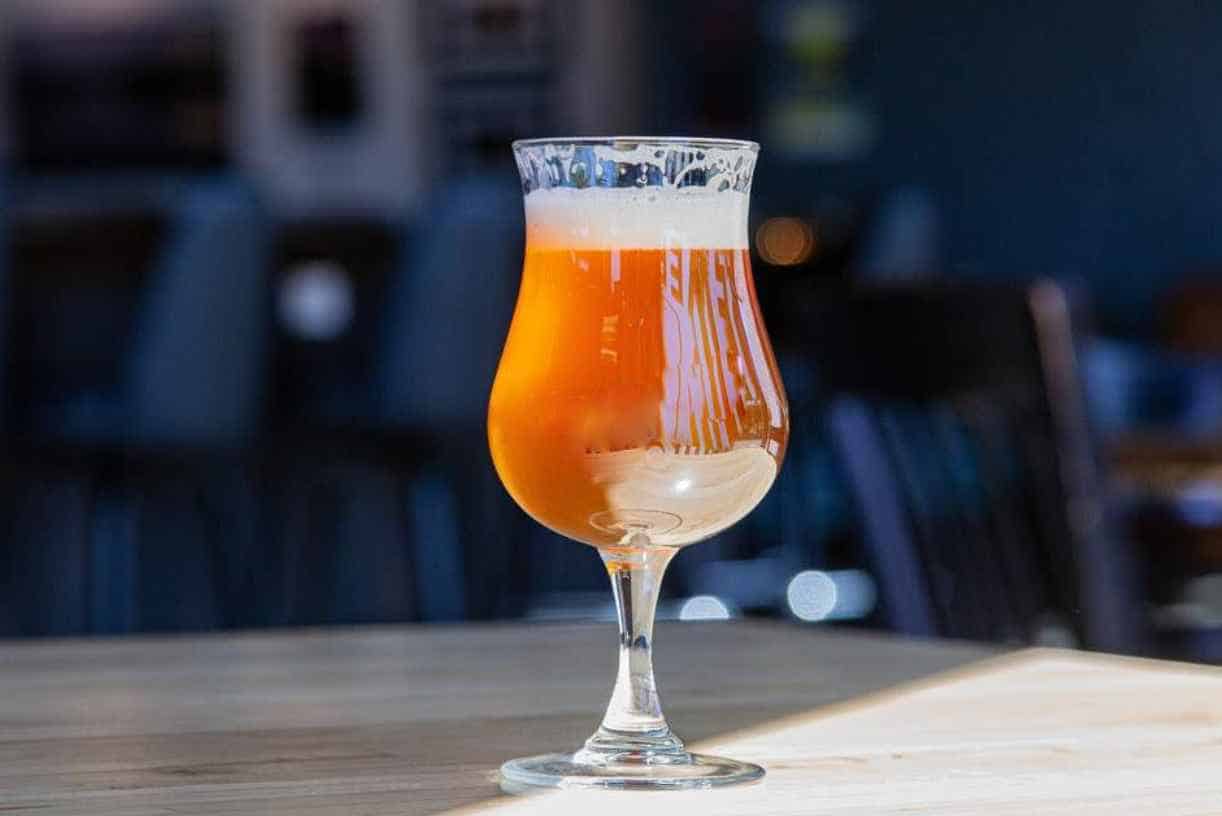 People are debating whether sour beers will be the next trend in crafting a beer. Sour beers used to be so popular years ago but lasted only a short time since different varieties of beer have come to the surface.

Lately, it has become popular again since beer drinkers discovered a different range of flavors in today’s market. Sour beers are one of the best ways to expand your options in beer drinking!

This blog will tell you how to make sour beer, its different types, and a step-by-step guide on brewing sour beer.

What is Sour Beer?

Before we proceed to the brewing process, let us first introduce what sour beer is!

In addition, other beers also have yeast in them to produce beer flavors that are familiar to their taste. 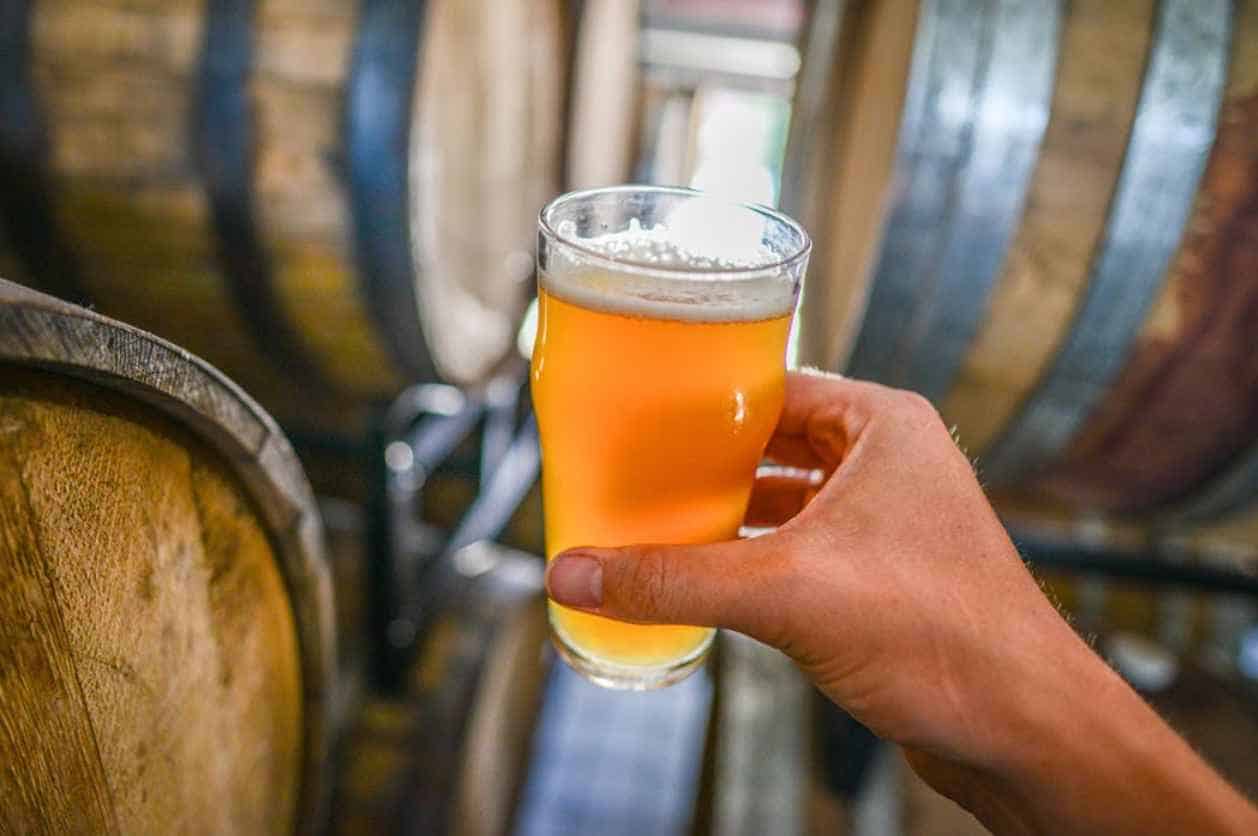 Sour beer started around 4,000 B.C. During this time, the beers had natural bacteria, such as lactobacillus or sour milk, present in the beer. But since the technologies evolved in the mid-nineteenth century, sour beer disappeared virtually, and ales became popular.

In 1970, sour beer became popular again among drinkers all over the globe. The first sour beer was brewed in the 18th century in Belgium and still operating for hundreds of years.

German and Belgian people are one of those people who introduced sour Beer to American people during the 1970s.

Because of the challenges and struggles of brewing sour beers, not all beer breweries are willing to add Sour Beer to their beer menu. Sour beers have various flavors and intensities. The yeast and bacteria do not usually go with brewing beers making the sour beer unique.

We will show you how to brew sour beers from Kettles or Metal. Before starting the brewing process, you must know the specific type of sour beer you want.

How to Brew Sour Beer in Kettle?

Beer breweries mostly prefer brewing their beers in Kettle Sour since Kettles have a lot of control when it comes to bacteria processing. This type of equipment usually is the safer way of brewing sour beers as long as you meet the proper hygiene testing and practices at your place. 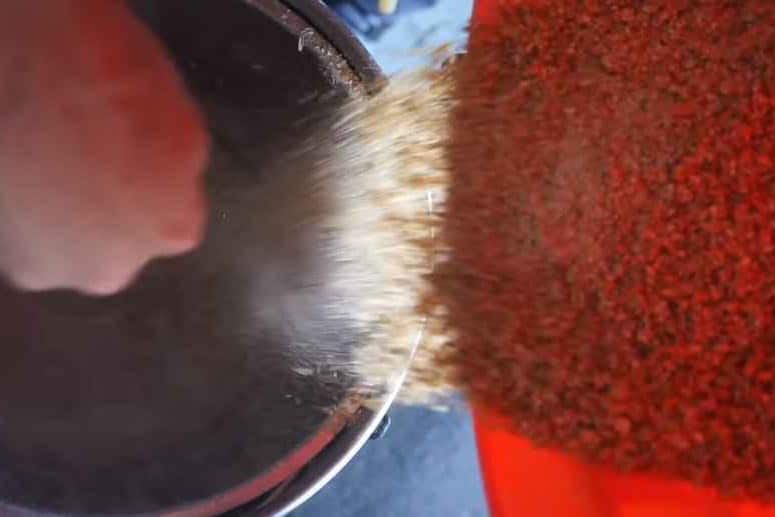 Get your grain, mash it in the barley with the wheat, and run your wort off into the kettle.

Step 2: Bring the temperature up 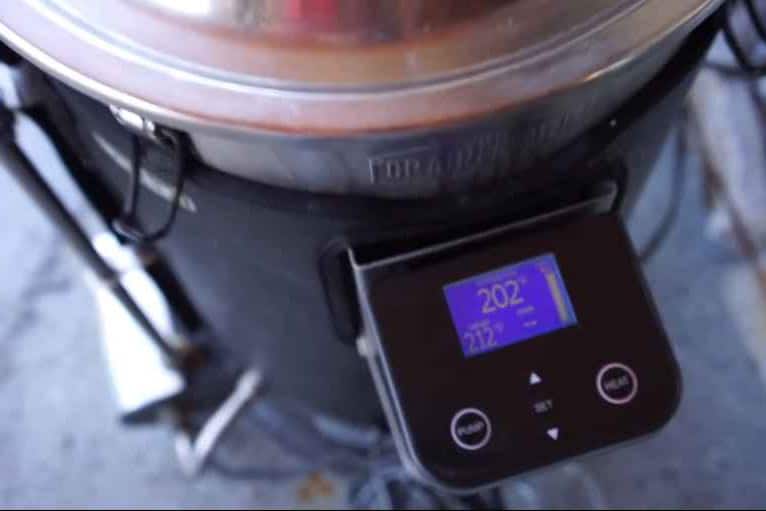 Instead of adding the wort into your hops and boiling it, it is best if you raise the temperature of your kettle so that the wort will be sterilized.

(Note: Grains have different bacteria on them, and you can use the grain as a sour beer source.) 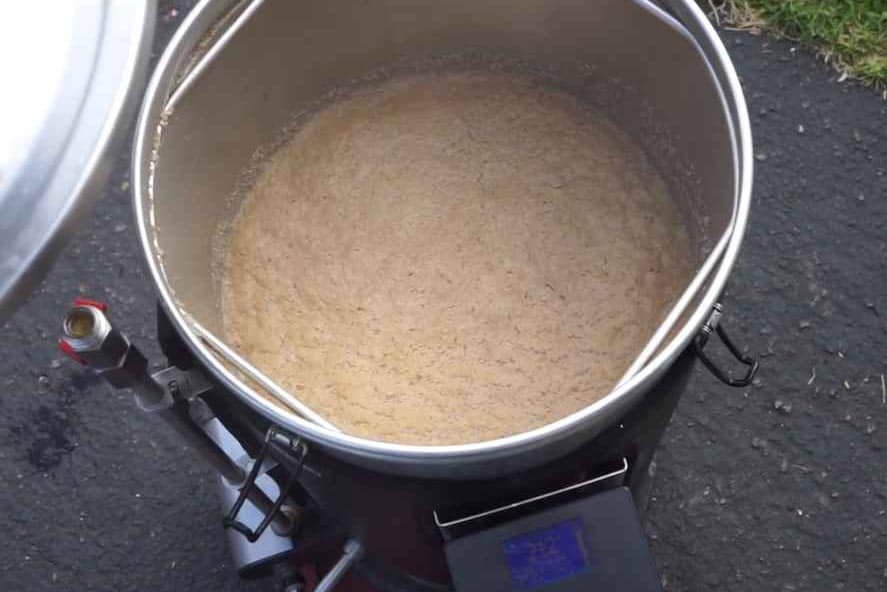 After doing step 2, let it cool for at least 40 degrees in the kettle by circulating it again. The challenging process of this brewing process is the oxygen pick-up, which can be a significant factor.

Step 4: Seal your wort with CO2 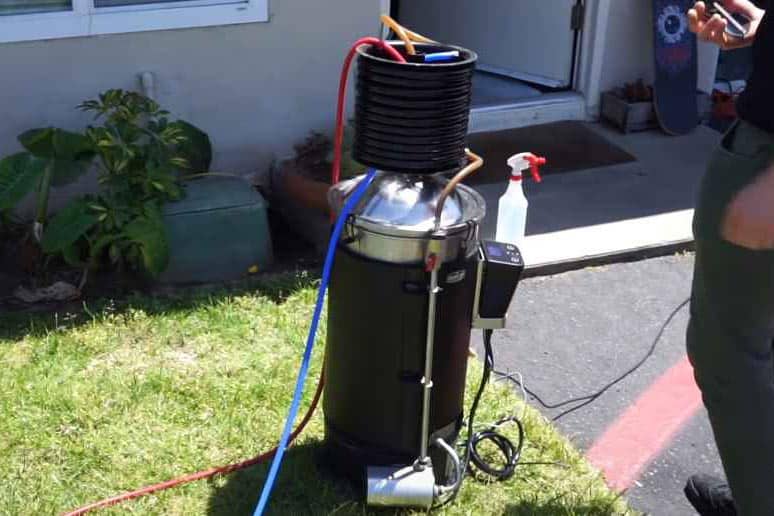 Oxygen can cause the beer to go stale and make the yeast produce unwanted aromas and flavors. So if you are brewing sour beers with lactobacillus combined with oxygen, your sour beer can be considered tinny or vinegary.

To avoid being that sour, it is best to cover your wort with a blanket that has CO2.

You can now add bacteria with a temperature of 40 Degrees. You can use different bacteria that go well with creating sour beer, but most brewers use the lactobacillus Plantarum bacteria.

This bacteria is active in foods such as yogurt, cheese, sourdough bread, and sauerkraunt. 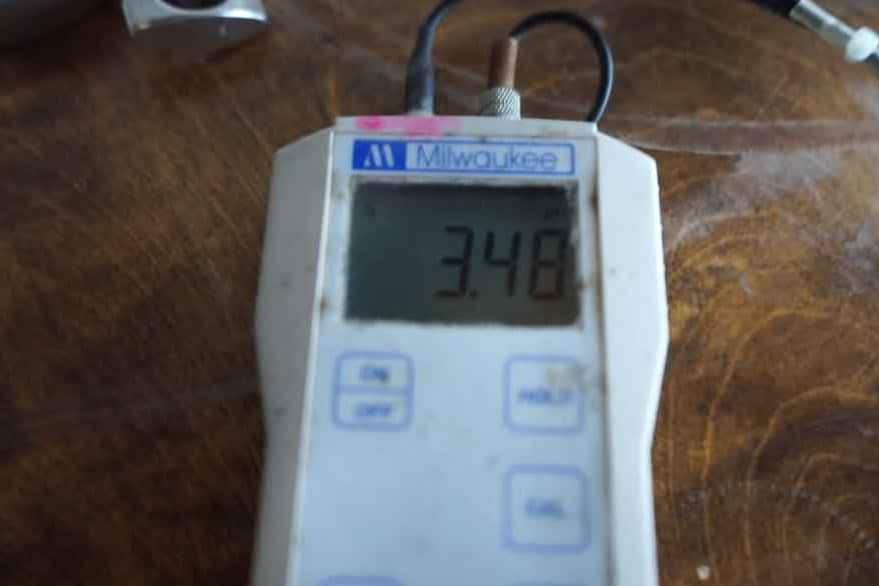 In this stage, it is preferable to achieve a P.H. Level of low to middle to low 4 to allow your bacteria to gain a good hold of your wort.

Let your bacteria ferment between 24 to 48 hours and during this process, aim for your P.H. level to go down for at least 3.5 to give your beer a sour base without making it very sour.

Boil the wort again to kill bacteria and stop the souring process. You can add it to the hops and transfer your wort into a fermenter. The bacteria did not have a chance to get much sugar, so the yeast had a lot to consume and ferment. 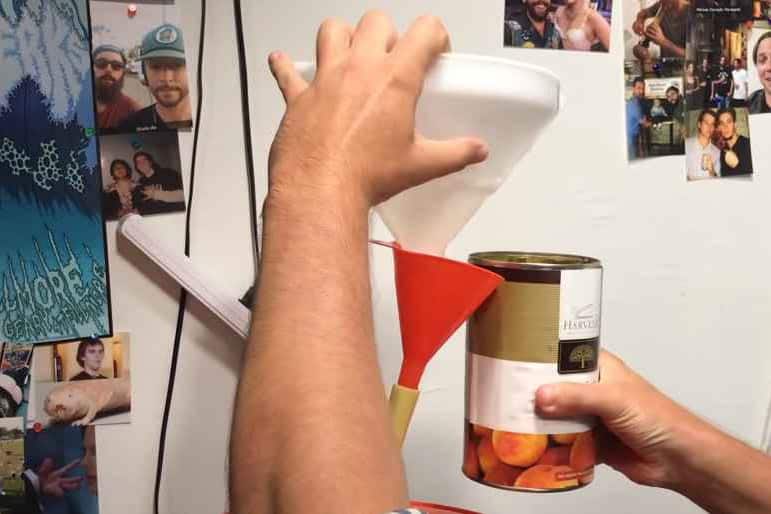 You can now add your different ingredients to the beer. You can add cucumber and mint as the base or other fruit and spice!

You can watch this video for a simple guide on brewing sour beer at home:

Now that you learned how to brew Sour Beers, here is a recipe for a specific type of beer that you can do.

Different Types of Sour Beer You Should Try 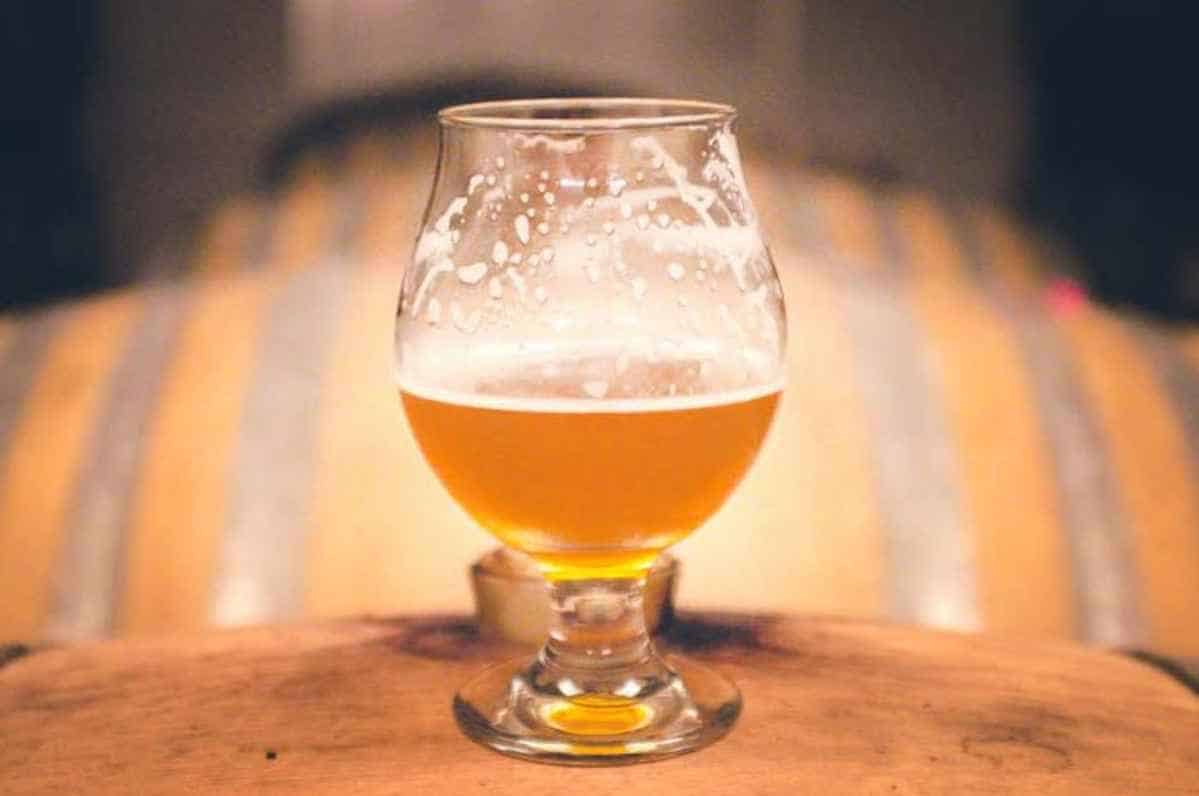 1. How do you serve Sour Beer?

2. What is the Average Alcohol content of Sour Beer?

Most sour beers usually go between 3 to 5% level of alcohol by volume. But some have a low ABV, such as 2%, and some have as high as 8 to 9%. It depends on the style of sour beer you are drinking.

3. How do you store Sour Beer?

Sour Beers should be stored at Fahrenheit from 44 to 55 degrees. If your sour beers are capped, you should keep them upright. If they are corked, some recommend storing the sour beers sideways so that the cork’s moist can prevent the air from getting inside the bottle.

4. What are the food pairings for Sour Beer?

Sour beers go perfectly with any food, but the following dishes complement the beer taste.

Sour Beer brewing is very different from brewing beers because you will need to add bacteria to add sourness to the beer. The use of Lactobacillus bacteria plays a huge role by helping to shorten the fermentation process of the beer.

We hope this blog helped and satisfied your curiosity about “How to make sour beer?” Now that you have reached the end, congratulations on making your first-ever sour beer!