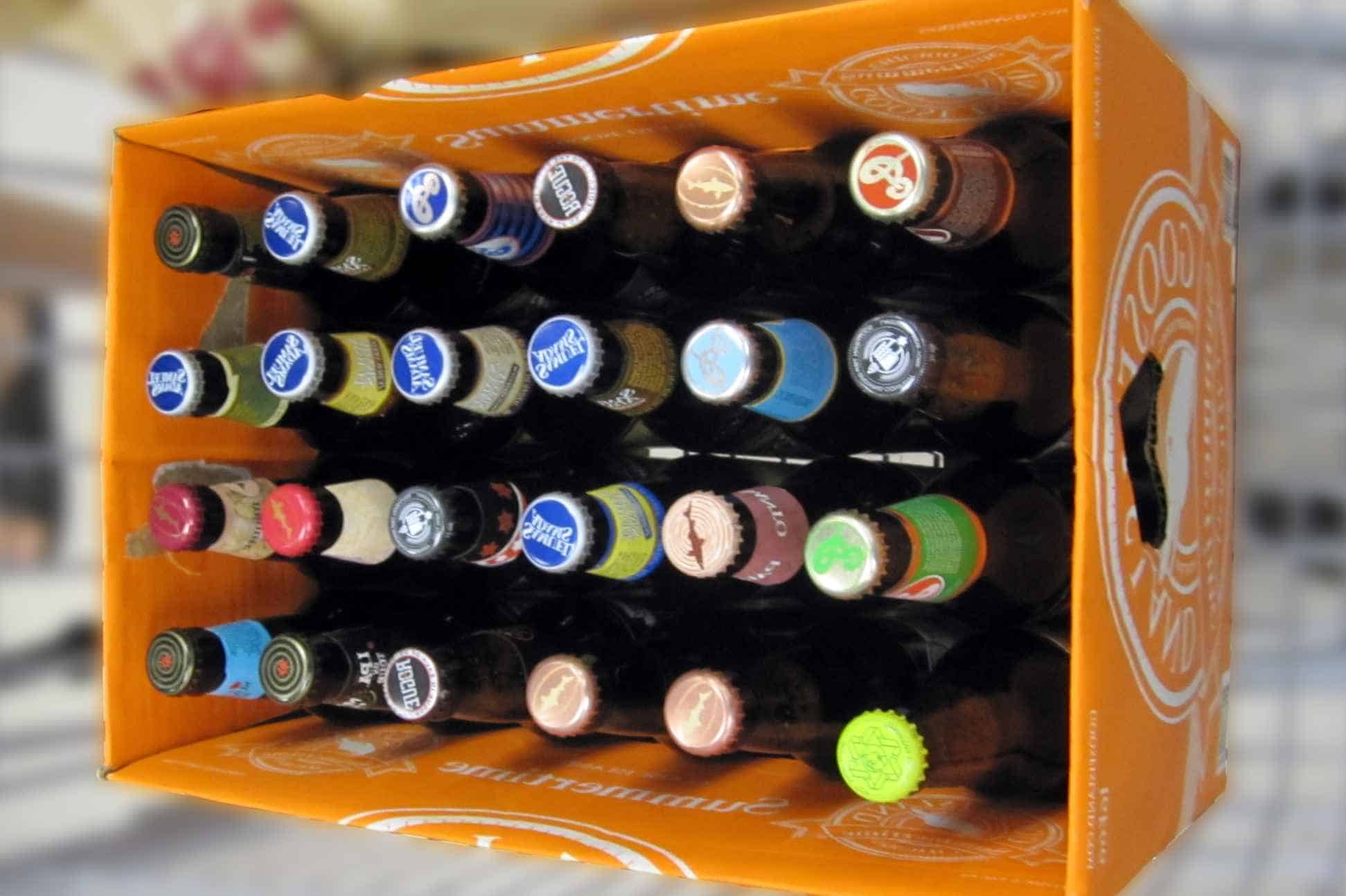 Are you planning to serve beer at a party? Perhaps, you’re starting a liquor business. Whatever the reason, it’s essential to know the answer to “how much does a case of beer weigh?” The answer can help you decide how to transport your beverages safely. This article sheds light on the weight of various beer cases.

The Bottles of Beer in a Case

The standard number of beer bottles in a case is 24. It is the usual arrangement in many parts of the world. However, some breweries have also come up with other modifications to the typical case.

How many beer cans are in one case?

One case of beer holds 24 cans. Just like cases containing bottles, two dozens are a perfect number. Packing, storing, and transporting this number can be more manageable. It’s also a good amount of beer for a group of people to enjoy.

How much does one bottle of beer weigh?

Bottles are double the weight of cans. However, some beer bottles can be a bit heavier than others. Fancier brands use heftier materials, making them weigh more than commercial brands.

How much does one can of beer weigh?

Generally, beers in aluminum cans weigh less than bottled beer. A standard 12-oz can register at 0.78 pounds or o.35 kg on the weighing scale.

It does not matter what kind of beer is inside. The deciding factor of how heavy canned beer is would depend on the container’s weight.

How Much Does a Standard Pack of Beer Weigh? 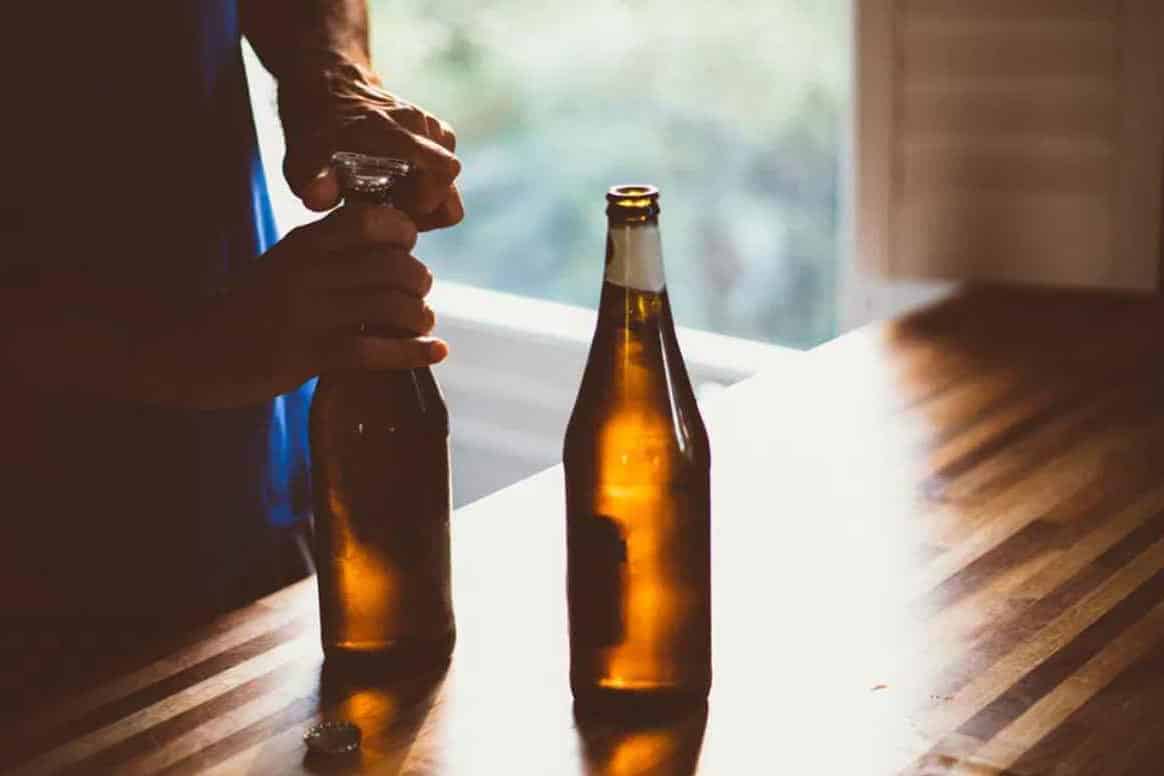 As mentioned earlier, the standard beer case has 24 bottles or cans. However, the total weight depends on the bottle’s volume. The more beer it contains, the heavier the case will be.

How many beer bottles are in a standard pack?

A standard pack has 24 bottles of beer. This number stays true in many parts of the world. So, it’s almost the same no matter where you are buying. The following are the usual bottle sizes and the weight per case.

How much does a case with 8-oz bottles weigh?

A standard case with 8-oz beer bottles weighs about 12 pounds or 5.4 kg. It is an unusual size for a beer.

However, some breweries started making them as a marketing approach. Smaller beer bottles look more elegant and contain less beer. It’s perfect for first-time drinkers or people who want to lessen their alcohol consumption.

How much does a case with 8-oz cans weigh?

How much does a case with 12-oz bottles weigh?

A beer case containing 12-oz bottles weighs around 36 pounds or 16.32 kilograms. This bottle size is the most common beer in the market.

How much does a case with 12-oz cans weigh?

A standard case with 12-oz cans of beer weighs 20 pounds or 9 kg. It’s almost half the weight of the case with beer bottles.

Summary of Weights in a Standard Beer Pack

This video shows what a 24-pack beer case looks like.

How Much Do Various Beer Cases Weigh?

Sometimes a standard case is too much for one person. However, some big events require more than 24 bottles. So, breweries made various packs for different needs and cravings. The following are other beer cases and how much they weigh.

What’s the weight of a 6-pack beer case?

What’s the weight of a 12-pack beer case?

A 12-pack beer case’s weight can go from 2.5 to 4 pounds. That’s 1.13 to 1.8 kilograms, respectively. The weight varies because some types of beer are lighter than others. For example, blond ales and pilsners weigh less than porters and stouts.

A 30-pack of canned beer’s weight can go from 24.5 to 31 pounds. However, its exact weight will depend on the variety and brand. Beers with lower specific gravity, such as ales and lagers, will be lighter. On the other hand, heavier types, such as porters and stouts, will be heavier.

A Summary of Weights Per Pack

Why are beers sold in cases?

Beer sold in bottles became popular after World War I. Brewers thought of marketing these beers as premium products to boost sales. So, they created 6 x 4 crates to hold the beers to make them more appealing to customers.

The cases can accommodate 24 eight-ounce beer bottles. The manufacturers also realized this was the ideal weight for carts to carry.

What’s the difference between cases with bottles and cases with cans?

Here are other differences between beer cans and bottles.

Why do we need to know a beer case’s weight?

Knowing the weight of a beer case is crucial to determine the best mode of transportation. Heavier cases need a sturdier pushcart or vehicle to bring them safely to their destination. The case’s weight will also determine shipping costs and other logistical concerns.

Check out this video on how manufacturers pack a beer case.

Beer is always a welcome addition to any event. It can also be a bestseller in liquor stores. Whether you’re planning a party or restocking your shop, it’s best to know the answer to “how much does a case of beer weighs?” The weight will determine the best way to transport and store these well-loved beverages. 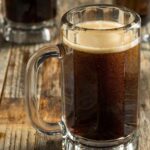 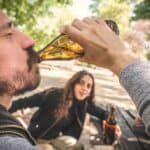 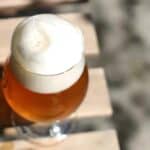 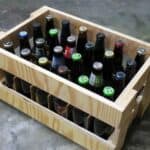 How Much is a Case of Beer? (Price-Check & Data) 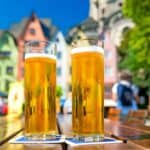