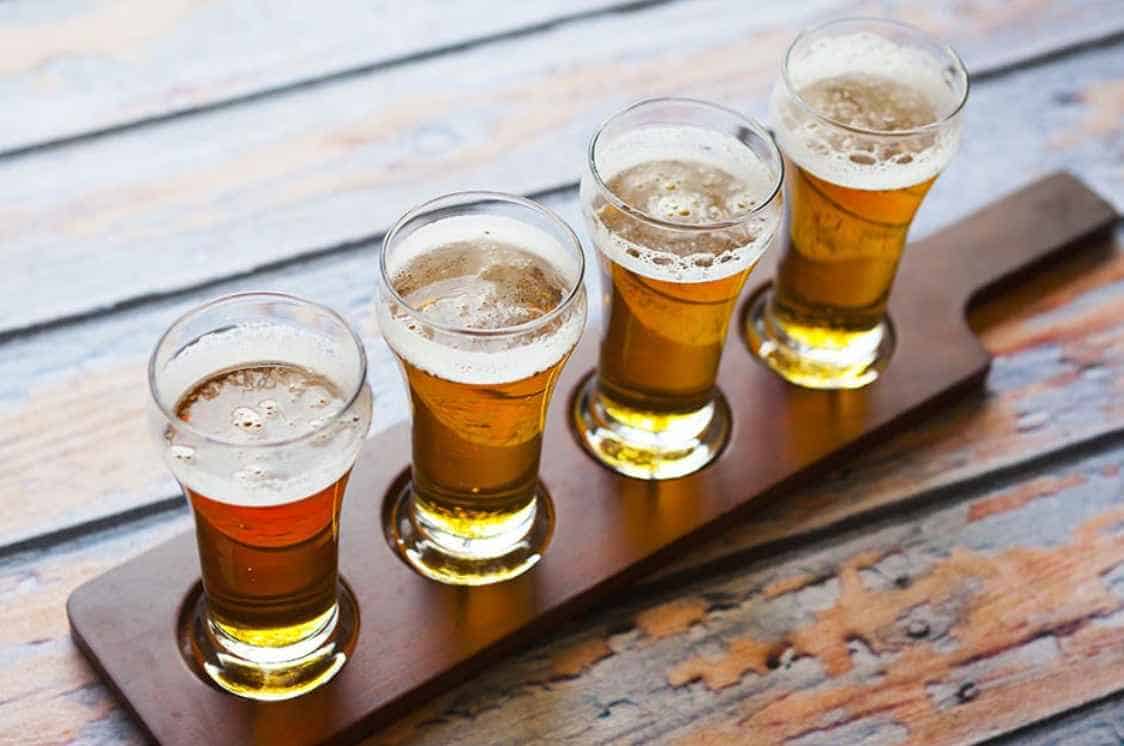 Did you know that Indian Pale Ales have more hop bitterness than other types of beer, such as lagers? But does this matter? Will it give health benefits even though it is a beer? Or is it just another mixture to play with the taste?

The bittersweet taste is what craft beer drinkers look forward to drinking IPA. People commonly judge beer as junk food; it harms our bodies. But with moderate consumption, IPA beers can be more beneficial than we think.

Get ready to chug down this information because we will discuss the different nutrition facts of IPA beer. Plus, give you a short list of varying IPA beers with some data about their nutrition facts!

For a start, here are some general nutrition facts about IPA beers:

How Many Calories are in IPA Beer? 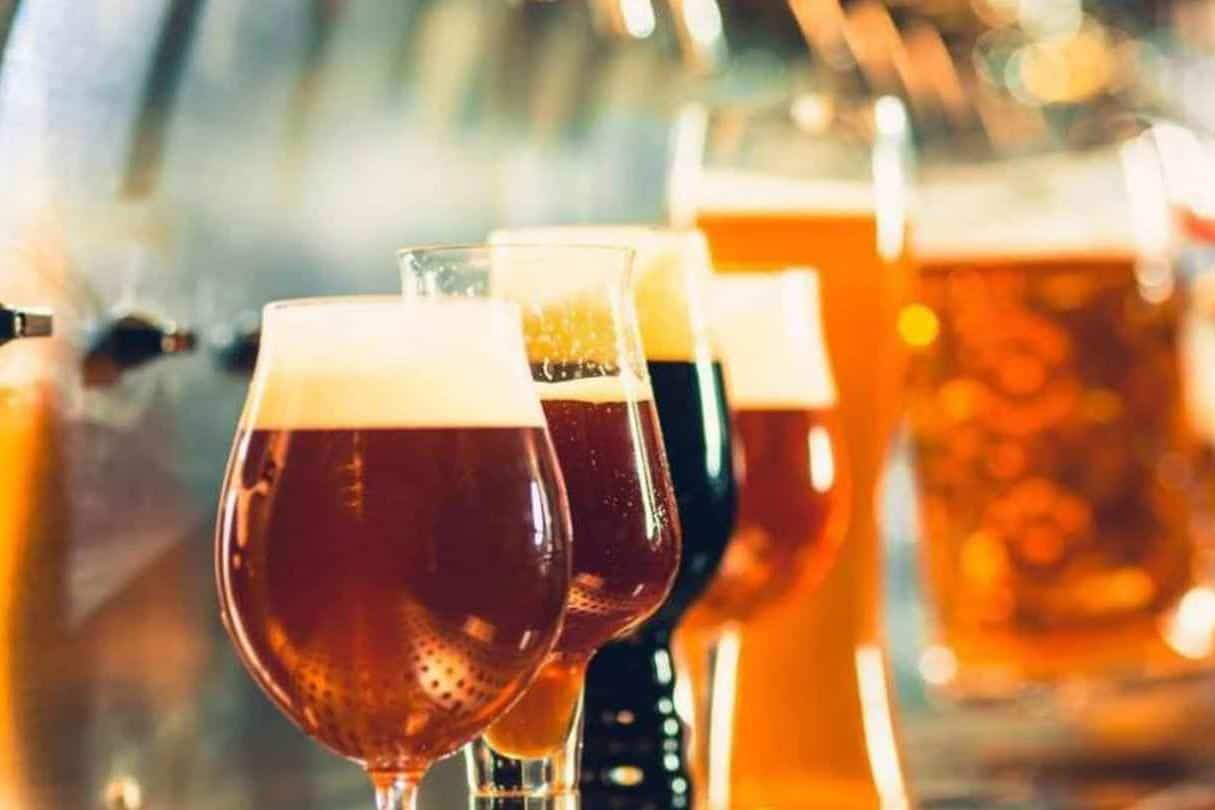 Technically speaking, the calories contained in IPA beer depend on the beer intake and the brand of IPA beer. This is not a secret, but some breweries produce their IPAs with many more calories to get that bittersweet taste.

A regular 12 oz. (340 ml) beer has 155 calories. In contrast, IPA beers can range from 170 to 240 calories per same amount of serving. Further, this can skyrocket up to 300 calories. This means that IPA beers have almost 50% more calories and can reach nearly double the amount of non-IPA beers.

With all these numbers, is it bad for your health? We can say that more calories can make us fat faster, but we can burn it by exercising. In addition, it is okay sometimes to enjoy the taste of IPA suits your palette better.

How Many Carbs are in IPA Beer? 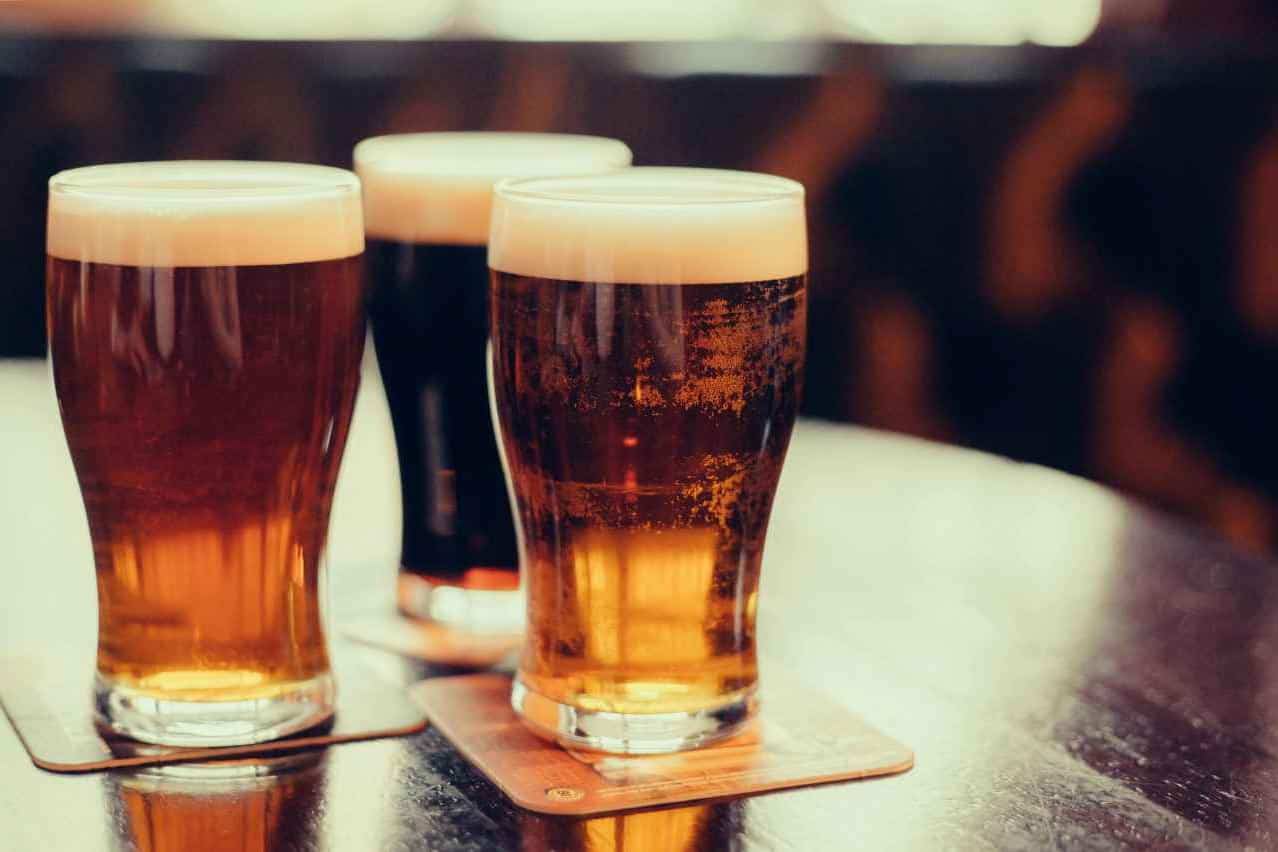 Compared again to non-IPA beer, IPA beers generally contain higher carbohydrates. The average beer has 12.8 grams of carbs inside. However, the carbs of IPA are proportional to their calorie count so expect that for IPAs, the count is much higher. It can go up to 25 grams.

The presence of more hops or malt in IPAs makes the taste more bitter than regular lager. This is also the reason for higher carbs in IPAs. As we all know, carbs are the one ingredient of beer that makes us feel full. So, likewise, with calories, carb intake should be watched by people, especially with diabetes or high blood pressure.

However, for people who like the bittersweet taste of IPA beer, don’t lose faith! With our present technology, many brewing and beer companies are successfully developing IPA beers with fewer carbs and calories. The purpose is to suit their consumers’ tastes while lowering the health risks it gives.

IPA beer brands and Their Calorie and Carb Count 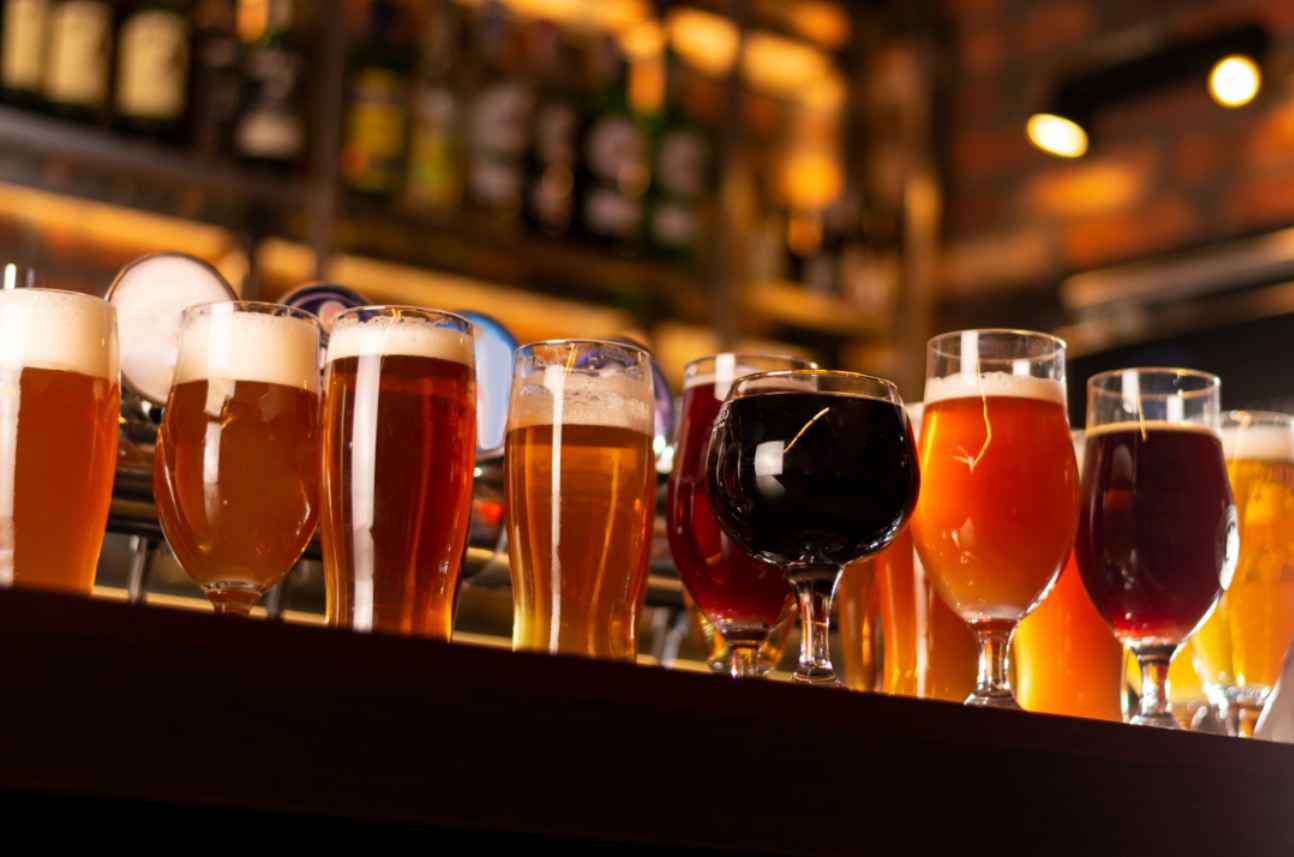 As mentioned, different breweries and beer brands have their specific mixture for their IPA beers. This makes them differ from each other: the deep bittersweetness of the beer. This also means that they can have a different effect on our bodies.

Since different IPA brands vary in calorie and carb values, we compiled some popular IPA brands and compared the information about them. You might be shocked at how the numbers vary from each other. If you are a person that is conscious of calorie and carb intake, check out the table below!

How Much Alcohol is in IPA Beer? 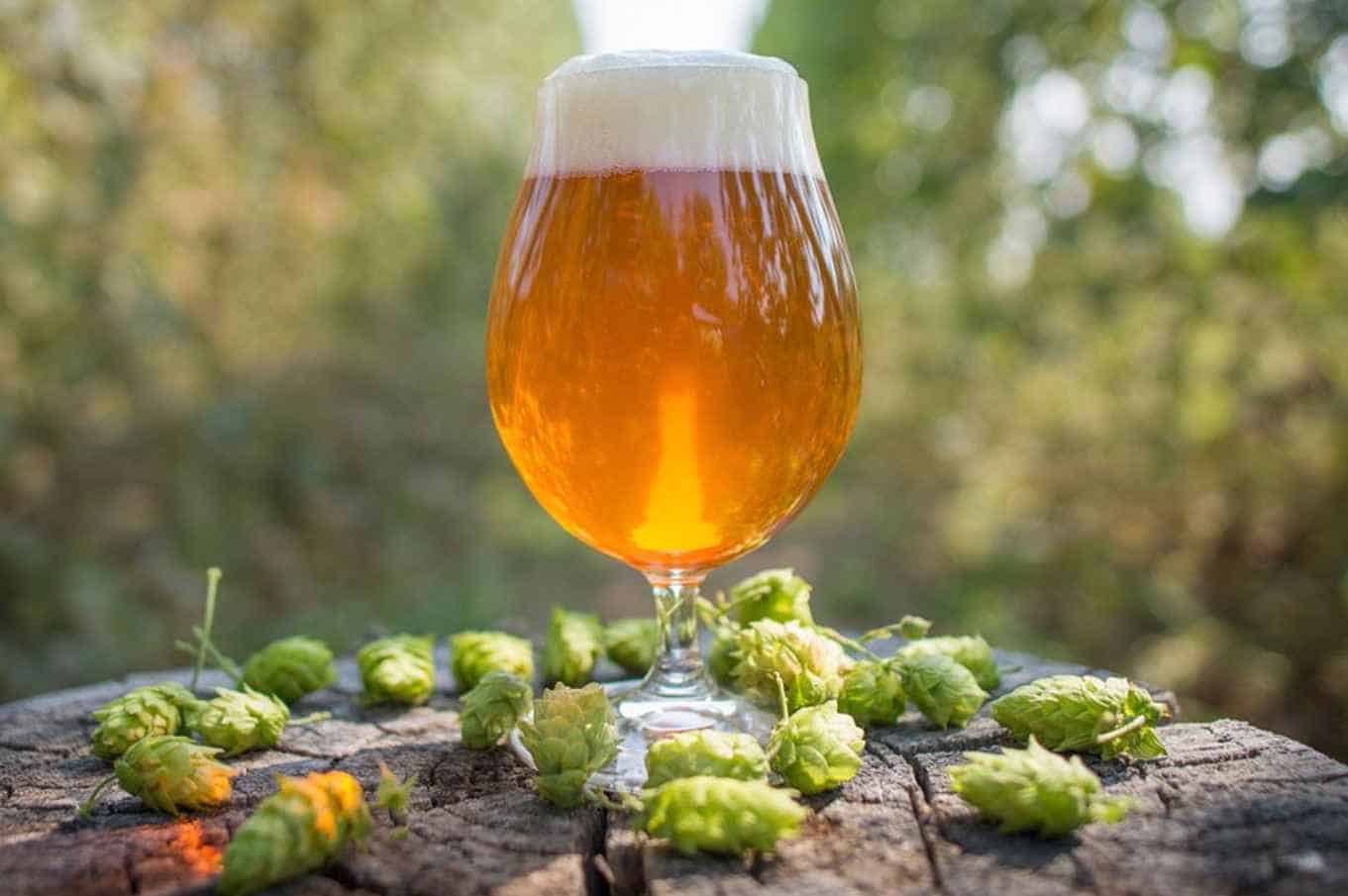 IPAs are taking it to the extreme by being one of the beers with a higher alcohol content. Compared to non-IPA beers that commonly have 5% alcohol content, IPA beers have 6 to 7% ABV. Moreover, this can get higher based on the kind of IPA you’re drinking.

So, if some IPAs make you drunk faster, it is because of these. For example, Double IPAs have a typical alcohol content of 7.5%. If you want a more decisive kick, try the imperial IPA, which has 10% or higher alcohol. But if you don’t want to get wasted and enjoy the night, there’s a session IPA with 4.5 to 5% alcohol, like most non-IPA beers.

The table below contains some of the particular variants of IPA and their equivalent alcohol content:

Is IPA Beer Better For Your Liver?

One question is, which is better for the liver, IPAs or non-IPAs? Before we answer that question, remember that this should be the least of your concerns because it still contains alcohol. And the more alcohol in the beverage, the more time our liver would do its work.

However, a study by scientists from German Freidrich Schillder University shows that the presence of hops in IPA produces less damaging effects on the liver. But before you rejoice, note that this is only a preliminary study done on three groups of laboratory mice. The impact on people is yet to be proven.

In the study, one group was given a hoppy beer like IPA, the second consumed beer without hops, and the third drank ethanol. And yes, as you read before, the group that drank the hoppy beer had a healthier liver than the other two.

Compared to liquors with fewer hops, this study might give a promising future to the industry of IPA beer. However, as long as it is still not proven on humans, it is better to be cautious about what you drink and avoid mixing your liquor with an untrusted proprietary mix.

IPA as a Source of Silicon

Aside from the possibility that IPA beers are less damaging to our liver, hops and malts also are rich in silicon. Moderate consumption of IPA beer can lead to stronger bones because it is one of the minerals that help in its structure. Silicon also aids in the more vigorous growth of our nails.

Furthermore, silicon can also aid in producing collagen, which helps our skin be healthier and younger-looking. Another health benefit of silicon is that it strengthens our immune system and reduces the risk of atherosclerosis.

So, hoppy drinks like IPA also have health benefits, another reason not to regret drinking it!

Other Health Benefits of IPA Beer 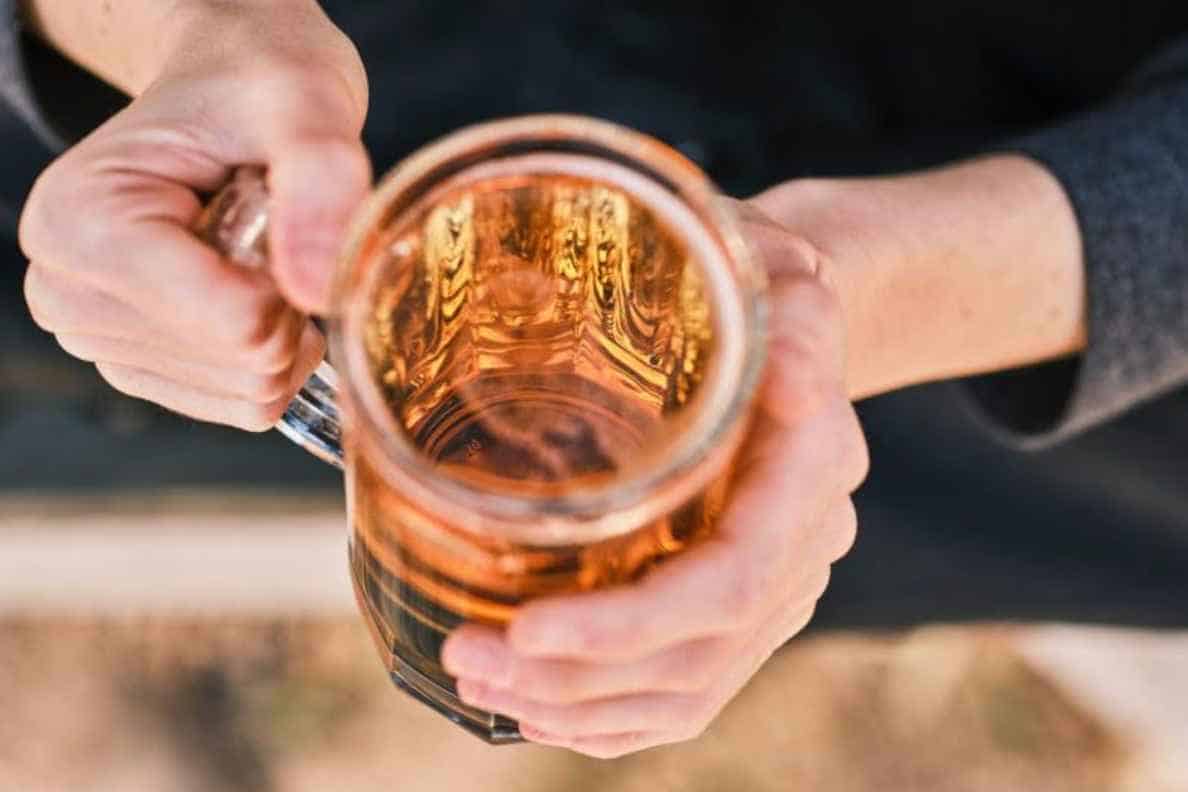 Beer has always been portrayed as the worst on health info and bulletins. People who like to drink it have always been told to stop because it does nothing good to their bodies. But we’re ready to prove them wrong.

Generally, unfiltered beers are a great source of Vitamin B, which includes folic acid, which is excellent for preventing heart attacks. Hops, which IPA has a higher content compared to other beer, is a perfect anti-inflammatory agent. The bitterness of hops helps in treating and preventing certain respiratory infections.

Moreover, believe it or not, beer can also aid oral hygiene. It reduces the formation of biofilm, which is slimy stuff building up in the teeth when brushing our teeth is neglected. Lastly, it can protect your kidneys. It reduces the risk of kidney stones because it can increase urine flow.

The Moment of Truth

That’s it! Now that IPA beers have a lot of effects on our health, it may be time to be more conscious of what we drink. IPAs are generally more robust than most beers, be it the number of calories, carbohydrates, or alcohol level. But, as mentioned above, there is a potential that drinking it moderately will benefit us.

Well, we all know that too much is not healthy. Whether or not we can get more health benefits from drinking IPA beer compared to non-IPA is just a consolation from drinking beer. It does not mean we can abuse and drink beer every day. While it can give us some nutrients, if abused, it often causes damage to our bodies.

We all get stressed from work but may this be a gentle reminder to drink moderately and responsibly!