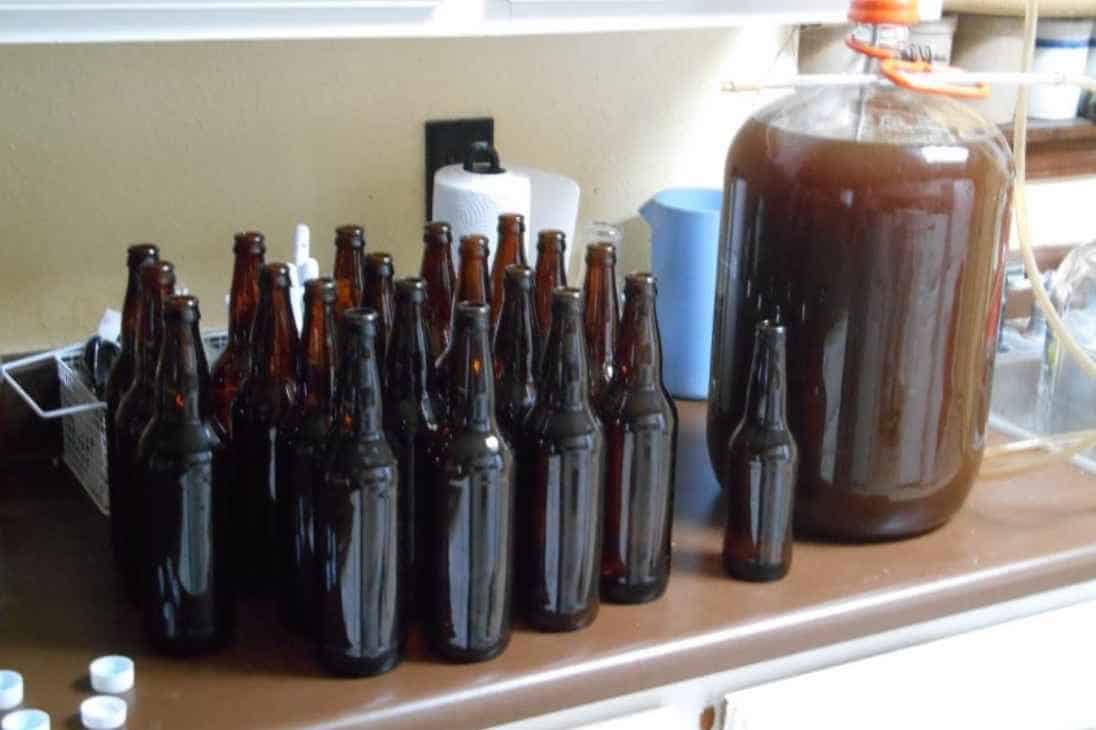 Have you ever wondered, “how long does it take to brew beer?”. Luckily for you, we came up with this article to explain the different processes involved with beer making. Find the answer to your questions below on how much time it takes to brew beer.

Before we talk about the different processes involved in beer making, we must first tell you about the other brewing methods that you can use. It’s important to talk about this first since it can significantly affect how long it will take to brew beer.

Making beer at home is quite complicated, but once you get the hang of it, you can repeat it. You can refer to this video below to see the basics of brewing beer at home.

Knowing the different brewing methods will help you choose the one you find easier. Once you’ve selected a way, you can prepare all the materials you need since the required equipment differs for each. To give you a deeper understanding, we listed down the methods and explained them below.

The first process you need to do in beer making is to prepare everything you may need for the entire process. It would be best if you first considered working space since you wouldn’t want to work with a small space when you have lots of equipment.

The kitchen is the most suitable choice for working space, but you can also do it in a garage or any ample space where you can move freely from one step to another. Make sure the whole area is spotless so that you won’t have any problems down the road.

Another thing to prepare is the equipment you’ll use to brew the beer. There are fewer than 10 tools you’ll be using in the whole process, but you need to ensure that it is clean and sanitized before using.

This part of the process usually takes 45 minutes to 2 hours, depending if you’ve done it before or you’re a newbie with little to no experience. You may need tools and equipment such as the brew pot, airlock, fermentation vessel, wort cooler, siphon, refractometer, sanitizing materials, waterproof thermometer, and bottles.

Once you’re done with all the necessary preparations, it’s time to start brewing your beer. Remember that the time may vary depending on the recipe you’re following and the tools and equipment you were able to get. You need to follow several steps when it comes to brewing beer, so make sure to read all the parts here.

The first step is to steep the grains. Most brewers who make their own beer at home skip this step because they feel like it wastes time. However, this process is well worth it because beer made with steeped grains is usually more aromatic than other beers.

To do this step, you first must ensure that the water is warm enough before putting in all the grains. Slowly pour them and let them sit for about 40 to 45 minutes, so the grains have enough time to absolve their enzymes. Once the time is up, you can move on to the proper boiling.

It’s a basic fact that boiling is the most critical part of the beer-making process. This step will determine the color and flavor of the beer. You can either pre-boil it or stick to boiling the grains immediately.

Anyway, most beers still need a boiling time of not less than an hour, even for light beers. The more complex the blend, the more boiling time you need.

After boiling, we need to cool the wort. The brew’s temperature should be 24 C before adding in the yeast. It’s relatively easier to do if you have a wort cooler which should only take less than 30 minutes instead of hours.

Once you reach the required temperature, add the yeast before you transfer the beer from the pot to a bottle or fermenter. Check if you have an aerator at home since the yeast needs oxygen.

You can still do the process without an aerator by stirring the beer while it’s being transferred through the funnel. This process will take about 30 minutes to an hour.

Up next is the most crucial part of any beer-making process, fermentation. This step will either make or break your beer, significantly affecting the taste and texture of your brew. The minimum time for fermentation is two weeks, with some going on for months.

It’s important to follow your recipe correctly. While some may choose to check the brew gravity from the tenth day, it’s better to do so from day one so that you can see the pattern and closely monitor it for better results.

Take your refractor or hydrometer to measure the gravity and note it down. Once you get the same measurements for three consecutive days, your brew is ready to be bottled and drunk.

The last step in the beer-making process is bottling. Carbonation through kegging or priming is the most crucial part of this step, which alone could last four to six weeks. It purely depends on what method you’ll use.

If you’re going with priming, you will need a priming bucket and lots of sugar. All you have to do is put the sugar inside the bucket before mixing the beer.

Once all sugar is dissolved and priming is done, connect the tube to the bottleneck and pour the beer. Once bottled, leave it in a cool, dark place to carbonate on its own for about four to six weeks.

On the other hand, if you have a kegerator, you do not need to prime it with sugar. The equipment will do the carbonation for you before you put the beer inside the bottles. Like the one before, leave it in a cool, dark place before you drink it.

Now that we’ve talked about all the processes involved in beer making, it’s now time to give some answers to some of the most frequently asked questions about the topic.

There is not much space left uncovered from our article above. Still, we’ll consider the following questions, which might be worth asking. Without further ado, here are some questions you might still be confused about.

What is the difference between Ales and Lagers?

If you’re an enormous beer enthusiast, I’m sure you’ve heard about ales and lagers. These two types of beer cannot be more different regarding fermentation and carbonation.

Ales are a bit lighter and can be opened within four to six weeks after bottling. On the other hand, lagers are slower in fermentation, so it takes up to two months before you can enjoy a bottle of it.

What takes longer: brewing or waiting?

Technically speaking, beer-making is a process that requires a tremendous amount of patience. You’ll be waiting for a process most of the time instead of spending a lot of time working.

On average, it only takes two to four hours to do the brewing process, but you would need time to wait for the brew to cool, ferment, and carbonate. With that said, it is clear that waiting takes a longer time than brewing.

What if I want a higher-ABV beer?

If you’re looking to brew your own beer and prefer to let it have a high ABV percentage, then you must keep in mind that you will need to let it ferment on its own for months or a year even to get that strong taste. The longer a beer waits and ferments, the higher its ABV percentage.

By this point, you should know the answer to the question, “How long does it take to brew beer?”. We hope we can give you more information about the topic. Let us know what you think, and don’t forget to share this information with your friends and family.