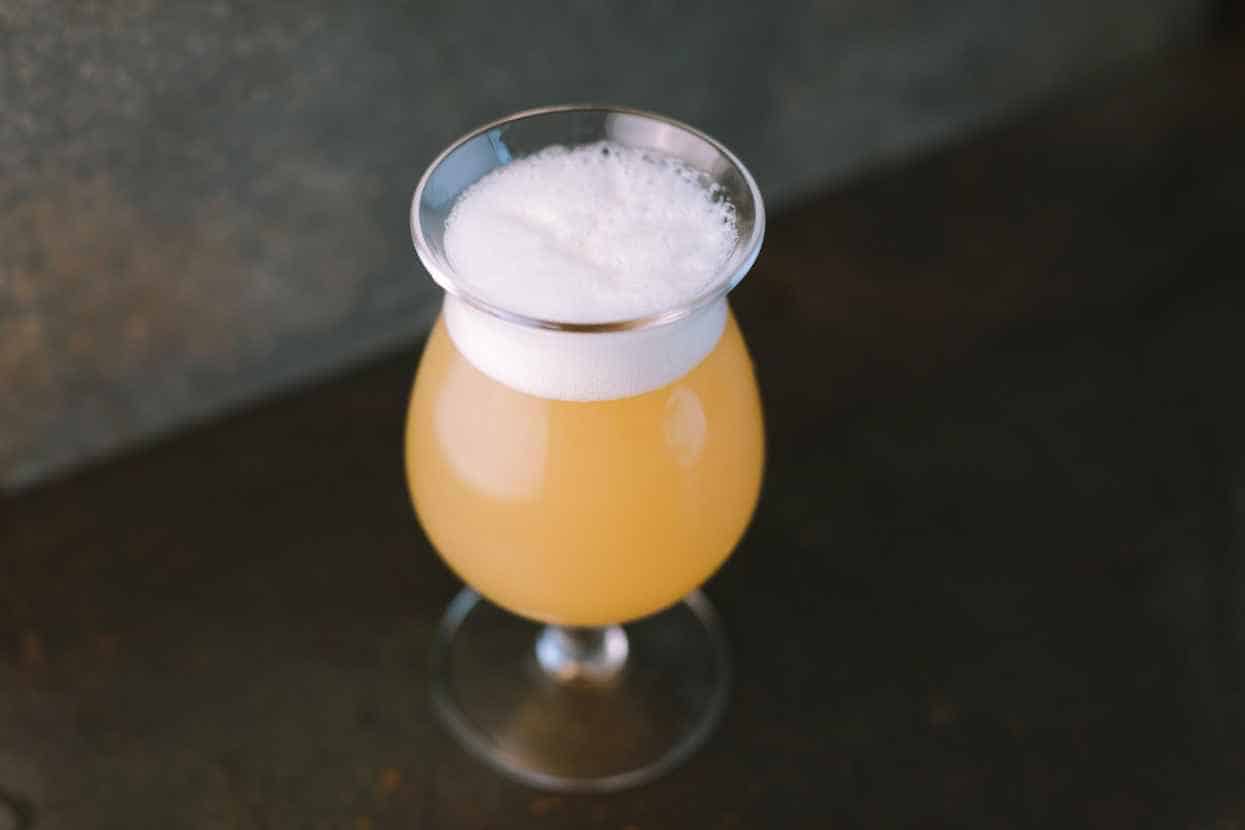 It’s hard to stick to one type of beer alone. Despite knowing your taste, exploring is also an open and common choice for beer drinkers. You may have heard of hazy beers, an opportunity to get to know them better. So, what is a hazy beer? This might be a new one for your list of favorites!

Getting to Know Hazy Beer 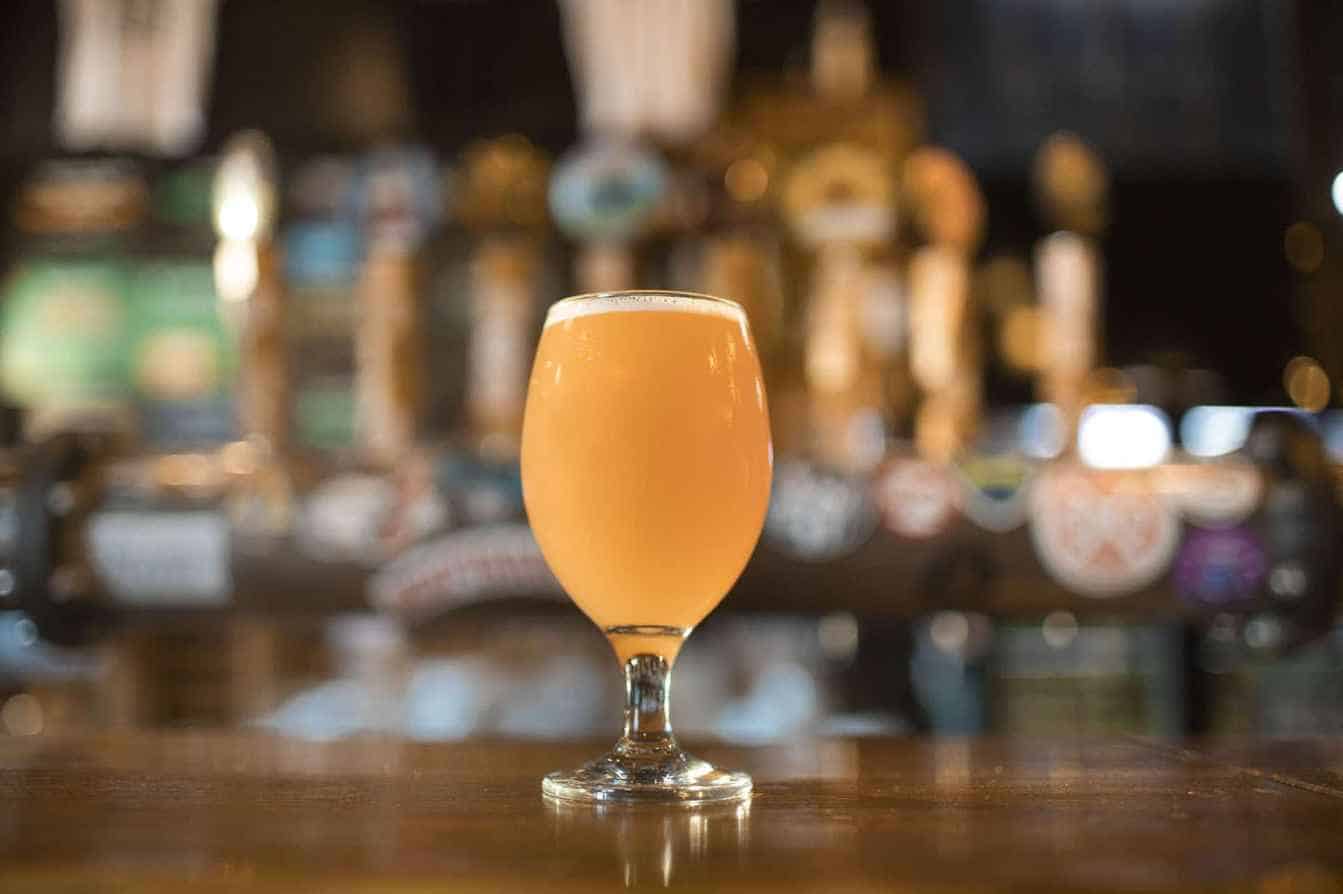 Of course, learning its features is the first step to learning more about a beverage. If you have already heard about hazy beer, then you should have a bit of an idea about it. It’s a beer that caught the attention of beer enthusiasts all over the globe. Here are some critical components you need to know about hazy beer.

From the name itself, you might already have a guess about what hazy beer looks like. Hazy beer is hazy. When you look at it, it would be like looking at a scenery while there’s fog everywhere.

In a general sense, hazy beers smell like juice. It’s usually a refreshing smell of the tropics, just like you are on vacation. This is one of the reasons why hazy beers are also described as juicy. It has a bright smell making it an excellent pair for when you are thirsty and want a colorful fix.

You can go for a mild amount of hazy beer because it only contains up to 8% ABV. Hazy beer’s ABV is along the standard level when it comes to ABV in beers. Some hazy beers are either lower or higher than eight, but all in all, they are moderate for beer drinkers.

When describing its taste, the same word is often brought up regarding hazy beer’s smell, and it’s always ‘juicy.’ You will experience tasting notes of mainly orange juice when sipping this beer. Although there will also be flavors of other tropical fruits included.

So, like its aroma, drinking hazy beer feels like a tropical dream for a hot day. A low bitterness level characterizes this type of beer. You could also say that you would like it when you don’t want your beers to be too bitter. Hazy beers also have a high concentration of fruity and citrus flavors like orange, lemon, mangoes, and passion fruits.

Hazy beers have a luscious mouthfeel. It’s smooth from the moment it reaches and is absorbed by your palate until you let it travel down. The texture is a bit thicker because this type of beer is in the medium to full spectrum.

Hazy drinks were available in the past when there were no machines or tools to create clear beverages. While there were many sources, people were still cautious and in search of clean water. So, many ancient societies provided low-alcohol beer in place of water to their people.

The official beginning of the haze beer story was when breweries were looking for beer ideas where a sip is not too bitter to take. In the same way, they were also trying to find a new type with a unique look, away from the usual clear beer.

They experimented with numerous yeast strains to develop a new type of beer. Beer makers looked into some of the main ingredients, like malts, and began using malts with increased protein content in the grain bill. After these alterations, hops would be added quite a little later.

Hops contributed more of their distinctive scent and flavor while leaving only a trace of mild bitterness, making the drink juicier than other types of beers.

As time passed, consumers developed the habit of associating hazy beers with a beverage anticipated to have a lower level of bitterness.

As a result, many drinkers prefer hazy beers, especially when you want a milder beer. Until today, hazy beers still have the rizz and are still pulling beer drinkers from around the world. Many beer drinkers use this option when their palates can’t handle a more bitter variety.

This foggy beer is so tasty that even people who don’t like IPAs can’t resist it. Hazy beer has an undeniable charm! Why do you think it survived and has been thriving for years now?

Where Does the Haze Come From? 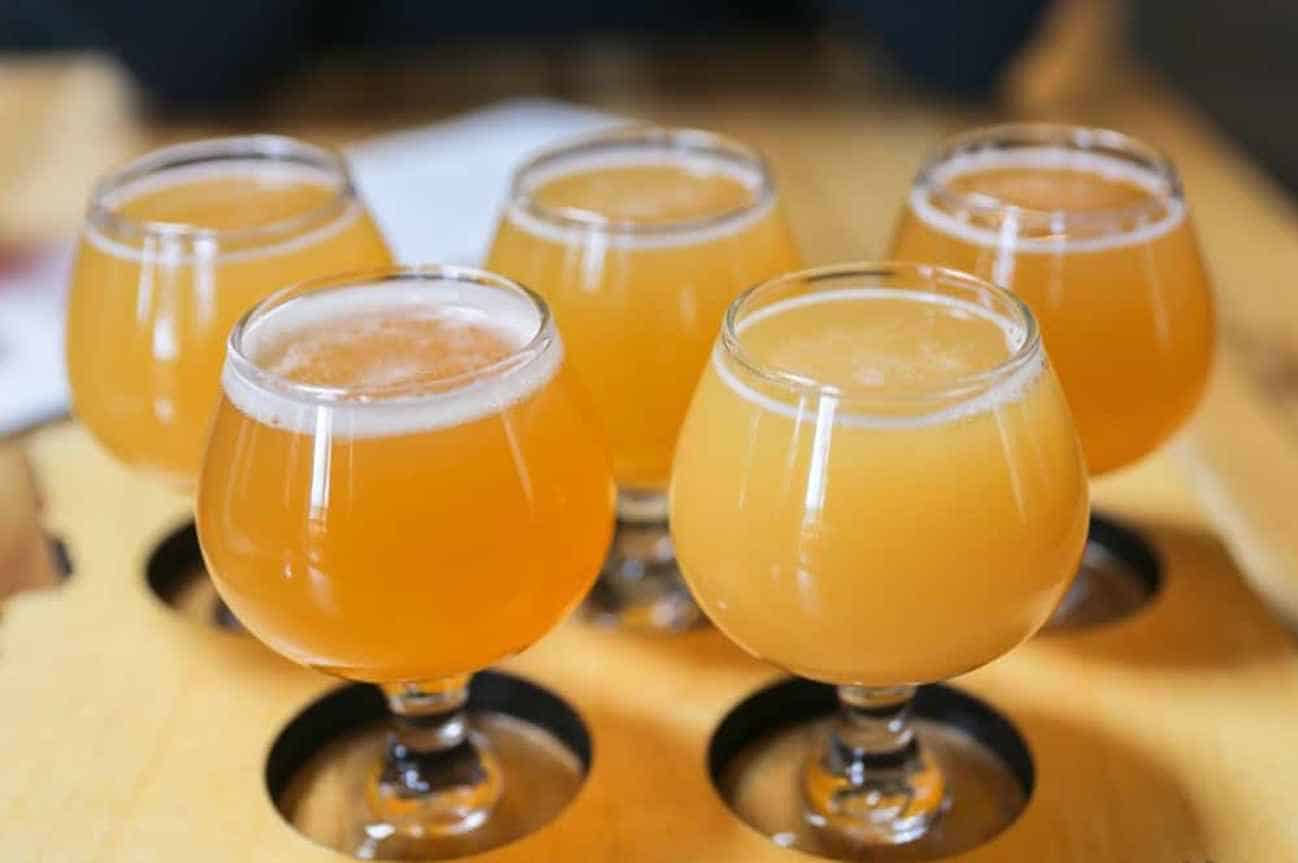 Haze is a common term that you might have heard multiple times before. Haze is defined as a state of opacity brought on by finely dispersed particles in the air. An example would be a thin cloud of smoke or vapor floating through the air.

This is also why haze is synonymous with cloudy. While similar, haze in beers also has some distinctions in the context of beverages. The haze in beers is also caused by different components coming together.

The term “hazy” has been used to identify beers with undesirable suspended proteins available in the earlier days of hazy beers. These beers of yesteryear were noticeably less foggy than the hazy beers of today.

Now, hazy beer still carries the same meaning but is more directly connected to hazy IPAs. Hazy beers look different mainly because rather than being experimental, they have established their own name and have been a widespread favorite for many beer drinkers.

Where is it from?

Haze is caused by basically the combination of ingredients in the beer. But a closer look will reveal that beer’s ” haze ” is rooted in specific components and processes. Magnum hops are one of the most common types of hop used in hazy beer.

A combination of two factors causes haze in beer. However, the interplay between two substances, protein, and polyphenol, is much more prevalent. Another element that adds up to the hazy appearance is dry hopping. This process leaves a significant amount of hop oils and particles. These particles are then found in the beverage.

A lack of filtering typically causes cloudiness in hazy beers. While most beer types undergo the filtration process, these beers skip this step. In other words, the cloudiness you see in hazy beers is due to the retainment of a great deal of sediment.

The complex scents and tastes in the brew are retained by infiltration, so withholding this process allows brewers to make a more decadent beer with more unadulterated aromas. 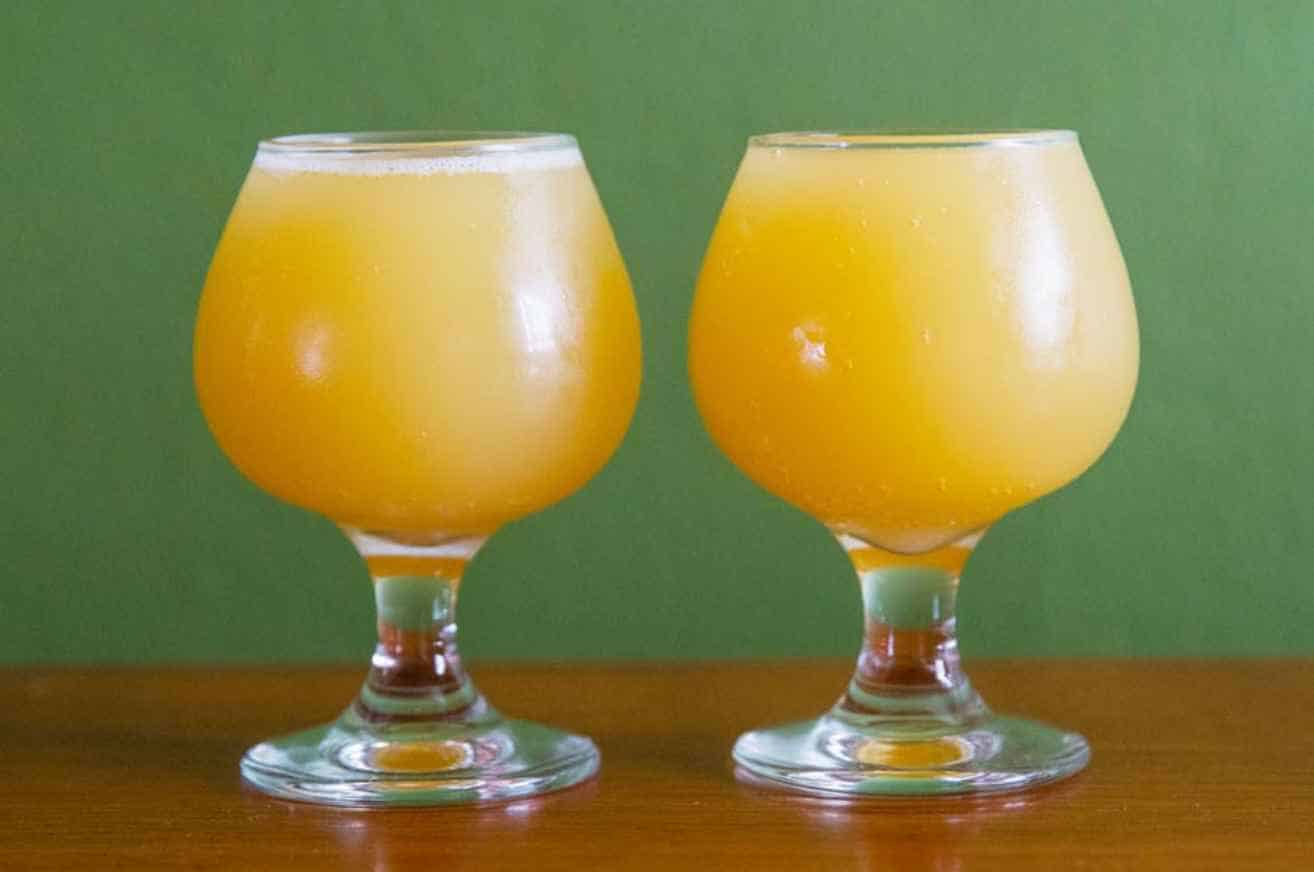 If you have reached this far, you know that hazy IPAs are still IPA. This type of beer is a subtype of the larger umbrella of IPA beer. Three main features: aroma, flavor, and bitterness. These are what define IPA beer.

As mentioned, the subtypes under this umbrella are all about these main features being present in them. However, to be recognized as a subtype, there are slight or even quite a few differences between them. So, what distinguishes a hazy IPA from regular ones?

Hops are a vital ingredient in both styles. Both regulars and hazy IPAs have a high count when it comes to hops. However, these hops are included at various stages and in varying quantities. To differentiate the two methods, hops are typically added to regular IPA during the boiling phase.

Due to this distinction, a more bitter taste can emerge. Contrarily, the hops are added to hazy IPAs well after the boiling process. The other option is called dry-hopping, adding the hops while the beer is fermenting. The hops added last is what give the beer its distinctive flavor.

One of the main things about hazy IPAs is that they are juicy and fruity. These descriptions are only possible because it’s not so bitter. The lack of bitterness allows for the emphasis on the fruity flavors and the overall juiciness of the beer.

Brewers don’t use natural fruit or add an outside source of sweetness like sugar, meaning these fruity notes and juiciness are generated naturally while making hazy beer. When sipping on a hazy beer, you will usually experience a burst of tropical fruit freshness that can include oranges, lemons, mangoes, and many more.

So what is hazy beer? While it’s easy to assume because of the label it’s given, this type of beer is more than its name! Served by breweries since the early 2000s, this beer continues to occupy beer-drinkers lists of favorite beers. And so if you are inclined to juicier, sweeter, and less bitter beers, this should be a great choice of beer to try.