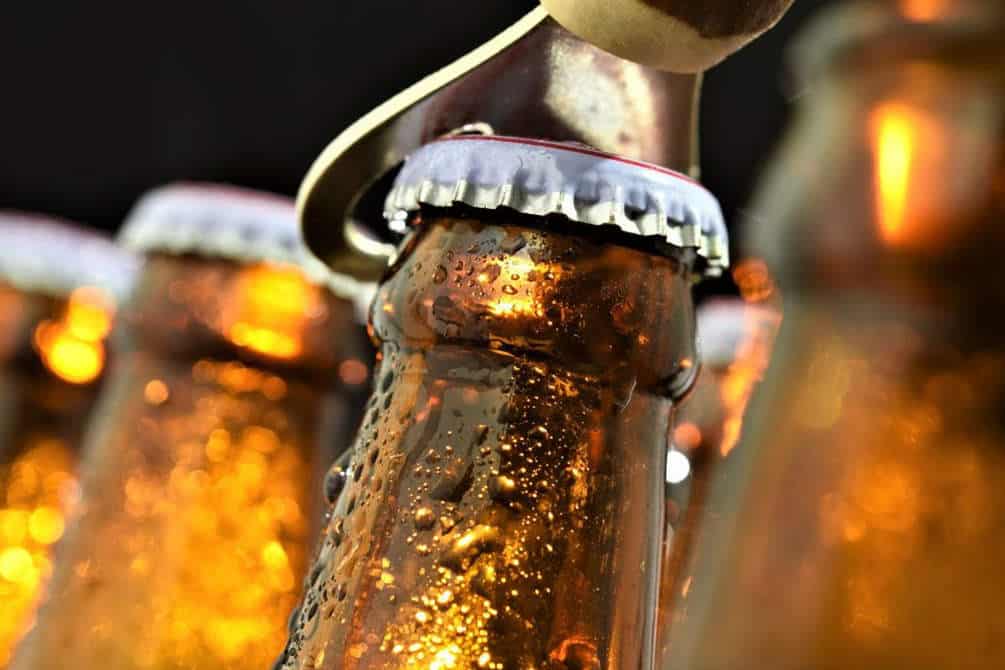 Breweries are no stranger to Denver. If you look back to the city’s past, craft beers have always been a thing. If you make it to the Mile High City, it’s only imperative that you drop by the 14 best breweries in Denver, CO!

Since 2015, Sean and his friends have been dedicated to crafting the best beers. Cerebral Brewing is all about combining science and art when it comes to brewing its beers. This brewery keeps finding new and creative ways to craft beer.

Quality is something that the folks at Cerebral Brewing focus on since the day they decided to open their brewery. It is evident in the different beers they have available. Visit their Monroe Street location and order beer on tap. You can also take some 4-packs to go! 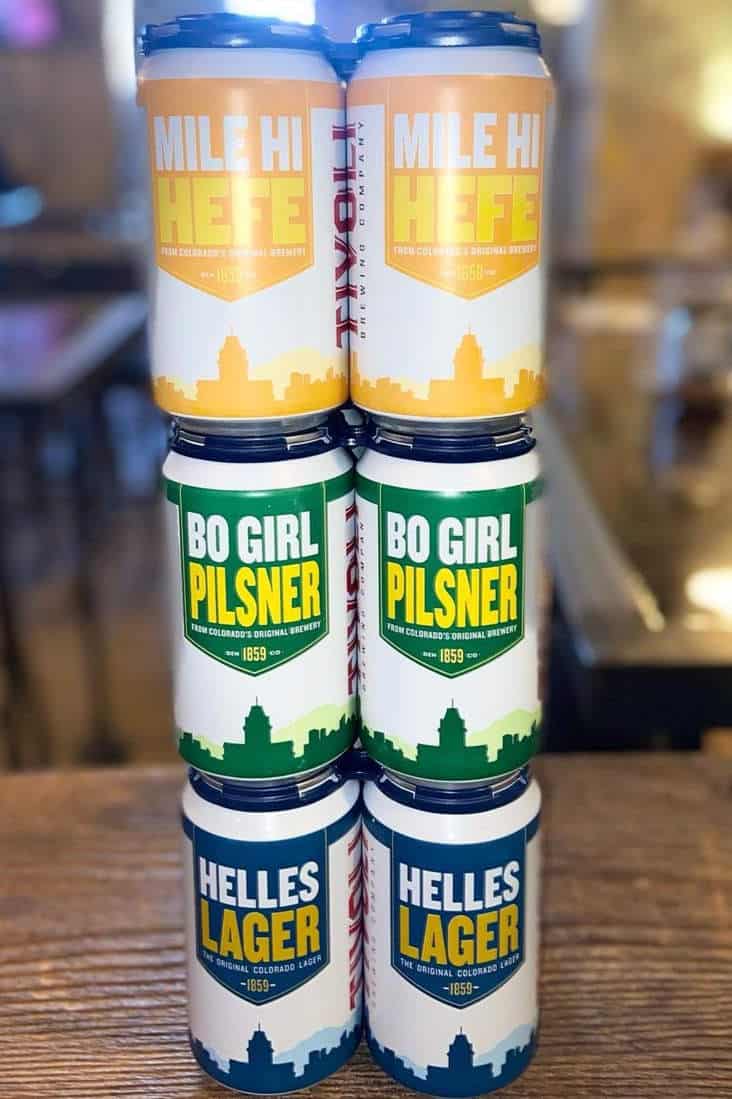 We can’t talk about Denver’s rich beer brewing history without including Tivoli Brewing Co. Tap House. You can trace the origin of this brewery to the late 1850s. Since its founding, there have been so many events happening, but the legacy of Tivoli Brewing remains.

The Tivoli Brewing Co. Tap House still sits in the same place where it was established all those years ago. They have various crafted beers available throughout the year and seasonal ones like the Tivoli Ginger & Juice that you should try whenever available. 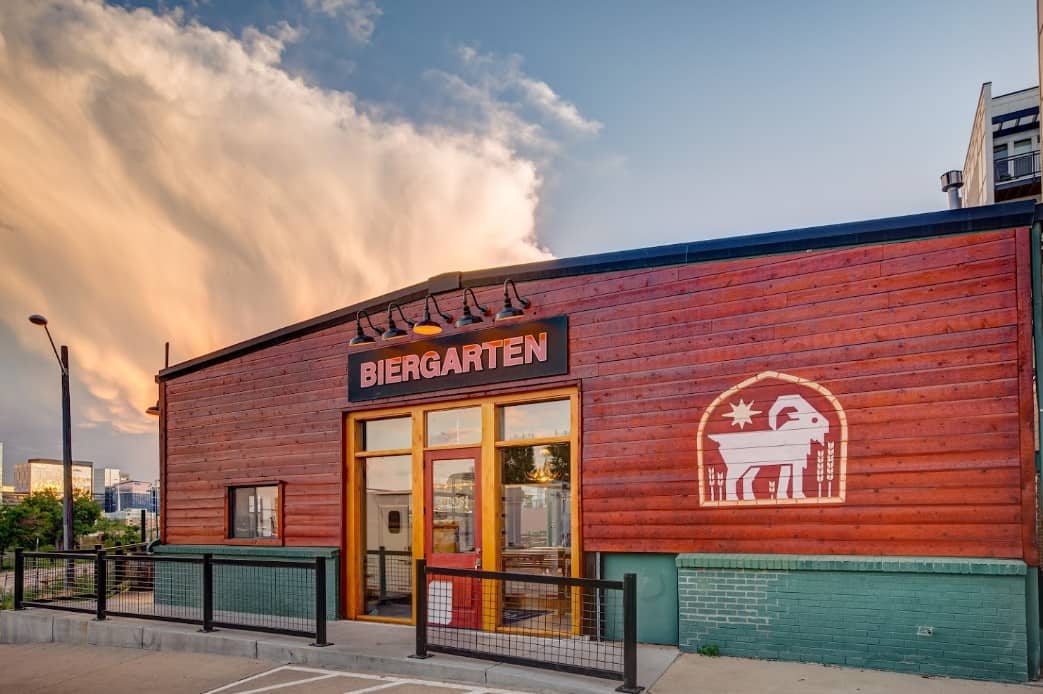 If you can’t make it to Germany just in time for Oktoberfest, the Prost Brewing Co. & Biergarten might just do the trick. You might not be drinking beer in Europe, but you get to try different German-style beers here.

One of the most interesting things about this brewery is they follow the tried and tested techniques in crafting German beers. They even go as far as bringing in ingredients from Germany.

Don’t forget to drop by this brewery, enjoy your choice of German beer, and bask in the lovely view of the city!

Brett, who founded Little Machine Beer, worked in several breweries in the state before he established his own. Together with other people behind this brewery, they brought their knowledge and experience and managed to craft exemplary beers.

Since the brewery is next to their stadium, you can drop by before or after the Broncos game. Head over to the bar stations to order your beer of choice. If you’re vegan, then you will appreciate their crafted beers.

If you want to drink beer and chill with your dog, Little Machine Beer’s patio welcomes your furry friend! 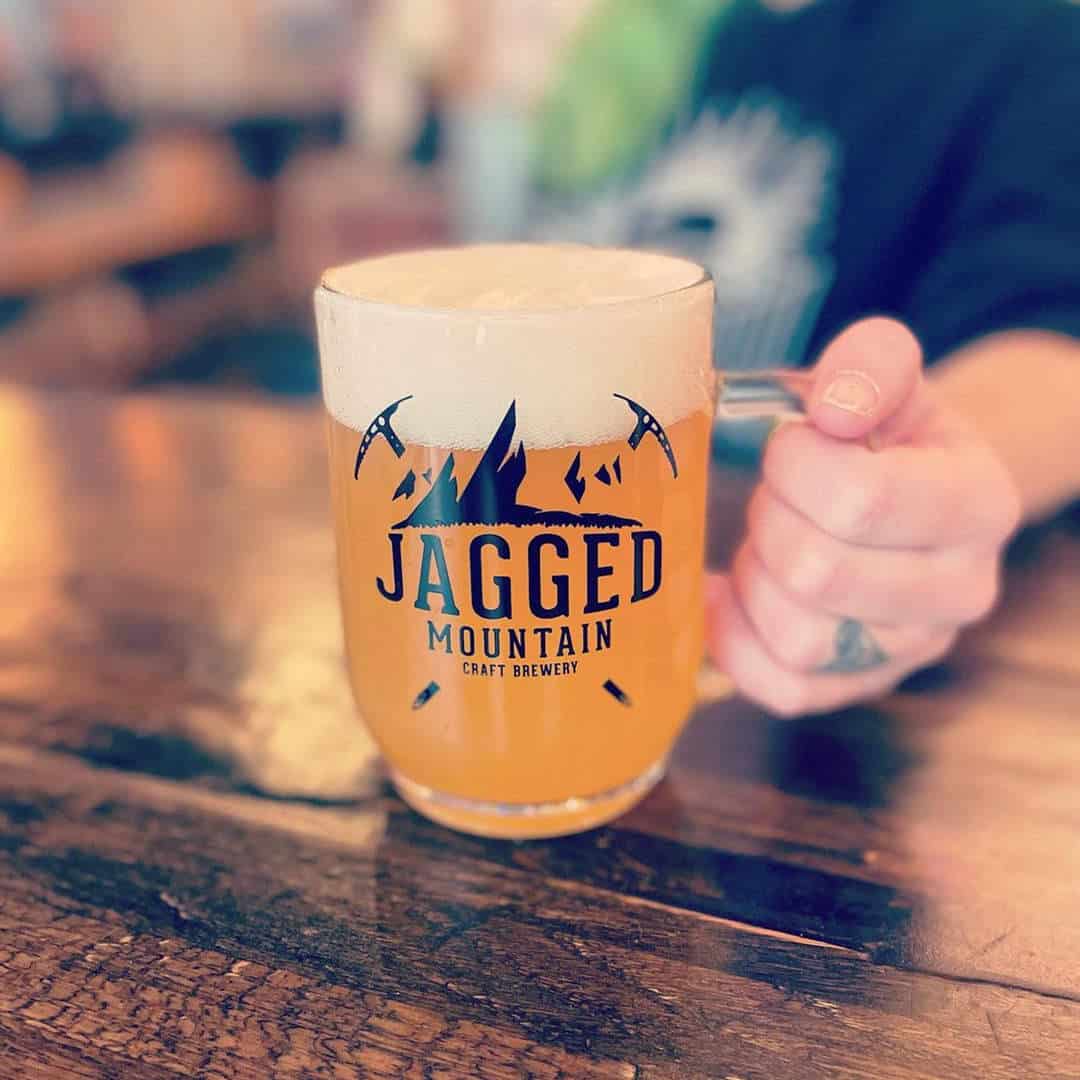 There’s nothing quite like combining things that you are passionate about. Well, that’s what exactly happened with the Jagged Mountain Craft Brewery. It’s a combination of their fascination for the great outdoors and craft beers.

This is the brewery to be if you want great beer and good vibes. Apart from the beer selection, they have fun activities throughout the month. Check out their website for more details. Also, if you have a gluten intolerance, you can enjoy their gluten-free IPAs and Ales. 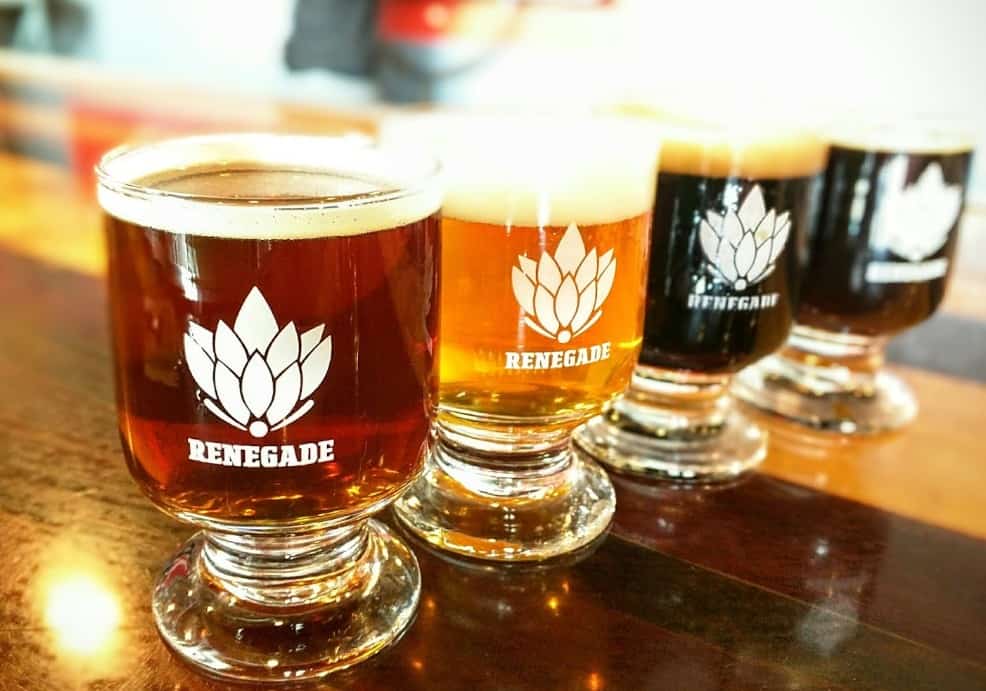 There is no limit to crafting beers at Renegade Brewing Company. Whilst some stick to the more conventional crafting styles and techniques, this brewery does not play by the rules. As long as they craft delectable beers, then they are doing their job well.

You don’t have to worry about getting stale beers from this place. They brew their beers onsite. If you aren’t sure what in-house tap beer to order, opt to build your own flight! This might be a small brewery but its service and beer selection aren’t! 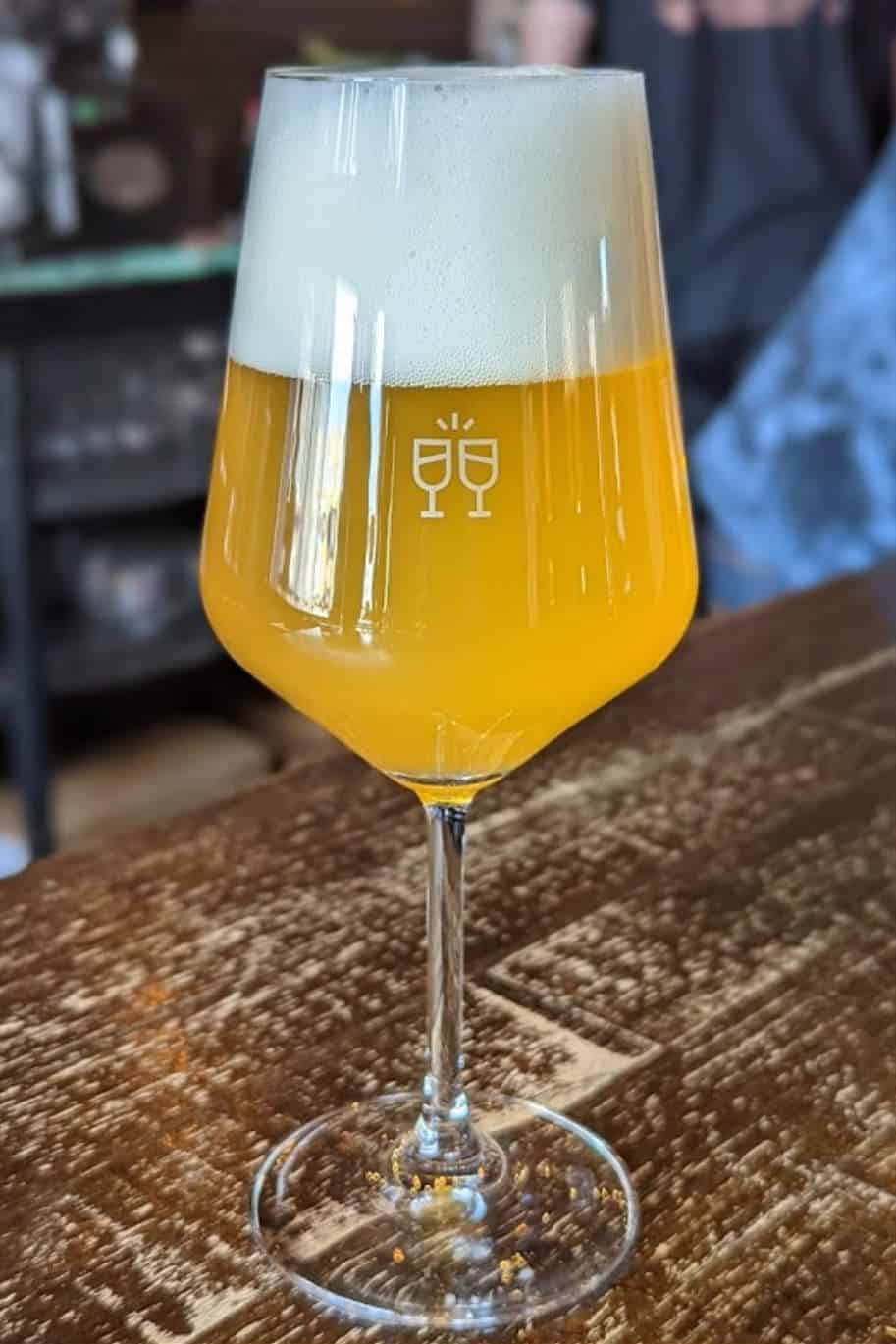 It’s been a decade since Our Mutual Friend opened its door. OMF is not only about crafting traditional beers. They are also not afraid to try new and imaginative styles.

The beers from OMF are made from locally produced and sourced ingredients. Whether you like light, malty, dark, or sour beers, they have something for everyone!

If you’re anywhere near the RiNo area, don’t miss this cool spot. They have a spacious outdoor space perfect for drinking craft beer on a good day. 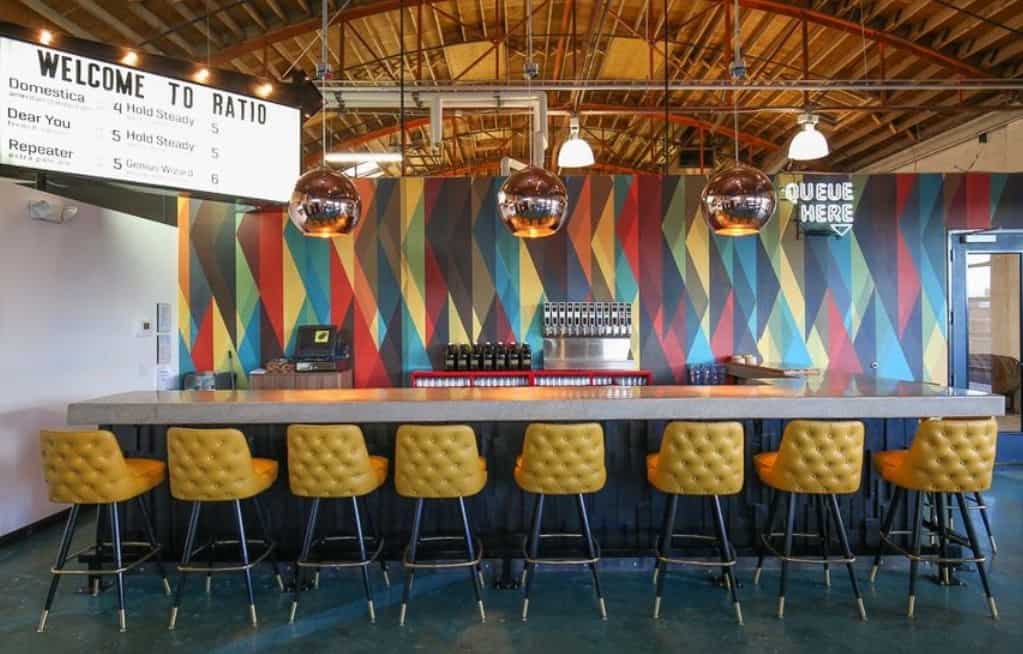 It might be hard to believe but Ratio Beerworks has a punk rock origin. One of its founders, Jason zumBrunnen used to be in a band back in the day and this gave him the opportunity to travel the world. Since retiring from the music scene, he channeled his creative juices in mastering the art of crafting beer.

When they opened Ratio Beerworks, they wanted to focus on their beers and the community.  There will be about a dozen brews available at Ratio Beerworks. However, their beer menu changes. If you want to try something different, go for the King of Carrot Flowers. 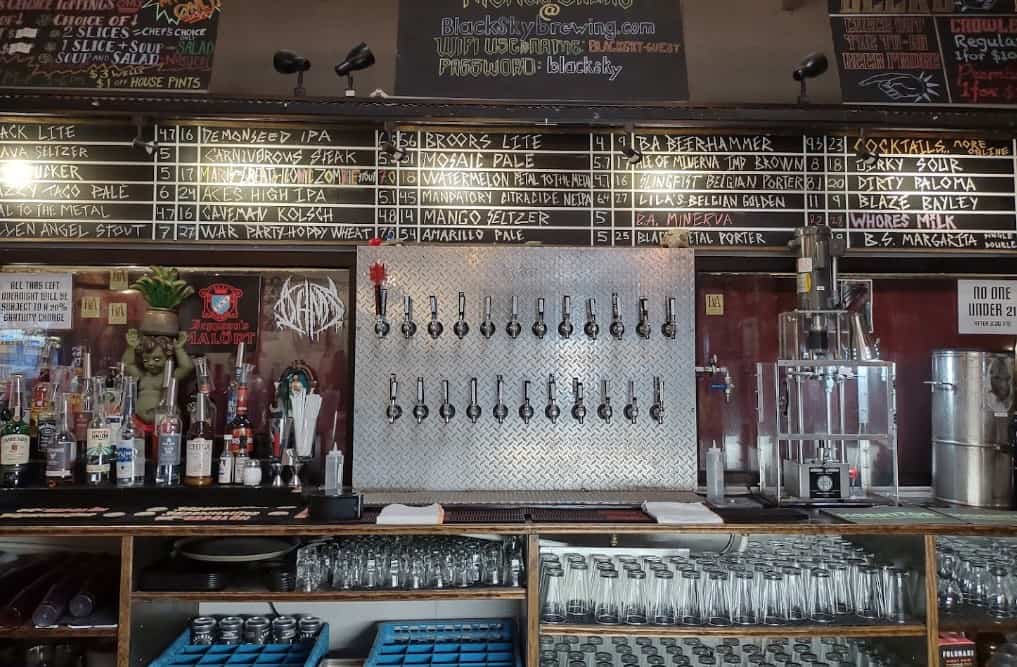 What happens when people with a passion for craft beers join forces? Well, they decide to open a brewery of their own! That’s what happened with the Black Sky Brewery!

Their dedication to this industry is reflected in the original beers that you can find in the brewery. You might find beers you have never heard of before. They have beers made of sweet potatoes, beets, and a whole lot more!

Upon entering the Black Sky Brewery, the vibe and the darkness might intimidate you. However, you will soon discover just how cool everything is. 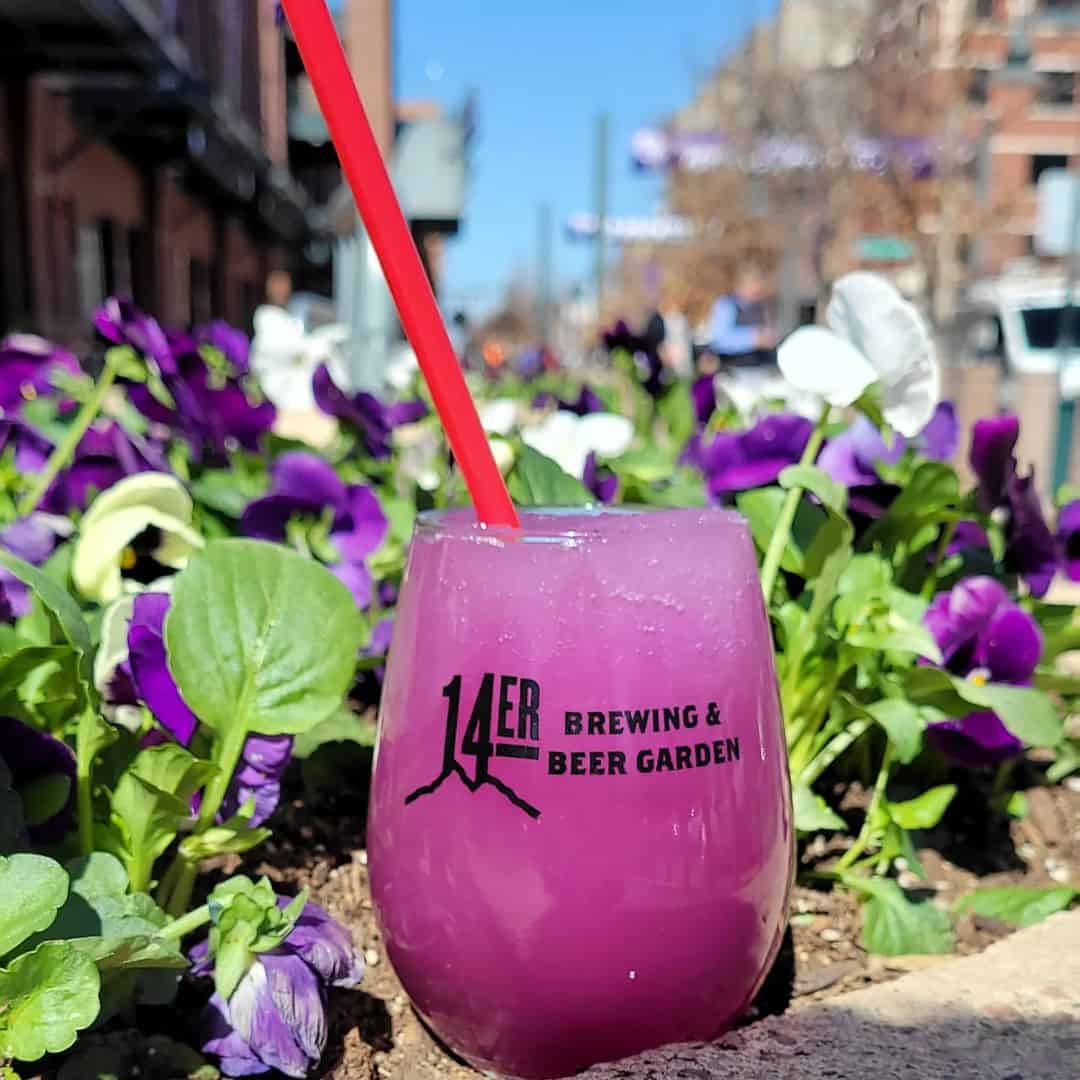 When they were in high school, Nato and Andrew tried brewing their own beer. They carried that interest until they went off to college. They then took the plunge and opened their own brewery, 14er Brewing & Beer Garden.

Their flagship beers like the Long Lager and Key Lime Pie Cream Ale are a must-try. But if you want that and other beers on the menu, you can make your own flight for about $18.00. They have over 30 kinds of beers, so you have a lot of options. 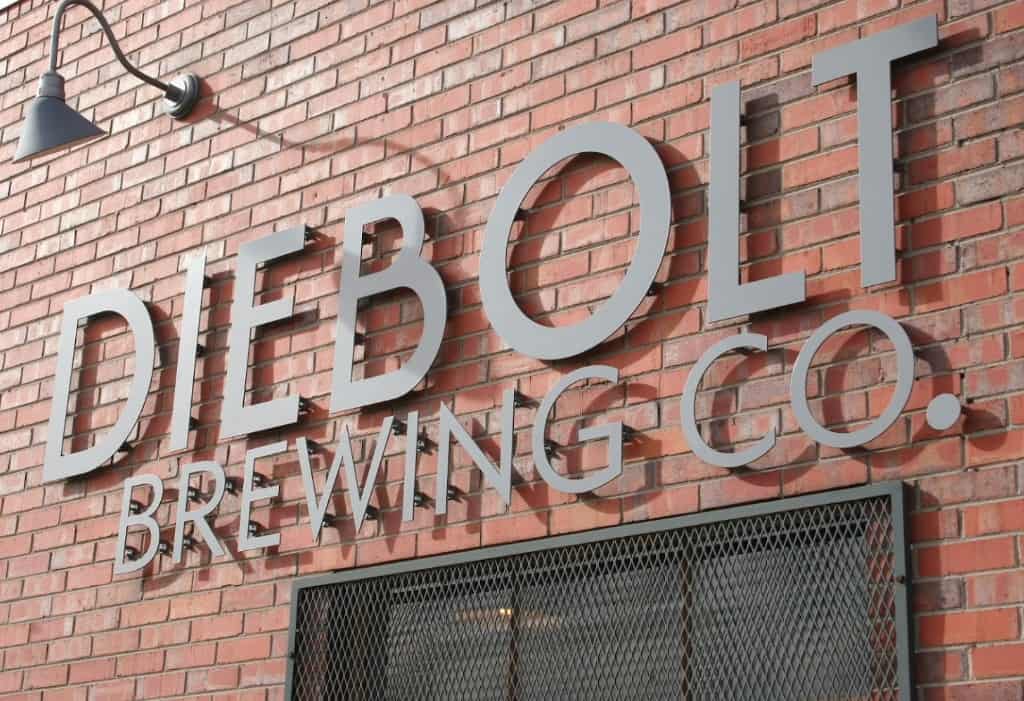 The Diebolt family has found a way to honor their French lineage, and that’s by brewing beer and opening a brewery. You can find beers crafted in French style here, but they also have non-traditional beer offerings.

One of the best things you can do is order a flight and choose a mix of various beers. Perhaps you can try some of their award-winning beers like the Barrel Aged Imperial Stout, Vladislav. 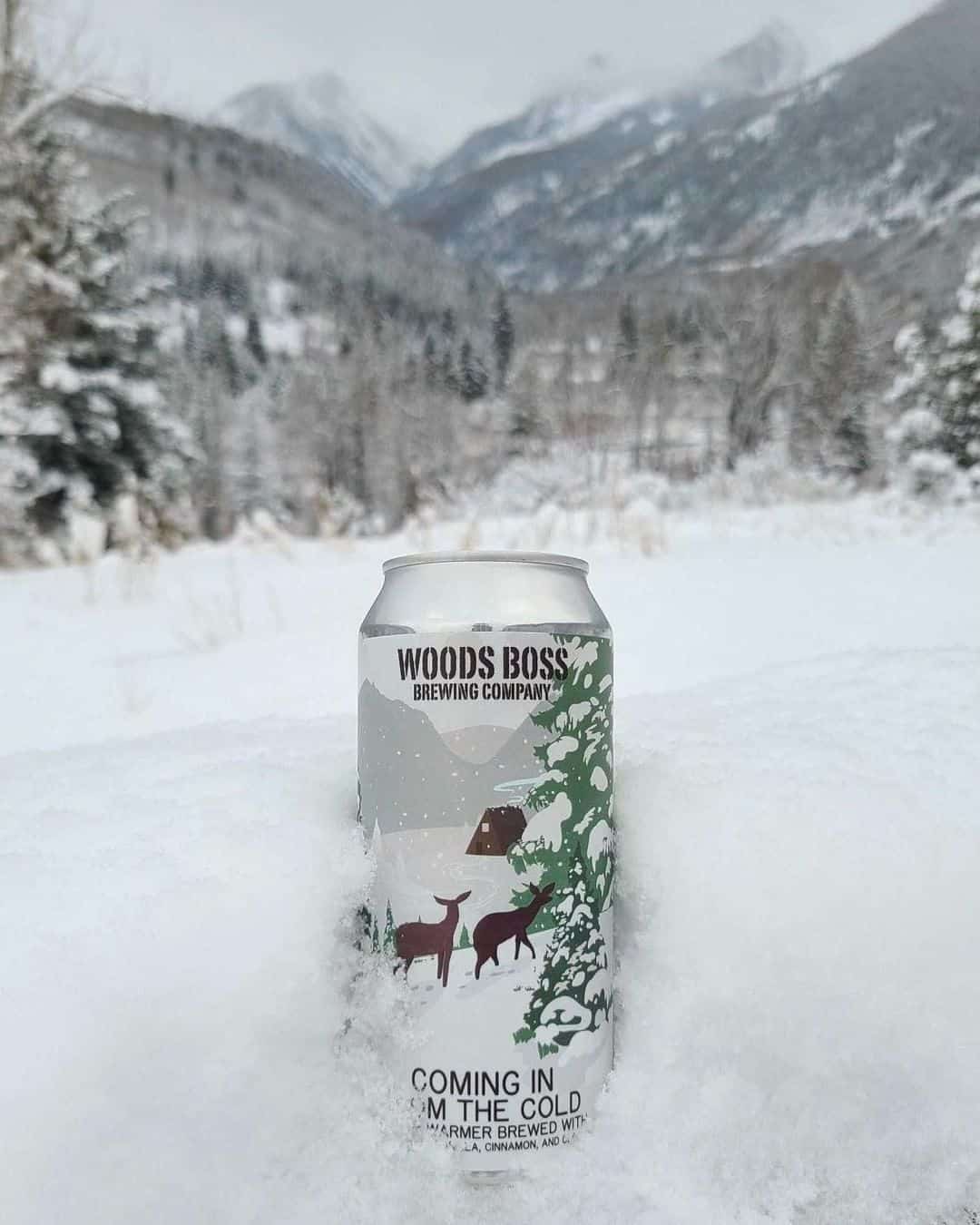 The Woods Boss Brewing Company might have only been around for five years, but it has cemented itself as a great place for beers and live music.

In the brewery taproom, you have about 23 types of craft beers to choose from. There are different beer styles available, including several IPAs. If you follow their social media accounts, you might be able to know about their special beer releases and a lot more!

If you are searching for beers to take home, 12 types of beers are available. 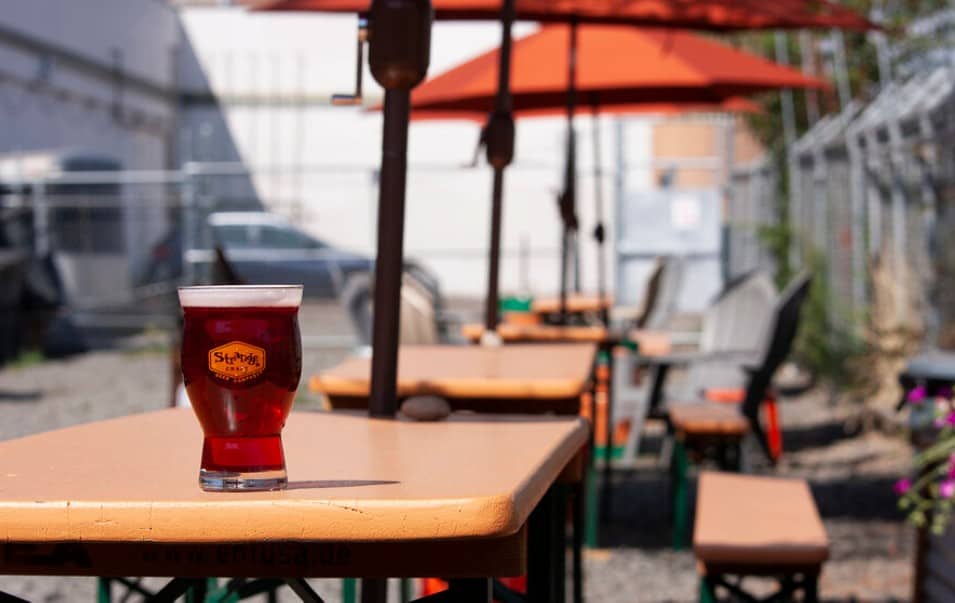 When this microbrewing started its operation over a decade ago, it only brewed one barrel of beer at a given time. While that might sound odd to some, it seemed to work for the Strange Craft Beer Brewery. Their beers have won awards in various competitions, including the gold medal from the World Beer Cup for their Cherry Kriek beer.

If you want to get your money’s worth, their flight consists of 10 beers. Now, that is definitely an amazing way to try what the beers this brewery has to offer. 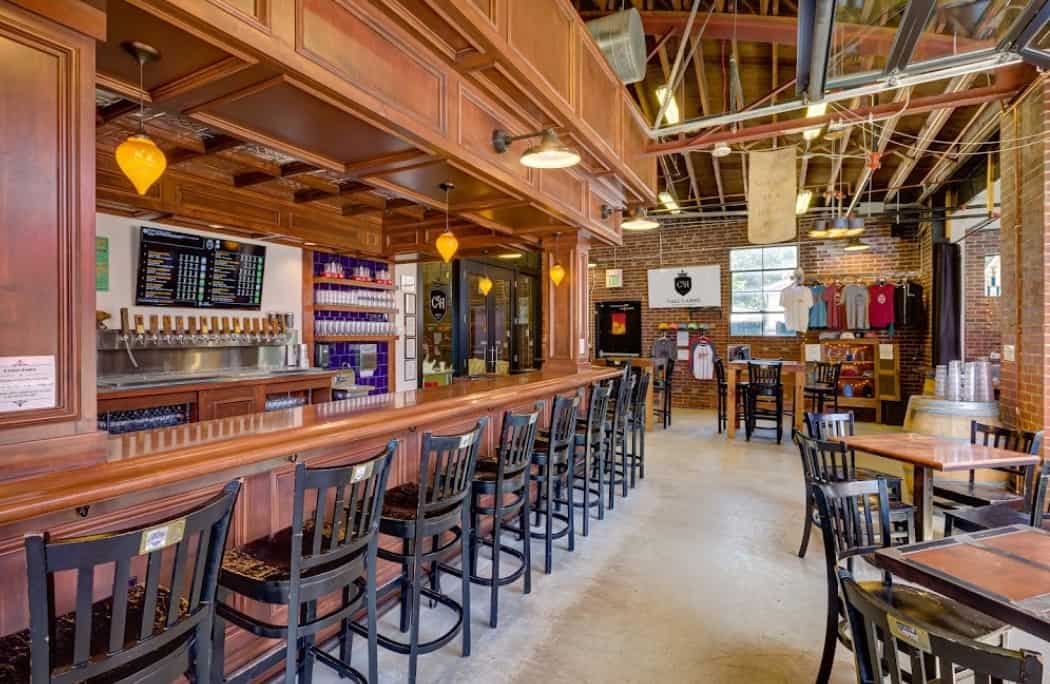 Before opening Call To Arms Brewing Company, its three founders spent years working for a Boulder brewery. Since they were passionate about craft beers and the industry, they ventured on their own. And their risk paid off with their own Denver-based brewery.

You can check their website for the current tap list if you want to know what beers on tap are available. Some of their beers sure have interesting names like the Dark Czech Lager called “Shirtless Putin Catchin’ Rays”.

When it comes to craft beers, the 14 best breweries in Denver, CO continue to make strides. Whether they have been around for ages or only a few years, each brewery offers something special. Whenever you have the chance, a brewery tour is in order!