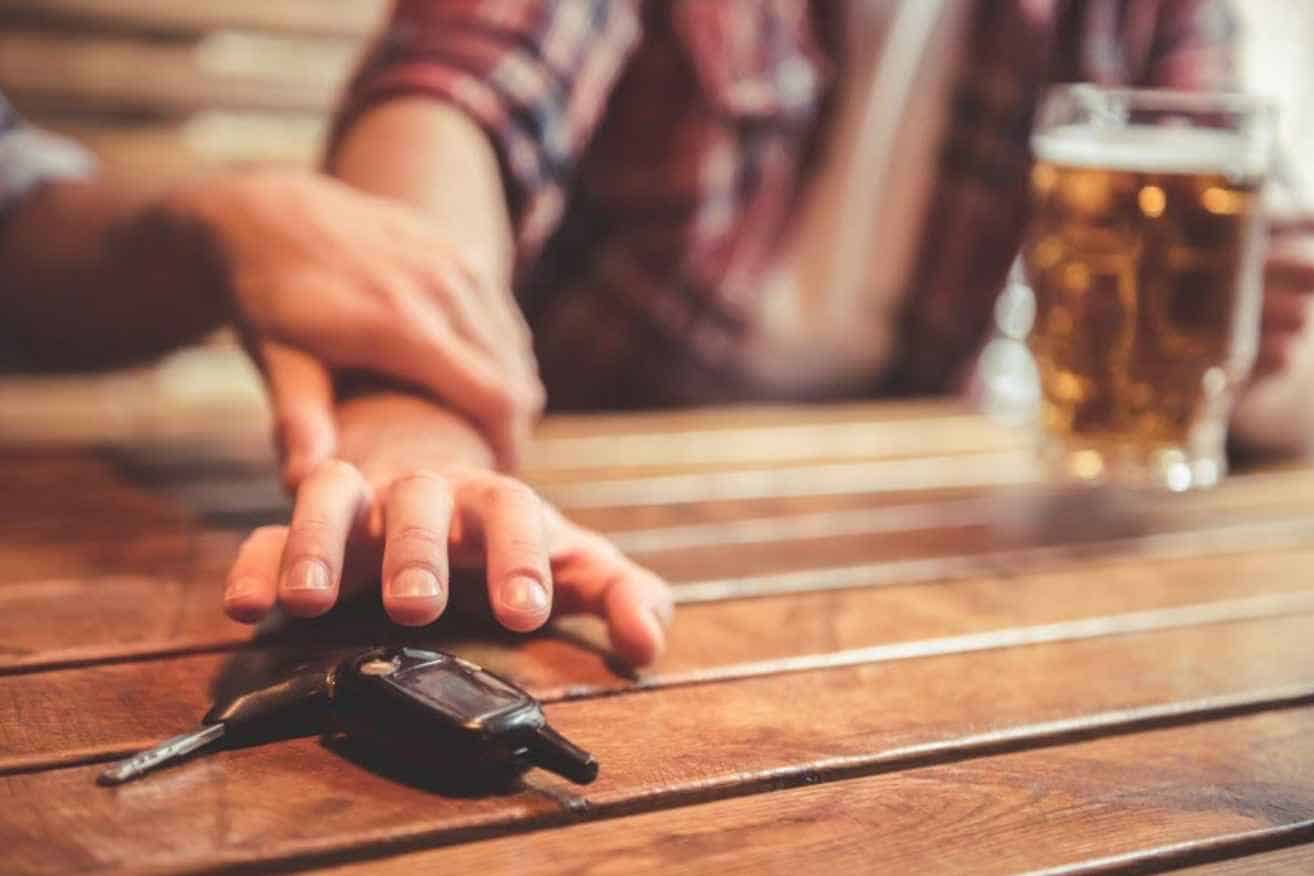 If you’re out and about, there’s always that temptation to drink alcohol. It raises the question,  “Can you drive after one beer?”. Well, before you try to open one bottle, you should know the answer to that all-important query!

If you have drunk even one bottle or can of beer, you have to check yourself and ask if you are in the right state to drive. If you say “no”, then the answer to this resounding question is also a big “no”! Perhaps you can leave the driving to those who are sober.

Some people might argue about this whole thing. They might say it’s perfectly fine to drive after drinking one beer. It is, after all, only one beer, but if you know yourself and your limits, you know what to do when faced with this choice. 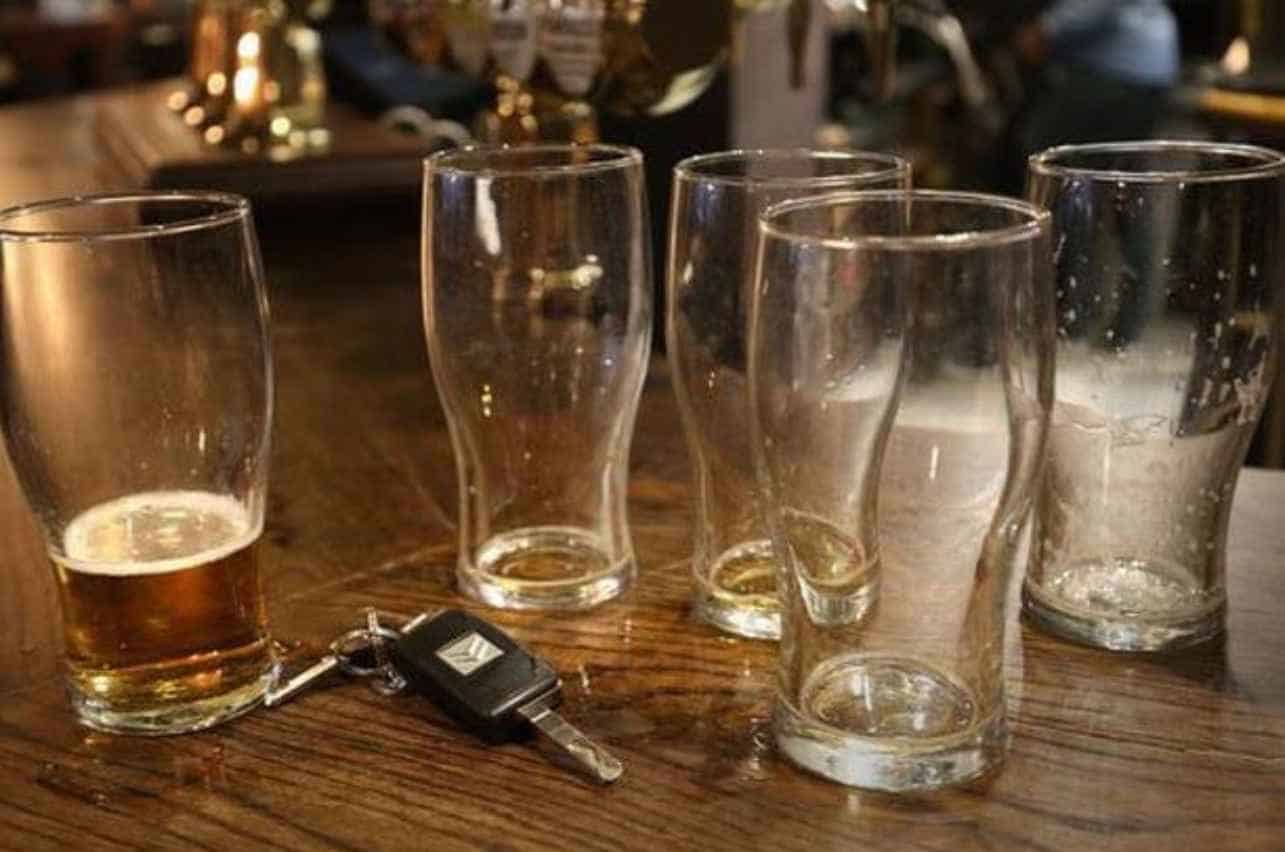 If you are old enough to drink alcoholic beverages like beer, you should be able to understand what happens once alcohol gets into your body.

When alcohol goes through your system, passing through the digestive system and into your blood, the enzymes in your liver start the metabolic mechanism. These enzymes will target the molecules from the alcohol, causing them to break down.

The formulation of Acetaldehyde is the result of this process. This compound will then undergo another conversion process, until it becomes acetate. Once it reaches this stage, it would be easier for the body to get rid of alcohol traces in your system, mainly because it’s transformed into carbon dioxide and water.

What Kind Of Beer Did You Drink? 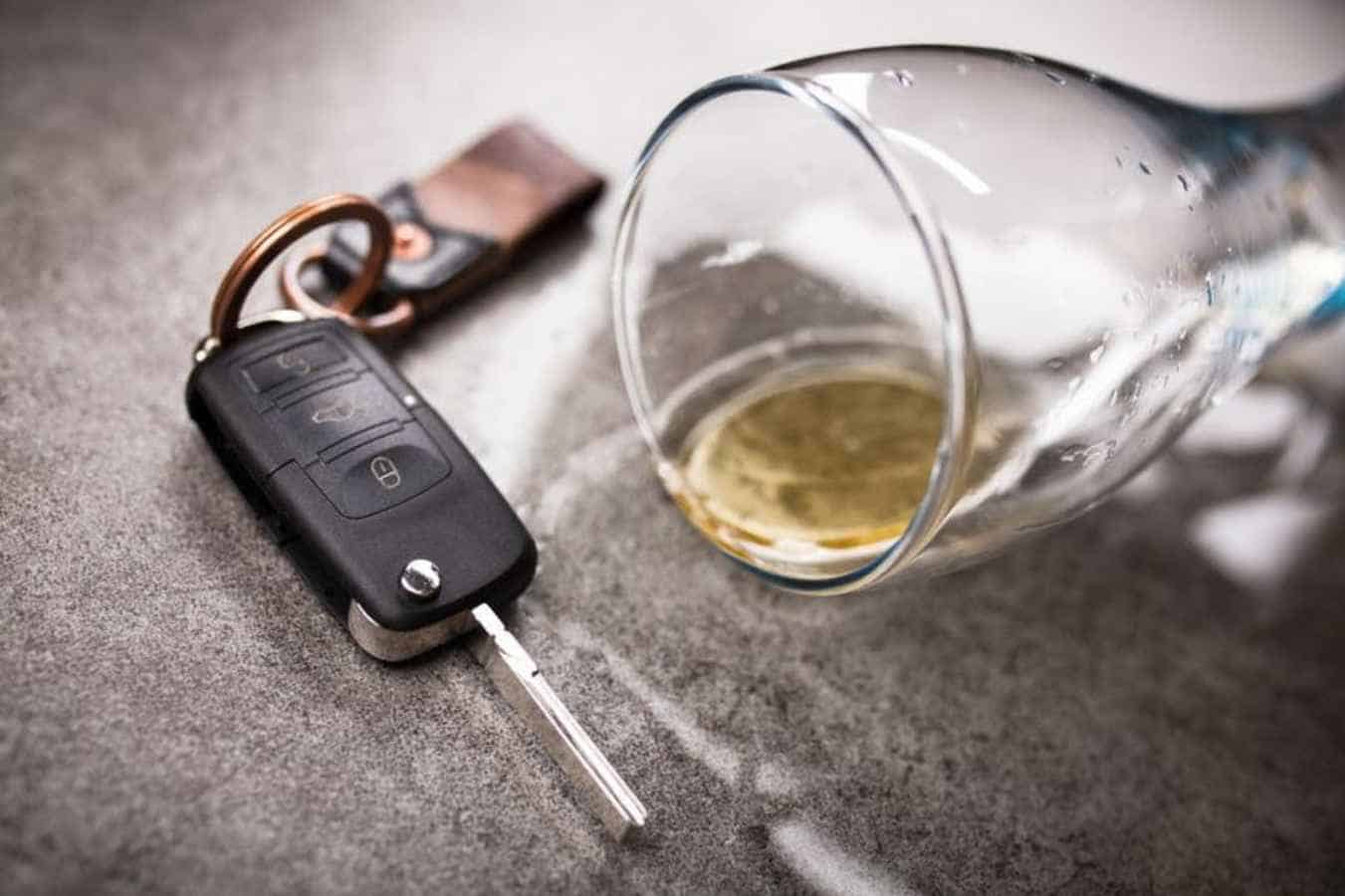 If you are an avid beer drinker, you know not all beers are created equal, especially when referring to their ABV (alcohol by volume). If you are drinking a beer, you should check its ABV. If the beer has a much higher alcohol content, it will take much longer to metabolize in the body.

Even if you only drank one beer, if it happens to contain alcohol at a much higher level, you might not be sober at all to drive. Before taking a swig of that beer, don’t forget to check the label for the ABV percentage.

How Much Do You Weigh?

Your weight also contributes to how fast your body absorbs and eliminates alcohol. If you are drinking with a bunch of people, observe how it’s usually those who weigh less tend to get drunk faster.

While this might not always be true, it’s a common occurrence. The alcohol metabolism of these people seems to be on the slow side as well, leading their bodies to take a longer time to metabolize alcohol.

No matter how little you intend to drink, you shouldn’t do so on an empty stomach. If you have food in your digestive system, it can act as an alcohol barrier. Alcohol won’t easily enter your bloodstream because food blocks it off.

With the food in your stomach absorbing the alcohol, it plays a part in lowering your Blood Alcohol Count or BAC. The body hastens metabolism and eliminates alcohol faster.

How Old Are You? 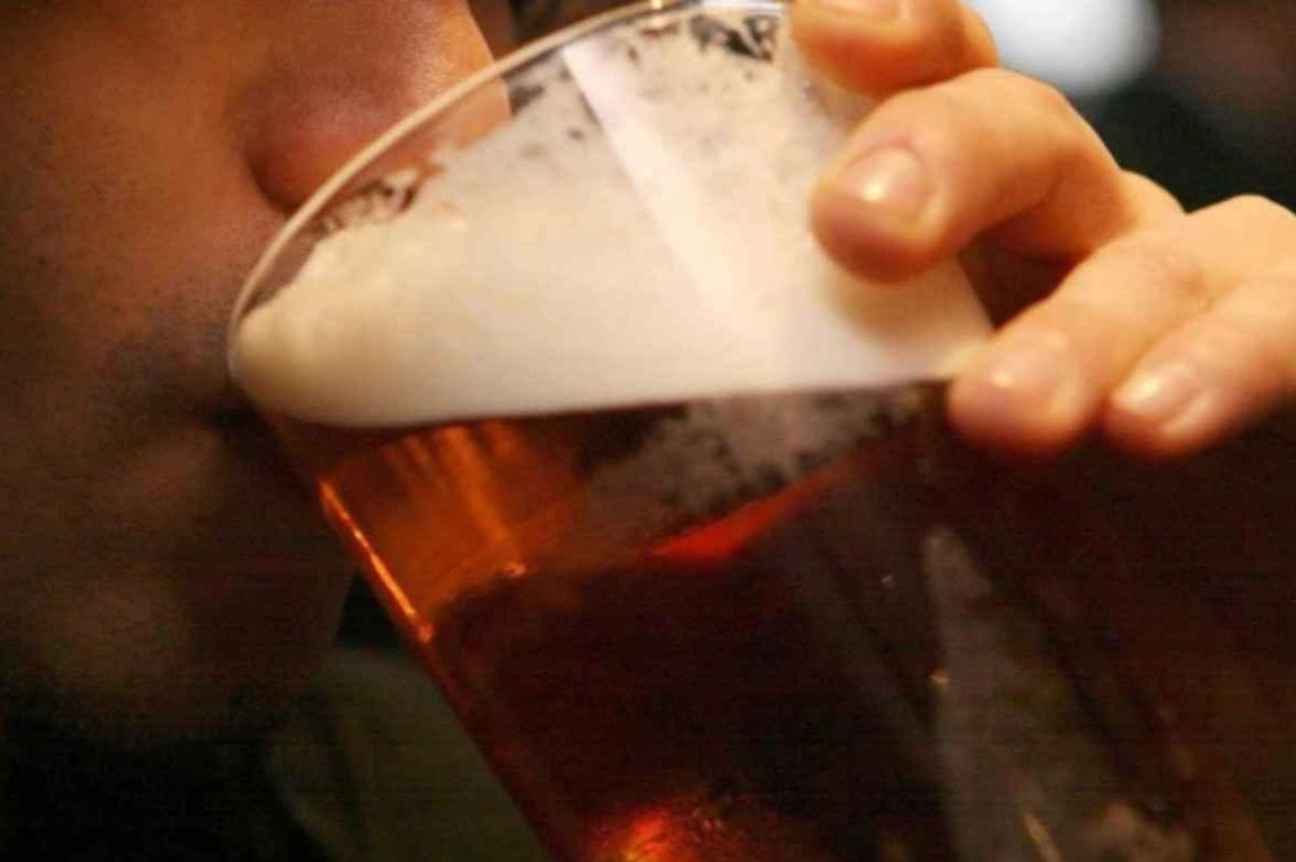 When it comes to drinking alcohol, age is definitely a factor. We are not just talking about the legal drinking age here.

It’s a given that as you grow older, many changes happen in your body. You can observe this as you drink a beer or two. As you age, your body’s ability to metabolize alcohol decreases. It would take longer to flush the alcohol out, leaving you with a much higher BAC.

You should also be aware of the more serious threats of alcohol to your health as you mature.

How Long Did It Take You To Drink One Beer?

If you drink your beer at a much faster pace, don’t be surprised if you get drunk easily. It takes your body some time to metabolize alcohol, so if you keep doing this, then that leaves you even more intoxicated.

You should know how to pace yourself and take it easy when drinking. If you have plans of sobering up, you need to give your body the time to metabolize the alcohol. Even if you don’t feel drunk, you can’t just hop in a vehicle and drive after chugging a beer.

Are You Taking Anything Else?

If you are taking some medications, prescription or otherwise, you might want to lay off from drinking beer. The alcohol in your beer might interfere with whatever medicine you take. This mix-up would then affect the metabolism of alcohol in the body. If you want to be on the safe side, check in with a professional before any drinking session.

What’s Up With The One Hour Rule?

Are you familiar with what they call the “One Hour Rule”? If you don’t know what this rule is all about, it has something to do with drinking only one drink per hour and making sure that your BAC falls just around 0.08%.

There are different opinions surrounding this rule. Some people aren’t too keen on following it because various factors affect your alcohol metabolism. It is why it’s essential to learn about this before taking that first sip of beer.

If you do decide to adhere to this kind of rule, you should know what you are drinking and how your body usually metabolizes alcohol.

Even if you only drink one beer within an hour, it doesn’t guarantee that your body would metabolize the alcohol by then and your BAC falls within the legal range.

Drinking Beer: What Happens Next? 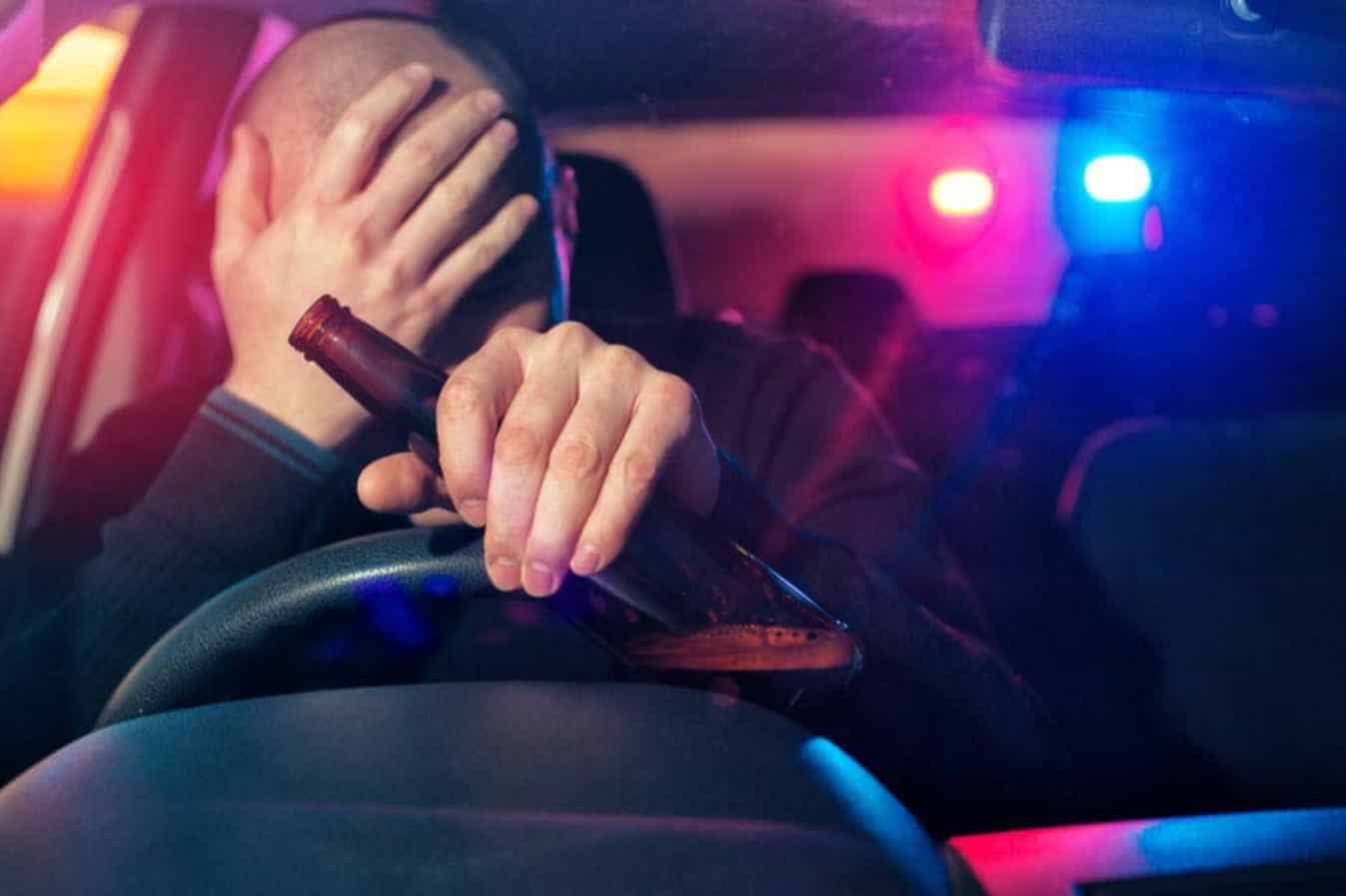 No matter how much beer you have drunk, you will feel some aftereffects one way or the other. After getting intoxicated, if you feel any of these changes, it’s a tell-tale sign that you should not even attempt to drive.

The impairment of the neurotransmitters is one of the many effects of alcohol. This leads you to lose control of some of your bodily actions including your balance and motor skills. If you’re intoxicated, you might not even be able to walk straight, let alone do other things like driving.

It’s never a good idea to get into a car and drive if you have poor vision. Even if you have 20-20 vision, if you happen to get drunk, that’s a no-go. How will you be able to see things clearly, especially the ones on the road?

There might be incoming cars, signs, people, and some other stuff out there that your fuzzy vision might not be able to see.

Your ability to make sound judgments is affected by alcohol. As you get drunker and drunker, you might make impetuous decisions that won’t work in your favor. You might think you are capable of driving, but that’s probably not the case.

If you end up drunk driving, your concentration is not 100%. It becomes a problem, especially if you have to make important decisions while you drive.

Driving Hazards: What Are The Risks When Driving After Drinking Beer? 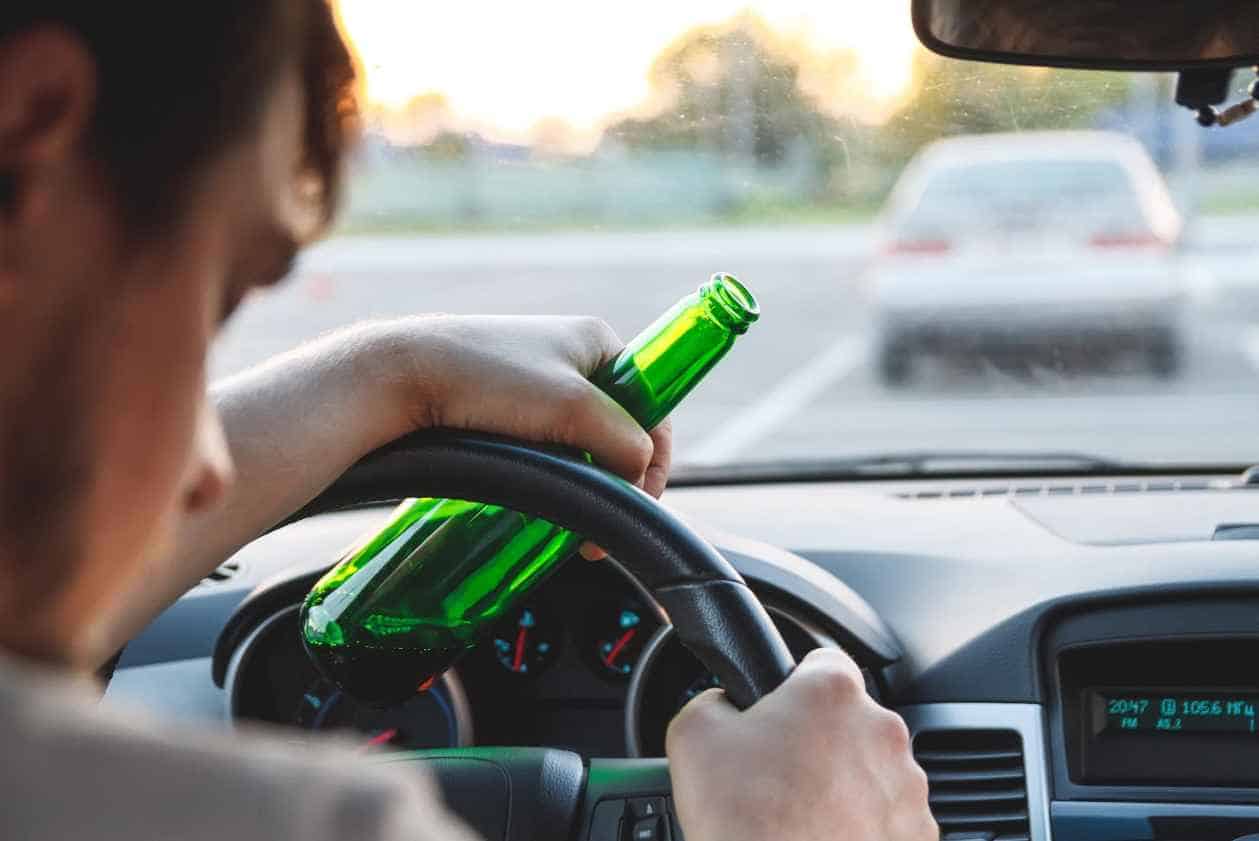 Every single time you drink, there are risks that come along with it. Some of the biggest risks involve driving while drunk. Drunk driving is such a serious matter that you should not disregard it at all. If you are in this situation, know that lives are on the line, including your own.

Thousands of people die from drunk-driving related incidents around the world. In the United States, for example, over 11,000 fatal accidents are related to alcohol impairment.

Once you start feeling the physiological effects of alcohol, take it as a sign to not take the wheel and drive. If your BAC is between 0.05 to 0.08%, alcohol impairment is more noticeable. Depending on where you are, this is the usual range for the legal limit of driving in most countries.

If you drink, drive and meet an accident, you won’t only find yourself at the back of an ambulance but also have to face legal charges after. Your irresponsible actions would even be more dreadful if other people are involved. Why put yourself in such a difficult situation? You can avoid all that by choosing not to drive after drinking.

Drink One Beer But Be Responsible

Drinking is not just all about enjoying yourself. It’s also about being responsible at all times. You owe it to yourself and to others. Even if you think you can manage to drive after one beer, the best course of action is to stay away from your car and get someone sober to drive you.