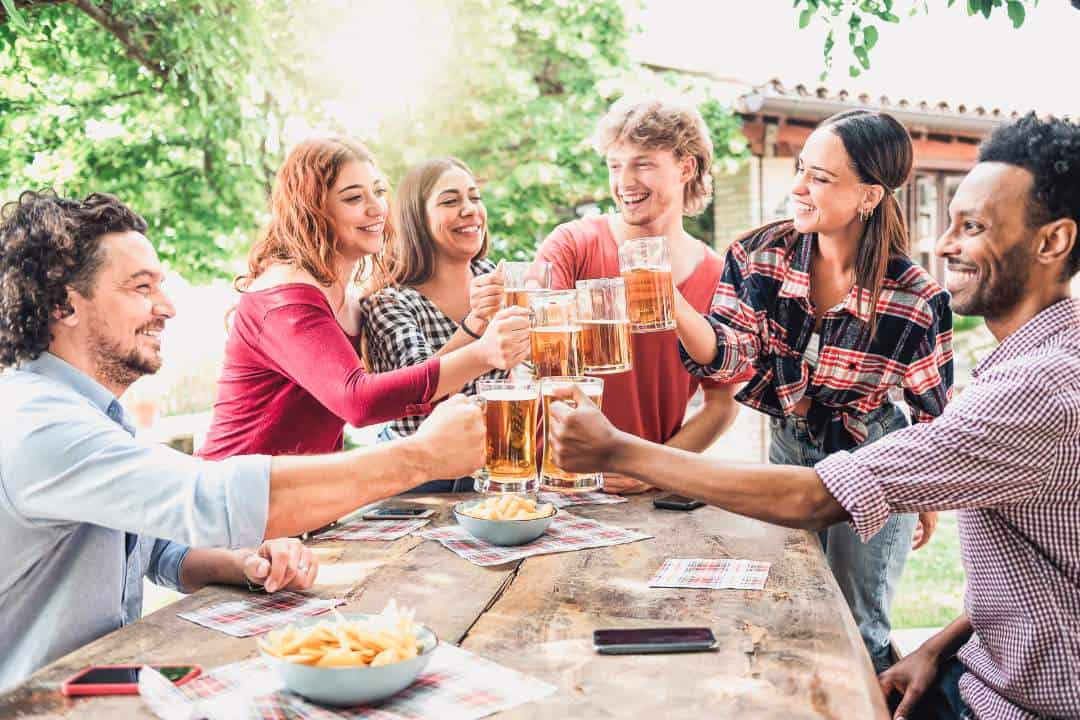 Seattle sits on approximately 83.99 sq mi of land in Washington State. Due to its area size, you won’t run out of breweries where they craft beer that you can choose from, with each one having its distinct taste. Check out our list of the top 13 best breweries in Seattle, WA.

Established in 2009, Fremont Brewing is a family-owned brewery which produces craft beers made from locally sourced ingredients. Their beers are crafted at their state-of-the-art facility down the road from Urban Garden, where their tasting rooms are. If you ever need to visit this brewery, you may do so during their daily working hours, which are 11 am to 9 pm.

Craft beers from this brewery are undoubtedly unique since they offer a collection for every occasion possible. They have the Year Round Collection, Barrel Aged Series, Special Releases, and Collaborations, to name a few. 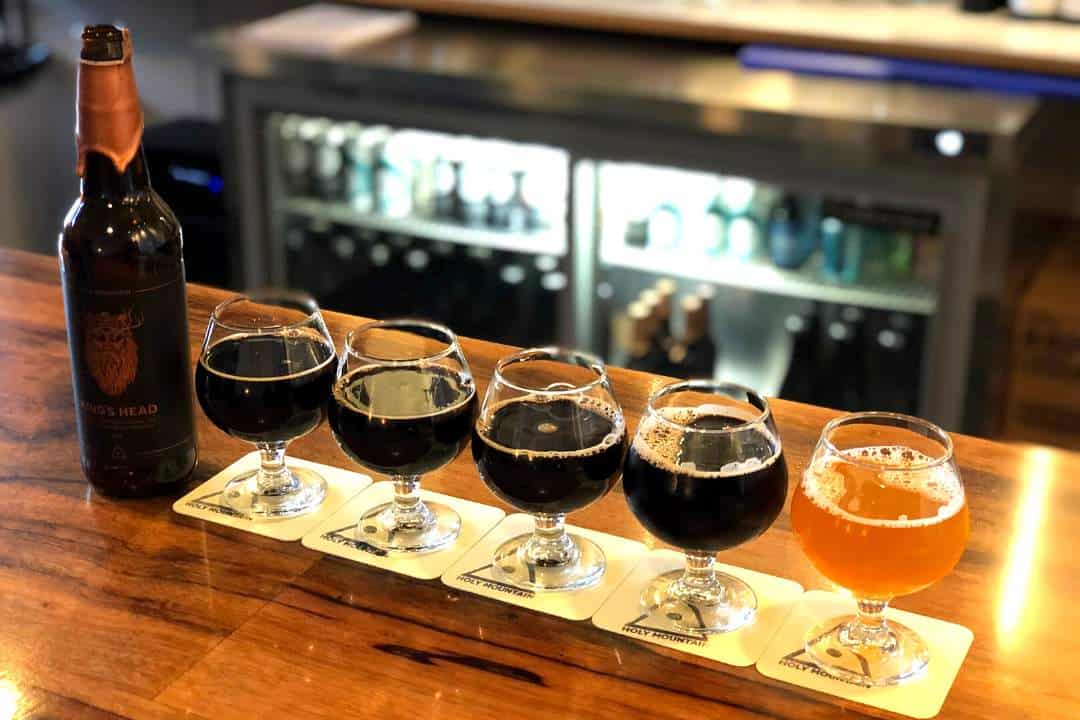 The next brewery on our list is called Holy Mountain Brewing. Located on Elliot Avenue, visit their Taproom and Beer Garden, which offers more than 10 different brews daily, ranging from 4 to 8% ABV. They close early from Sundays to Thursdays but extend on Fridays and Saturdays for more time to enjoy their craft beers.

They also offer their beers for pickup or shipping for Washington State only. They provide a separate link for their online shop, which you can find here. Their online shop doesn’t only feature their craft beers in cans, but they also sell bottles and merchandise.

Best to try: The White Lodge, Demonteller, The Goat, The Seer, Black Beer, The Ox

Suppose you’re looking for a brewery that’s genuinely dedicated to the art of crafting beer. In that case, you should definitely check out Optimism Brewing Company in Broadway, Seattle.

From the name itself, this brewery aims to overcome challenges on a positive note and continue to craft beer for as long as it can. It was established in 2013 by a married couple, Troy Hakala and Gay Gilmore.

Their brewery offers 15 craft beers on tap that their patrons can enjoy every day from 12 pm onwards. One of their main goals is to make beers for every type of person out there.

Come and enjoy a wonderful time with the next brewery on our list, Stoup Brewing. This brewery offers ample outdoor space to sit down and relax with a glass of beer in your hand. They also offer reservations for events with more than 20 people. You can come and visit them daily from 12 noon onwards.

Aside from their heartwarming setup, customers will surely appreciate their wide range of craft beers. Their daily on-the-tap has more than 15 craft beer variations like the German Style Pilsner, Whiskers Out Export Stout, Mosaic Pale Ale, Please & Thank You IPA, and Robust Porter.

With an impressive portfolio of more than 200 craft brew variations made in 2020 alone, Reuben’s Brews is here to add color to our list. This brewery is considered one of the best in Seattle, and there’s no questioning why.

If you want to check out this brewery and see the magic for yourself, their taproom is open daily for walk-ins from 11 am to 10 pm. For private events, you can book a reservation at The Barrel House. They also offer an educational tour of The Canning Line, which features how their beers are canned.

The next brewery on our list also has a restaurant mixed in their area, which makes them an excellent visiting spot for most people. Old Stove Brewing is open daily from 11 am to 9 pm, where you can enjoy beer and good food simultaneously. They’re also located near the scenic plaza where you can enjoy a good view. You’ll indeed have a great relaxing time here.

This brewery offers more than 20 different craft beers that customers can choose from. Some of their notable beers are the Amber Waves, Two Pronged Crown IPA, and the Blitz Fire Brown.

Over here, we have a cosy brewery located at 52nd street called Urban Family Brewing. This brewery is a great spot where you and your family or friends can enjoy a casual time enjoying craft beers of different sorts. Their taproom is open daily from 12 noon to 10 in the evening.

Reservations aren’t necessary, even if you come in large groups, because the brewery is first come, first served. They offer more than 15 different craft beers on tap. What customers love about their beers is the creative names such as No Billboards In Space, and We’re Going To Be Friends.

Are you a big fan of beer memorabilia? Come and check out the home of an extensive beer memorabilia collection here at Pike Brewing Company. The area boasts three facilities: Pike Brewing, Pike Pub, and Pike Fish Bar. This pub can cater to your needs if you’re planning a significant event of up to 450 guests.

Since its establishment in 1989, Pike Brewing Company has been known to produce some of the finest beers in Seattle, like Post Alley Pils and Cloudy Day – Fresh Hop Talus. You can visit them any day as they are open from 11 am to 9 pm.

Located in the heart of Old Ballard, Cloudburst Brewing has some beers waiting for you to take a sip. Sitting on a 100-year-old garage at Shilshole Avenue, this beer garden and canned beer stand offers 11 beers on tap and 9 beers to go for all of their customers. They also have a canned beer to-go stand at 2116 Western Ave if you’re looking for someplace near you.

Suppose you’re looking for a brewery that caters to gluten-free enthusiasts like yourself. In that case, Ghostfish Brewing Company is the one you’re looking for. Home to award-winning gluten-free beers, this brewery boasts of its organic selection of gluten-free ingredients. They offer in-house tasting, to-go, or delivery for all their customers all over Washington State.

Experience the authentic vibe a simple garage brewery can give with the Rooftop Brewing Company. Starting as a small garage tasting room in an alley behind 7-11, this brewery now has a large following and a safe space where people can enjoy quality beers and good food. They are open every day.

Enjoy a great time with your friends with a scenic view of Lake Washington Ship Canal on the rooftop taproom. They also have ample space outside for food trucks that differ every day of the week. This brewery believes that people and place are what make quality beers.

Are you a big fan of cask-conditioned ales? We recommend Machine House Brewery for you. Established in 2013, this brewery offers quality beers on any day of the week. Their Georgetown neighborhood-based brewery and tasting room can also hold any private event of fewer than 50 people for those interested.

Their taproom offers different drinks from their own ales, like the Tettnang Extra Pale Ale and American Accent Pale Ale, to local Washington breweries’ draft beers and ciders. It’s also a big plus that kids and dogs are allowed inside, and you can even bring food for your group to enjoy.

That’s it; we are now done with our list of the top 13 best breweries in Seattle, WA. We hope you were able to pick out several breweries to visit from our list and keep our various beer recommendations in mind for what you should drink once you get there.