Are you looking for an alternative to soda or liquor? Consider birch beer or root beer. These two beverages share several similarities, including their herbal flavors. This article explores the battle of birch beer vs. root beer. Read on to know which one suits your palate.

Birch beer and root beer makers wanted these drinks to be medicinal. They turned to plant sap and roots to create healing teas and syrups. These “beers”, despite their names, aren’t beers. They aren’t alcoholic beverages, either. However, the similarities end there.

The following reveals the differences in these drinks’ origins.

Birch beer is a homemade wonder that started in the 1700s. In his book, Agriculturalist and writer John Mortimer revealed that poor settlers created birch beer.

They boiled a combination of birch beer and refined sugar. The drink’s distinct taste comes from the yeast added towards the end of the process.

Root beer’s origins trace back to 1876. Charles Elmer, an American pharmacist, sold this root tea in his pharmacy. He marketed it as a “cure-all” for many diseases during that time. He changed the name from “root tea” to “root beer” since it appealed better to workers. 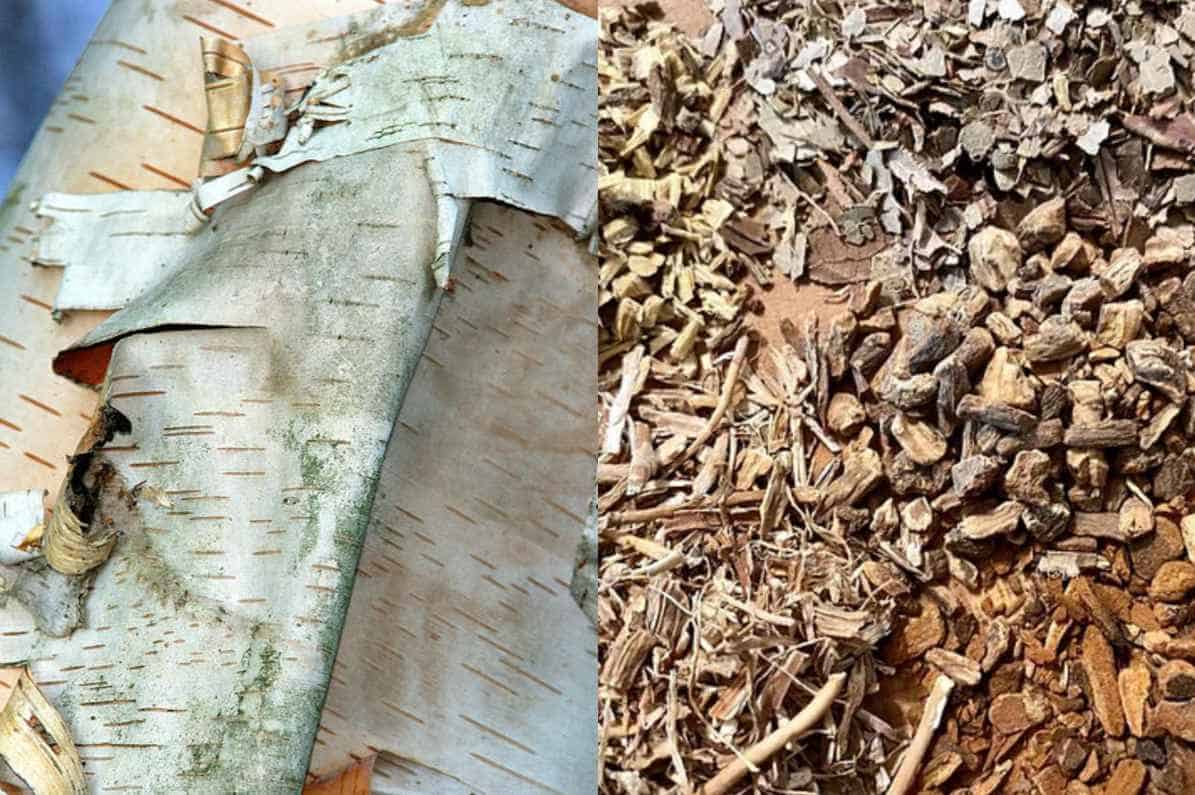 Birch beer and root beer may have similar characteristics. But, the essential ingredients used to make them are very different. Birch beer, as the name implies, comes from birch bark. Initially, brewers tapped the birch plant to get sap.

Meanwhile, root beer originates from the sassafras root. The original recipe for this beverage also includes anise, molasses, ginger, cloves, honey, cinnamon, and licorice. At present, root beer factories use artificial flavorings. This change is because scientists found that the sassafras root can be carcinogenic.

Brewing birch beer requires boiling birch oil extracted from the bark. Then, brewers produce syrup by cooking sugar and water. Molasses and brown sugar provide the color of the birch beer. It also gives it a faint caramel flavor. They also add star anise, crushed ginger, and vanilla bean to enhance the taste.

To make root beer, brewers boil the sassafras and sarsaparilla roots. They add vanilla bean seeds, sugar, and water. Then, they add seltzer water to give a delightful fizz.

Differences in Flavor and Appearance

Some drinkers may confuse birch beer and root beer. It’s no surprise since these two drinks have similar flavors and colors. However, they have some recognizable differences. 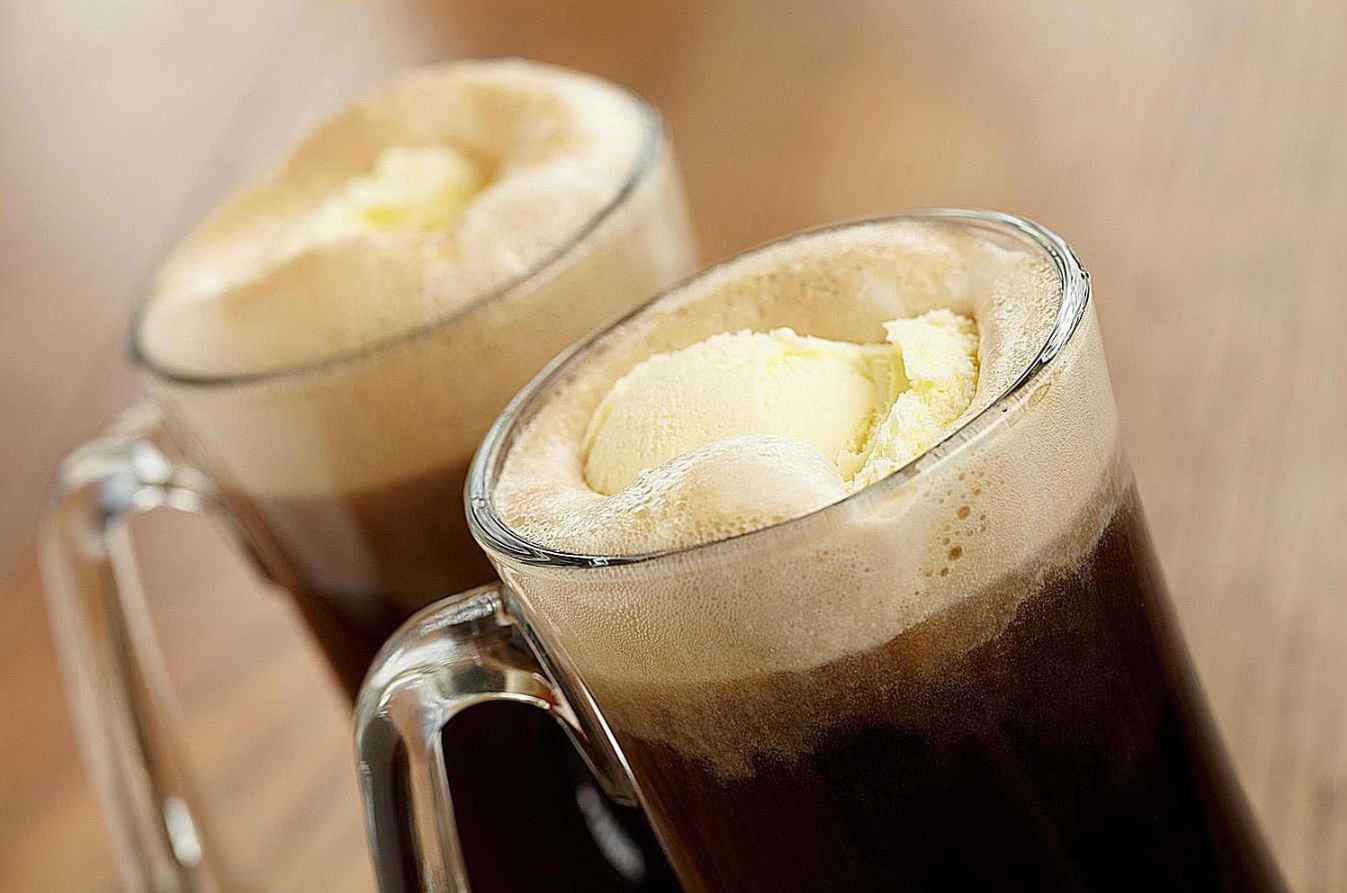 Birch beer has a minty flavor similar to wintergreen. It also has creamy, sweet, and earthy undertones. You may also taste peppery hints. The overall taste varies depending on what spices it contains. It can have flavors of vanilla, cloves, cinnamon, or nutmeg.

Generally, root beer is sweet and caramelly. Some commercial brands are slightly acidic. This delicate sourness adds character to the drink. This drink has a wide array of flavor notes, including vanilla, honey, and nutmeg.

Birch beer is lighter and less sweet than root beer, making it more refreshing. Root beer is on the sweeter side. You can also taste hints of birch bark in root beer. It is because some brewers use it to make root beer.

Birch beer may be less sugary but has a more complex flavor. Root beer tastes more artificial because of the unnatural ingredients used by modern manufacturers.

These two beverages are both carbonated drinks. However, root beer tends to be foamier than birch beer. These differences are due to root beer’s longer fermentation process. 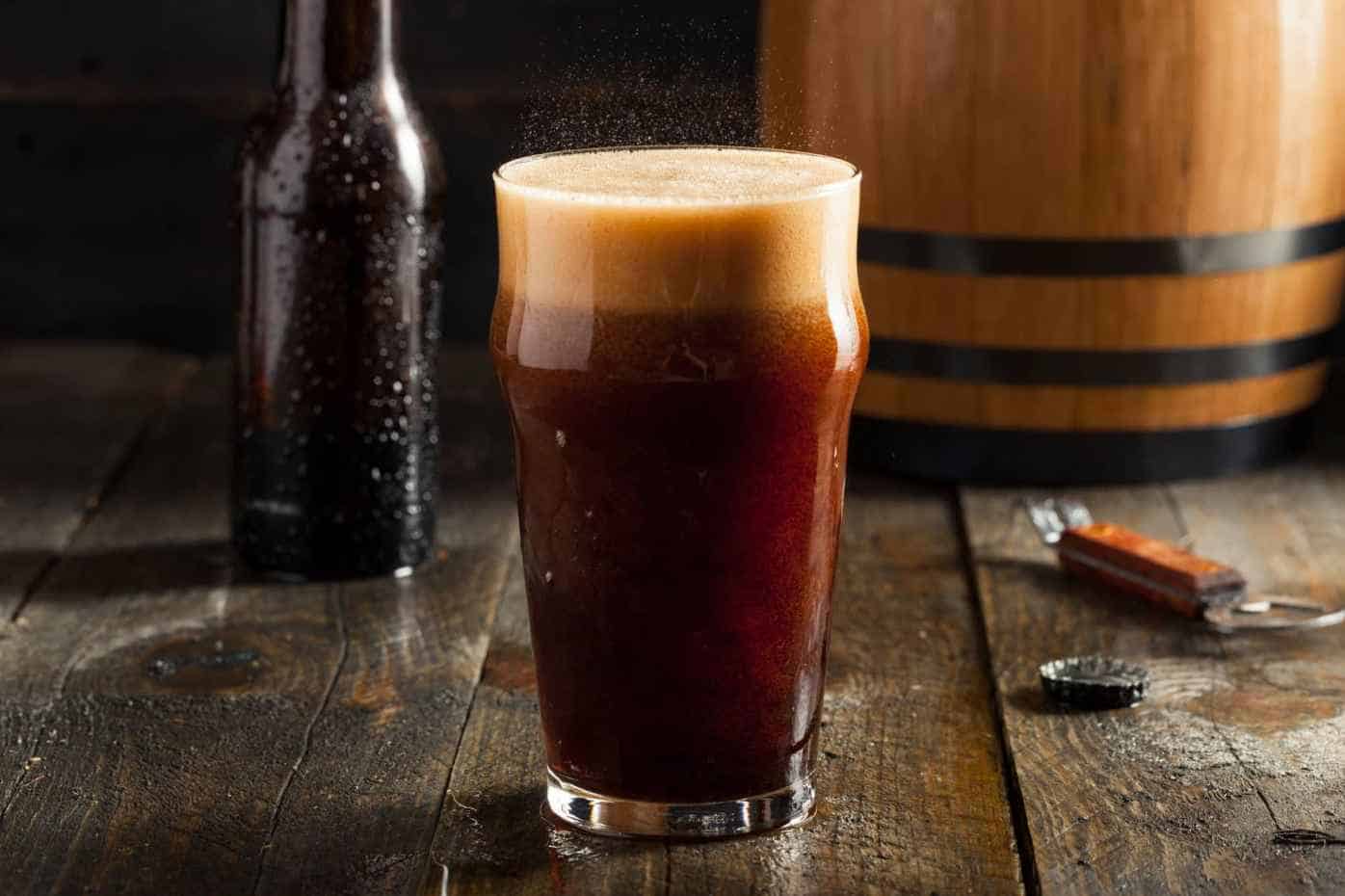 Birch beer may have the word “beer” in it, but it contains no alcohol. However, some modern brewers are already making alcoholic versions. They ferment the mixture using ale yeast. Ethanol is produced when yeast breaks down carbohydrates. The result is a crisp and refreshing beverage.

Old-fashioned root beer has around 2% alcohol. Most commercially-prepared versions have zero alcohol in them. However, some brewers created root beers with ABVs from 5% to 10.5%.

Brown is root beer’s most popular color. However, you can also find orange and red variants. Some manufacturers add some chocolate or black malt to enhance colors and flavors.

Birch beer and root beer are tasty drinks. But can you enjoy them the same way? Read on to find out.

Can consumers have birch beer anywhere in the world? Unfortunately, no. You can find this drink mainly in the Northeastern United States. Birth beer manufacturing plants are primarily found in Pennsylvania. However, some businesses distribute this beverage in England and Canada.

Root beer, especially commercially prepared variants, is more widely available. You can buy popular brands in the US, UK, and Australia. Additionally, some Asian countries sell this drink in grocery stores and restaurants. It’s a more mainstream beverage than birch beer. 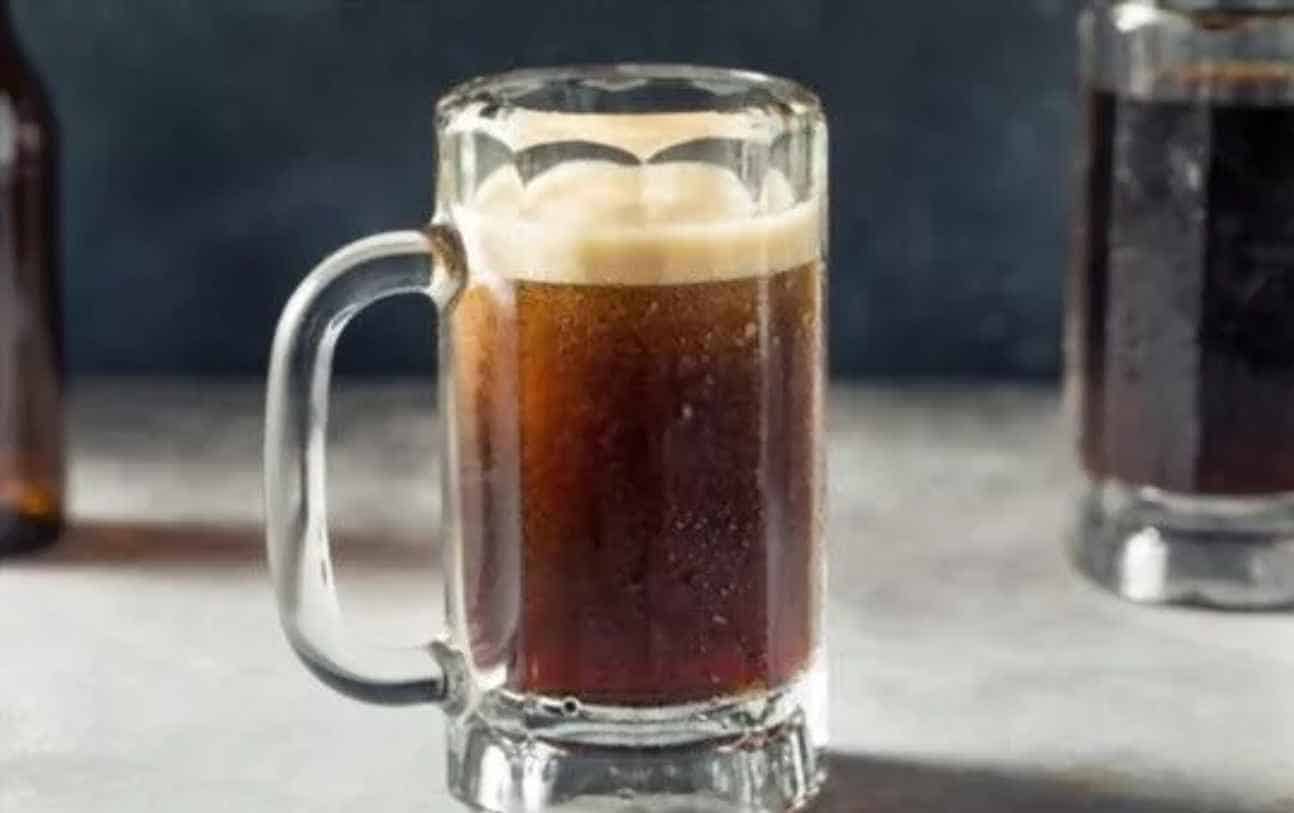 You can use birch beer in making cocktails. You can mix it with gin and lemon juice to make a refreshing drink. Another use for this drink is for desserts. An excellent suggestion is to make granita with vanilla whipped cream. The result is a sweet and creamy ending to a meal.

Root beer is famous for floats. It’s a simple concoction of rootbeer topped with a scoop of ice cream. Creative cooks have also used root beer to make pastries. Some of these desserts include puddings, brownies, and pies. Its sweetness gives food a unique, unforgettable flavor.

Brewers recommend chilling birch beer in the fridge for two days. This technique makes it more crisp and refreshing. On the other hand, restaurant owners suggest serving ice-cold root beer. It’s best to drink it colder than actual beer.

Table of Comparison Between Birch Beer and Root Beer

Here’s an overview of the birch beer and root beer’s differences. It can help you understand each one’s unique features.

This video compares root beer and birch beer during a blind taste test.

Do you want to know more about these two drinks? Here are some of the most posed questions asked by curious drinkers.

Some brewers use birch root in brewing root beer. The addition of this ingredient makes these two drinks taste similar. Modern versions use birch flavoring to enhance the root beer’s flavors.

Birch beer doesn’t smell the same as root beer. Birch beer exudes a minty aroma, similar to methyl salicylate or wintergreen. On the other hand, root beer smells like anise and black licorice. Furthermore, you can perceive notes of spicy basil and fennel. These are natural scents of the sassafras root.

Generally, natural birch beer is healthier than root beer. Birch sap has antioxidants and minerals that can act as analgesics. It can also improve hair and skin health. However, it still has 40 grams of sugar. So, it’s best to consume it moderately.

Root beer nowadays is commercially prepared. So, it does not contain vitamins and minerals like in the old times. It already has preservatives and artificial flavorings. Root beer also has large amounts of high fructose corn syrup. This sweetener is known to be unhealthy.

Red birch beer may have “birch” in its name, but it belongs to the root beer family. Brewers add distilled birch sap to the root beer. This ingredient gives this drink a unique flavor.

So, who wins in the battle of birch beer vs. root beer? When it comes to flavor, these two beverages have their merits. Each one has something delightful to offer.

Although they come from different origins, they possess similar tastes and colors. However, birch beer is the healthier choice. If you wish to enjoy both, it’s best to drink them occasionally.